Mani Shankar Aiyar Did Not Hold 'Secret' Meetings With Pakistan Officials, but Advani Did

In 2000, Pakistani high commissioner Ashraf Jahangir Qazi had more than 20 ‘secret’ meetings with Advani, the then Union home minister. 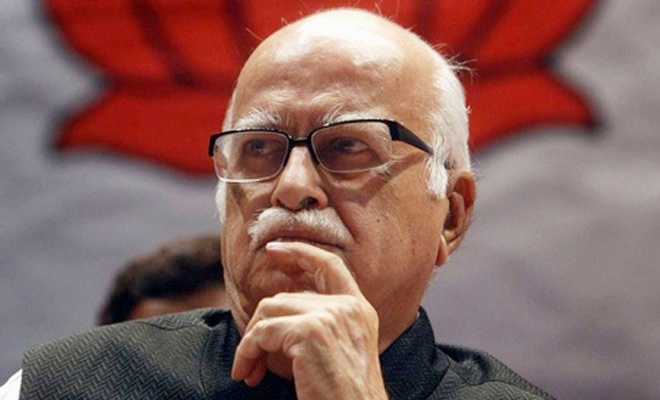 New Delhi: While Prime Minister Narendra Modi accused Congress leaders of holding “secret meetings” with Pakistani officials over the Gujarat elections, there was a time when a senior member of the Indian cabinet actually had ‘secret meetings’ with the Pakistan high commissioner.

During his campaign for the Gujarat elections, Modi said that there was a “meeting between former Pakistan high commissioner, former minister of external affairs of Pakistan, former Vice President Hamid Ansari and former Prime Minister Manmohan Singh” which was “held at Mani Shankar Aiyar’s house.”

“The meeting had run for three hours and the next day he called me ‘neech’”, he added.

Modi noted, “This is an issue of serious concern that when Pakistan has become a sensitive issue for the country then what was the reason to hold a secret meeting with Pakistan when the polls are being held in Gujarat.”

Manmohan Singh has expressed deep hurt at the “ill-advised transgressions” and demanded Modi to “apologise to the nation”.

While the ‘secrecy’ of the current meeting has been stoutly denied, 17 years ago, secret talks were held between the then Union home minister L.K. Advani and Pakistan’s envoy to India during the NDA-I government.

In 2000, Pakistani high commissioner Ashraf Jehangir Qazi had more than 20 ‘secret’ meetings with Advani. This was revealed by the former deputy prime minister in his memoir released in 2008, My Country, My Life.

He also mentioned it at a book release function for senior journalist Karan Thapar in 2006. Advani had acknowledged that Thapar had been the go-between in arranging the meetings.

In 2008, Thapar in his column in the Hindustan Times had stated that the then defence minister George Fernandes had helped to arrange the first meeting at 10 in the morning at Advani’s residence on Pandara road.

Thapar ferried Qazi to the residence and waited for the Pakistani diplomat outside. The initial meeting lasted for 90 minutes.

“Over the next year, there were perhaps 20 such clandestine meetings. The vast majority were at night. I was the chauffeur and the guards at Pandara Road were only given my name. Soon, a routine was established. The two As would disappear into Advani’s study. I would sit with Mrs Advani and Pratibha. When their conversation was over, they’d join us for a cup of tea,” Thapar wrote.

He stated that the meetings were kept secret even from Advani’s closest aides.

When Atal Bihari Vajpayee invited Pervez Musharraf in 2001, Advani asked Thapar to convey to their “common friend” that “he shares the credit for this development” and that the “meetings were a big help”.

This had been accepted by Advani who noted that it was Qazi’s suggestion which led to the invitation to be extended to Musharraf.

“Immediately after Kargil, there was a change of regime in Pakistan and the elected prime minister was replaced by General Musharraf but Ashraf said that if one effort (Vajpayee’s famous Lahore bus trip) did not succeed, it does not mean, another attempt would not succeed and that he should be invited,” Advani had said in 2006, as per a PTI report.

He made the suggestion to Vajpayee “which he accepted though it was not endorsed by all others in the foreign ministry.”

The failure of the Agra summit – and Advani’s apparent role in it – is a well-known tale. However, despite this, Advani had a warm relationship with Qazi – even inviting the Pakistani diplomat a day before he had to leave India following the Kaluchak terror attack.

This episode was also mentioned by former RAW chief A.S. Dulat in his book Kashmir: The Vajpayee Years, which was published in 2015. He quotes Qazi describing Advani as the “architect” of the Agra summit.