An Indian media report erroneously translated her claim that no sainik or nagrik had been killed in the airstrike as 'no Pakistani soldier or citizen died in Balakot', prompting a triumphal reaction from the Pakistani military. 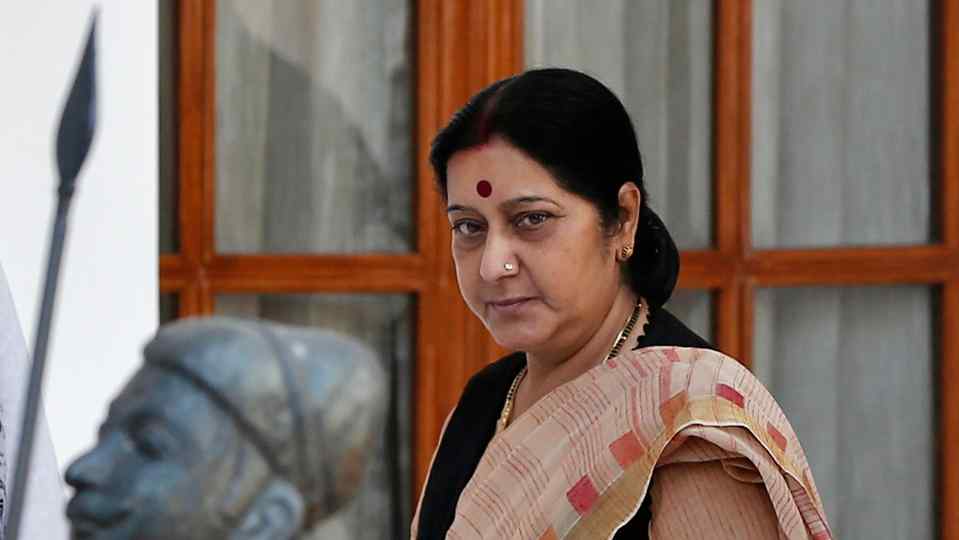 New Delhi: An erroneous translation of remarks in Hindi by external affairs minister Sushma Swaraj prompted Pakistan to claim vindication for its charge that India missed the Jaish-e-Mohammed (JeM) facility it had targeted in Balakot during cross-border airstrikes two months ago.

In a meeting with Bharatiya Janata Party workers in Ahmedabad on Thursday, Swaraj was quoted by a news agency as saying the airstrikes by India inside Pakistani territory on February 26 was an attack on a terror camp and did not harm “any Pakistani citizen or soldier.”

The airstrikes were announced two weeks after JeM claimed responsibility for the suicide bomb attack on the convoy of CRPF that left over 40 dead.

India has officially claimed that “a very large number” of JeM militants were killed in the airstrikes, but has refrained from providing an actual number. Unofficially, BJP ministers and leaders claimed that over 300 terrorists had been killed, but there has been no evidence that such a large number of casualties were caused by the Indian Air Force action.

Therefore, it was a surprise when Swaraj was quoted as claiming that no Pakistani “citizens” had been killed, since India had never stated that the terrorists targeted at Balakot were from other countries.

Predictably, the news agency report, which was published by a number of Indian newspaper sites, led to Pakistan claiming that their version has been proved correct. Islamabad has maintained that the Indian fighters dropped their payload prematurely when intercepted by the Pakistan Air Force and that the airstrike caused no damage or casualties.

“Finally the truth under ground reality compulsions. Hopefully, so will be about other false Indian claims ie surgical strike 2016, denial of shooting down of 2 IAF jets by PAF and claim about F16. Better late than never,” tweeted director general, Inter-service press relations, Major General Asif Ghafoor. He was implying that Swaraj had inadvertently endorsed Pakistan’s claim that Indian bombs hit the mountainside and did not damage the main building.

Finally the truth under ground reality compulsions. Hopefully, so will be about other false Indian claims ie surgical strike 2016, denial of shooting down of 2 IAF jets by PAF and claim about F16. Better late than never.#TruthPrevails#PakistanZindabad https://t.co/Kim8CZTdlJ

There has been no response yet from Swaraj or the ministry of external affairs to the Pakistani military’s tweet.

However, MEA sources asserted that the minister was had referred to Pakistani ‘civilians’, and not ‘citizens’, as was erroneously reported.

India’s official statements on the airstrikes have always said that no civilians were harmed.

As can be seen from a video recording of Swaraj’s speech on social media, the minister uses the Hindi word, ‘nagrik’ in her remarks. “Pakistan ka koi nagrik nahin marna chahiye, Pakistan ke sena ko kharoch nahin aani chahiye,” were the instructions given to Indian military about the airstrikes, she stated. These orders were implemented and no Pakistani “nagrik” or “sainik” was touched, Swaraj added.

In Hindi, the word nagrik can mean citizen or civilian. Certainly, in the context of her formulation, it refers to ‘civilian’. A ‘sainik’ or a soldier is, of course, a citizen by default. Therefore, when Swaraj refers to ‘sainik’ and ‘nagrik’ in the same breath, her connotation is clearly about civilians.  While ‘asainik’ is a specific word for civilian, it is mostly used to describe a facility.