When the head of the Tibetan government-in-exile was invited five years ago, China lodged an official protest with the Indian government. The Wire Staff
Diplomacy
Government
30/May/2019

New Delhi: Compared to five years ago, there was one face missing among the thousands of guests invited to Prime Minister Narendra Modi’s swearing-in ceremony at Rashtrapati Bhawan on Thursday.

In 2014, Lobsang Sangey, the head of the Tibetan government-in-exile, was among the array of high-profile guests who watched Modi being sworn in. This time, he was absent.

After Modi’s re-election on May 23, Sangey sent a congratulatory message, noting, “No country has done more for Tibetans than India and its generous people.”

Sangey is currently abroad on an official tour in the US and is scheduled to return to India on June 4.

When Sangey was spotted at Rashtrapati Bhawan on May 26, 2014, it raised eyebrows as this was the first time that political leaders of the CTA were invited to the swearing-in ceremony of any leader of the Indian government.

It had certainly raised eyebrows in Beijing. China lodged an official protest with India about Sangey’s presence at the presidential palace.

India has a one-China policy, but has provided space to Tibetan refugees and considers the Dalai Lama a “revered spiritual leader”.

Five years ago, China was quick off the mark. Chinese foreign minister Wang Yi traveled to Delhi as a special envoy to meet with the new Indian leadership. 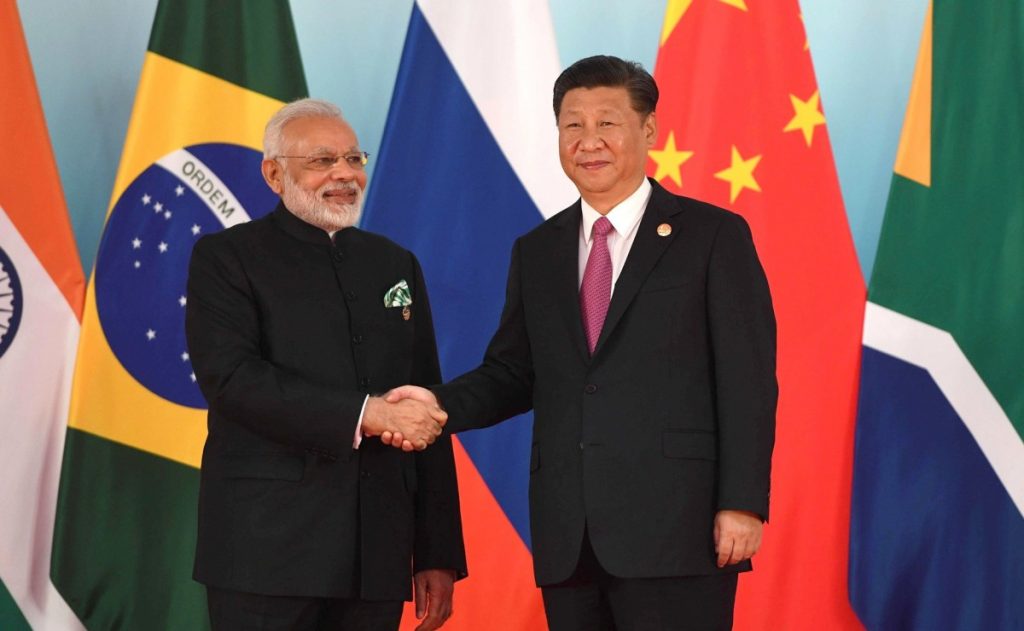 However, India’s relations with China remained fraught for the larger part of Modi’s first term.

In April 2015, China formally announced the launch of the China-Pakistan Economic Corridor (CPEC), which would pass through the disputed region of Gilgit-Baltistan. India has stayed out of China’s Belt and Road Initiative, largely based on its opposition to the CPEC’s route.

That same month, India gave visas for Uighur activists to attend a conference on China and democracy in Dharamshala. After official protests from China, India revoked the visa for some of the participants travelling from Germany, US and Hong Kong. However, the conference took place, but with a lower profile.

Also Read: The Modi Government Must Realise the Folly of India Playing the ‘Tibet Card’

In 2016, India’s high-octane diplomacy for membership in the Nuclear Suppliers Group could not move China to remove its objection at the plenary meeting in Seoul.

There were other pin-pricks, such as China’s hold over the listing of Jaish-e-Mohammad supremo Masood Azhar in the UN.

The relations reached their lowest trough over the Doklam crisis in 2017, when the armies of China and India remained on a stand-off for 73 days near the tri-junction border region in Bhutan. It ended when troops of both countries withdrew to their previous position.

The informal summit in Wuhan in May 2018 was the official ‘reset’ to Sino-Indian ties, which have remained on an even keel since then.

Ahead of the informal summit, Indian government issued a circular “discouraging” government officials from attending events commemorating 60 years of the Dalai Lama’s exile in India. This had led the CTA to shift all major events from Delhi to Dharamshala.

China’s removal of its hold on the listing of Masood Azhar earlier this month was Beijing’s signal that it didn’t want this issue to remain on the table.

With India set to host President Xi Jinping for the second informal summit later this year, the exclusion of Lobsang Sangey from the invitation list is a sign that both sides do not want to take any steps that will irk the other and shatter the current momentum in relations.