In a First, Russia Talks of UN Resolutions on Kashmir

Moscow's support for India in the UN came with a twist – a reference to Security Council resolutions New Delhi regards as long defunct. 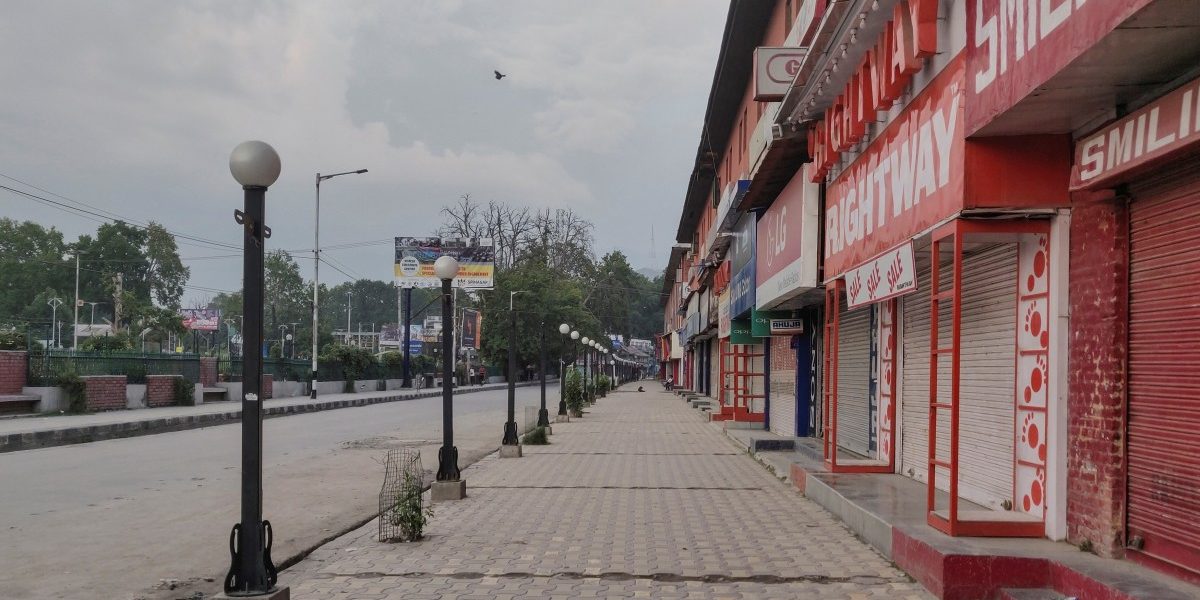 View of a deserted road during restrictions in Srinagar, August 5, 2019. Photo: Reuters/Devjyot Ghoshal

New Delhi: There was some mystery surrounding Russia’s positioning in New York in the run-up to the UN Security Council informal consultations on Kashmir. Moscow backed India but the support came with a twist – a reference to Security Council resolutions Delhi regards as long defunct.

On Friday, the UNSC discussed India’s move to revoke the special constitutional status of Kashmir and bifurcate the state into two union territories. While the meeting took place behind closed doors, it was the first time that the members of UNSC conferred on “India-Pakistan question” since December 1971.

The Council’s president, Joanna Wronecka of Poland, however, did not get the green light from all members to issue a public statement, much to India’s respite. China came out at the end of the meeting to convey a “general will” of the members against “unilateral actions”.

But India’s envoy to the UN, Syed Akbaruddin, contended that China wasn’t being honest. Multiple diplomatic sources also confirmed that the Chinese permanent representative to the UN, Zhang Jun, was not authorised on behalf of other members, and neither was his summary accurate.

At the meeting itself, Russia backed India’s position, according to sources aware of the proceedings. The US and France also effectively blocked China’s attempt to get the Council president to issue a public statement.

But it was the build-up to the meeting which led observers to note a wavering in Russia’s actions.

Russia’s first deputy permanent representative Dmitry Polyanskiy told reporters before the start of the meeting that he favoured a “bilateral track”.

He also posted a tweet that Russia hopes that Kashmir will be settled “bilaterally by political and diplomatic means only”. This tweet received wide play on the social media platform, especially among Indian users and media.

#Russia continues to consistently promote normalisation of #India – #Pakistan ties. We hope that existing divergences around #Kasmir will be settled bilaterally by political and diplomatic means only..

His second tweet, posted a minute later, didn’t receive as much attention – but marked a sharp variance from Russia’s traditional position on Kashmir.

Polyanskiy wrote the Kashmir dispute should be in accordance with bilateral agreements as per the 1972 Shimla Agreement and Lahore Declaration. Then, he added “UN Charter” and “relevant UN resolutions” to the mix. This Twitter post, along with the other two on Kashmir, was retweeted by the Russian foreign ministry’s official twitter account.

.. on the basis of Simla Agreement of 1972 and Lahore declaration of 1999, in accordance with UN Charter, relevant UN resolutions and bilateral agreements between India and Pakistan

After about half an hour, he tweeted that Russia was “friends and partners with both India and Pakistan” and had “no hidden agenda”.

Indian officials were quick to note the reference to “relevant UN resolutions”, which is a stance largely only followed by Pakistan and China. The Chinese envoy, in his statement on Friday, had also mentioned that Kashmir should be resolved “in accordance with UN Charter, UN relevant resolutions and bilateral agreements”.

New Delhi, of course, considers the UNSC resolutions of 1948 as redundant following the signing of the 1972 Simla Agreement that calls on both countries to settle disputes on a bilateral basis.

Russia has never referred to UNSC resolutions in the context of Kashmir, as its stance has been shaped by historical close ties with India. During the 1950s, Soviet Leaders had travelled to Srinagar and Moscow had used vetoes in favour of India at Security Council.

The Russian diplomat’s tweets were striking as Moscow’s previous remarks after August 5 had not indicated any imminent change in Kashmir policy.

On August 9, Russian foreign ministry spokesperson Maria Zakharova said in answer to a media query that differences over Kashmir should be “resolved by political and diplomatic means on a bilateral basis in accordance with the provisions of the Simla Agreement of 1972 and the Lahore Declaration of 1999”. She had made no mention of UNSC resolutions.

Similarly, a Russian foreign ministry readout of the phone call between Pakistan foreign minister S.M. Qureshi and foreign minister Sergei Lavrov only stated that the two South Asian nations had no option but to resolve their divergences on a “bilateral basis by political and diplomatic means”. Again, there was no mention of UNSC resolutions – which has been the consistent Russian position, till now.

Therefore, the appearance of “relevant UN resolutions” in the tweet of a Russian diplomat in New York, which was also re-tweeted by the foreign ministry, has raised eyebrows. 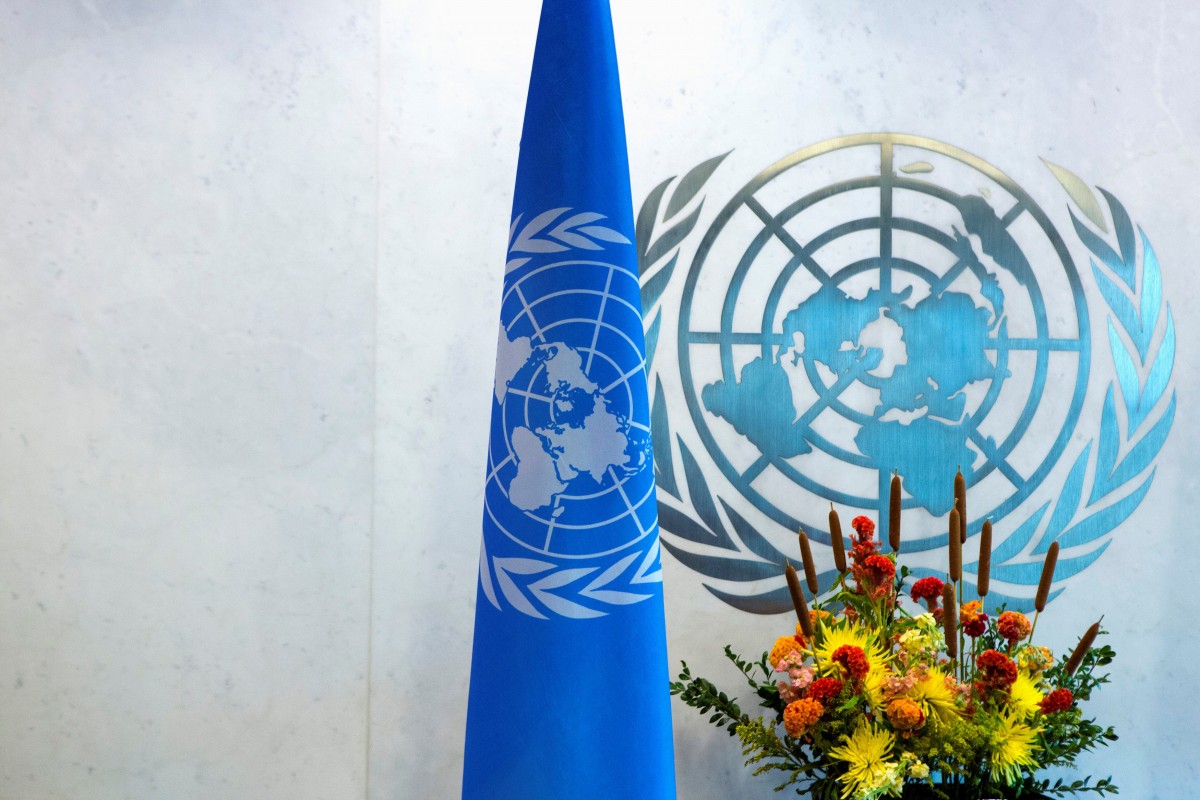 Diplomatic sources alleged that Russia in New York had actually supported China’s proposal for an open meeting. This was, however, steadfastly denied by Indian government officials.

The Wire had learnt Russia informed India that Lavrov conveyed to Qureshi on August 14 that Moscow had opposed China’s call an open meeting of Security Council on latest developments in Kashmir. However, since China had made the request, Russia agreed to the closed door informal consultations.

Around that time, Polyanskiy was asked by reporters at UN headquarters whether Russia would support having a meeting on this issue. He replied that Russia wouldn’t object “if it is a closed meeting”.

To another question on why the meeting had to be closed, Polyanskiy answered, “Because we need to discuss it first of all among ourselves it has been a long-time since the SC touched upon this file so we need to compare notes and to reload this file I will see.”

After the conclusion of the closed-door meeting, Indian officials named US, France and Russia as having solidly batted for India.

While relations between India and Russia have remained outwardly strong, there has been a niggling perception that both sides have taken their eyes of the ball, as they became enamoured by new friends.

In Moscow, the complaint was that India had grown too close to the US. In turn, India has been uncomfortable with the West’s targeting of Russia, which it believes has pushed Putin into China’s open embrace.

It was the perceived drift that led to the first Informal Summit in Sochi in May 2018. This year, Indian Prime Minister Narendra Modi will travel to Russia to be the chief guest at the Eastern Economic summit in Vladivostok. Despite looming threat of US sanctions, India also signed the $5.43 deal to buy Russian S-400 missile defence system. There are also other defence purchases in the pipeline.

But the defence relationship remains the most healthy aspect of India-Russia ties – in spite of efforts on bilateral trade and cooperation on regional and global issues.

The antagonism with the West, believed an Indian official, may be the reason for Russia to be not be visibly active in backing India’s priorities at United Nations, like the blacklisting of Jaish-e-Mohammed Masood Azhar, as they were promoted strongly by western P-5 nations. However, Indian officials insist that Russia had always endorsed New Delhi during the actual voting process.

In India’s neighbourhood, Russia has been reaching out to Pakistan with the intention to carve out space for diplomatic manoeuvres in the Afghan peace process with the Taliban.

In fact, the outreach to Pakistan had led to a rare public complaint in September 2016, after media reported that Russia would hold a bilateral military exercise in Gilgit-Baltistan.

Asserting that Pakistan-occupied Kashmir was a part of India, the Indian foreign ministry spokesperson said that Indian sensitivity on this matter was well-known and “given our privileged and strategic partnership with Russia, we have rightfully conveyed our concerns to them”. Since then, Russia has conducted bilateral exercises with Pakistan in Khyber-Pakhtunkhwa, even though India would prefer none at all.