There is uncertainty over several modalities, ranging from the list of high-profile Indian visitors to a possible passport exemption on select days. 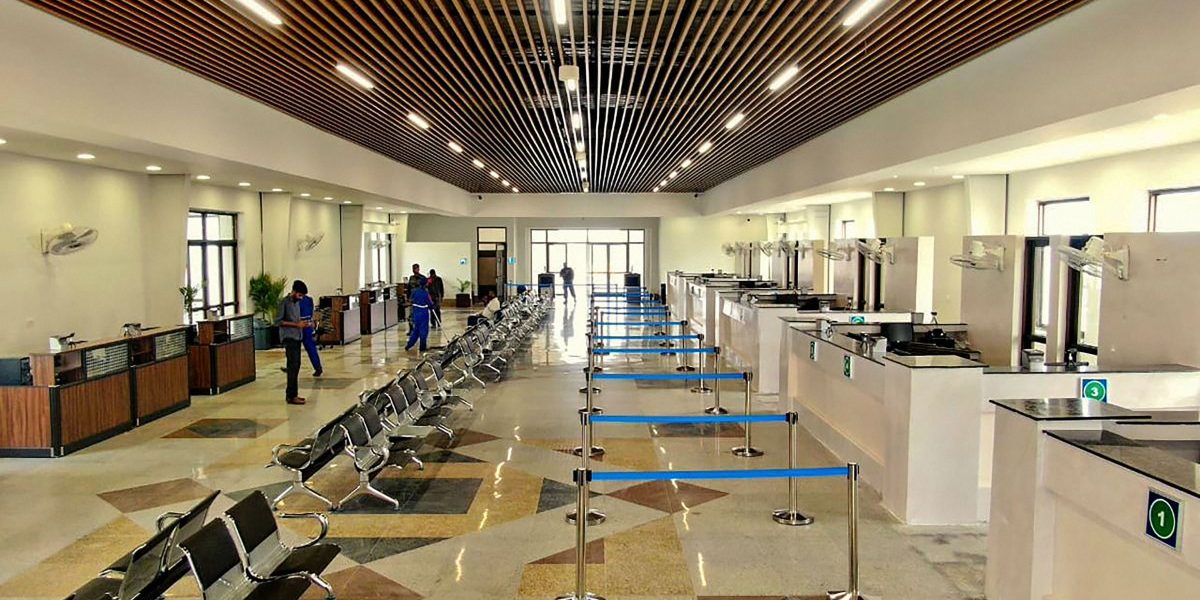 A picture of a gallery at Gurdwara Darbar Sahib Kartarpur also called Kartarpur Sahib that was posted by Pakistan Prime Minister Imran Khan on his twitter account on Sunday. Photo: PTI

New Delhi: Uncertainty reigns over the modalities for ushering in the inaugural high-profile batch of pilgrims to Kartarpur Sahib, two days before the opening of the gates. Pakistan’s ‘military zeal’ to launch the project has kept India in a state of steady dilemma over the last one year. New Delhi too is keen to harvest some political credit for opening up the pilgrimage channel despite concerns over infiltration by Khalistani elements.

On November 9, the first batch of Indian pilgrims will go through the trans-border corridor that will link two important holy sites connected to the founder of Sikhism, Guru Nanak. The infrastructure development had begun a year earlier so that the inauguration could mark the 550th birth anniversary of Guru Nanak.

While the infrastructure seems to be in place, the modalities over the inaugural ‘jatha’ from India are still to be sorted out, a mere two days before the corridor is opened formally.

Also read: An Ex PM, Two Ministers and a CM in First List of Indian Pilgrims

Indian government sources have complained that Pakistan has still to give its response on the list of 550 high-level dignitaries, which include former Prime Minister Manmohan Singh, two Union ministers and Punjab chief minister Captain Amarinder Singh.

Pakistan had also apparently turned down the proposal for an ‘advance team’ to visit Kartarpur corridor. “This was required as there are people like a former prime minister and ministers who require protocol and security in the team. The visit of the advance team would have clarified their requirements to the Pakistanis,” said sources.

Instead, it was Indian high commission officials went to Kartarpur sahib to check plans and look at preparations. “We have got an initial report from them,” said a source. If Pakistan does not allow the allotted security personnel of Indian dignitaries to escort the jatha, then the final call on the participation of the Indian leaders will have to be taken by them. “We have told the Pakistanis that, for example, the Punjab chief minister has threats from Khalistani elements and should have his own security”.

India has also expressed concern about the “public messaging” done by Pakistan, where only the Sikh community has been singled out as those who could benefit from this measure. “There are lots of adherents of different faiths in India who follow Guru Nanak. We have pointed this out”.

The confusion over Prime Minister Imran Khan’s announcement via a tweet, that Sikhs will not have to show their passport when they travel through the corridor on November 9 and November 12, has also still not been resolved.

For Sikhs coming for pilgrimage to Kartarpur from India, I have waived off 2 requirements: i) they wont need a passport – just a valid ID; ii) they no longer have to register 10 days in advance. Also, no fee will be charged on day of inauguration & on Guruji’s 550th birthday

“The bilateral agreement remains the cornerstone on how the corridor will operate…the agreement says that the passport will be the identifying document for Indian nationals. Pakistan has not told us if they want to amend it, despite us asking them about it. So, we will go by what’s there in the bilateral agreement,” he said.

Indian officials, however, marvelled at Pakistan’s “unusual alacrity” and “military zeal” in completing the project.

They claim that Imran Khan had announced the proposal of the Kartarpur project when he was sworn in as prime minister in 2018. “That should make it clear the decision to go forward on the Kartarpur project pre-dates Imran khan. It is really an initiative of the Pakistan army,” said a source in the Indian government.

They noted that the aim was to create a degree of “leverage”, especially in the Sikh community and in a border state of India. The upcoming so-called ‘2020 referendum’ is also part of this gameplan, the source said.

Indian officials asserted that New Delhi was “dealing with a state that is a huge propaganda machine”. They also cautioned that the Pakistan government views journalists as a “tool” – and visiting Indian scribes would do well to bear that in mind while covering the inauguration of the event from Pakistani territory. 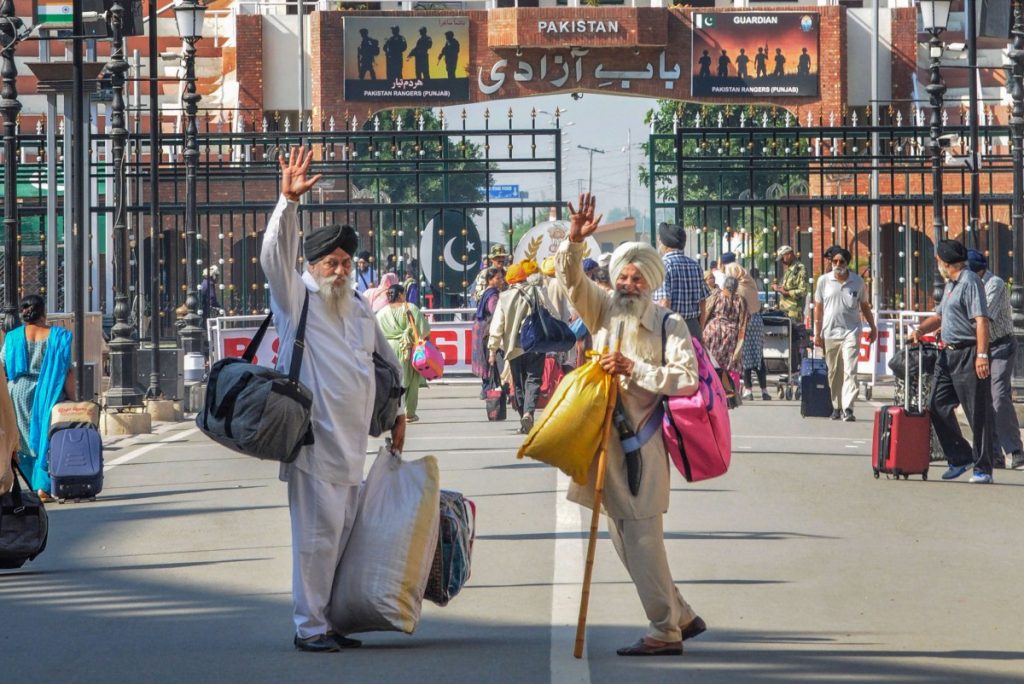 Sikh devotees wave as they leave for Pakistan via Attari-Wagah border to celebrate the 550th birth anniversary of Guru Nanak Dev ji at Gurdwara Darbar Sahib Kartarpur, at Attari about 35km from Amritsar. Photo: PTI

“We walked into this with our eyes wide open. But, as a democracy, we were led by sentiments of the people of Punjab,” said an Indian government official.

Since last year, there had been a tug of war between the various political players in Punjab, including the chief minister, the state opposition and central ruling alliance member, Shiromani Akali Dal (SAD), and the former Congress minister, Navjot Singh Sidhu.

While Amarinder Singh competed with Sidhu to take credit, BJP and SAD – at the centre – were worried that not backing the project may lead to it losing ground, politically in Punjab, where the Kartarpur project has emotional resonance.

On Wednesday evening, union home minister Amit Shah tweeted that the “policies of the prime minister have melted the borders that stood in the way of faith and religion”.

Sidhu had been the chief attraction at Pakistan’s inaugural ceremony at the project, overshadowing the presence of Indian Union ministers Hardeep Puri and Harsimrat Singh Badal.

Indian security agencies have been mainly concerned that Sikh pilgrimage spots and religious sites in Pakistan are often the venues to promote imagery related to the Khalistani separatist movement.

India had asked for removal of all images and propaganda related to Khalistan at Kartarpur. However, the official song released by the Pakistan government has a shot of a smiling Sikh pilgrim in front of a board that has images of separatist leaders like Jarnail Singh Bhindranwale.

However, Indian sources also stated that there has been a noticeable decrease in Khalistani propaganda in Sikh religious sites in Pakistan in the last couple of months. “But, we don’t know if it is a trend as this kind of support is turned off and on by Pakistan deliberately”.

Meanwhile, PTI reported that Pakistan’s Evacuee Trust Property Board (ETPB) chairman Amir Ahmed has stated that “political activity” will not be allowed in Pakistani gurudwaras.

“No political activity is allowed at the religious place (gurdwara). It is strictly banned and the action will be taken if any one (Sikh) is involved in political activities during his visit here to take part in religious festivities,” Amir Ahmed told PTI.