Union minister Hardeep Puri delivered the letter to the Afghan Sikh community at the last rites of the Sikh man killed in the blast, where the Afghan ambassador to India called the blast an "attack on the entire civilised population of Afghanistan". 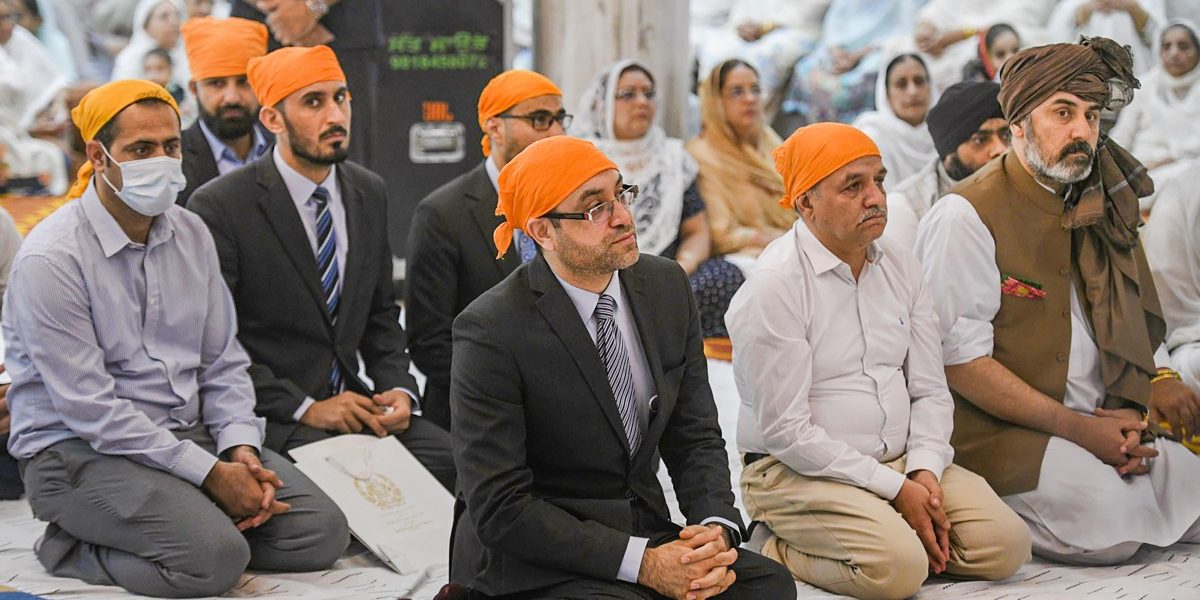 Afghan ambassador to India Farid Mamundzay during the last rites of Sawinder Singh, who was killed in the attack on the gurudwara in Kabul on June 18. Photo: PTI.

New Delhi: Prime Minister Narendra Modi on Monday, June 20, wrote an open letter to the Sikh community in Afghanistan condemning the bombing of a Gurdwara in Kabul on Saturday in which two individuals were killed.

At around 6 am on Saturday, explosions rocked the Gurdwara Karte Parwan in Kabul’s Bagh-e Bala area. While there were reportedly 30 people at the site at the time of the explosions, seven were injured and two killed, which included a Sikh devotee and an employee of the Gurdwara.

Calling the attack on the Gurdwara “barbaric” and a “ghastly attack on humanity”,  the Prime Minister’s letter begins with a “salute” to the courage and strength of the Afghan Sikh community.

It goes on two mention the names of the two casualties of the terror attack – Sawinder Singh and Afghan citizen Ahmed Moradi – and offers condolences to the victims families.

After offering prayers for the speedy recovery of those injured, the letter concludes by saying, “I wish to express India’s solidarity with the Afghan Hindu-Sikh community at this difficult moment of suffering and pain.” 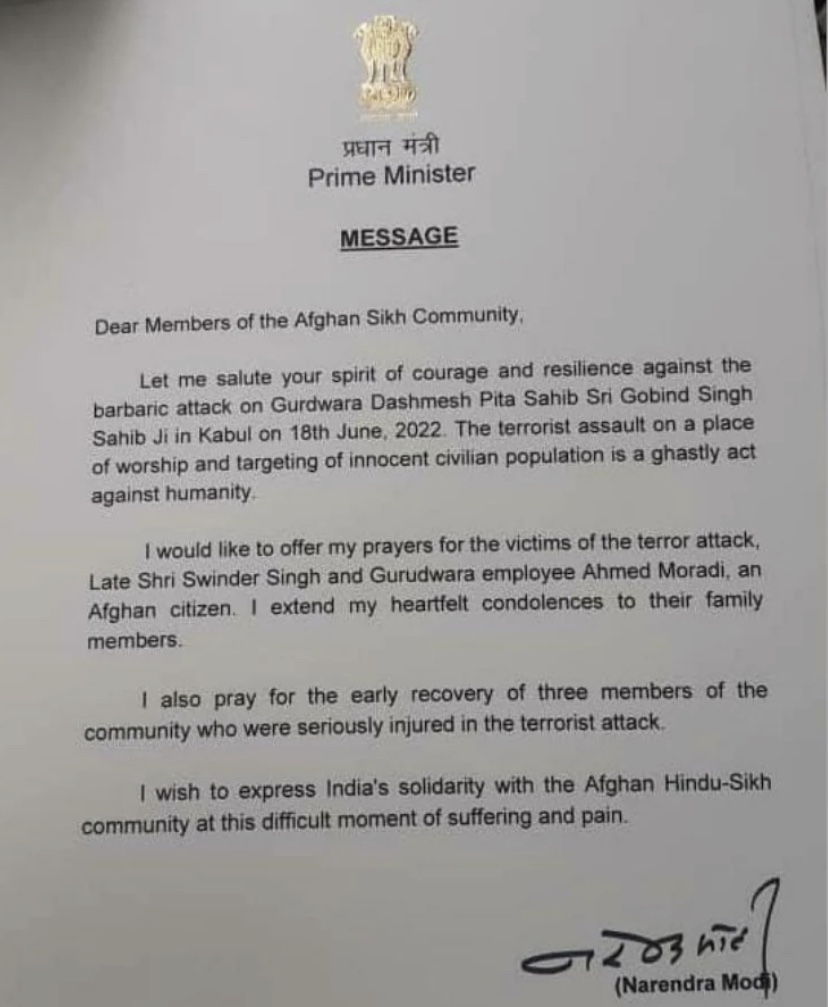 The letter was delivered to members of the Afghan Sikh community residing in India by Union minister Hardeep Puri, who had interacted with them while attending Sawinder Singh’s last rites in Delhi’s Tilak Nagar. 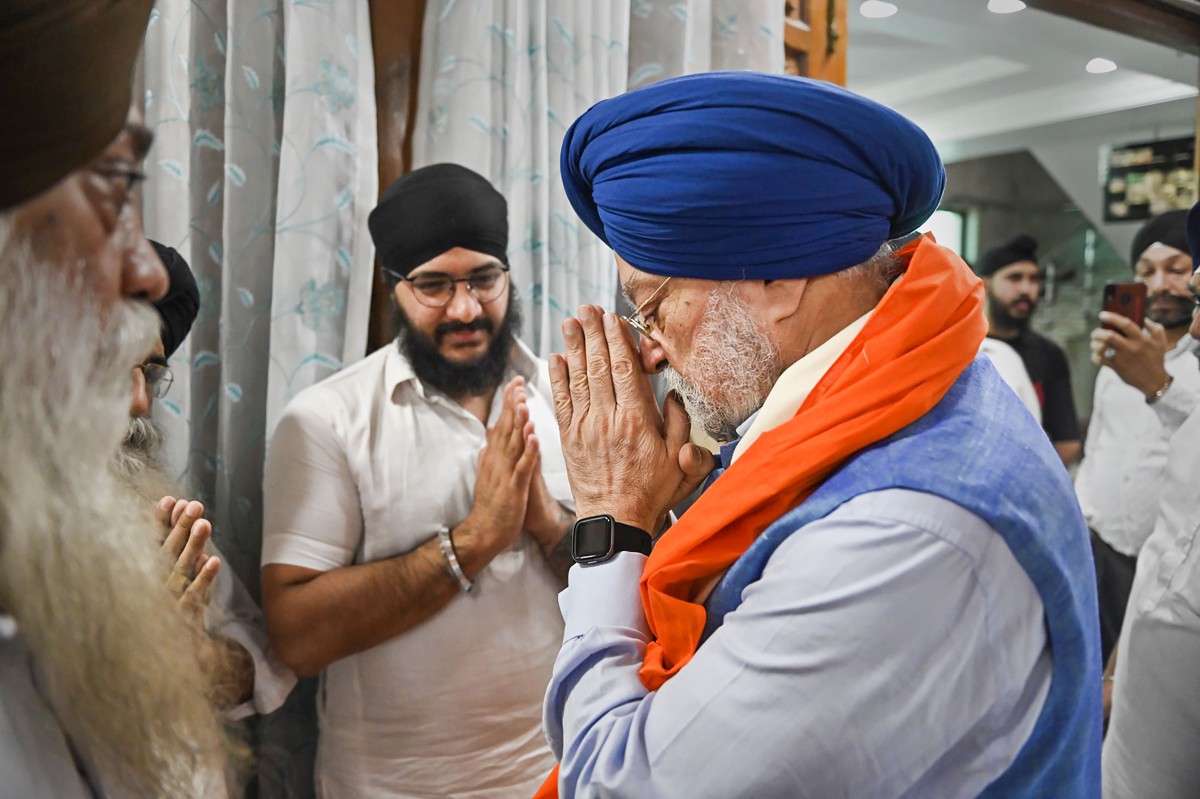 Singh’s last rites were also attended by Afghan Embassy delegation, including the ambassador to India, Farid Mamundzay, who described the attack on the Gurdwara as not just an attack on a Sikh place of worship, but also an attack on the entire civilised population of Afghanistan, according to a Hindustan TImes report.

Saying that Sikhs have lived in Afghanistan for centuries, Mamundzay told news agency ANI that talks were on with the Indian government to bring back all the Sikhs who want to come to India.

India at the UN

On Saturday, the day the attack took place, India recalled it at the United Nations while stressing that hatred and discrimination against all religions should be given equal importance.

Speaking at a high-level meeting in the UN General Assembly to mark the commemoration of the first International Day for Countering Hate Speech, India’s Permanent Representative to the UN Ambassador T.S. Tirumurti said that India has, time and again, emphasised that combating religiophobia can never succeed if it continues to be exclusionary and remains restricted to one or two religions only, while completely ignoring the rise in hatred and discrimination against non-Abrahamic religions including Buddhism, Hinduism and Sikhism, according to news agency PTI.

“The Gurdwara Karte Parwan was attacked, desecrated and damaged. We condemn in the strongest terms this cowardly, dastardly attack where lives were tragically lost. It’s time the UN member states condemned hatred against non-Abrahamic religions as well and stop from being selective in combating religiophobia,” PTI quoted Tirumurti as saying.

The day after the terror attack, the Indian government had reportedly given ‘priority visas’ to over 100 Afghan Sikhs and Hindus.

Sawinder Singh’s widow had told news agency PTI that he had been awaiting approval for an e-visa to return to India when he was killed. It was approved a day after the attack.

The Islamic State Khorasan Province (ISKP), a branch of the terror outfit, the Islamic State (IS), had claimed responsibility for the attack in its aftermath. The outfit had said that the attack was a response to insults levelled against the Prophet, ostensibly referring to the derogatory comments made by suspended Bharatiya Janata Party (BJP) Nupur Sharma during a TV news debate last month.

The remarks had garnered severe criticism from numerous Islamic nations and bodies, including Afghanistan.