Representative Pramila Jayapal of the House Foreign Affairs Committee had introduced a resolution urging the Indian government to lift the communications clampdown in Kashmir. 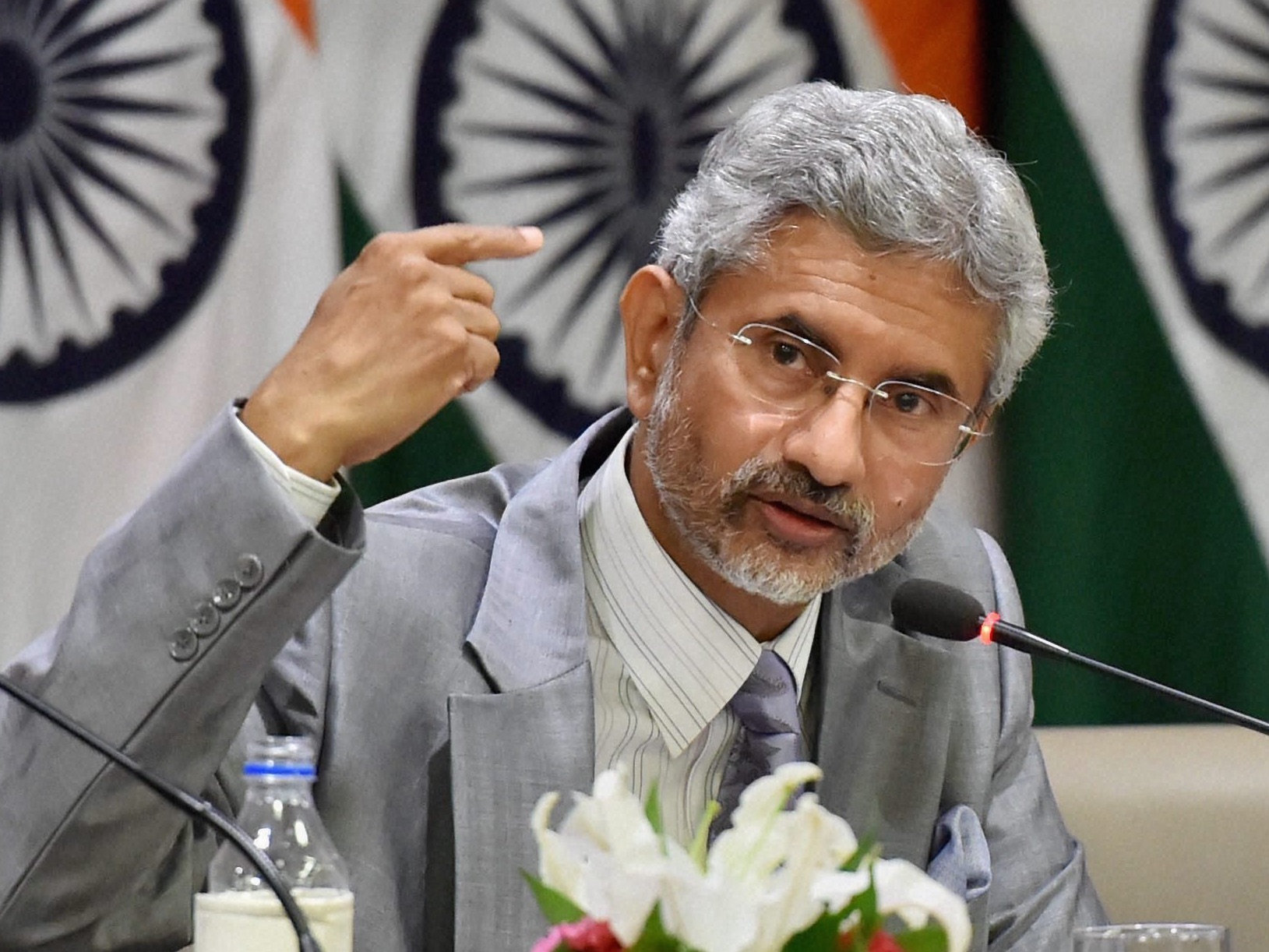 New Delhi: Union Minister of External Affairs S. Jaishankar cancelled a meeting with the top leadership of the US House Foreign Affairs Committee after they insisted that sponsors of two recent draft resolutions criticising India be present at the meeting.

The Washington Post reported on Thursday that Jaishankar, who is in Washington for ‘2+2’ talks with the US, was supposed to meet with the “chairman of the House Foreign Affairs Committee, Rep. Eliot L. Engel (D-N.Y.), the committee’s top Republican, Rep. Michael McCaul (Tex.), and others, including Rep. Pramila Jayapal (D-Wash.)”.

The US lawmaker later tweeted that the cancellation of the meeting was “deeply disturbing”. “It only furthers the idea that the Indian government isn’t willing to listen to any dissent at all,” she tweeted.

The cancellation of this meeting was deeply disturbing.

It only furthers the idea that the Indian government isn’t willing to listen to any dissent at all. https://t.co/EMeqIr05VJ

The US lawmaker introduced a resolution in the Congress on December 6 urging the Indian government to lift the communications clampdown, release political detainees and preserve religious freedom in Kashmir.

Following the Washington Post‘s report, Jaishankar told Indian reporters that he didn’t think that it was a “fair understanding of situation in Jammu and Kashmir or fair characterization of what Government of India is doing”.

“I have no interest in meeting her,” Jaishankar added.

Indian government sources further told The Wire that the committee leadership had “deliberately changed the rules of the game from meeting the HFAC to meeting the co-sponsors of the bill”.

It was felt, by Indian officials, that the meeting would be an opportunity for Pramila Jayapal and Rashida Tlaib to “harangue instead of having a constructive engagement with the Chair and ranking member”.

“As the official spokesperson said, we are open to meeting those who are open minded and objective but not those who are not,” said sources, echoing Jaishankar’s words.

Jaishankar at the end of the 2+2 talks. Twitter/@DrSJaishankar

Jaishankar had previously met Jayapal as the Indian foreign secretary in 2017. She had been a part of a congressional delegation led by Nancy Pelosi, the then House Democratic leader and current Speaker of the House. The delegation met with Indian Prime Minister Narendra Modi, the then finance and defence minister Arun Jaitley and foreign secretary Jaishankar.

As reported by PTI, Jaishankar said that he had shared his perspective on the new Act with other lawmakers. “I gave them a more accurate picture than they have been getting from what they read,” he said.

Incidentally, Sherman had been the chair of the October hearing of the HFAC’s subcommittee that had strongly criticised India for barring access to foreign journalists, senators and diplomats, political detentions and the communications blockade in Kashmir.

Sherman had himself raised the Citizenship Amendment Bill at the public hearing in Capitol Hill. “Is this a serious legislative proposal or a just a crackpot idea going nowhere,” he asked from the US state department official testifying at the hearing. The official admitted that it was “a serious legislative proposal”, but claimed that “thankfully, it is not going through the upper house”.

Sherman persuaded the official to publicly condemn the Bill, when he demanded to know whether Washington had criticised the draft legislation for defining someone’s legal rights obligations based on their religion. “We are doing it right here. This is a good opportunity to do it,” answered the US official on October 22.

Currently, the number of co-sponsors for Jayapal’s resolution stands at 29, including two Republicans. Ten additional co-sponsors were added on Thursday, all of them Democrats.

Meanwhile, Democrat senator and a candidate for the presidential ticket, Elizabeth Warren was the first one to react to the Indian minister cancelling his meeting with HFAC members.

Efforts to silence @PramilaJayapal are deeply troubling. The U.S. and India have an important partnership—but our partnership can only succeed if it is rooted in honest dialogue and shared respect for religious pluralism, democracy, and human rights. https://t.co/hx5H5Rpxqg

Officials had indicated that her resolution could pass in the Democrat-controlled House, but with a low margin. If it does, it would be the first time that the US Congress would approve a resolution critical of India in several decades.

Jayapal said that she plans to renew her push for the resolution in January.  “My constituents care about the human rights situation, thousands of people detained without charges, and a communication crackdown that makes daily life more difficult…It has been extremely brutal for families in Kashmir”. 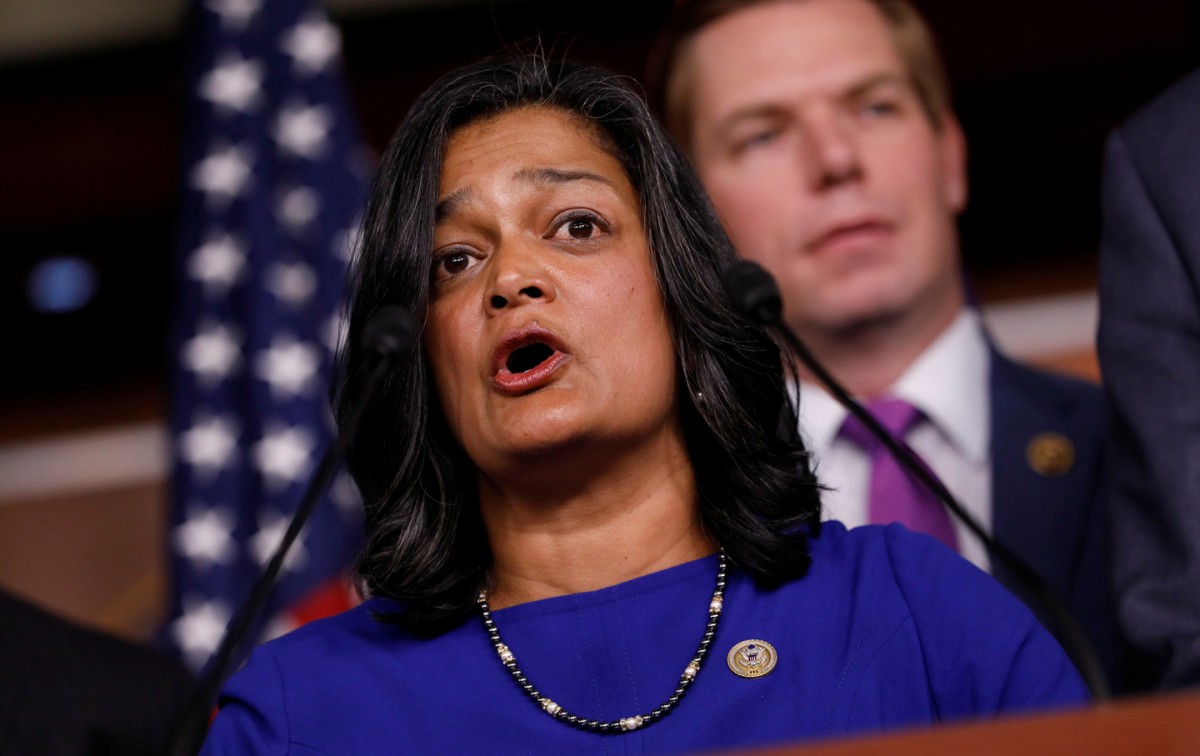 Earlier on November 22, Democrat congresswoman Rashida Tlaib had also introduced a resolution “condemning the human rights violations taking place in Jammu and Kashmir and supporting Kashmiri self-determination”. However, unlike Jayapal’s resolution, Talib’s has not gotten any co-sponsors so far. US officials also do not believe that Talib’s resolution will see the light of day. So far, neither Jayapal or Talib are co-sponsors of each other’s draft resolutions.

Jayapal’s resolution had a reference to the “dire security challenges faced by the Government and India in Jammu and Kashmir and the continuing threat of state-supported cross-border terrorism”. It also recognised cross-border terrorism by stating that the February terror attack on Indian security personnel at Pulwama was carried out by an Indian national, who was a member of “Pakistan-based, United States-designated foreign terrorist organisation”.

The Washington Post report also quoted Ashley Tellis, a well-known Indian-American expert on US-India ties, as saying that the cancellation of the meeting by Jaishankar was surprising.

“It’s a missed opportunity…Minister Jaishankar is incredibly thoughtful and articulate — and not engaging with Congress, which has traditionally been a bastion of strong support for India, is short-sighted,” he said.

Note: This article has been updated with Elizabeth Warren’s reaction.