This is especially so when one takes into consideration the fast-moving regional developments, specifically India's failure to isolate Pakistan, the Chinese-Iranian Strategic Partnership deal, and the US's withdrawal from Afghanistan. 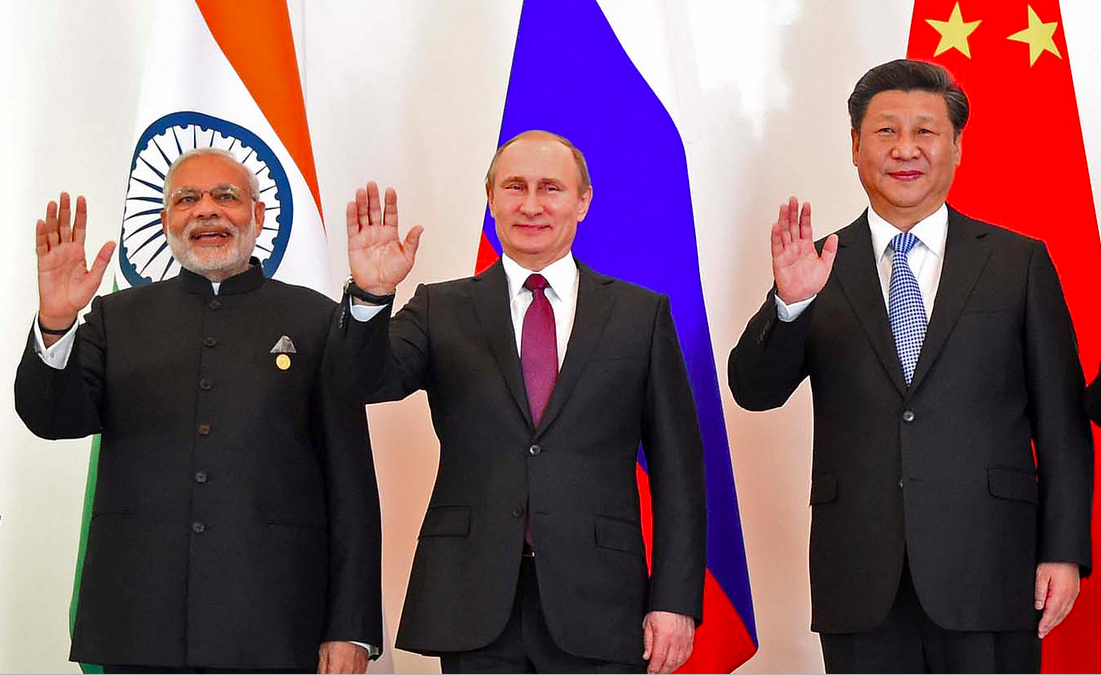 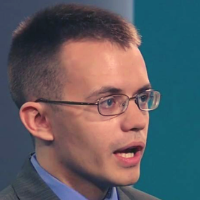 The rapidly evolving regional situation requires India to urgently recalibrate and clarify its multi-alignment strategy. Its policy of isolating Pakistan hasn’t succeeded as planned after ‘great powers’ as diverse as the US, China, the Gulf kingdoms, and even India’s historical ally Russia have increased their engagement with New Delhi’s rival.

The recently clinched 25-year Chinese-Iranian Strategic Partnership enables the People’s Republic of China to expand the flagship project of its Belt and Road Initiative (BRI), the China-Pakistan Economic Corridor (CPEC), westward into the Islamic Republic via the W-CPEC+ vision. In addition, the US’s final decision to fully withdraw from Afghanistan by the 20th anniversary of the 9/11 terrorist attacks completely upsets India’s envisioned endgame in that country.

On top of that, the North-South Transport Corridor (NSTC) with Iran has stalled due to the US’s secondary sanctions threats, which also adversely affects Indian policy towards Afghanistan.

Closer to home, India declined to join the Regional Comprehensive Economic Partnership (RCEP) in November 2020 despite years of negotiations. This was due to its then-simmering tensions with China as a result of last summer’s clashes over the Galwan Valley and the undeclared but low-level trade and tech war between the two neighbouring Asian nations.

Former US president Donald Trump’s loss in last year’s elections resulted in his successor Joe Biden coming to power in the US and changing his country’s policy towards India. This took the form of publicly raising concern about some issues that India regards as strictly domestic ones such as the farmers’ protests and press freedom.

Perhaps due to the US’s increasing unreliability as an ally despite their Quad security partnership, India agreed in February to the synchronised disengagement of forces with China along the Line of Actual Control as well as a surprise ceasefire with Pakistan.

These parallel moves couldn’t have come a moment too soon either since the US continued to prove its unreliability to India through its repeated threats to sanction the South Asian state for its planned purchase of Russia’s S-400 air defence systems and its unexpected violation of the country’s exclusive economic zone during a recent so-called “freedom of navigation” operation (FONOP) in the Indian Ocean.

India’s historical Russian partner had previously warned that the US couldn’t be trusted, though some in New Delhi seemingly thought that they’d be the exception to the historical rule of America disrespecting all of its partners as junior ones due to their shared interests in containing China. Furthermore, the general consensus in New Delhi appeared to have been that Trump would win re-election, so when that didn’t happen, its strategists scrambled to adapt to this new reality.

The trend thus far is that India is gradually recalibrating its multi-alignment strategy after having previously given disproportionate attention to the US in this respect. From an observer’s standpoint, the thinking seemed to have been that the accelerated intensification of relations with the US would facilitate India’s two primary goals of containing China and isolating Pakistan. These definitely didn’t succeed, however, largely because the external perception was that India had abandoned its historical policy of non-alignment and was simply using multi-alignment as a pretext to enter into a de facto comprehensive alliance with the US at China’s expense.

Russian strategists appear to have interpreted this development as extremely disadvantageous for Eurasian stability, which might have influenced the recalibration of their own balancing act that recently led to them moving much closer to China and Pakistan.

To be clear, Russia has reasons to strengthen its ties with China and Pakistan that are separate from anything to do with its special and privileged strategic partnership with India and any of New Delhi’s relations with third parties like Washington. Nevertheless, it’s become popular in India ever since Russian foreign minister Lavrov’s immensely successful trip to Pakistan earlier this month immediately after visiting New Delhi for analysts and even unnamed diplomatic sources publicly express concern about Moscow’s evolving grand strategy towards Eurasia and South Asia in particular.

The unintentional result is that one can’t help but be left with the impression that the special and privileged Russian-Indian Strategic Partnership isn’t what it used to be, which in turn risks creating further uncertainty both for India’s multi-alignment strategy and Russia’s balancing act despite these two approaches being complementary in theory.

With America increasingly revealing itself to be an unreliable ally that disrespects India as a junior partner (which thus raises serious questions about the prior focus of New Delhi’s multi-alignment strategy), as well as historical ties with Russia suddenly being marked by suspicion over Moscow’s concern about the Quad’s impact on Eurasian stability, the time has arguably come for India to recalibrate and clarify its multi-alignment strategy. This is especially so when one takes into consideration the earlier mentioned fast-moving regional developments, specifically India’s failure to isolate Pakistan, the 25-year Chinese-Iranian Strategic Partnership deal, and the planned US withdrawal from Afghanistan. 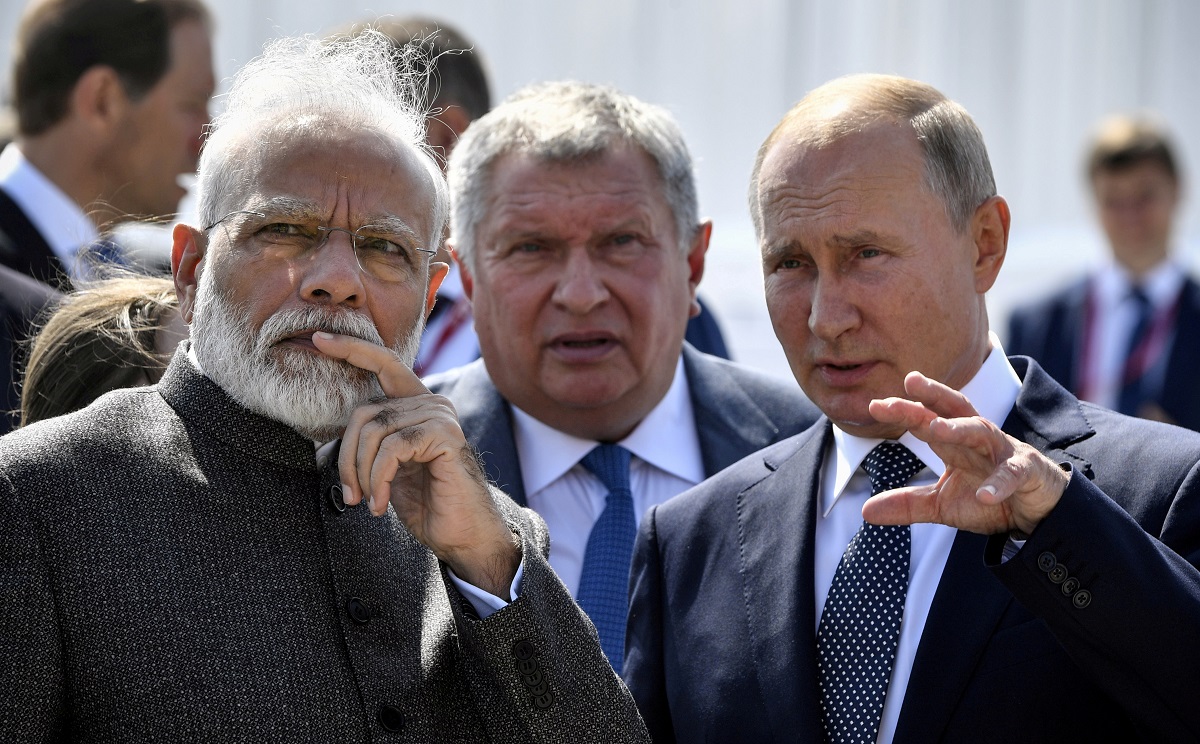 Without rethinking the prior focus of multi-alignment as it has manifested itself over the past few years, India ironically risks isolating itself from the most important regional and global processes, which might ultimately lead to it being taken advantage of by other great powers.

India must therefore seize the initiative in a similar way as Pakistan recently did after its political, military and diplomatic leadership simultaneously unveiled a new multipolar grand strategy during last month’s inaugural Islamabad Security Dialogue. This will take time, of course, but there’s little doubt that this is the need of the hour at such a historical crossroads for Indian policy. Since the widespread perception of India’s Quad partnership with the US is largely responsible for provoking the misperceptions that have since plagued the country’s special and privileged strategic partnership with Russia, it follows that this must be the first item to be addressed above all.

In other words, the Quad concept should be de-securitised at least from the Indian side in order to help alleviate the security dilemma that it contributed to creating with Russia, which in turn accelerated Moscow’s growing relations with both Beijing and Islamabad. That unintentional outcome exacerbated the previously existing but earlier manageable perception gap between Russia and India, thus making Russia less important of a part in India’s multi-alignment strategy and therefore further reducing this policy’s long-term viability in its current manifestation.

A positive suggestion for de-securitising the Quad without offending any of India’s three partners in the bloc is to concentrate more on its economic component, though crucially avoiding doing so in any manner which could spark an economic dilemma with China by making it seem like India is trying to assemble a counterweight to BRI.

India strategists should remember that half of the Quad’s members, Australia and Japan, recently opted to join the RCEP alongside China last year so there’s no reason why their own country should voluntarily distance itself from the People’s Republic at potentially tremendous cost to its own economy considering that Beijing is New Delhi’s top trade partner.

The long-term goal should be for India to help set the stage for an eventual but equal convergence of sorts between the Chinese economy and that of the Quad’s three Asian partners. So as not to leave Russia out of the mix, India should concentrate on developing the Vladivostok-Chennai Maritime Corridor (VCMC) that President Putin and Prime Minister Modi jointly unveiled in September 2019 during the Eastern Economic Forum in Vladivistok.

It would also be a good idea for India to try to involve Japan more in this initiative as well, including through joint projects in both the Russian Far East and Arctic regions.

The elephant in the room is Pakistan, which is impossible to isolate in light of recent events and especially because of how closely its new multipolar grand strategy aligns with Russia’s Greater Eurasian Partnership (GEP). The recent thaw in Indo-Pakistani relations and reports about back-channel diplomacy over Kashmir raise hope that a quasi-normalisation of sorts might soon set in, one which would be mutually beneficial for both sides even if the issue of dispute between them remains unresolved for the indefinite future.

After all, Pakistan ambitiously proposed connecting India with Afghanistan, Central Asia, and by natural extension, even Russia further afield via its own territory to create what can be described as a Central Eurasian Corridor that essentially represents a modern-day revival of the old Kosygin Plan for linking Central and South Asia. This idea is extremely promising and should be pursued by all stakeholders, with India at the forefront.

Also read: What Do Russia-Pakistan Ties Mean for India? A 2015 Russian Paper May Have the Answers

It also shouldn’t be forgotten that Russia and India will resume their annual leadership summit later this year, which affords New Delhi the opportunity to not only unveil a recalibrated form of its multi-alignment strategy, but also to properly clarify its intentions before Russia so as to reduce the growing misperceptions between them in recent years. It’s not enough just to reveal a modified policy of multi-alignment that restores balance to the two pillars of Indian grand strategy – Eurasia and the Indo-Pacific – since this new approach must be compellingly articulated to its intended Russian audience in order to achieve the desired effects.

Should the Indo-Pakistani ceasefire hold and both countries remain on the path towards at least the quasi-normalisation of ties, not to mention if there’s any progress in resuming trade between them even if only to a minimal extent, then Russia might be more convinced of New Delhi’s strategic sincerity.

What’s most important is that India shows Russia that its Quad membership no longer poses the threat of destabilising Eurasia – and by extent, Moscow’s GEP – like was previously feared, but is actually complementary to it insofar as becoming a platform for the future economic integration between this bloc’s three Asian members and the People’s Republic of China like was previously proposed.

Simultaneous progress in enhancing the viability of the VCMC as well as pursuing the normalisation of ties with Pakistan so as facilitate the possible fulfilment of a 21st century Kosygin Plan (the Central Eurasian Corridor from Russia to India via Afghanistan and Pakistan) would go a long way to this end, especially if India has some accomplishments to show Russia before their leadership summit later this year even if they’re only mostly symbolic for now. For this reason, the recalibration and clarification of India’s multi-alignment strategy should commence as soon as possible.