In a one-hour long video of an interaction with the “Kashmiri Hindu diaspora” in New York uploaded by filmmaker Vivek Agnihotri on his Facebook page, consul general Sandeep Chakravorty seems to be speaking as a representative of “Hindus” rather than “Indians” and appears to implicitly endorse Israel’s illegal policy – officially condemned by the Government of India – of blockading the Palestinians, placing restrictions on their movement and building Jewish settlements in occupied Palestinian territory.

Speaking of the need for Kashmiri Pandits to return to their homeland – their forced exodus from the Kashmir valley in 1990 following the onset of the insurgency there is widely acknowledged as one of the great injustices of independent India, on par with the massacre of Sikhs in November 1984 and the mass killing of Muslims in Gujarat in 2002 – Chakravorty said: “Kashmiri culture is Indian culture is Hindu culture… None of us can imagine an India without Kashmir,” he said, to claps from the audience. 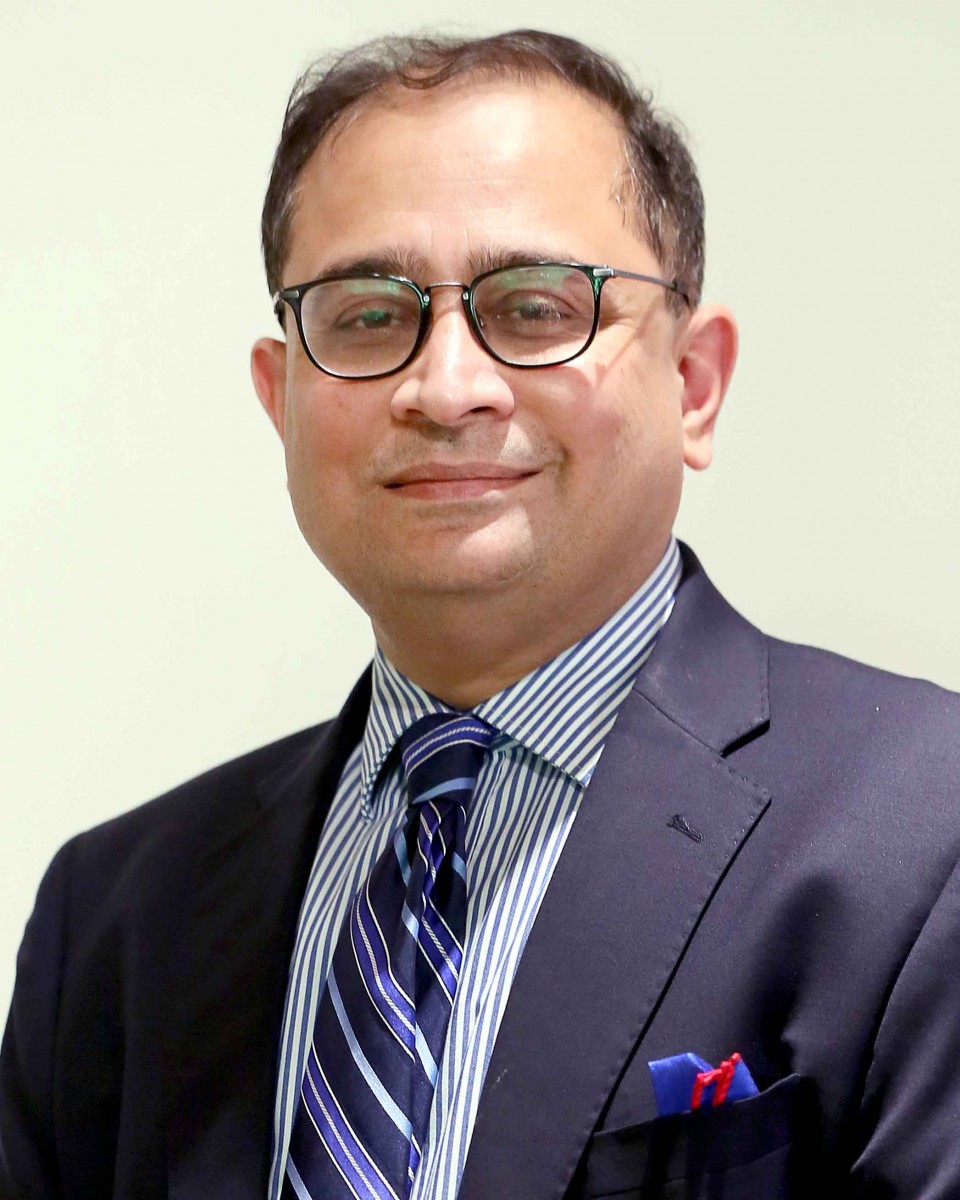 India had “made a strategic blunder of thinking that all of us think like us”, he added referring to a previous speaker who had mentioned that India takes along all religions.

“We should start thinking like the others. [That is] the only way we can beat them at their game… and that thinking is coming,” he added.

“We have never used our strength as majority community…. we have never [made] use of our Hindu culture… ancient civilisation in diplomacy. Now that we are using it, people are having problems”.

‘Remarks taken out of context’

In a tweet on Wednesday evening, Chakravorty said, “I have seen some social media comments on my recent remarks. My remarks are being taken out of context.”

However, he did not elaborate on what exactly had been taken out of context, given that the video recording of his remarks has been circulating on social media for a whole day.

In those remarks, he noted that there were had been international criticism about India’s move to remove Jammu and Kashmir’s autonomous status and put restrictions on movement and communication from United Nations Human Rights Council to US Congress. Rather, they should be looking at what’s happening in Syria, Iraq and Afghanistan, he said. “They don’t like that we are asserting ourselves”.

“I believe that that in my lifetime we will have our land back… not everybody can live in the United States. Our refugee brothers are living on the road.. refugee camps”.

Then, speaking about the return of Kashmiri Pandits to their homes in valley, he felt that they were prevented by “fear of life”.

Praising the Indian government’s decision of August 5, he said, “We have not taken such a big international risk only for an amendment”.

He added that the Indian government had successfully managed to “stall” international criticism.

“I believe the security conditions in Jammu and Kashmir will improve, it will allow the refugees to go back, and in your lifetime, you will be able to go back,” said Chakravarty.

The diplomat stated that they “will be able to find security, because we already have a model in the world”.

He asserted that the Indian government should also follow the policy of Israel, though he did not elaborate on which aspect or even its relevance – since Israel’s policies are those of a foreign occupier while India’s official stance is that Kashmir is an integral part of the country. “I don’t know why we don’t follow it. It has happened in the Middle East. If the Israeli people can do it, we can also do it”, he said.

Chakravarty added that “we have to push our leadership to do that”. “Give us some time… we will do it and that is the determination of this leadership. You know when Prime Minister was at Howdy Modi, he got the biggest applause when he said 370 and not everyone in that hall were Kashmiris”.

Earlier he had pointed out that the Jewish diaspora had retained their culture for over 2000 years and similarly asked Kashmiri Pandits to remember their own.

“What has happened on 5th August will have long term repercussions for Kashmiri people,” he concluded.

On Wednesday morning, Imran Khan tweeted about what he termed the “fascist mindset of the Indian govt’s RSS ideology”, providing a link to a news article published by Middle East Eye, a London-based media organisation about Chakravorty’s controversial remarks.

Shows the fascist mindset of the Indian govt’s RSS ideology that has continued the siege of IOJK for over 100 days, subjecting Kashmiris to the worst violation of their human rights while the powerful countries remain silent bec of their trading interests. https://t.co/ESZiaVp563

India has traditionally pushed back on any comparison between Kashmir and Palestine. India has also always voted in favour of resolutions that have criticised Israel’s settlement policy.

While the Israeli government has always tried to suggest that New Delhi and Tel Aviv are in the same boat,  the Indian side has resisted facile comparisons. When Silvan Shalom, who was Israel’s deputy prime minister and foreign minister at the time, met leaders of the BJP-led government in Delhi in February 2004, he argued that the fence India was building along the LoC was no different from the ‘security fence’ Israel had erected to ‘protect’ itself from terrorist attacks – in reality, a monstrous wall built on Palestinian land. 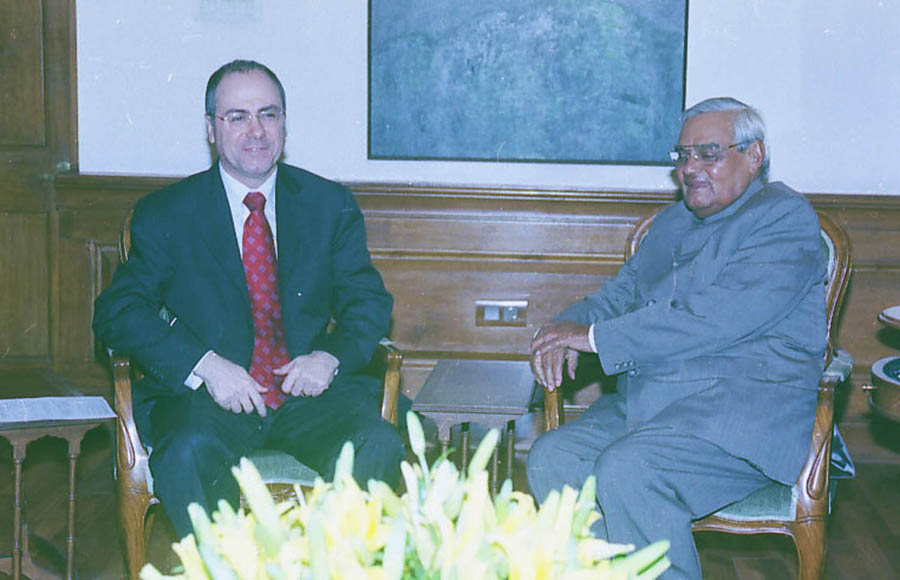 Shalom’s hosts, including Atal Bihari Vajpayee, who was prime minister at the time, heard him out but rejected the comparison. They refused his request that India join Israel in telling the International Court of Justice not to take up the ‘security fence’ matter. Similarly, his demand that India declare Hamas and Hizbollah as terrorist organisations was not accepted.

But in 2016, Prime Minister Narendra Modi broke new ground by drawing a comparison between Israeli and Indian military actions. “Our army’s valour is being discussed across the country these days,” he told a political rally just after the September 2016 army action on terrorist launch pads across the Line of Control. “We used to hear earlier that Israel has done this. The nation has seen that the Indian Army is no less than anybody,”

While Palestine is seen in international law as territory under foreign – i.e. Israeli – occupation, Jammu and Kashmir is not. The United Nations, and many countries, regard the region as ‘disputed territory’ given the Pakistani and Chinese occupation over portions of it, but not ‘occupied territory’.

In August 2012, S.M. Krishna, as India’s external affairs minister, had called for an “end to illegal Israeli settlements in the occupied Palestinian territories and for an early and significant easing of restrictions on the free movement of persons and goods within Palestine”.

Since the NDA regime took over in May 2014, the India-Israel relationship has warmed up substantially, with reciprocal visits by prime ministers.

While there have not any separate statements on Israeli settlements so far, India has been party to multilateral documents that criticise Israel’s policy in Palestine.

“Calling on Israel to end its occupation of the Palestinian “Arab” territories it seized in 1967 and dismantle all the settlements built there including the settlements erected in the occupied East Jerusalem on the basis that, according to the international Law, they are illegal and illegitimate,” said the 2016 Manama declaration of the first Arab-India Cooperation Forum.

Questions by reporters to the Ministry of External Affairs on how the government saw Chakravorty’s comments have gone unanswered so far.