India has maintained its voting pattern on Palestine resolutions in the UN, which have largely been critical of Israel. 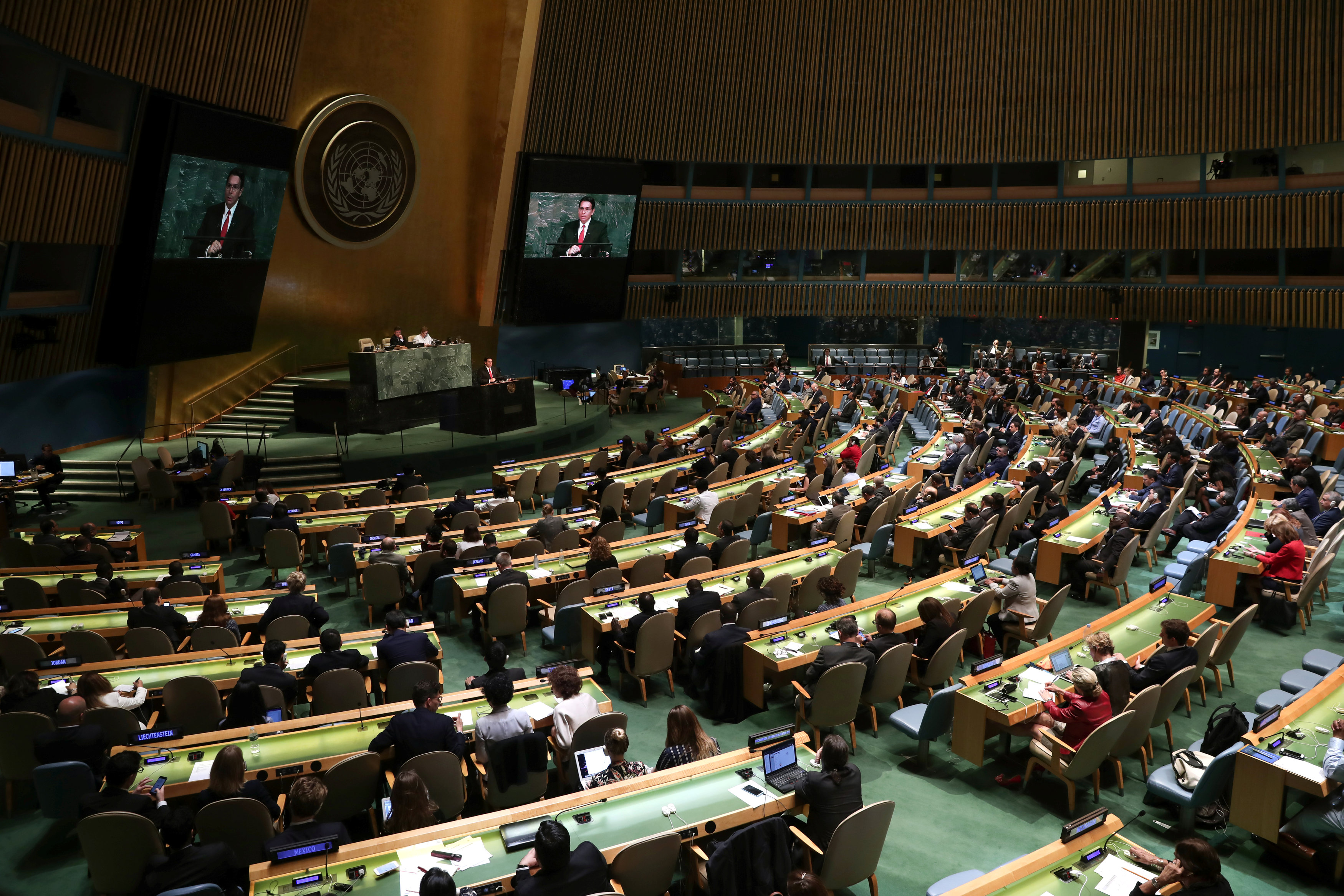 Israeli ambassador to the UN Danny Danon addresses a UN General Assembly meeting ahead of a vote on a draft resolution that would deplore the use of excessive force by Israeli troops against Palestinian civilians at UN headquarters in New York, US, June 13, 2018. Credit: Reuters/Mike Segar

New Delhi: India voted in favour of a UN General Assembly (UNGA) resolution that blamed Israel for “excessive” use of force against Palestinian civilians in Gaza, but abstained on a US-backed failed amendment which sought to also condemn violence by Hamas.

On Wednesday, the 193-member UNGA approved a resolution with 120 votes in favour that deplored Israel for using “excessive, disproportionate and indiscriminate force” against Palestinian civilians, particularly in the Gaza strip. It also condemned the “use of live ammunition against civilian protesters, including children, as well as medical personnel and journalists, and expresses its grave concern at the loss of innocent lives”.

India was among the 45 countries that abstained from casting either a ‘yes’ or ‘no’ vote. The eight negative ballots were from the US, Israel, Australia and five island nations in the Pacific Ocean.

The last time that India had voted on a Palestine-related resolution was last year in December, when the UNGA condemned US’ decision to move the embassy to Jerusalem in violation of Security Council directives.

India had also not taken part in the official events marking the transfer of the US embassy premises
from Tel Aviv to Jerusalem on May 14.

India has maintained its voting pattern on Palestine resolutions in the UN, which have largely been critical of Israel.

The current resolution was introduced in the general assembly by Algeria, Palestine and Turkey after Washington vetoed a similar resolution in the Security Council. The Arab countries wrote to the UNGA president to resume the 10th emergency special session under the “Uniting for peace” procedure as per resolution 377. This procedure evolved in 1950 as a way around Soviet Union’s veto. However, all resolutions adopted under this procedure are non-binding.

The amendment tabled by US sought to name Hamas for firing rockets into Israel, inciting violence along the boundary fence and thereby, putting civilians at risk. The draft resolution had not named Hamas, but deplored “any action” that could endanger civilian lives, called upon “all actors” to ensure protests remain peaceful and condemned the firing of rockets into Israeli civilian areas.

When the amendment was put to vote, it got a narrow simple majority of 62 votes in favour and 58 against. India was among the 42 countries that abstained to vote on the US amendment.

The president of the general assembly, Slovakian foreign minister Miroslav Lajčák however rejected the amendment, as the rules called for a two-third majority.

The US challenged the ruling. On being put to vote, 73 countries voted against, while 66 nations voted for the appeal. India joined the majority in voting against the US’s challenge.

Following the decision, the draft resolution was finally put on the table and adopted by a majority among the UNGA member states.