India Readies for Delicate Trade Talks with US, as Shadow of Section 301 Probe Looms

Sources stated that the possibility of a ‘Section 301 probe’ had been conveyed to India over the last couple of months from “various quarters” in the US government. 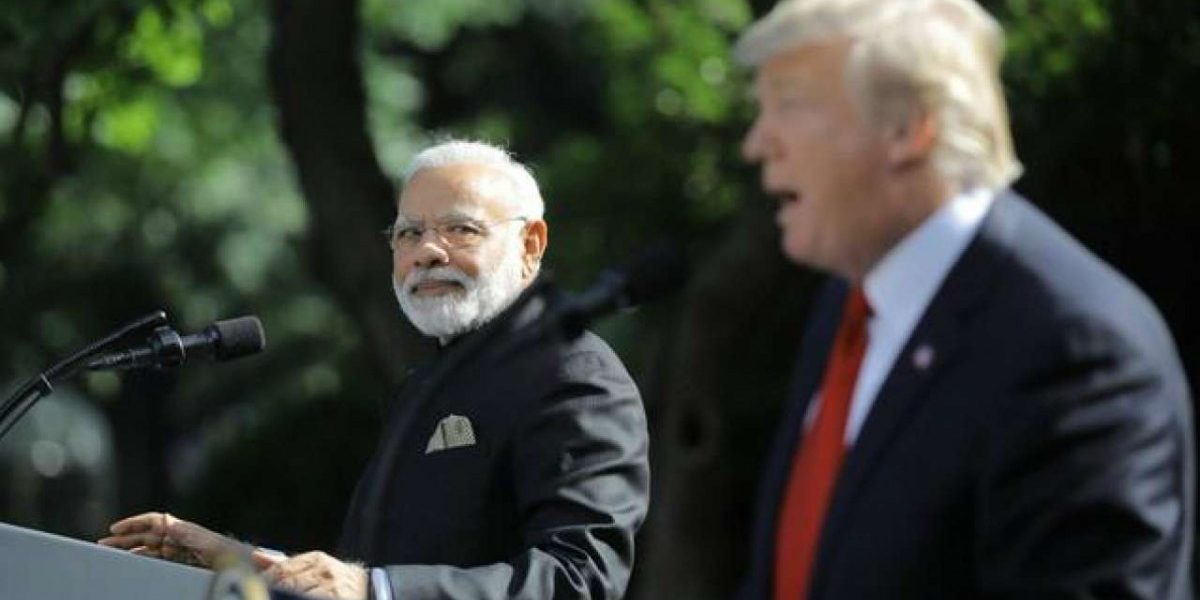 Washington, D.C.: India is gearing up for sensitive trade talks with the US government amidst increasing buzz that the Trump administration is contemplating an extensive trade probe across multiple sectors.

Well-informed sources have confirmed to The Wire that there is a “very high possibility” that after China, the office of the US Trade Representative (USTR) will be turning to aggressively recalibrate its trade ties with more partners, including India.

Rumours around more action on the trade front were triggered after Politico reported earlier this week that the US was considering launching a “full-blown investigation” against India as the next target after China.

Sources stated that the possibility of a ‘Section 301 probe’ had been conveyed to India over the last couple of months from “various quarters” in the US government, although it remains unclear at this point as to whether it will actually happen.

The sources added that USTR Robert Lighthizer had repeatedly mentioned at several closed-door fora that after the Trump administration’s focus on China, it will be turning the spotlight towards a few Asian partners, including India.

It is learned that any action that would be taken under Section 301 of US Trade Act of 1974 will be an “omnibus” investigation looking into a slew of steps like taxes and “discriminatory treatment” of US companies.

“This could open up everything, including the trade package…dairy, medical devices, agricultural products, boric acid and CRO (compulsory registration order) requirements,” said another high-placed source.

Any possible action may also open the door to concerns about India’s proposed data localisation and e-commerce policies, on which there has been much heartburn among US tech companies. “Once you start an omnibus investigation, there is no stopping it,” he stated.

US-India political ties remain close, with Modi and Trump scheduled to meet soon at G-20 Summit in Japan. The Indian PM is also likely travelling to US in September 2019 for the annual plenary of the United Nations General Assembly.

However, the signal to play hardball with India on trade has come from the top in Washington. Trump has repeatedly criticised India for “very high” tariffs and even referred to it as a “tariff king” at a political rally in April 2019.

USTR’s “Special 301” report released in April 2019 justified India remaining on the Priority Watch list, pointing out that India continues to have a “lack of effective system” for protecting copyright and unfair trade practices in pharmaceutical and agricultural chemical sectors. Another report by the USTR noted that India has bound tariff rates as high as 300% on certain agriculture products while maintaining a 50% tariff rate on motorcycles. (edited)

Trump has repeatedly criticised India for “very high” tariffs and even referred to it as a “tariff king” at a political rally in April 2019.

Less than two years ago, in August 2017, the USTR launched a ‘Section 301’ investigation into China, which led to a few rounds of retaliatory tariff increases between the two countries.

Also read: Breakdown of US-China Relations Will Leave the World Scrambling to Cope

Section 301 refers to a rarely-used provision of a 1974 Trade Act that allows the USTR to respond to a foreign country’s “unfair trade practices” in a broad and sweeping manner. This includes everything from unilateral trade action such as sanctions to tariff hikes on specific products.

If such a probe is launched against India, and if the investigation proves the allegations of “discriminatory practices” against US companies, the end result would be tariffs on Indian exports.

As per sources, India had been made aware that USTR has hinted at the possibility of such an investigation for at least two months. “US officials had told the Indians that forget about GSP, there are bigger things in the offing,” he said.

The US had first announced its decision to withdraw the generalised system of preferences (GSP) benefits from India in March, but it was kept on hold till the day of the announcement of Lok Sabha elections on May 23.

A day after a new Indian cabinet was sworn in, President Trump issued a proclamation to “terminate India’s designation as a beneficiary developing country effective June 5, 2019”.

The Economic Times reported that the GSP benefits could be reinstated since the US has done so for other countries in the past.

But the prevailing no-compromise mood in Washington has shown no indications of softening.

Rather, the friction over trade between India and the US had been building over the last two years – and is likely to come to a head soon.

After the US announced import tariffs on steel and aluminium in June 2018, India had publicly announced that it would adopt retaliatory tariffs. However, the Indian government has delayed the implementation of these tariffs at least five times and the next deadline is June 16.

Indian officials pointed out that these retaliatory tariffs had been postponed as New Delhi was still talking about GSP benefits with the US government and negotiating a comprehensive trade package. Following the withdrawal, officials indicated that there could be no more justification for not imposing new tariffs against US goods, which would include agricultural and manufactured products.

When commerce and industry minister Suresh Prabhu visited the US in June 2018, it had marked the start of negotiations for a comprehensive trade package that would address concerns about market access and unfair practices.

In February 2019, India put forward proposals to resolve some of the key contentious issues. However, the US side did not accept most of them.

Following that, another set of proposals were again suggested a month later (March 2019) by New Delhi.

According to sources, there was complete agreement on agricultural products. It would have allowed for the US imports of alfa-alfa hay, cherries and apples, while India could export mangos and grapes. Also, for the first time, India was ready to import pork from the US.

However, while there was a meeting of mind in these aspects, the trade ‘package’ mode of negotiations meant that any disagreement over other sectors would endanger the entire bundle of trade proposals.

The two main issues which had triggered the GSP withdrawal had been the cap on pricing of certain medical devices like cardiac stents and rules for imported dairy products.

Since 2003, India requires all imported dairy products to be derived from animals that have never consumed anything containing “internal organs, blood meal or tissues of ruminant origin”. 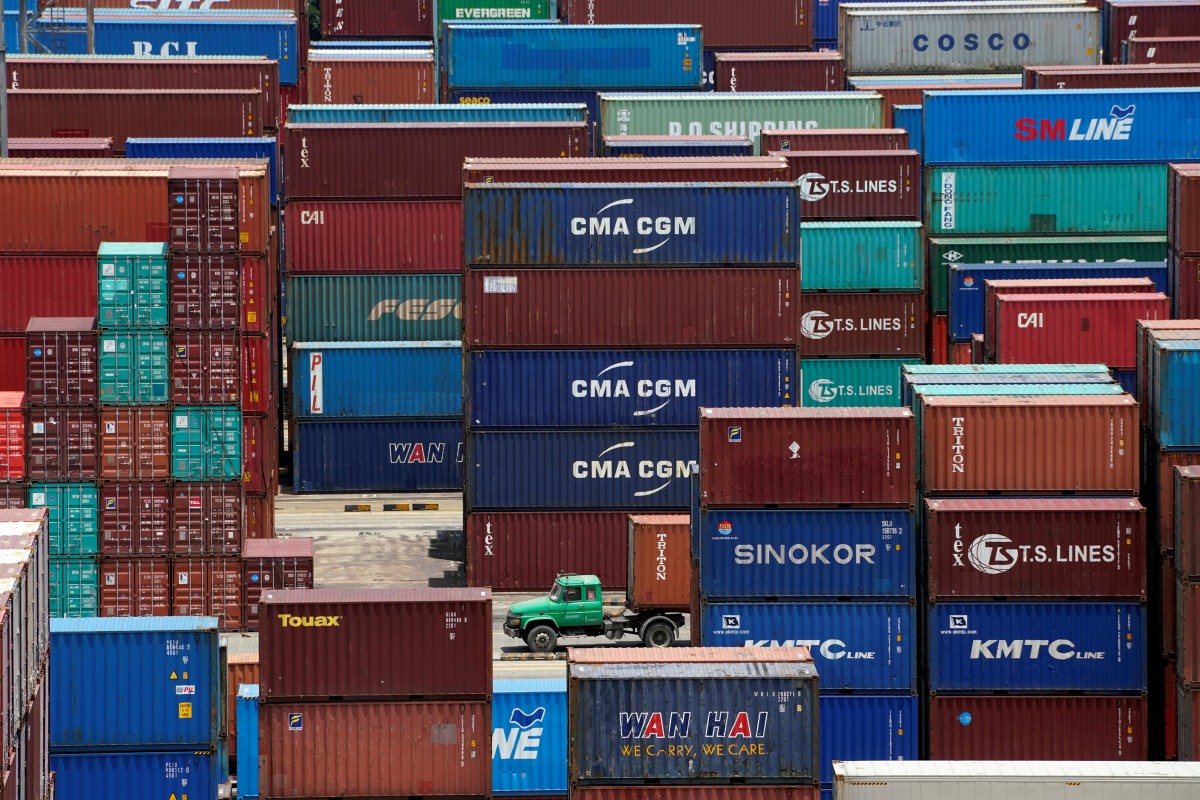 After the US announced import tariffs on steel and aluminium in June 2018, India had publicly announced that it would adopt retaliatory tariffs. Photo: Reuters/Aly Song/File Photo

Apparently, India had suggested a possible solution by stating that it was willing to accept US certification. However, this may not be entirely workable, since the US dairy manufacturers would have to be guaranteed market share to justify the costs for changing standard industry practices. “It is like the chicken and egg situation,” admitted an official.

As part of the trade ‘package’, Indian officials had suggested that it was willing to apply Trade Margin Rationalisation (TMR) pricing scheme for anti-cancer drugs and medical devices, except for knee implants and cardiac stents. On the last two categories, New Delhi said that it didn’t want to immediately bring them into this scheme, but could discuss them down the road in about two years.

However, the US rejected both these offers.

Further, it is learned that several US businessmen and advocacy groups had complained to the highest levels in the Indian government that New Delhi had not been able to deliver what it had committed at the political level on improving trade access.

In the new cabinet, Prabhu has been replaced by Piyush Goyal, who has this portfolio in addition to his charge of railways.

While the commerce ministry is the lead in international trade negotiations, the new minister of external affairs, S. Jaishankar with his background as Indian envoy to Washington is also likely to be deeply involved in trying to resolve the knotty issue.

On Wednesday, Jaishankar told an audience of businessmen that he spent a substantial part of his first week in dealing with the finance and commerce ministries than his own ministry.

Meanwhile, with an eye on the forthcoming trade dispute talks, a business advocacy group has suggested that India should set up a trade representative office, on the lines of USTR, directly under the Prime Minister’s Office.

“While the USTR is a specialised body, Indian officials have the disadvantage of negotiating with professionals who have a longer institutional memory than that of bureaucrats, however brilliant, with fixed terms,” said a senior official.