After UNSC, India Abstains From Ukraine-Related Vote in UNHRC

The resolution to hold an urgent debate on Ukraine that will also consider a resolution for a probe into alleged human rights violations was passed. 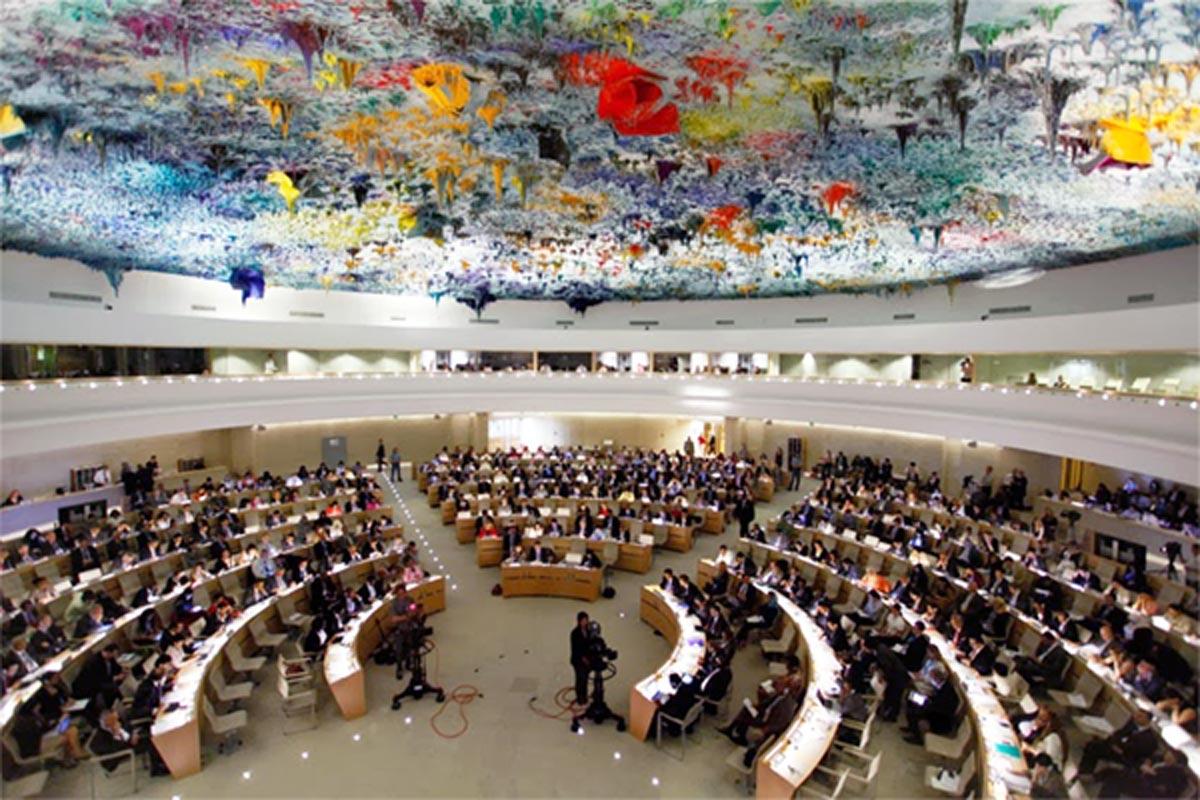 New Delhi: After New York, India abstained in Geneva at another Ukraine-related vote in a UN body. The United Nations Human Rights Council (UNHRC) voted on Monday to hold an urgent debate on Ukraine that will also consider a resolution for a probe into alleged human rights violations.

Speaking before the vote, Ukraine’s permanent mission to the UN in Geneva said Russian forces were attempting “to sow panic among the population by specifically targeting kindergartens and orphanages, hospitals and mobile medical aid brigades thus committing acts that may amount to war crimes”.

Earlier on February 25, the president of the Human Rights Council, Federico Villegas had confirmed that he had received a letter from ambassador Yevheniia Filipenko requesting the Council to convene an urgent debate on human rights in Ukraine. This initiative was supported by the European Union and the United States.

Filipenko claimed that the attack by Russia was not just on Russia, but on “every UN member state, on the United Nations and on the principles that this organisation was created to defend”.

Russia’s ambassador Gennady Gatilov said his country had launched “special operations to stop the tragedy” in Ukraine’s breakaway Donbass region, and that Russia’s forces were not firing on civilian targets in Ukraine.

The vote was passed by 29 out of the Council’s 47 members voting in favour, while thirteen countries, including India, abstained. The five countries that voted against the request for an urgent debate were Russia, China, Eritrea, Cuba and Venezuela.

The UNHRC will now hold the urgent debate on Thursday, where it may take up a draft resolution proposed by Ukraine that will demand a high-level probe into alleged violations by Russia dating back to 2014.

The vote came just after the UN Security Council approved a resolution that called for an emergency session of the General Assembly to discuss the Ukraine issue, as there was a lack of unanimity among the permanent members. Russia had previously vetoed the February 25 draft resolution authored by the US and Albania.

India had abstained on both the recent votes in the Security Council, claiming that the door to diplomacy had to be kept open. China and the UAE had also abstained from the UNSC vote. While the UAE was consistent, China changed its vote from an abstention in New York to a ‘no’ in Geneva.

The debate on Ukraine is to take place on Thursday, after the initial high-level part of the council’s five-week session, when ministers and top officials from over 140 countries will speak.

Russian foreign minister Sergei Lavrov was scheduled to address the UNHRC and hold disarmament talks in Geneva this week. However, the Russian news agency stated his trip had been called off as the European Union had closed its airspace to Russian planes as part of sanctions against Moscow.