India wants to continue to remain part of the Moscow format process while also keeping a distance, officially, from the Taliban. 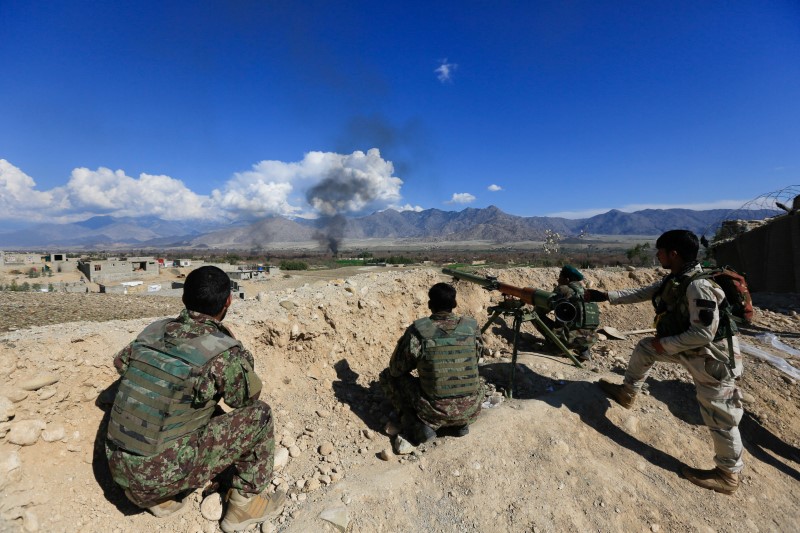 New Delhi: Anxious not to lose its seat at the peace process table, India has decided to swallow its long-standing distaste of any engagement with the Taliban and send two representatives, albeit ‘non-officials’, to the upcoming Moscow meeting of regional forum on Afghanistan.

Russia had invited India, along with 11 other countries, for the second edition of the Moscow format talks on Friday (November 9). It had also extended an invitation to Taliban, which was accepted with alacrity.

As The Wire reported earlier, India waited for Afghanistan to take a clear stance on its participation, before reaching a decision on Moscow’s invitation.

A day before the discussions, Ministry of External Affairs spokesperson Raveesh Kumar announced that India’s “participation at the meeting will be at the non-official level”. Other countries, besides Afghanistan, would also be represented by serving government officials.

At the first meeting in April 2017, India had been represented by MEA joint secretary for PAI division.

Kumar said India’s “consistent policy” has been to support reconciliation efforts that are “Afghan-led, Afghan-owned, and Afghan-controlled and with participation of the Government of Afghanistan”.

Reiterating the ideal outline for any final solution, Kumar said India supports all efforts that “will preserve unity and plurality, and bring security, stability and prosperity to the country”.

India had to reach this formula of sending a ‘non-official’ delegation because Afghanistan also did not send any government officials and also because of Taliban’s presence in the meeting.

In fact, this is the second attempt by Russia to hold the regional forum this year.

The previous date of September 4 had to be cancelled after Afghan government pulled out of the talks after Russia announced that Taliban would also participate.

India didn’t have to take a final decision earlier, but officials had said New Delhi’s decision would also have taken full cognisance of Kabul’s sensitivities.

“Our decision now has also been taken keeping in mind the comfort level of the Afghan government,” said official sources, adding that Kabul and other regional countries were duly consulted.

India also wanted to continue to remain part of the Moscow format process – and this was the via media to keep a technical distance from the Taliban.

They point out that the Indian formula of sending a ‘non-official’ delegation also mirrors Afghanistan’s prescription for meeting.

Afghanistan’s justification for withdrawing from the talks previously was that it wanted Taliban to first agree to direct talks with Kabul.

According to Afghan foreign ministry, there was no representation from the Afghan government since no officials were participating. However, the High Peace Council will be attending the meeting “in an independent capacity”.

The High Peace Council was created under Hamid Karzai’s presidency and tasked with outreaching to Taliban. The appointments are made by the government, but the composition is largely from outside the government.

As per the HPC spokesperson Sayed Ihsan Taheri, the only agenda of the Moscow meeting is to discuss “how to speed up peace process to start the direct talks between Afghan government and Taliban group”.

He added that “there were no peace talks to be held between the government and Taliban in Moscow”.

In a statement, the Taliban spokesperson said the five-man delegation will not hold “any sort of negotiations” with the delegation from “Kabul administration”.

He added Taliban representatives will “clarify the policy of Islamic Emirate about ending the occupation of Afghanistan to the participants”.

Unlike other regional countries, India has never engaged with the Taliban directly. New Delhi’s queasiness about having the Taliban at the same table is also to its objection to project Taliban as an equal player to the Afghan government with international recognition.

Incidentally, the Taliban statement noted that “with participation in the meeting, the international status of the Islamic Emirate will be strengthened even further”.

A former Indian foreign service official, who had dealt with Af-Pak region for a long period, said India’s decision to send two retired ambassadors showed that New Delhi did not want to be left out of any significant process on Afghanistan.

“Since they are not officials, there is no change in the official position on not meeting with the Taliban. The policy remains the same,” he said.

However, their ‘non-official’ presence will also “signal that we are very much part of the process”.

Another former Indian ambassador noted that rather than a major shift in policy, the dispatch of retired diplomats was “more of an opportunity to assess” the situation, which would also keep India’s seat warm at the table.