This has been partly a consequence of a larger political understanding between India and France to have closer maritime cooperation in the southern Indian Ocean. 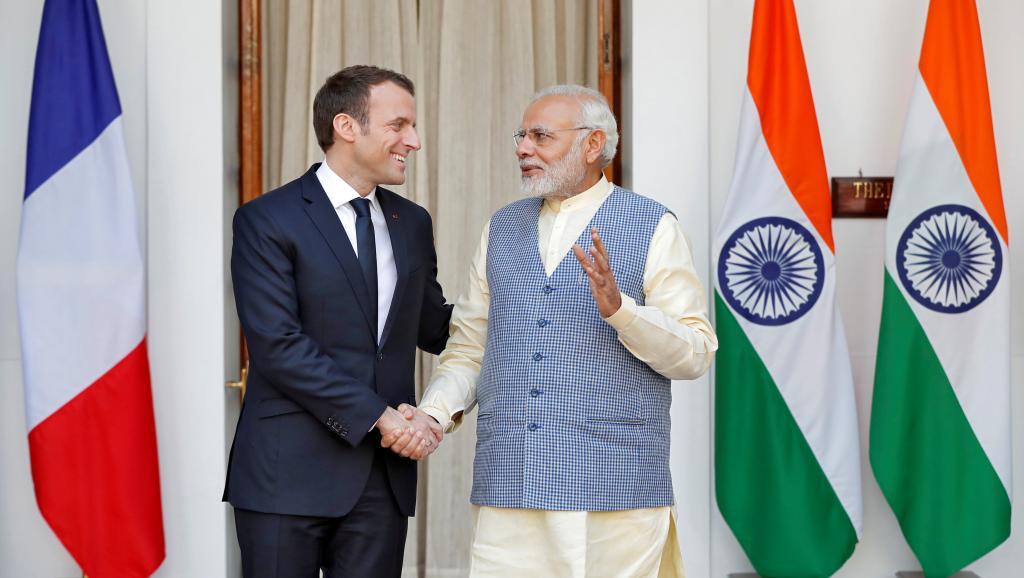 New Delhi: Within the first few months of 2020, India will deploy a naval aircraft at France’s reunion island as part of join surveillance mission with France in the southern Indian Ocean.

This was revealed by the French President Emmanuel Macron during his first presidential visit to the French overseas territories earlier this week. This has been partly a consequence of a larger political understanding between India and France to have closer maritime cooperation in the southern Indian Ocean, where it administers the islands of La Réunion, Mayotte and the French Southern and Atlantic Lands.

Macron, who arrived at La Réunion on October 23, was greeted with calls of protests which are part of a year-old strike by trade unions over the faltering economy.

Therefore, a key highlight of Macron’s island travels was his speech at the “Choose La Reunion” forum which aimed to bring in investment and link to business chains in Africa and the Indian subcontinent. India’s minister of state for external affairs V. Muraleedharan took a business delegation to the forum for the first time.

In his speech in French at the business forum, Macron laid out the strategic importance of Reunion in the Indian Ocean and the need to position it within the axis of the African and Indian subcontinent.

“We are working very closely with India. In the first quarter of 2020, a patrol aircraft from the Indian Navy will deployed at La Reunion to participate in surveillance missions,” said Macron, as per a translation of his remarks.

It had earlier been reported that the French president had referred to the basing of an Indian naval patrol vessel. However, diplomatic sources clarified that the Macron was referring specifically to an aircraft.

In March 2018, Macron had visited India for the visit for the first time. Together with Indian Prime Minister Narendra Modi, he had unveiled a “Joint Strategic Vision of India-France Cooperation in the Indian Ocean region”.

It was also during that visit that the two sides signed an agreement for “Provision of Reciprocal Logistics Support” that would allow each other to access the other’s military facilities.

Macron had also acknowledged that France’s closer ties with India came from a “profound change” as a result of a common strategic agenda. “This common security agenda in the region is an agenda of maritime surveillance, protection of our marine areas, construction of a joint agenda to avoid any form of hegemony or intrusion,” he said on Wednesday.

France has always pointed out that it is the second largest maritime power in the world, but it has not got the recognition for its role in the Indian Ocean.

The French government is also hoping that an enhanced cooperation with India would also been a smoother path towards greater collaboration with the key regional body, Indian Ocean Rim Association (IORA).

In the joint vision document, India had “welcomed” France’s “enhanced participation” in IORA, while Paris offered to back New Delhi’s role as an observer at the Southern Indian Ocean-centric Indian Ocean Commission (IOC).

Macron’s reference to a joint surveillance mission with India is significant as the French president indicated that protecting traditional fishing waters from Chinese deep-sea fishing boats.

He said that France was working with regional partners in the Indian Ocean on an initiative to preserve the biodiversity.

“Defending biodiversity in the Indian Ocean is building a truly sustainable fishing industry. Today it is paradoxical to see how our territorial waters where we have insufficiently exploited our fisheries being exploited by some predatory power who come in our waters to do industrial fishing and sometimes deplete our fish stocks without any  benefit for the employment  or the economy in our regions,” said Macron.

He added that there is a legal instrument in the works to stop this exploitation of fishing stocks by foreign fleets. “The key, the answer is to preserve our biodiversity and to enforce our sovereignty,” he said.

India has also been tracking the rising presence of Chinese fishing boats in southern Indian ocean. According to a report by The Hindu, there have been at least 500 Chinese trawlers present at the region at any one time.