The official spokesperson of the Taliban tweeted in the evening that Stanikzai had met with the Chinese envoy, but there was no reference to a meeting with the Indian envoy in Qatar on the same day. 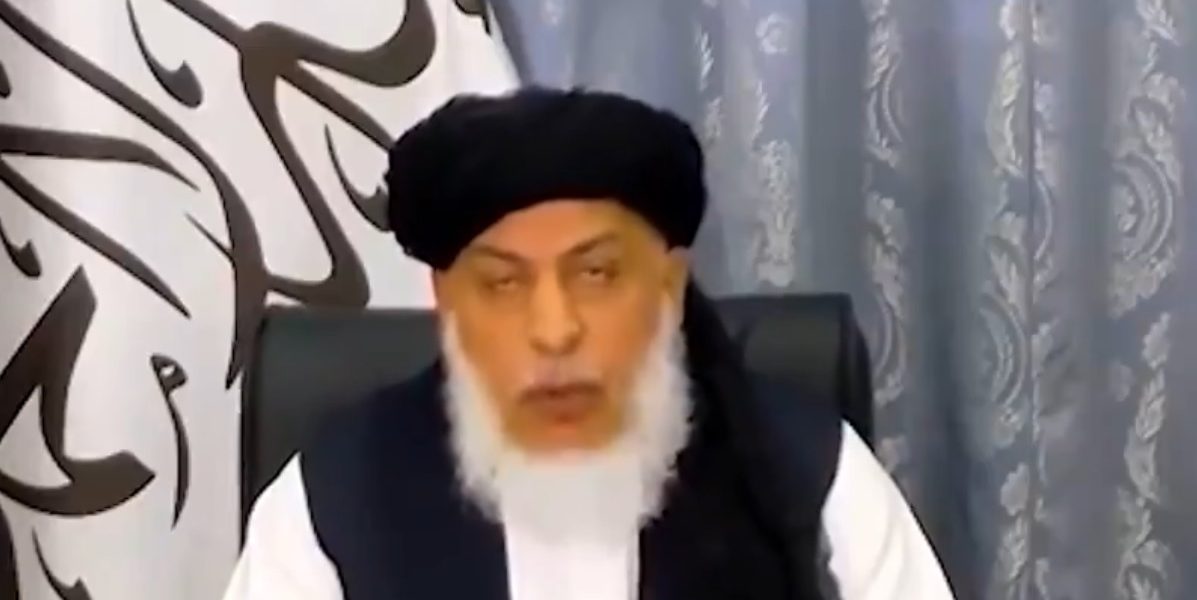 New Delhi: Less than a day after US troops fully withdrew from Afghanistan, India announced the first formal contact with the Taliban in Doha, with a senior Taliban leader visiting the Indian embassy in Qatar and conveying assurances on New Delhi’s concerns.

“Today, Ambassador of India to Qatar, Deepak Mittal, met Sher Mohammad Abbas Stanekzai, the head of Taliban’s Political Office in Doha. The meeting took place at the Embassy of India, Doha, on the request of the Taliban side,” said the Indian Ministry of External Affairs.

This is a historical occasion as India has never recognised the Taliban, nor has it acknowledged any meetings during the former’s rule in the 1990s before it was driven out by the US invasion following the 9/11 attacks.

The press release was issued about 16 hours after the last US soldier left Hamid Karzai International Airport at midnight on August 30. India had withdrawn its ambassador and all its diplomatic staff after the Taliban walked into Kabul on August 16, following the collapse of the Afghan government.

While no confirmation was available, it is clear that the Taliban had obviously reached out to India earlier – a process which culminated in the meeting having been scheduled on Tuesday afternoon. It was claimed that the venue of the meeting was insisted upon by Stanikzai.

The announcement was made by the Indian government immediately after the encounter ended with a press release titled, ‘Meeting in Doha’.

So far, no photographs have been released of the meeting. Official sources assert that no photos were taken at all of this meeting.

While Indian officials wanted to make it clear that the meeting was initiated by the Taliban, there was no official statement or announcement from the Doha political office on Tuesday. The official spokesperson tweeted in the evening that Stanikzai had met with the Chinese envoy, but there was no reference to a meeting with the Indian envoy in Qatar on the same day.

The Indian readout stated that the discussions focussed on “safety, security and early return of Indian nationals stranded in Afghanistan”. It said the travel of “Afghan nationals, especially minorities, who wish to visit India also came up”.

Mittal also raised concerns that “Afghanistan’s soil should not be used for anti-Indian activities and terrorism in any manner”. Stanikzai seems to have provided some reassurances. “The Taliban representative assured the ambassador that these issues would be positively addressed,” the ministry said.

In a public statement on Friday, Stanikzai, a former Afghan army officer who trained in the Indian Military Academy, had described India as an “important regional country” and had expressed hope to maintain trade routes, through air and land. He had also praised the Chabahar port in Iran, which India has been developing, as a positive project for improving business activity.

The Taliban has not yet formed a government, but an announcement was imminent, as per Afghan media reports. India had earlier said that it wanted to see a broad-based, inclusive government in Kabul. The meeting in Doha is an indication that the recognition of the Taliban-dominated government will happen sooner than later.

Official sources claimed that the first public meeting with the senior Taliban leader was the result of a decision-making process instituted through a high-level group comprising the National Security Adviser, the External Affairs Minister and senior officials to monitor the evolving situation in Afghanistan.

Besides being seized of core Indian concerns, sources asserted that the group has also been monitoring the ground situation in Afghanistan and international reactions, including the resolution passed by the UN Security Council.

Among regional countries, India had been the only one to refrain from any official contact with the Taliban till now.

There had been unofficial contact with the Taliban over the years, but it had been mainly at the level of security agencies.

The official reaction that was given to all media questions about India’s outreach to Taliban was that the Indian government was in touch with “all stakeholders”.

In June, Qatar’s special envoy for counterterrorism and mediation of conflict resolution Mutlaq bin Majed Al Qahtani had said during a webinar that there had been a “quiet visit” by an Indian delegation to meet with the Taliban.

Note: This article has been updated since publication with additional details.