India and the Taliban: The Case for Constructive Engagement

India’s response to the new situation in Afghanistan must be multi-pronged, carefully calibrated, and multilateral. Only then, can it overcome the many challenges which lie on the road ahead. 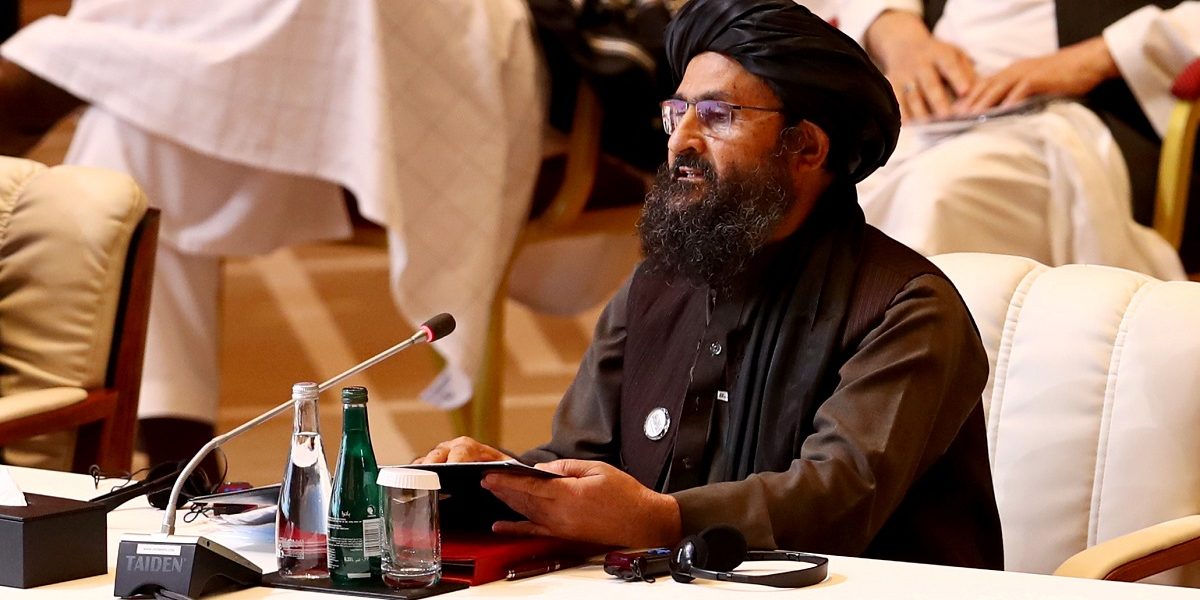 One would be forgiven for thinking that Afghanistan is arguably the West’s biggest diplomatic failure after the Suez Canal crisis. Though a Taliban takeover was becoming certain, what caught many by surprise was how none of the intelligence agencies of the powers involved, including the CIA, were willing to act decisively in response to the speed with which this happened. Even just the week before the Taliban’s arrival in Kabul, US President Joe Biden had remained publicly adamant that the Afghan forces would be able to defend the capital – though he had also been briefed extensively on, and was presumably aware of the harmful consequences of inaction.

No one seemed to have imagined a situation in which US embassy staff would have to be airlifted frantically; many probably have had plenty of afterthoughts as to why this was the case. And thus – after $2 trillion over two decades, the US – with NATO and International Security Assistance Force – has allowed for the Taliban to now control more of the country than they actually did before the American invasion of 2001. All the structural inadequacies and societal cleavages that had characterised Afghanistan before 2002, have remained and resurged in the aftermath of the fall of Kabul.

Rise and fall of the Pax Americana in Afghanistan

Many are now insisting that the inglorious withdrawal was a botched-up failure – that it should and could have been done differently. Yet withdrawal isn’t the real issue here, given that it was largely inevitable in any case – the stationed forces were running on low morale; the logistics did not allow for a prolongation of American presence for another decade; ground sentiments were pushing for the American withdrawal. The question rested, instead, with how the withdrawal was conducted – much litigated in existing debates and commentary – and what exactly had been going on in the two decades prior to the American withdrawal. The Americans brought with them resources, aid, and attempts at engendering and “fixing” the Afghan culture. Two decades on, they had largely failed by their original objectives.

Donald Trump’s tenure – and his erratic foreign policy decisions, celebrated exuberantly (though alarmingly) in certain circles in India – left Ghani’s government with few alternatives to turn to during the Taliban surge. Trump had a blatantly incoherent Afghan policy – one undermined specifically by his impetuous handling of Iran. Despite the positive externalities that American intervention had left on Afghanistan – e.g. assisted birth rates increased from under 15% to 60%; the mortality rate for children under 5 years of age was vastly reduced from 13% to 6%; the access to drinking water nearly tripled – Afghanistan has now joined the fall of Saigon as another ignominious blemish in America’s long track record of failed foreign interventions.

All explanation notwithstanding, the Afghan crisis has triggered diplomatic ripples for the US that will remain for decades to come, and has seemingly tilted the global balance of power in favour of China and its allies. It has severely dented the reliability and reputation of US and NATO forces. Some have suggested that the credibility deficit experienced by America could result in a surge in Chinese presence and activity in the South China Sea, as well as an exacerbation of the country’s tensions with Japan and Vietnam. 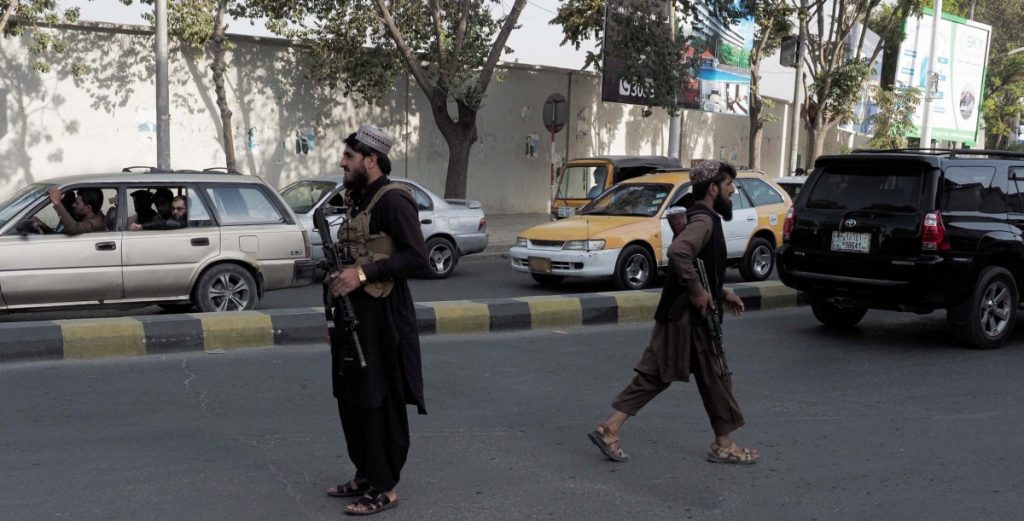 What does this all mean for India?

A far more direct problem is posed for India. The recent explosions and violence at Kabul International Airport attest to the fact – or so it seems – that the Taliban may not, after all, have the country under its control. Thus, setting aside whatever one’s gripes with the Taliban may be, there exist further worries that opportunistic terrorist and extremist groups, such as IS-K and ISIS, could well use Afghanistan to destabilise the region.

Since the late 1970s, India’s approach to Afghanistan has been to focus on soft power cultivation, as exemplified by its attempts at using foreign aid and fostering infrastructural development projects across national borders. Of course, with India now pivoting to the US-led alliance in the Asia-Pacific, it is clear that India’s overarching ideological objectives have since shifted, albeit perhaps not to the country’s advantage – especially in terms of dragging it into unnecessary, protracted proxy conflicts with enemies identified by NATO as worthy of opposition.

It should be rather apparent that apart from investing $3 billion towards the construction of schools, dams, and select infrastructure, India had played a largely subdued role in Afghanistan. India viewed the country as a bulwark against Islamic militancy. The return of the Taliban has the potential of contributing further towards escalating tension in Jammu and Kashmir. An unstable Kashmir could definitely amplify existing cleavages between India and Pakistan, thereby destabilising the whole of South Asia. As such, an unstable Afghanistan is the last thing India would need.

India also failed to seize upon the opportunities uniquely offered by the Doha talks. Modi’s government failed to set up official diplomatic communicative channels with China, thereby closing off the doors for prospective liaison and collaboration across entrenched ideological positions – in identifying mutually agreeable solutions and paths forward for India and China alike. This missed opportunity could well have devastating implications for the health of Sino-Indian relations, in denying India the opportunity of becoming a tactical collaborative partner, on an equal footing, to China in brokering peace in Afghanistan, in a manner that would restore strategic autonomy to India.

Before the Taliban seized Kabul, its leadership had visited Russia, Pakistan, China, Iran and Turkmenistan – but, noticeably, not India. Last month, when the Taliban High Command visited China, they were received by none other than the Chinese foreign minister himself – a clear indication that China was keen to step up to greater influence and prominence in the region. Notwithstanding these developments, India has remained reluctant to deal with the Taliban. Such reticence could turn out to be costly for India.

The way forward for India

It is imperative for India to pivot away from its policy of calculated indifference, and embrace strategic engagement. It is in India’s, and the region’s interests at large, to have a seat at the table over Afghanistan’s future. None of this, however, should require India to commit to ideologically entrenched and anachronistic positions that jeopardise its own interests.

It is true that most Taliban leaders have been trained in Pakistan and have long-lasting connections with terrorist groups within Pakistan. Yet not all Afghan Taliban factions bear affectionate sentiments for the Pakistani government. Taliban has grown to become increasingly cynical and skeptical in its engagement with states and non-state actors alike. Given that Afghanistan is now back in the hands of the Taliban, the question remains, what next for India? Should India concede and fold entirely, or should it, as a responsible power, seek to moderate and constrain the excesses of the Taliban?

It is imperative that India engages the Taliban in an open-minded, constructive, and pragmatic manner. The first step on this front would be to appoint a special envoy tasked only with dealing with the Taliban. Taking advantage of its goodwill established over the years with key stakeholders in the Middle East – e.g. Iran and Russia, India can step up to a greater role. It is equally vital that India places Afghan interests as paramount and more substantial than these competing stakeholders’ – if not out of moralistic commitments, then out of the realpolitik considerations that an autonomous Afghanistan is a prerequisite for it to escape the spheres of influence and capture by the multitude of powers vying for regional influence.

Additionally, India should seek to pursue areas of commonality and shared interests with China on the Afghan front – despite the increasingly fraught relations that have constituted bilateral interactions over recent years. An unstable Afghanistan, overrun with splinter cells and terrorist insurgencies, is not good in China’s interest, either. A war-prone and conflict-ridden Afghanistan can undermine China’s ambitious Belt and Road Initiative. China must also reckon with Pakistan’s interests and concerns, with Pakistan clearly having an interest in not being compelled to take in thousands, if not hundreds of thousands of refugees, following from an overtly oppressive regime in the country. There is thus a narrow but vital room for strategic (re)alignment between India, China and Pakistan.

A major source of GDP growth in Afghanistan over the years has been aid money. Sanctions against the Taliban regime would only vastly undercut existing efforts spearheaded by Afghan civil society in ameliorating domestic governance. Aid must continually be supplied, but not exclusively – if at all – via the Taliban bureaucracy. India should press for the US and its allies to retain such grant money as a negotiating tool – as a bargaining chip that ensures that the Taliban adheres strictly to at least the bare minimum on human rights, if not more.

None of this is to say that India must therefore blindly trust the Taliban. The militant group has already reneged upon many of its promises made previously during the Doha negotiation process, having failed to adhere to the pre-stipulated handover and transition process into a joint government. India must remain steadfast in upholding human rights, women’s rights, and religious freedoms – especially for minorities persecuted under the Taliban’s conservatism. India must stand for, and ask for, the opportunity to send observers and monitors to ensure that any Indian funds are appropriately allocated.

Finally, on the subject of refugees and humanitarian aid, it is apparent that the Indian government is not doing enough. The MEA hastily declared that only Hindus and Sikhs were welcome as refugees from Afghanistan. Such a decision was not only poorly made, but equally poorly communicated. India is a country with a secular constitution – whilst external affairs minister S. Jaishankar eventually changed his stance, offering to take in all refugees, the goodwill India had built up over the years amongst the Afghan population has been severely dented.

Dharanidharan Sivagnanaselvam is an alumnus of the University of Oxford and Paris Institute of Political Studies (Sciences Po, Paris). He is an executive coordinator at Dravidian Professionals Forum and co-founder of Oxford Policy Advisory Group.

Brian Wong is a Rhodes Scholar from Hong Kong (2020) and DPhil in Politics Candidate at Balliol College, Oxford. He is the founding editor-in-chief of the Oxford Political Review; writes regularly for The Diplomat Magazine, TIME, the South China Morning Post and other academic and media publications.