India Could've Been a Step Ahead With Afghanistan, But Is Left Clutching at Straws

Militarily, the Taliban is no threat, but it is their links with terror and narcotics that are a cause for concern. 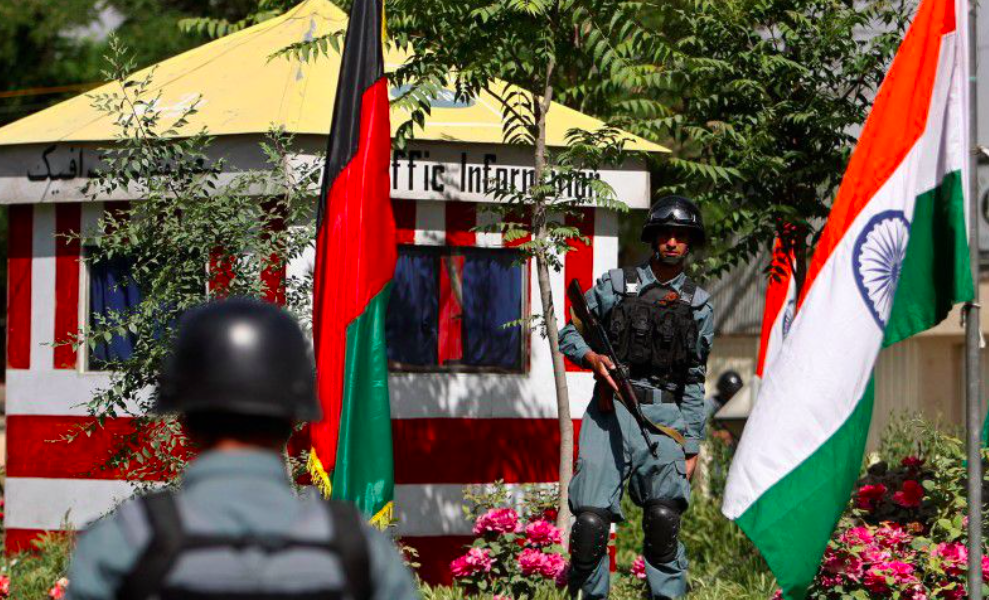 Qatar, an Emirate on the west coast of the Persian Gulf, pursues a foreign policy which has brought it prominence.

It was supportive of the pro-democracy forces during the Arab Spring. It has often been at odds with its Arab neighbours. The maverick Al Jazeera media group is based there. A former British protectorate, its Al Udeid Air Base houses not just its Air Force but also the US Air Force and the RAF.

It is here, in Doha its capital, that Taliban has been allowed to open an office to allow talks with the US and to facilitate the reconciliation process. It is the ‘post box’ for those wanting to contact the Taliban. 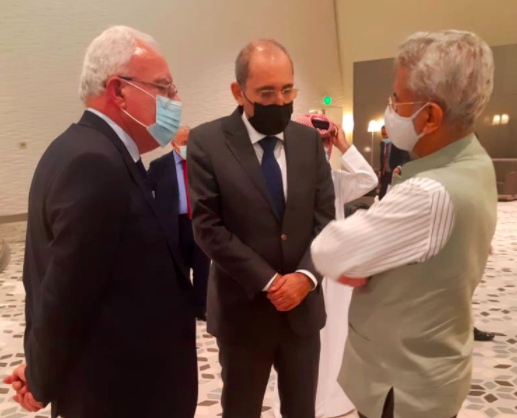 Doha is where our External Affairs Minister S. Jaishankar visited in June and sought Qatari assistance to open a link with Taliban.

Maybe it was a novel idea, but the mechanics were different from what we have been used to in the past. It’s not that we sought help from a third country but that there were other ways – quietly or even directly.

Sohail Shaheen, their spokesman at Doha has been on Indian TV and at think-tank webinars often; Sher Abbas Stanikzai, head of the Doha office, has often referred to his education in India; or maybe we could have dealt directly with their Doha office through our Embassy.

However, it is entirely possible that Qatar helped us reach out at a high level.

It is not as if we have not interacted with Taliban before, even if we did not formally recognise them. When IC 814 was hijacked, contact was established through our respective Embassies in Islamabad. A few days later, Jaswant Singh, the then external affairs minister, interacted with Taliban Foreign Minister Wakil Ahmed Muttawakil in Kandahar. In 2018, two retired Indian diplomats were sent by the MEA to attend the Moscow talks on the Afghan peace process which Taliban attended.

However, an outreach, in full public view, is intriguing as if it is that we see a Taliban takeover as inevitable. What do we gain from it? Was it to secure some sort of assurance that Taliban would not allow territory under its control to be used against India? Is the Taliban, beholden to Pakistan, capable of giving us assurances?

There has been copious commentary over the unseemly haste with which the US is departing, abandoning Afghans to the mercies of an obscurantist and medieval force. Against this backdrop, what about our own signalling? We had continued to deal with President Rabbani’s government for over five years even when the Taliban controlled 85% of the country. Or was it to craft a possible peace initiative? The Pakistan factor precludes us from such an initiative. We cannot offer much.

Also watch | ‘India Has Boxed Itself into a Corner in Afghanistan; No Logic to Our Policy’

Let’s see what it means for us.

It has not been our policy to negotiate with a group but only a legitimate government. There have been exceptions – MEA had been in touch with groups in Sri Lanka and even in Nepal but circumstances were entirely different. Further afield, we dealt with the African National Congress during the apartheid days. But then ANC enjoyed the support of most South Africans and had more than an ample measure of international backing. Taliban has little or no support domestically or internationally. They are hugely unpopular and would be hard pressed to get into double digits in a free and fair election. Internationally, they are a pariah.

They are where they are largely because of Pakistani support. Some of their battlefield successes, particularly in the northeast, are due to the Lashkar-e-Toiba and the Haqqani Network (aided by the Pakistani Special forces). The two are terror groups which have Indian blood on their hands. Without Pakistani support and sanctuaries, they would fold very soon.

The Taliban, in their first avatar, represented everything that we hold abhorrent. There is no record of any overture from them, then or now, save for some talk at Track 2 events. This cannot be taken seriously as those at such events are the ones ’allowed’ by Islamabad to represent Taliban. If there are discrete signals they count for little.

Militarily, the Taliban is no threat, but it is their links with terror and narcotics that are a cause for concern. The former worries us and Taliban, under the current set of circumstances, is in no position to give us assurances even if we make it worth their while.

It would make sense if we can reach out to those that matter, but who?

Mullah Haibatullah Akhundzada, the Taliban chief, lives in Pakistan and is inaccessible. A Pakistani journalist claimed that Qatar had facilitated access to Mullah Bradar. Bradar is not the force that he was when he opened talks with President Hamid Karzai for which Pakistan incarcerated him for eight years. (He a Populzai and Karzai is the Populzai sardar). He is often shepherded, and access is ‘controlled’.

Yes, Stanikzai was educated at the Indian Military Academy, but he has close links with the ISI. He carries little weight with the Taliban and is more of a class monitor. 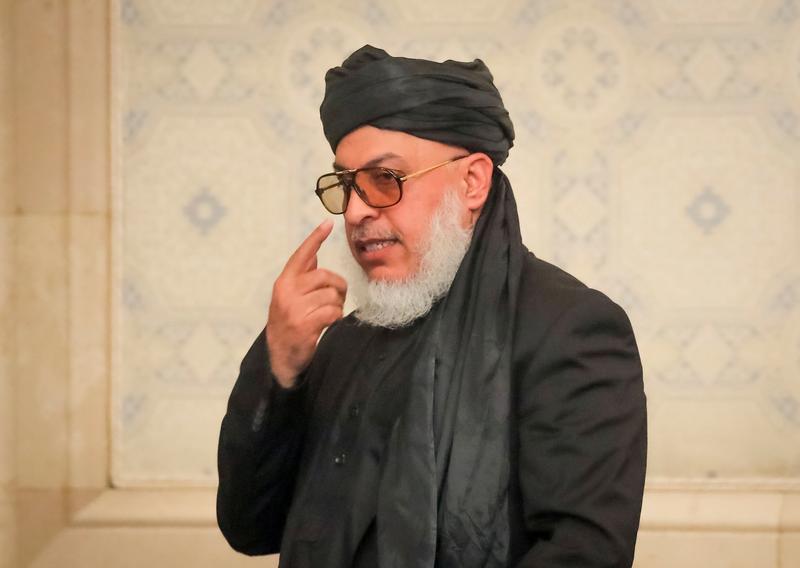 What is the Taliban today? It is no longer a monolith. The central leadership – the Quetta shura, has problems with the military wing led by Mullah Mohammad Yaqoob.  The old guard of Bradar, etc. who travel around the world, lack heft. Nobody hears of Tayyeb Agha, Mullah Omar’s secretary, who headed the Doha office and quit over factional strife after Omar died; or Agha Jan Motassim, Omar’s son-in-law, and a member of the Quetta Shura who advocated talks.

Then there are the Guantanamo five currently in Doha. They were important at one point which is why Pakistan handed them over (sold, according to some) to the Americans but they have not been back to either Pakistan or Afghanistan in nearly two decades. Then there are tensions between tribes – the Ishakzai and Noorzai (Akhundzada is a Noorzai) resent the monopoly exercised by the Populzai and Barakzai.

There is the Haqqani Network (HN) with their ISI linkages and formidable military clout.  There are those who favour peace and are unhappy with the bloodletting. All told, there are said to be eight groups. However, despite differences, they have held together.

An estimate made when the US initiated talks was that the ideological driven component of the fighting wing had been degraded. Those adhering to the original ideals were estimated at about a third. Another third were mercenaries, narcotics traffickers, criminals and tribes at war with other tribes. The rest were those from refugee camps, indoctrinated in madrassas and who had stayed so long in Pakistan that they were, for all practical purposes, Pakistani. And within this ensemble, it is the ISI proxy, the HN, who command much support. 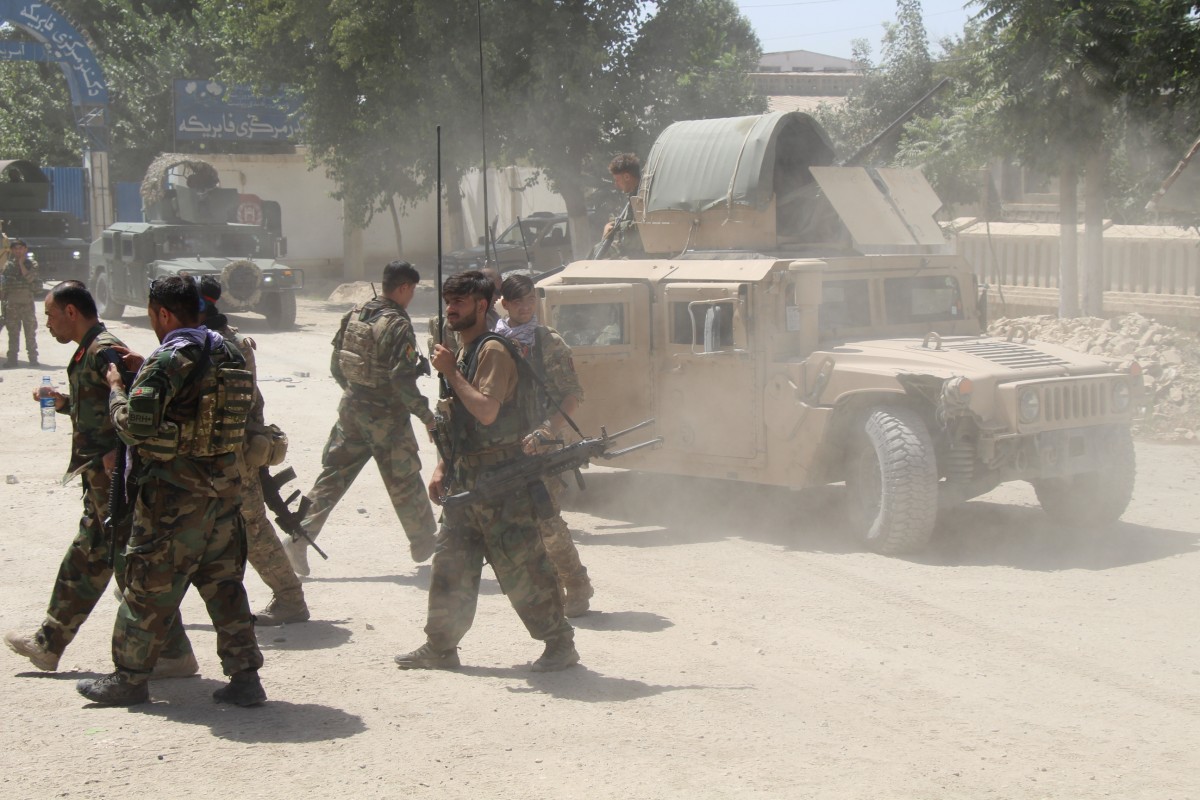 Afghan Commando forces are seen at the site of a battle field where they clash with the Taliban insurgent in Kunduz province, June 22, 2021. Photo: Reuters/Stringer

Another argument is that we must recognise reality and that if the US and the regional countries are talking to them so must we. Taliban is not new to the US, Khalilzad has been negotiating with them since the mid 90’s, first as a UNOCAL representative and then, later, as the US government representative. There was an element within the Clinton administration which was supportive of Taliban. Robin Raphel, Clinton’s Assistant Secretary of State met them in 1996.

Also read: The Truth Behind the “IS” in Afghanistan

The regional countries have their own issues – dissident Islamists operating from Afghan soil; narcotics; and possibility of Russian speaking elements of ISIS translocating to the northern belt. The region has paid a huge price and is tired of this war. They have been in touch with Taliban to secure assurances and to promote intra-Afghan talks. The region realises that the Americans, in one way or the other, have been responsible for much that has happened over the last 40 years, and many look at them as the problem, not the solution.

That said, a link or a channel to the Taliban is desirable but discretely for it is the message that is important. An opening will surely present itself as the Taliban cannot rule on its own if it comes to power. It will need outside financial support, which Pakistan cannot underwrite, and international acceptance.  At that point, Pakistan will come under pressure from an influx of refugees, the inevitable sub-nationalism of the Pashtoons and control could wane. If, on the other hand, Taliban agrees to co-habitate, then equations change.

We understand Pakistan and Afghanistan better than most others. We should have been one step ahead.

Anand Arni, a former Special Secretary in the Cabinet Secretariat, is with the Takshashila Institution.