India’s statement comes in the background of recent friction between New Delhi and Beijing over the ongoing military stand-off at the border that began in early May. 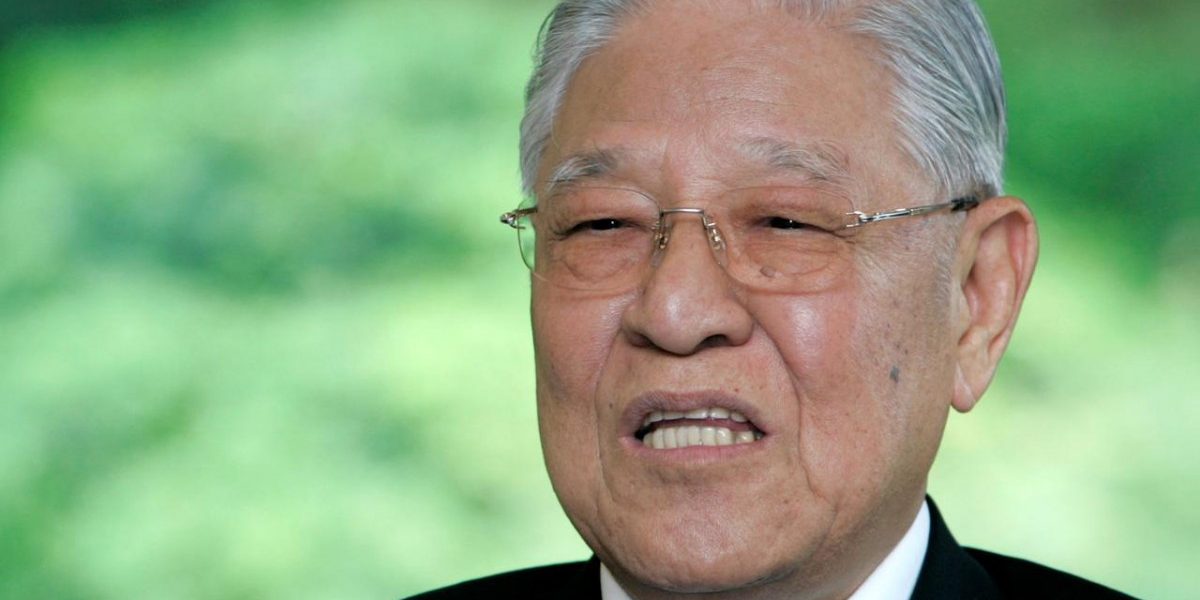 New Delhi: India expressed condolences on the passing away of Taiwan’s former president, Lee Teng Hui, who had strengthened democracy and also insisted on the island nation’s treatment as a sovereign state, infuriating China.

Ninety-seven-year-old Lee, who had been president from 1988 to 2000, died from multiple organ failure and septic shock on Thursday.

The message of condolence was expressed in a Facebook page of the India Taipei Association, India’s de-facto embassy. Due to India’s one China policy, New Delhi doesn’t have diplomatic relations with Taiwan, but the two countries maintain trade offices in each other’s capitals.

A New York Times obituary described Lee, who was the first president to be elected by popular vote, as someone who “never backed down from disputes with the mainland, and he continued to be a thorn in its side well into his later years”.

A reply from Taiwan’s foreign ministry thanked “India and the India Taipei Association for expressing their condolences”. “We will continue to uphold the free and democratic principles he held dear, and continue to work with India and other like-minded countries to strengthen our cooperative ties and ensure peace, stability and prosperity in the Indo-Pacific region and the wider world,” the ministry wrote.

India’s statement comes in the background of recent friction between New Delhi and Beijing over the ongoing military stand-off at the border that began in early May. Tensions had further ratcheted up after a violent face-off at Galwan valley in eastern Ladakh led to the first military casualties at the India-China border in decades.

Since then, there have been several rounds of military and diplomatic talks to implement the disengagement process. Meanwhile, India has taken a number of measures to target Chinese companies, ranging from banning mobile applications to stopping them for applying for infrastructure projects.

At a webinar last week, the Chinese ambassador had expressed concern at opinions expressed in several media columns calling for revision of India’s one-China policy and closer ties with Taiwan.

“There has been an argument in Indian public opinion on the boundary question, which worries me, suggesting the Indian government adjust its policy towards China, and change its stance on issues related to Taiwan, Xizang, Hong Kong and the South China Sea to put pressure on China,” said Ambassador Sun Weidong.

He cautioned that “while China doesn’t interfere in other country’s domestic affairs, it allows no external interference and never trades its core interests either”.

During a 2018 hearing of the parliamentary standing committee on external affairs, then foreign secretary Vijay Gokhale had explained that India’s Taiwan policy has been adopted by all governments in the last seven decades.

“This is a policy the Government of India established on the 30th of December, 1949. On the 30th of December, 1949, Government of India declared the Ambassador of the so-called Republic of China resident in New Delhi as persona non-grata. That was an irretrievable step the Government took. India derecognised that government and asked its Envoy to leave the country and the next day, the then government of the day offered its recognition to People’s Republic of China,” said Gokhale in February 2018.

The Indian foreign secretary further stated that there had been progress in contact with Taiwan within the policy parameters laid down by Indian government. Despite this, Gokhale noted two years ago that the Taiwan issue was “highly sensitive for China and for our larger relationship with China, which is our neighbour and a country with which we have to build a long-term relationship”.