Though India referred to democracy twice in the statement, there was no specific reference to the detained leaders and it stopped short of condemning the coup. 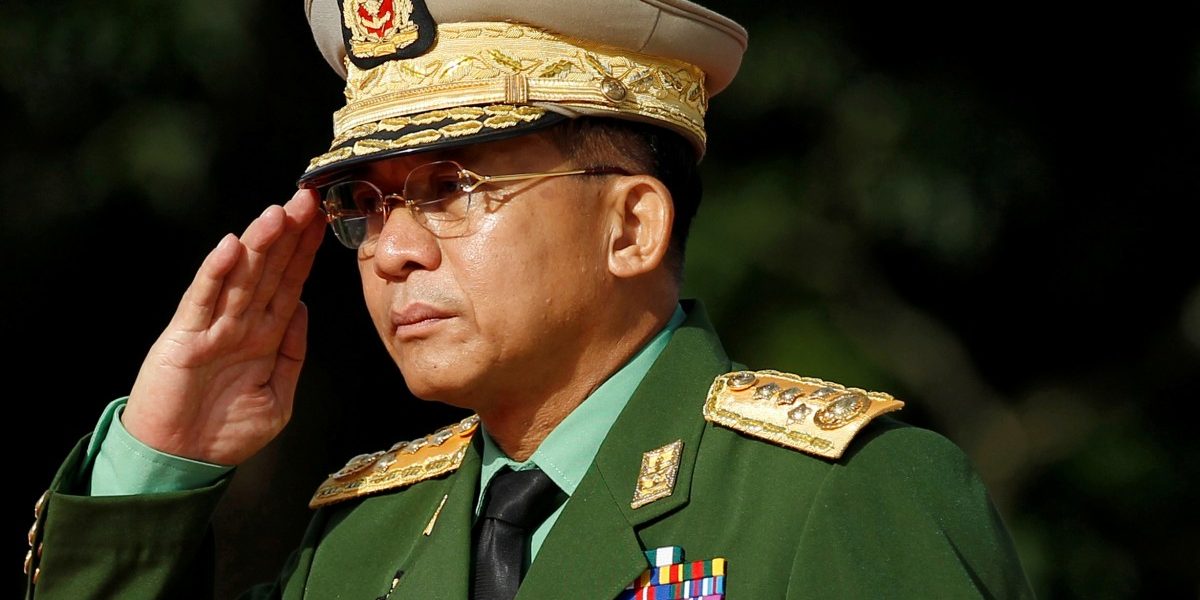 The statement issued by the Ministry of External Affairs stated that it had “noted the developments in Myanmar with deep concern”.

“India has always been steadfast in its support to the process of democratic transition in Myanmar. We believe that the rule of law and the democratic process must be upheld,” said the press note.

The reference to democracy twice in the statement by India is noteworthy, though there was no specific reference to the detained leaders. It also stopped short of condemning the coup.

The statement concluded that India is monitoring the situation closely.

Myanmar is a critical neighbour for India, especially as a land conduit to link north-east India to rest of the Southeast Asian region. It has invested in major development assistance projects, like the Kaladan multimodal connectivity project that will connect from India’s Mizoram state to Sittwe port in Rakhine province in Myanmar. There are also security imperatives for India’s cooperation with Myanmar, with whom it shares a long, mountainous border.

When Myanmar faced international criticism over the Rohingya exodus to Bangladesh, India had been among the few countries to have made more supportive statements in favour of the government in multilateral fora.

As per the announcement on a military-owned television channel, Myanmar’s military declared a state of emergency for one year and handed over power to military chief Min Aung Hlaing. The military has disputed Aung San Suu Kyi’s National League of Democracy’s landslide victory in the general elections last November.

After the election results were announced, the Indian prime minister had congratulated Suu Kyi on her victory. Narendra Modi had termed the “successful conduct of polls” as a step towards “democratic transition in Myanmar”.

Congratulations to Daw Aung San Suu Kyi & NLD for victory in the elections. The successful conduct of polls is another step in the ongoing democratic transition in Myanmar. I look forward to continuing to work with you to strengthen our traditional bonds of friendship. @MyanmarSC

US Secretary of state Anthony Blinken expressed alarm at the detention of political leaders and called on the military to “reverse these actions immediately”.

The White House went further and cautioned that it could impose sanctions “against those responsible if these steps are not reversed”.

.@PressSec on the situation in Burma pic.twitter.com/4bMuLxgu6Y

In New York, United Nations secretary general António Guterres said that declaration of transfer of powers to the military “represent a serious blow to democratic reforms in Myanmar”.

He urged the military leadership “to respect the will of the people of Myanmar and adhere to democratic norms, with any differences to be resolved through peaceful dialogue”.

“All leaders must act in the greater interest of Myanmar’s democratic reform, engaging in meaningful dialogue, refraining from violence and fully respecting human rights and fundamental freedoms,” said the statement released by UNSG’s spokesperson.

China, Myanmar’s leading source of development assistance and investment, issued a mild statement, with no hint of a rebuke.

“We have noted what has happened in Myanmar and are in the process of further understanding the situation,” spokesperson Wang Wenbin said at the daily briefing in Beijing.

He added, “China is a friendly neighbour of Myanmar’s. We hope that all sides in Myanmar can appropriately handle their differences under the constitution and legal framework and safeguard political and social stability”.

In the region, Myanmar’s immediate neighbour, Bangladesh has yet to issue a statement. The Dhaka Tribune stated that the Bangladeshi foreign minister A.K. Abdul Momen stated briefly that it was unlikely to impact repatriation of Rohingyas.

Myanmar’s ASEAN partner, Indonesia urged “all parties” to exercise restraint and “put forth dialogue in finding solutions to challenges so as not to exacerbate the condition”.

It called for the observance of principles of the ASEAN charter, which include “rule of law, good governance, the principles of democracy and constitutional government”. “Indonesia also underscores that all electoral differences be addressed in accordance with available legal mechanism”.

4. Indonesia urges all parties in Myanmar to exercise self-restraint and put forth dialogue in finding solutions to challenges so as not to exacerbate the condition.

Singapore’s foreign office expressed “grave concern” and hoped that “all parties involved will exercise restraint, maintain dialogue, and work towards a positive and peaceful outcome”.

In a similar vein, Malaysia also viewed the situation with “serious concern”. The Malaysian foreign ministry’s statement called on the military and all parties to “give utmost priority to the maintenance of peace and security in the country, uphold the rule of law, and resolve any electoral discrepancies through established legal mechanisms and dialogue in a peaceful manner”.

Both Thailand and Cambodia termed the developments in Myanmar as “internal affairs”.

Note: This article has been updated to include China’s reaction.