The changing security environment in South Asia and elsewhere may have brought on new problems but it has given us new tools and abilities to deal with them. 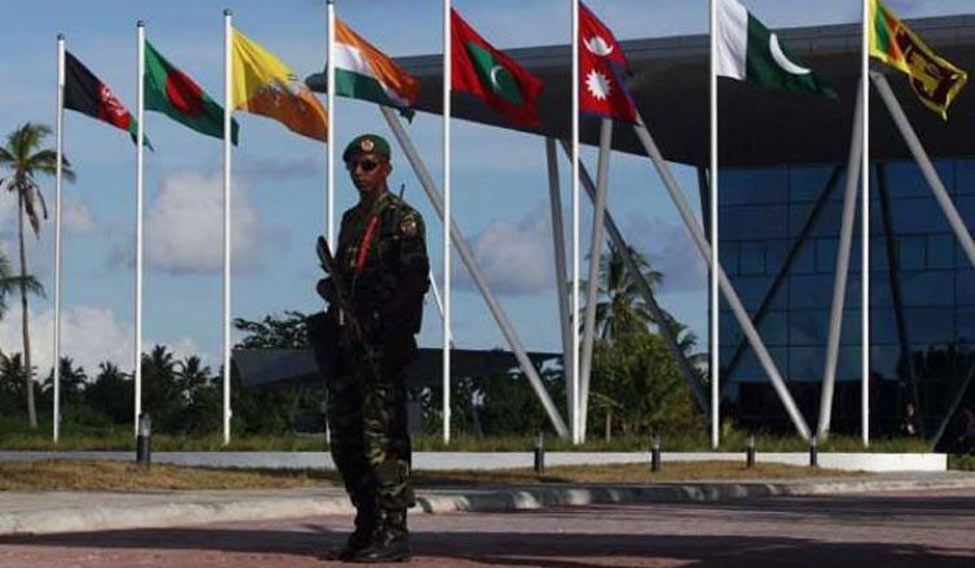 This is the second part of Shivshankar Menon’s essay on ‘South Asia: Evolving Geopolitics and Security Issues’. Read part one here.

Nation-building is still a work in progress in southern Asia, and state sovereignties are still new and fiercely defended. That is the main reason why there are no collective security organisations, alliances or structures within the sub-region. There is no overarching security architecture or formal coalition of powers in southern Asia. Nor does it seem practical or realistic to try to impose such an overall architecture on the region at present.

There have been sporadic attempts to build up a body of law and practice on security issues in the region. For instance, a SAARC Regional Convention on the Suppression of Terrorism was signed as early as 1987. But these attempts have proved ineffective without extradition and other arrangements, and in the absence of political will. Cross-border terrorism still receives support from state organs in Pakistan. Nor is there a region-wide forum dedicated to discussion of regional security issues. Instead, we have relied on bilateral arrangements, and on informal agreements and understandings to ensure that threats to one or more states are tackled.

Most of these arrangements have inevitably been centred on India, since it is India which has borders with all the other southern Asian countries and because of her considerable size and capabilities. This ad-hoc and, necessarily, post-hoc or reactive approach has meant that regional security issues of broader concern, such as, say, migration (like the 2015 refugee crisis in the Andaman Sea), cybersecurity, or radicalisation of cross-border ethnicities (like the Rohingya), do not always receive the broader attention that they require if they are to be tackled effectively.

Also, state capacity in the security field varies considerably across the region, and, therefore, the effectiveness in practice of these bilateral and informal arrangements also varies considerably. What India and Bhutan have done together for each other’s security is a model of effective cooperation that respects sovereignty and sentiment. India and Bangladesh too have been successful in the recent past in tackling insurgent and terrorist groups, as have India and Sri Lanka. The time may have come when we need to build on our successful experiences and think of formalising the practice of like-minded countries working together in a few carefully chosen regional security issues. This could fill gaps and build habits of working together on security issues in the region.

To begin with, we might consider the formalisation of existing bilateral arrangements with India – a local “hub-and-spokes” arrangement.

From regional to national security

Southern Asian countries do not today face existential national security threats from abroad. Even though some politicians find it convenient to claim external threats, the real threats to national security today are internal. Only in the case of Pakistan and Afghanistan are their internal threats existential – threats to their very existence as states. Pakistan is yet to establish viable state systems based on a common sense of nationhood and is challenged by large organised groups of its own citizens, with some outside support, seeking to establish a religious state, or a caliphate, or to abolish the state altogether.

This perpetual source of instability in the western part of southern Asia prevents effective regional cooperation. Frankly, it is hard to see an early end or solution to this problem from within Pakistan. Afghanistan’s long and often successful resistance to these forces suggests that there is more hope there of a benign outcome. The situation in West Asia, which has deteriorated over the last decade, is further fuelling terrorist, extremist and radical religious forces. For the present, we are, therefore, left seeking means to manage and contain the problem.

Given trans-border ethnicities, there is fertile ground in our region for separatist movements and insurgencies. Many of these insurgent groups operate in less governed spaces and across national boundaries. Fortunately, cooperation among states in dealing with these movements has improved in the last decade, and we are, by and large, getting better at dealing with these problems through a combination of political and other means. Deaths from terrorism and internal conflict in south Asia have declined steadily in the last decade.

The risks of inter-state conventional conflict in the area have been managed successfully for over four decades now, and its costs and risks are now better appreciated than in the 1950s and ’60s. Indeed, in some ways, the fact that there are two nuclear weapon states in southern Asia has actually stabilised the situation as far as conventional conflict is concerned and has driven conflict to other sub-conventional levels – to terrorism, covert action and forms of asymmetric warfare.

The other aspect of national security that is increasingly relevant for many of us is maritime security in the Indian Ocean. When India started reforming its economy in 1991, external merchandise trade accounted for 16-18% of GDP. By 2014, that had risen to 49.3%, and over 80% of that was carried by sea. The proportion has since dropped as world trade has shrunk. This gives us an idea of how important the Indian Ocean is to India’s security. For maritime states like Sri Lanka, Bangladesh, the Maldives and for Myanmar, the Indian Ocean and its security is critical to their economic well being.

Fortunately, the security situation in the Indian Ocean is not as acute as in the seas near China, with their territorial and maritime disputes, or in the western Pacific where a real struggle for naval mastery and dominance is unfolding. The Indian Ocean’s issues arise mainly from troubles on land, particularly around its seven choke-points, and the resulting piracy and instability that threaten the security and safety of critical sea lanes. Fifty per cent of the world’s trade passes though crucial Indian Ocean choke points, and its sea-lanes carry a large proportion of the world’s energy flows. The open geography of the Indian Ocean means that no single power can or is likely to dominate it, but this does not prevent great powers from trying, and their contention is growing.

Having said that, the main threats to the states of southern Asia are today internal. They come from the loss of social cohesion due to the very rapid growth and change that we have experienced in the last few decades. They also arise from the effects of new technologies, particularly information and communication technologies (ICT), which empower small groups and individuals, irrespective of whether they intend harm or good. ICT has breathed new life into older insurgencies, terrorist groups, and rebellions, like the Naxalites in India or ethnic insurgencies in Myanmar. ICT also creates new opportunities for criminals. In 2012, for instance, threats and malicious rumours spread on social media drove almost 80,000 people from north-eastern India to return home from their jobs in Bangalore and Mumbai. They were soon back at work and we put in place systems to prevent such misuse of social media in the future, but that was just one example of the power of ICT to spread social panic.

But ICT is also a positive enabler. India is trying to reach benefits from government directly to the most needy, through the universal identification system, or Aadhaar; or the difference that communications has made to our ability to manage disasters and respond to extreme weather events; or at what ICT has meant for financial inclusion, for education. The list of benefits is long and far outweighs the dangers. But that list also makes it all the more important that we start to treat cybersecurity with the seriousness that it deserves. This is one domain, cyber space, which recognises no national boundaries or man-made sovereignties. We must cooperate across boundaries if we are to be successful at securing it.

Security is personal too

ICT also has a broader political effect. It helps to create and spread expectations and aspirations among the young, uprooted and mobile population of all our countries. History (and de Tocqueville) has shown that revolutions are produced by improved conditions and rising expectations, not by mass immiseration. This is exactly what globalisation has left us, a world where everything is amazing and nobody is happy, where life is better than ever before for most people but anger and dissatisfaction is high. This is especially true of South Asia, which has just undergone its fastest economic growth spurt in history, thus accentuating inequalities just when ICT has spread knowledge of what is possible and available elsewhere, and thus raised expectations. Traditional elites and establishments are under attack everywhere.

It is also probably true in several countries that individuals no longer feel as secure in their person as they used to. Statistics and polls, when available, bear this out. Crimes against the person and violence against women are increasing in all our societies. Some of this is the result of the uprooting that comes with massive urbanisation and migration. As women join the work force and social mores change, personal security is under growing challenge. Traditional policing no longer suffices. Bhutan is the happy exception to this phenomenon and the rest of South Asia should be learning from it.

Coalitions of the willing

Given the region’s geography, political economy and geopolitics, what can the countries of  South Asia do about the security challenges we face?

Both geopolitics and the security environment around us are changing rapidly. Our older ways of dealing with them no longer suffice when peoples’ expectations have been aroused. The external environment increasingly shapes our freedom of choice and actions. Fortunately, we have past successes to build on in addressing these new challenges, and we have a record of recent economic success that gives our children the means to tackle them.

There is certainly much more that we as a region can do against multinational threats such as terrorism and against the state sponsors of terrorists. Today, if the sub-region as a whole is inhibited by one or other member’s ambivalence, the rest of us should put in place information sharing and joint actions against cross-border terrorism, its financing and support.

The time is also probably ripe for a conversation, maybe informal to begin with, about regional security issues that affect us all, though to differing degrees. A start could be made in capacity building and in cooperation on border and coastal security and policing which require cooperation across boundaries.

We also need to share best experiences of community policing and to find effective ways of cooperating against internal security threats and the new crimes that an interconnected, globalised world makes possible, working together to enhance cybersecurity and personal security.

As for bilateral cooperation, we should build on the exemplary and successful experience of India and Bhutan.
There are lower expectations of new legal instruments or multilateral initiatives. Experience shows that they are unlikely to be effective in practice without the necessary political will among all the states involved. Instead, coalitions of those affected who share the same approach may be the best way forward on issues like radicalisation and maritime security.

What the countries of southern Asia probably need to think about now is how to work together or in parallel so that the effect of our efforts is multiplied and we are able to confront and defeat the security and other challenges that the future will surely bring.

Note: This article draws on a lecture the author delivered at the Royal Institute of Governance and Strategic Studies in Thimphu, Bhutan in May, 2017.