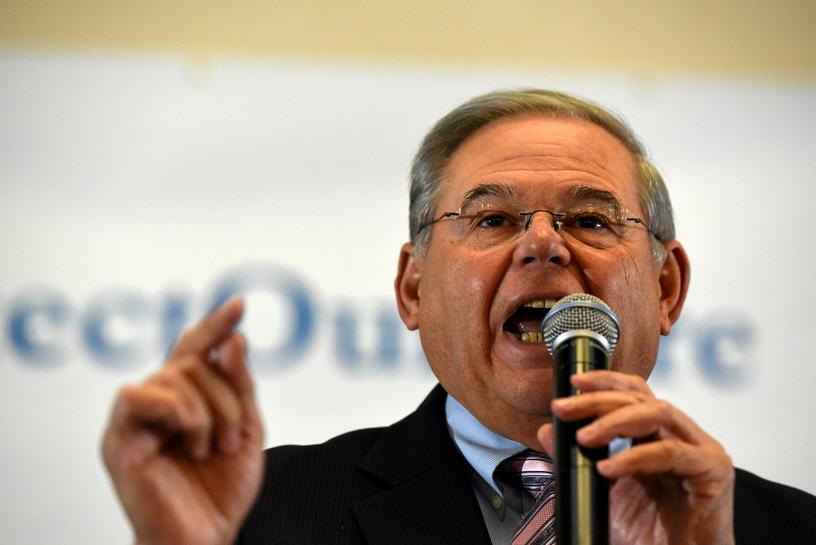 New Delhi: Close on the heels of his visit to India, US secretary of defence Lloyd J. Austin was urged by the chairman of the powerful Senate foreign relations committee to raise concerns about the “deteriorating situation of democracy” with his Indian interlocutors.

Austin was also asked to convey that India risked sanctions if it persisted with the purchase of S-400 missile defence system from Russia.

The US defence secretary will be arriving in India on Friday for a three-day visit. He will hold formal discussions with his Indian counterpart defence minister Rajnath Singh, external affairs minister S. Jaishankar and National Security Advisor Ajit Doval. This will be the first visit by a member of the new Joe Biden administration to India after its inauguration in January.

In his letter dated March 17, chairman of the Senate foreign relations committee, Senator Robert Menendez, wrote, “Getting the U.S.-India partnership right is critical to addressing 21st-century challenges, and that includes urging the Indian government to uphold democratic values and human rights.”

He urged Austin to convey to the Indian leadership that in all areas, “including security cooperation, the US-India partnership must rest on adherence to democratic values”.

The Democrat senator from New Jersey further that he would be like to see growth in the India-US partnership, “but we must acknowledge that the partnership is strongest when based on shared democratic values and the Indian government has been trending away from those values”.

“The Indian government’s ongoing crackdown on farmers peacefully protesting new farming laws and corresponding intimidation of journalists and government critics only underscores the deteriorating situation of democracy in India,” he stated.

Menendez also wrote a joint letter with the Senate majority leader Chuck Schumer to the US secretary of state Anthony Blinken, which specifically asked the Biden administration to raise the farmers’ protest in “future engagements with the Indian government”.

“While we do not take a position on internal Indian policy matters, we recognize and condemn that on January 26, a small faction of protesters engaged in unacceptable violence at the Red Fort in New Delhi, but protest leaders quickly condemned the violence and the vast majority of protesters remained peaceful. However, Indian authorities at different levels of government have used that day’s events as a pretext to undertake a broader and sustained crack down on peaceful protesters, journalists, and government critics,” the senators wrote on March 18.

In his letter to the defence secretary, Menendez also referred to the think-tank Freedom House downgrading India’s classification to ‘Party-Free’.

“Moreover, in recent years, rising anti-Muslim sentiment and related government actions like the Citizenship Amendment Act, the suppression of political dialogue and arrest of political opponents following the abrogation of Article 370 in Kashmir, and the use of sedition laws to persecute political opponents have resulted in the US human rights group Freedom House stripping India of its ‘Free’ status in its yearly global survey,” he said.

On Monday, Indian external affairs minister S. Jaishankar had dismissed the negative assessments of India’s democratic status by Freedom House and Swedish institute, V-Dem. He stated that the country does not need “homilies” or certification from a “set of self-appointed custodians of the world“.

Menendez reminded Austin that the White House had recently released an Interim National Security Strategic Guidance, which analysed that “democracy is essential to meeting the challenges of our time.”

“We should seek to partner with India to address challenges from China to climate change, but in doing so we cannot let our democratic values fall away. I urge you to raise the importance of democracy and human rights in your meetings with Indian officials to make clear that respect for democratic values is necessary for strong, sustainable U.S.-India relations,” he wrote.

Further, he urged the secretary of defence to make it clear that India’s planned purchase of Russian S-400 missile defence system “threatens” not only the risk of sanctions under Countering America’s Adversaries Through Sanctions Act, but also the future of bilateral defence cooperation.

On India’s reported plan to purchase the Russian S-400 system, Menendez added: “If India chooses to go forward with its purchase of the S-400, that act will clearly constitute a significant, and therefore sanctionable, transaction with the Russian defence sector under Section 231 of CAATSA. It will also limit India’s ability to work with the US on development and procurement of sensitive military technology. I expect you to make all of these challenges clear in conversations with your Indian counterparts.”

Robert Menendez Letter by The Wire on Scribd