With None of the Earlier Fanfare in Sight, India Resumes COVID-19 Vaccine Exports

After India stopped exports following the second wave in the country, its perception as a reliable vaccine supplier globally took a hit. This is perhaps the reason for the reluctance to go all out this time around. 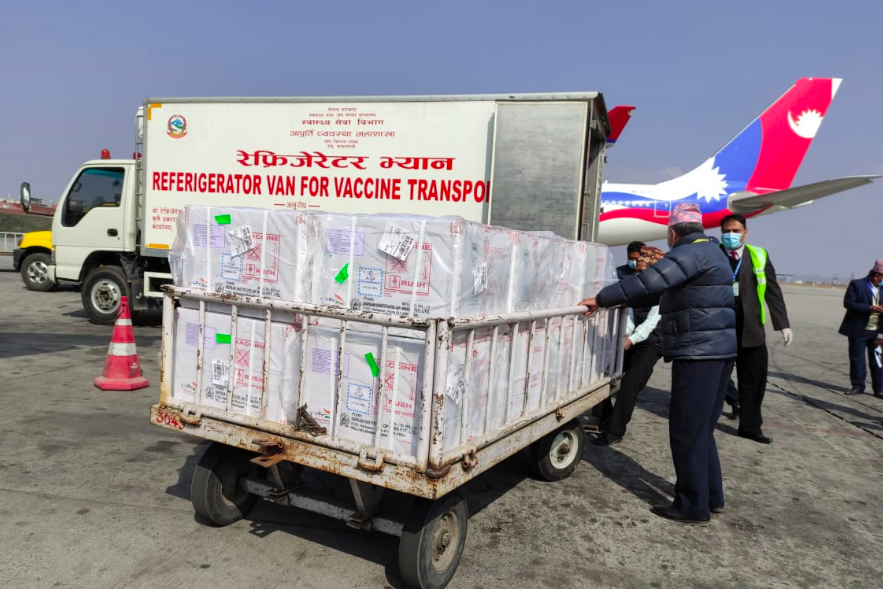 New Delhi: India resumed its COVID-19 vaccine exports to parts of the world that need them the most last month, but the initiative this time around is missing the fanfare that marked its first roll-out in early 2021.

Not only did the Narendra Modi government delay in releasing specific export numbers until this week – a marked departure from the past, when it would release daily or weekly data – but it has also quietly removed the ‘Vaccine Maitri’ branding that accompanied the earlier exercise on social media.

On September 20, the health minister first announced the intent to restart vaccine exports from the subsequent month. A few days later, Prime Minister Narendra Modi told the UN General Assembly that India has “once again started distributing the vaccine to the needy people of the world”.

Several media reports, citing official sources, noted that India had sent vaccines to neighbouring countries in October. But, it was only on November 22 that the MEA (ministry of external affairs) finally updated the numbers on its vaccine supply table.

The MEA’s database used to be updated nearly instantly after every shipment of vaccine exports went out between January and April 2021. The Modi government celebrated each delivery of a consignment of vaccines abroad as a cause for national pride, all of them uniformly tagged with the ‘Vaccine Maitri’ hashtag and publicised extensively through its network of supporters.

Having been on the frontlines to deal with stymied governments and organisations, the return of Indian vaccines to the export market had been deliberately kept low-key by the foreign ministry after the initial announcement, it is learnt. An archived web page shows that the MEA’s database was updated only on Nov 22, more than a month after the first consignment was dispatched in October.

When The Wire had asked sources in early November whether the MEA vaccine supply database would get updated, the view was that it would be better not to underline the numbers before the supply could be reasonably stabilised.

There was also a line of reasoning that since the waiting line of countries clamouring to get their orders was long, it may cause more heartburn among nations outside India’s neighbourhood who would not be at the top of the list for getting early deliveries by releasing names of who got it first.

The public release of the export numbers this week implies that there is now more confidence in the consistency in the vaccine supply chain.

India’s return to exports began with a supply of one million doses of Bharat Biotech’s Covaxin to Iran on October 8. As per the MEA records, it was a grant-in-aid delivery. Iran had earlier purchased 125,000 doses of Covaxin in March this year. 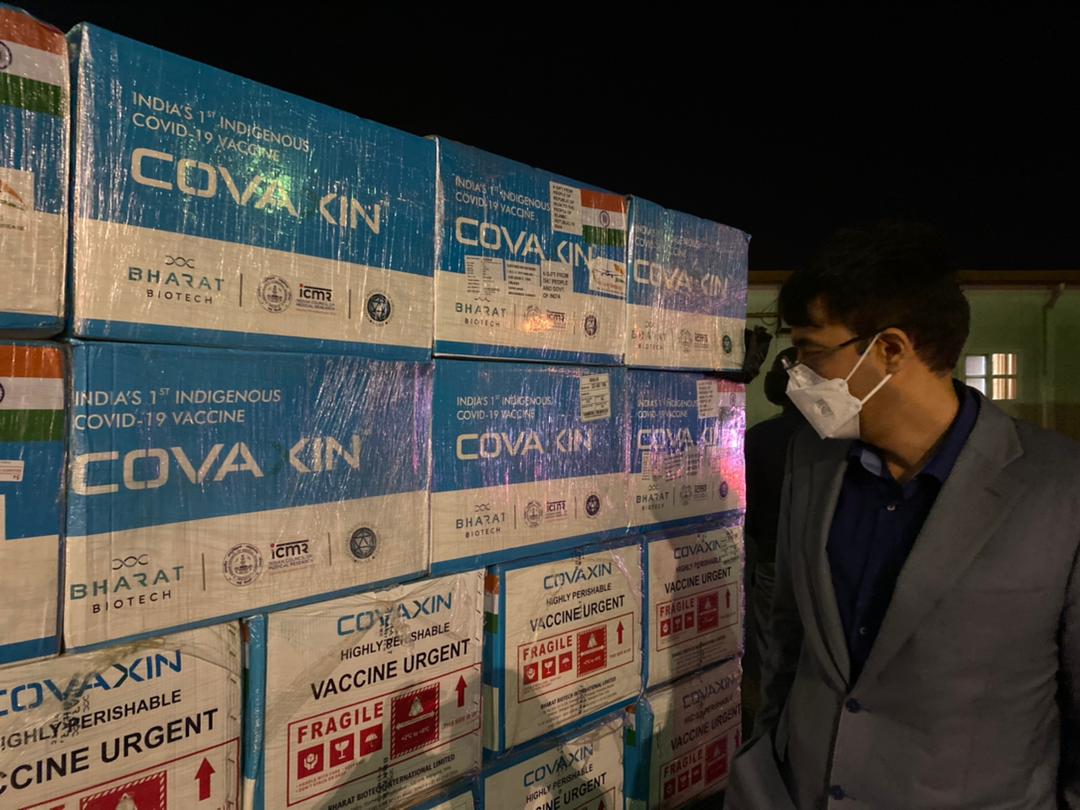 The Indian embassy in Iran tweeted the arrival of the vaccines with photos and even used the ‘Vaccine Maitri’ hashtag. While a couple of Indian embassies re-tweeted it, the Ministry of External Affairs’ official social media accounts kept away, even though it had always religiously highlighted all such tweets from missions earlier. External affairs minister S. Jaishankar also notably did not re-tweet the Iran delivery post.

The following day (October 9), three separate consignments went to Nepal, Bangladesh and Myanmar. Both Nepal and Bangladesh transactions got one million doses as part of their paid commercial deal with SII, and Myanmar received another one million Covaxin doses as a grant.

It had been a long wait for both Nepal and Bangladesh. Not surprisingly, both their vaccination drives went into slow mode till China stepped in to fulfil the immediate shortage.

Till now, Bangladesh has received 11.3 million vaccine doses from India, out of which 8 million were under a commercial agreement and the rest as grants. Dhaka restarted its vaccination programme in June with Chinese vaccines. In October, a record 6.8 million doses of China’s Sinopharm vaccine were administered in Bangladesh on a single day.

It was a similar story for Nepal, where China became the major vaccine donor after India stopped supplies. While there is no immediate urgency for vaccines in these countries, but SII needed to begin fulfilling its paid orders, starting with the neighbourhood.

The fourth transaction took place a month later on November 7, with 400,000 Covaxin doses delivered to Paraguay. This was a commercial deal, whereas earlier two deliveries to the Latin American country in March and April were as grants.

Neither of the last three COVID-19 vaccine exports was publicised either by MEA spokesperson, Indian missions or Indian cabinet members. The last time the ‘#vaccinemaitri’ phrase was used in a tweet about supplies to specific countries, either by external affairs minister S Jaishankar or MEA spokesperson, was in March.

Following that, Jaishankar had only referred to “Vaccine Maitri” when extolling the supply of ‘Made-in-India’ vaccine around the world or receiving appreciation.

For the Indian government, ‘Vaccine Maitri’ is a catch-all term for external supplies of covid-19 vaccines, whether in the form of grants-in-aid, commercial sales by Indian manufacturers and through the COVAX facility.

Therefore, when the Indian government asserts that it has sent 66.3 million doses under Vaccine Maitri, 54% was through commercial sales, 30% sold to COVAX, and only 16% were as bilateral donations or grants.

Naturally, India tried to win brownie points for even commercial supplies, whether to South Africa, Egypt or Brazil – even though the countries had paid for these. All of them were tagged with the ‘vaccine maitri’ initiative, which would have usually meant that any future commercial sales would also be highlighted in a similar way.

From the start, India had said that the exports would be dependent on domestic demand. However, with the Indian government having declared victory on COVID-19 after the first wave, the expectation from eager buyers was there would not be any significant supply disruption, which led AstraZeneca vaccines to be integrated into roll-out schedules. 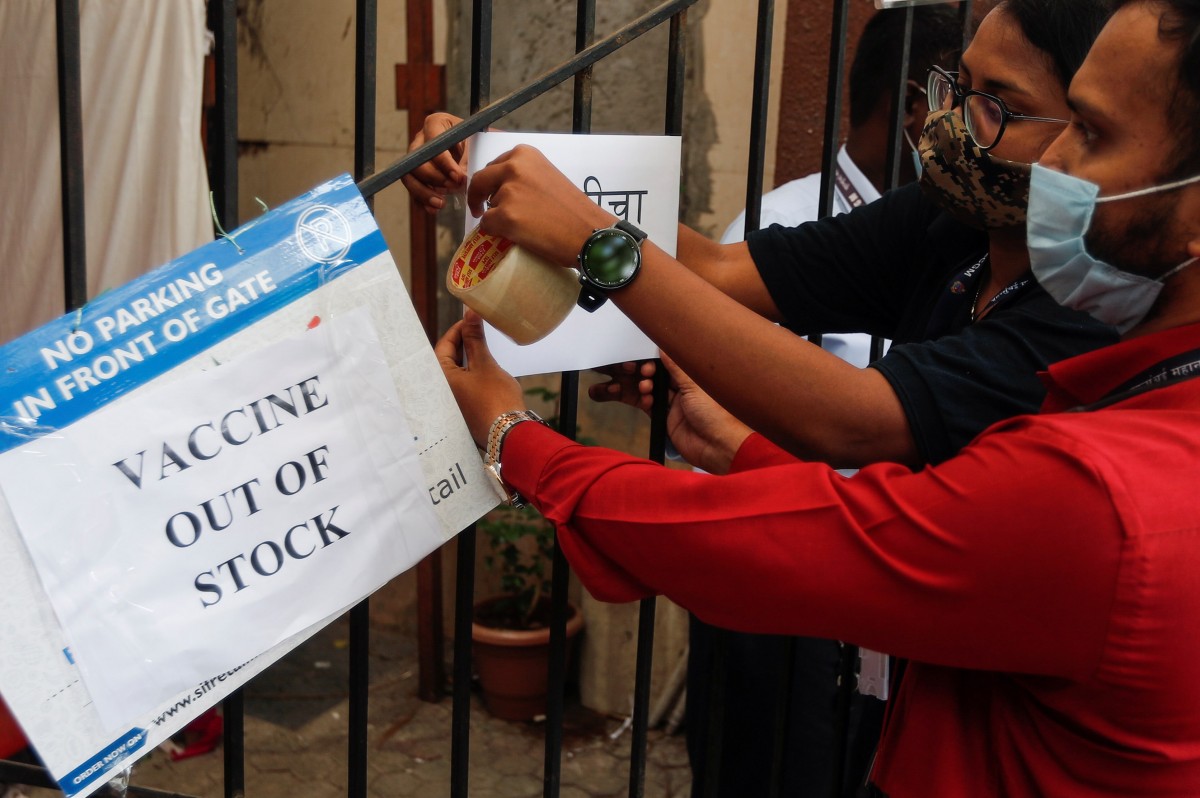 Health workers attach a notice about the shortage of COVID-19 vaccine supplies at a vaccination centre in Mumbai, India, April 8, 2021. Photo: Reuters/Francis Mascarenhas

By April, India stopped all vaccine exports, amidst a rising domestic backlash due to a visible shortage in obtaining doses, coupled with an exponential increase in COVID-19 cases.

The export ban caused ripples across the world, as it delayed the vaccination exercise in several countries. SII had contracted to deliver 200 million doses of AstraZeneca to the international COVAX programme for distribution in 64 lower-income countries. By May, it was supposed to supply 111 million doses. But, when India halted exports in March, it had only delivered around 30 million doses to COVAX.

Also read: Should Restrictions on COVID-19 Vaccine Exports Be Relaxed?

There was also consternation in world capitals as many had been waiting to receive their delivery of the AstraZeneca vaccine under their bilateral supply agreements with Serum Institute of India.

For Indian embassies and the MEA, the heat was felt directly. In South Block, there was a perception in some quarters that the health ministry had not given the proper guidance regarding the availability of doses for exports.

Cloud over the perception of India as a reliable vaccine supplier

The reluctance to go gung-ho on ‘vaccine maitri’ this time is, perhaps, a recognition that India’s perception as a reliable vaccine supplier did take a hard hit.

In May, African Union’s special envoy on Vaccines, Strive Masiyiwa told Financial Times that he was “beyond anger” with India’s Serum Institute of India (SII). He added that COVAX had been warned in January “not to put all its eggs in one basket”.

At a recent interaction with the US think tank Center for Strategic and International Studies, Seth Berkley, CEO of GAVI, which co-led COVAX, defended the strong reliance on SII. “And I know many people have said that’s a mistake, but I believe it’s the right thing to do….And I think it’s proven by the fact that Serum was able to scale up and deliver over 1 billion doses to India during this time period financed through the technology transfers and money we put,” he said on November 15.

But when asked again if he would change any early COVAX strategy with the benefit of hindsight, Berkley, half-jokingly, replied, “Well, I would have taken the Serum Institute of India and put it in Singapore”.

When India stopped all exports for six months, China went full steam ahead in ramping up its vaccine supplies to various corners of the world in the last nine months.

The clamour for ‘Made-in-India’ vaccines may not be as high as earlier this year as there are more options on the table, and most countries have reached a high vaccination rate.

For some countries, the relaxation of restrictions on exports came too late. Among them is a close ally of India, Vietnam. In fact, Vietnam had remained aloof during China’s initial diplomacy campaign, preferring to wait for India’s vaccine.

In May, the surge in more infectious variants led to rising cases even as Vietnam had one of the lowest vaccination rates in South East Asia.

When The Wire asked a diplomatic source privy to Vietnam’s quest for Indian vaccine whether the deal would be fulfilled now after lifting the export ban, he doubted whether the agreement still stands as the south-east Asian country has “almost enough” vaccines. “An opportunity has been lost,” he added.