For a return to normalcy, Jaishankar said, restoration of peace and tranquillity was a must. 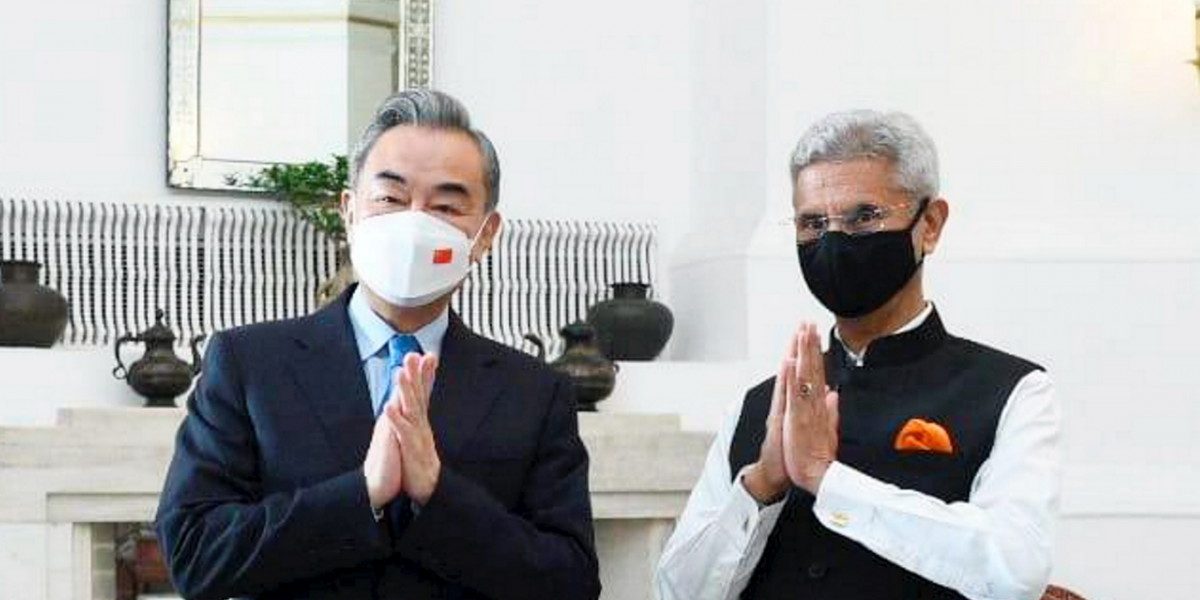 New Delhi: Even as India asserted that relations with China are still “not normal” due to the situation at the border, the two countries discussed a wide range of topics ranging from trade to strengthening cooperation in multilateral fora during the first bilateral visit by the Chinese foreign minister to New Delhi in over two years.

The visit took place under an unusual cover of secrecy. The Ministry of External Affairs’ standard protocol for high-level visits is to make a prior announcement in coordination with the visitor’s foreign office.

There was no public announcement about the visit – either by India or China. Even after Wang Yi landed in Delhi and photos were published all over the media, there was no acknowledgment from the Indian or Chinese governments.

When asked why this happened, Jaishankar told the media that typically, such announcements were made at mutual convenience. “For whatever reason, the Chinese did not want this set of visits which Mr. Wang Yi did, to be announced earlier. So since we did not have a mutual agreement, we did not make our announcement,” he said.

There was no comment from the Chinese side on Jaishankar’s assertion that Wang Yi’s visit was kept deliberately below the radar.

Wang’s first appointment on Friday was with India’s national security advisor Ajit Doval at South Block. There were visuals showing the entry of the cavalcade from which Wang waved to the media, but there was still no public acknowledgment of the visit. From South Block, Wang moved to Hyderabad House, where Jaishankar greeted him. It was also the occasion for the first official tweet from the Indian government about the Chinese foreign minister’s visit. Talks between Wang and Jaishankar went on for three hours, including delegation talks that carried over into lunch.

The Chinese foreign minister then directly left for the airport to emplane for Kathmandu. There was no meeting with the Indian Prime Minister Narendra Modi.

After his meeting with Chinese foreign minister Wang Yi on Friday, Indian external affairs minister S. Jaishankar asserted that the Chinese minister had expressed a desire for a return to normalcy in the India-China relationship. For that return to normalcy, Jaishankar added, restoration of peace and tranquility was a must.

“I would describe our current situation as work in progress, obviously at a slower pace than desirable, and my discussions with FM Wang Yi today were aimed at expediting the process,” he told reporters in a special briefing after the three hours of talks. However, no new announcements were made regarding the outline for expediting a resolution for the stand-off at eastern Ladakh.

The two ministers have met twice on the sidelines of the Shanghai Cooperation Organisation summits in 2020 and 2021 in Moscow and Dushanbe, respectively. They have also held bilateral phone conversations, with all the discussions revolving around Ladakh stand-off.

In the press briefing after the meeting, India suggested that relations between the two countries were yet to be normalised.

“So, the answer in that sense is, if you ask me, is our relationship normal today? My answer to you is no, it is not. And it cannot be normal, if the situation in the border areas is abnormal. And surely the presence of a large number of troops there, in contravention of agreements is abnormality”.

The Chinese foreign ministry’s readouts for the meeting with NSA Doval and minister Jaishankar indicated that Beijing has not shifted from its position that border friction should not dominate the relationship.

This was also mentioned in the Chinese press note on the discussion between Doval and Wang Yi, who were meeting for the first time since December 2019.

Government sources stated that China invited Doval for the next round of meeting of Special Representatives. NSA responded that he was ready to visit China “after immediate issues are resolved successfully”.

First, both countries should take a “long term view”, put the border issue in an “appropriate position”, and adhere to the correct direction for development in ties, he stated.

Secondly, China and India should have a “win-win” mindset. This meant that Beijing respected India’s “traditional role in the region”, and China committed that it does not pursue “unipolar Asia”, the Chinese foreign minister explained. At the same time, Wang also reiterated that it was willing to explore ‘China India plus’ cooperation with India for development in the South Asian region.

Lastly, Wang proposed that “both countries should take part in the multilateral process with a cooperative posture”.

The Chinese foreign ministry’s readout claimed that Jaishankar informed the visitor that India was willing to strengthen communication and enhance mutual trust so that relations could get out of the current downturn.

At the media briefing, Jaishankar asserted that if both countries are committed to improving ties, “then this commitment must find full expression in ongoing disengagement talks”. He also claimed that a “lot of progress” has been made in “resolving some other friction areas and Pangong Tso is notable in that regard”.

There have been numerous rounds of military and diplomatic talks since the military stand-off began in May 2020, when China augmented its military presence at the Line of Actual Control in eastern Ladakh in violation of various border agreements. Chinese troops were also challenged by their Indian counterparts when they went beyond established patrolling points on the disputed boundary.

After multiple rounds, both sides reached an understanding in disengaging troops at friction points Galwan, Pangong Tso lake and Gogra, while the stand-off at Depsang and PP15 continued. There was an expectation in the run-up to the Chinese foreign minister’s visit that PP15 would be next to be resolved, and an announcement would be made during the current high-level visit. However, China has yet to budge from Depsang, where the Chinese presence has blocked traditional patrolling routes of India on the border.

In response to another question, Jaishankar stated that the Indian PM’s participation at the next BRICS summit hosted by China was discussed. “Then, regarding the visit, the question of invitation to the BRICS – Yes, Foreign Minister Wang Yi, and I discussed the Chinese chairing of the BRICS, and they spoke obviously about hosting a summit at which they would like naturally the participation of all the leaders,” Jaishankar said.

Even as both countries publicly kept to their divergent talking points on the importance of the border dispute, the two ministers discussed several international issues, including the crisis in Ukraine. Both agreed that diplomacy is the only way forward.

“We discussed today specific regional situations. Insofar as Afghanistan is concerned, India’s policy is guided by the UN Security Council Resolution 2593. On Ukraine, we discussed our respective approaches and perspectives but agreed that diplomacy and dialogue must be the priority. We also spent some time on multilateral issues. I emphasised the need to take forward the long-overdue reform of the UN system, including the Security Council,” said Jaishankar.

Wang Yi arrived in Delhi from a surprise visit to Kabul, where he became the highest-ranking Chinese official to visit Taliban-governed Afghanistan.

The Chinese government statement also stated that the two countries agreed that unilateral sanctions impeded supply chains and the world economy. There was, however, no such mention by Jaishankar during his briefing.

Despite china’s repeated criticism of the ‘Quad’ group as an emerging ‘Asian Nato’, Jaishankar said that neither the Indo-Pacific nor the four-country bloc came up during talks. India has been concerned about the spread of the Chinese navy in the Indian Ocean, which led to a rush of major powers to ramp up their presence in the region.

On the bilateral front, Jaishankar said that India continued to “press for fairer market access”. Even as political relations between India and China went into a deep freeze due to the border stand-off, trade numbers zoomed upwards despite New Delhi trying to keep off Chinese companies from strategic economic sectors.

The inordinate delay in the return of Indian students to China due to the Covid-19 restrictions was also brought up by Jaishankar. “We hope that China will take a non-discriminatory approach since it involves the future of so many young people. Minister Wang Yi assured me that he would speak to the relevant authorities on his return on this matter. He also recognised the particular concerns that medical students have in this difficult situation”.

With Wang Yi having attended the Organisation of Islamic Cooperation summit in Islamabad, cross-border from Pakistan was also on India’s list of discussion points. “It did come up, in terms of my sharing with him, what is the Indian view of the concerns that we have in respect of Pakistan and, of course, what were some of the positions taken during the OIC meeting”.

On Wednesday, India had reacted strongly to Wang Yi’s reported endorsement of OIC’s views on Kashmir.

“I explained to him why we found that statement objectionable. So, it was a subject discussed at some length. There was a larger context as well. You know, I conveyed that we hoped that China would follow an independent policy in respect of India, and not allow its policies to be influenced by other countries and other relationships,” said Jaishankar.