China Tensions: Can the US or the Quad Come to India’s Help?

The 'Quad' meeting in progress on the sidelines of the UNGA in New York, in 2019. Photo: Twitter/@DrSJaishankar

Washington: If push came to shove on the India-China border, could the US or the Quad come to India’s help in a meaningful way?

The answer to this important question is “no” but not because they don’t want to but because the foundation stones required for such an enterprise are missing despite the years of diplomacy and track II dialogues.

In the case of the US, the preliminary work required to actually assist India in an emergency hasn’t been done over the years. In the case of the Quad, the grouping is thus far only a consultative platform and a long distance from becoming an instrument of effective defence for any of the partners by the rest.

The reasons for the inability of the US to come to India’s aid are many but at the top of the list is India’s political inhibition towards the idea of a full partnership which goes beyond joint statements and soaring rhetoric, according to Ashley J. Tellis, one of the most knowledgeable analysts of Indo-US relations.

Yes, the two countries have come a long distance since 1998, when the US imposed sanctions on India for conducting nuclear tests. But for the relationship to deliver the real goods, both the mind and the matter need to change.

Firstly, India seems to believe there is little the US can do to alleviate its strategic problems. This “ekla chalo re” (walk the path alone) theme in Indian discourse clouds facts. Actually, the US can do a lot more to help. Second, it represents a “failure of imagination” on India’s part and third, it shows a certain ignorance of the “enormous capabilities” the US can deploy in short order if it chooses to, Tellis said at a webinar organised by Arzan Tarapore, a South Asia research scholar at Stanford University.

Watch: ‘Imminent Prospect’ of India Becoming a Football in US Politics: Ashley Tellis

The basic problem: India and the US have not put in place the building blocks that would allow the two countries to operate together in an emergency. “We have agreements that permit us to do so, but we have not acted on them,” Tellis said in a reference to the four foundational agreements the two countries have signed to allow interoperability. The agreements, considered routine by all other countries, took decades for New Delhi to sign.

Diplomacy, joint statements, and talk about great solidarity should be welcomed, but when “diplomacy reaches its limits, the test of our friendship is going to be, “What is it you can do to bail me out of the pickle that I find myself in?” Tellis proposed. For that to happen, preparatory works need to be done such as operational routines and communications. That hasn’t been done.

“Somehow there is an Indian mindset, that if things really came to a crunch, India will turn quickly and the US hopefully will come to its assistance through transfers of technology, equipment and so on. But that’s not the way it works,” he explained. The two sides have to know much more about each other’s forces, where they are located, what their doctrines are and how they operate.

“Crises are not the time to discover what our partners can and cannot do. This is a conversation we need to begin now but I don’t see India as ready to have that conversation yet,” he said. Tellis holds the Tata chair for strategic affairs at the Carnegie Endowment and is a long-time proponent of strong India-US ties. His comments and criticisms come from a place of concern.

Tellis pointed out that US and India also have a “significant disjunction” of objectives on the bigger question of geopolitics and strategy. India wants technology from the US and to a lesser degree, learn from American expertise but India wants it “in an a la carte fashion.”

Once it’s got the tools, India shows no further interest in cooperation and implies that everything else can wait “until the circumstances sort of prove their necessity.” In other words, until such time when a crisis occurs and help is needed.

The US thinks very differently and believes in “operating together” to be able to act effectively should the need arise. Tellis stressed that it doesn’t mean that India has to be a US ally – a word that sparks lightning in New Delhi – but putting in place modest pieces so the two partners know each other better.

The two countries are far from that point. “I sometimes despair that India’s political inhibitions will perpetually prevent us from getting to that point,” he said in a rare show of frustration. 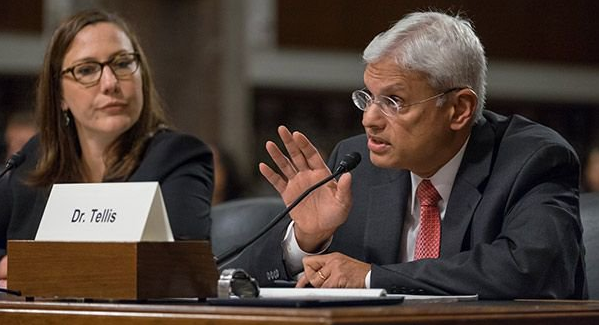 The same issues arise when it comes to making the Quad more effective. The US has understood that China is a generational problem and cannot be handled except through a coalition, which means partners have to step up to the plate. Japan and Australia are ready for greater commitment but India is having difficulty in following suit. But Tellis acknowledged that India had made great strides from where it once was when any defence collaboration with the US and its allies was anathema.

Given the hopes and wishes riding on the Quad, Tellis cautioned against making the Quad appear more than it actually is, which is a forum for consultations. It is an important mechanism for signalling to Beijing that the big players in Asia are essentially of one mind with respect to managing China and that’s an important achievement. But it’s wrong to “invest it with these mythical powers” as the Donald Trump administration has done because that could create a bigger problem, he said.

To give the impression that the Quad is more than a consultative group, one could get the worst of both worlds – alarming the Chinese and prompting a reaction which the Quad would be incapable of facing because it simply doesn’t have the capacity for a joint pushback.

He also warned that the US should not have “extravagant expectations of India” and should take its allergy to entering alliances seriously. That has implications and constraints on what the US and India can do together.

“I think India also needs to appreciate that for itself, so that it can make a better judgment about where it wants to cooperate and where it doesn’t,” Tellis said. “Very often what worries me is that our rhetoric gets the better of our policies.