The ministry also confirmed that all temporary structures and other infrastructure created in the area by both sides will be dismantled and mutually verified. 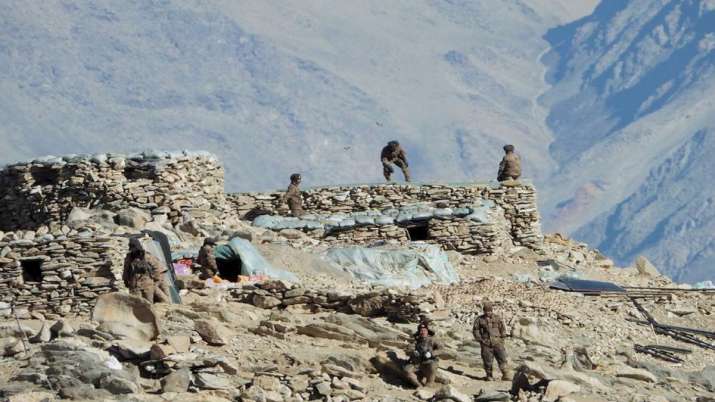 New Delhi: The disengagement between Indian and Chinese troops at Patrolling Point 15 (PP-15) will be completed within five days on September 12, just ahead of the Shanghai Cooperation Organisation summit in Uzbekistan, where both Chinese President Xi Jinping and Prime minister Narendra Modi are likely to be in attendance.

The announcement about the disengagement at PP-15 was made on Thursday through a terse joint press release. It effectively created the fourth buffer zone in eastern Ladakh, where the Indian Army and the Peoples Liberation Army (PLA) had been at a stand-off at multiple points since May 2020.

The strategically important areas of Demchok and Depsang plains continue to have armies of the two giant neighbours in close proximity, with no signs of compromise.

Giving more details of the understanding reached between the two sides about PP15 disengagement, the Ministry of External Affairs (MEA) spokesperson Arindam Bagchi said that the armies have “agreed to cease forward deployments in this area in a phased, coordinated and verified manner, resulting in the return of the troops of both sides to their respective areas”.

“As per the agreement, the disengagement process in this area started on 08 September 2022 at 0830 hrs and will be completed by 12 September 2022,” he added on Friday.

The agreement about PP-15 is based on discussions held at the 16th round of talks between Corps Commanders on July 17.

Bagchi further noted that “all temporary structures and other allied infrastructure created in the area by both sides will be dismantled and mutually verified”. “The landforms in the area will be restored to pre-stand-off period by both sides,” he said.

The MEA spokesperson observed that the Line of Actual Control (LAC) “in this area will be strictly observed and respected by both sides, and that there will be no unilateral change in status quo”.

“With the resolution of stand-off at PP-15, both sides mutually agreed to take the talks forward and resolve the remaining issues along LAC and restore peace and tranquility in India-China border areas,” stated Bagchi.

At a briefing in Beijing on Friday, Chinese foreign ministry spokesperson Mao Ning reiterated that the “status quo of April 2020 you mentioned was created by India’s illegal crossing of the LAC”. “China will by no means accept that,” she added.

Describing the start of the disengagement at PP-15 as a “positive development”, Mao said, “We don’t accept the so-called status quo created by India’s illegal crossing of the LAC, but that doesn’t mean we don’t attach importance to peace and tranquility along the border.”

The movement towards disengagement of the fourth friction point occurs in the run-up to the SCO summit at Samarkand on September 15-16. While Beijing has made no formal announcement, Chinese President Xi Jinping will certainly travel to Uzbekistan for the summit, as Russia has officially confirmed a meeting with Russian President Vladimir Putin on the sidelines. This would be the first foreign travel by President Xi in over two years.

India has, so far, officially not announced a visit by Prime Minister Modi, but he is likely to travel to Uzbekistan as per indications. If Modi does meet with Xi in Uzbekistan, it will be their first face-to-face encounter since the BRICS summit in Brazil in November 2019.

In June 2020, Indian and Chinese troops clashed at Galwan valley in Ladakh, leaving over 23 dead – the deadliest clash at the LAC since 1975.

According to the Times of India, the fourth ‘no-patrol buffer zone’ at PP-15 means that Indian soldiers will fall back to their permanent posts, and PLA troops will withdraw towards their side of the LAC.

The previous buffer zones were created at PP-14, PP-17A and both banks of the Pangong Tso, ranging in size from three to nearly 10 kilometres. As the Indian media reported, there had been concerns that these buffer zones primarily covered areas that India claimed as its territory.

As per reports, the Chinese encroachment on Depsang Plains is a significant concern, as it is located near the Karakoram Pass in the north and Daulat Beg Oldie. Indian troops have not been able to patrol towards its traditional patrolling points in Depsang after being blocked by the Chinese since May 2020.