India-China Tensions: The Only Sensible Approach Is De-Escalation

Many in India and outside may like an aggressive approach towards China, but the Centre must proceed with a reconciliatory approach. 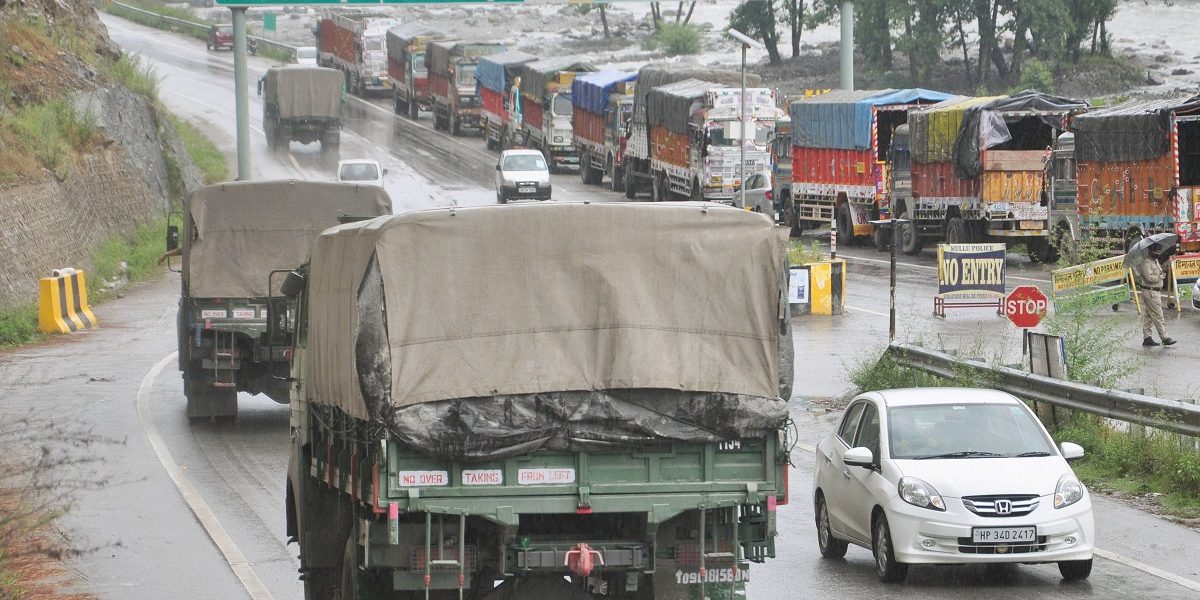 An Army convoy moves towards Ladakh at the Manali-Leh highway, July 8, 2020. Photo: PTI

After weeks of tensions, both India and China have officially agreed to disengage troops along the Line of Actual Control (LAC) and the process of de-escalation has begun at the India-China border. Although the process will be watched carefully and critically analysed in the coming weeks and months, the direction is set. Apart from specific details of de-escalation, the Indian statement emphasises that the “two sides should not allow differences to become disputes”, while the Chinese statement asserts that “instead of posing threats, the two countries provide each other with development opportunities”.

Whatever is the outcome, a large number of analysts already seem to believe that India-China ties are already at a turning point. Changing approach towards Beijing will make a significant impact on Indian foreign policy in the coming years. Dealing with an assertive China has been a major challenge for the US, Europe, Japan and many countries in Asia. The India-China border clashes have given all of them an important opportunity to entangle China in a theatre which does not affect them directly.

Most western countries have been worried about Chinese trade dealings, geopolitical intentions and military manoeuvres. As their economies are deeply engaged with China, they have dealt with Beijing tactfully. The South China Sea dispute provided a few openings to challenge Chinese assertiveness. But many ASEAN nations are now relatively less belligerent. The ten ASEAN nations, Japan, South Korea, Australia and New Zealand have now further tangled themselves with China through the Regional Comprehensive Economic Partnership (RCEP). India was the only country which walked out of the RCEP at the last moment, mainly because of China.

Pushing India where it does not want to be

Although the Indian government has been trying to keep the tempers down, the US policymakers, think tanks and many hawkish Indian analysts have been raising the temperature every day. Europe’s suspicions about China are also growing. All of them will be pleased if New Delhi continues to take a hard line on China. The BJP’s own nationalist rhetoric or the opposition’s push for ‘strong action’ has not been very helpful. In a polarised political and intellectual environment, many Indian analysts who otherwise would have favoured a reconciliatory approach towards the LAC incidents also want the Modi government to take a bold approach and remain stuck in the quagmire.

Many western governments and think tanks believe that increasing India-China tensions may finally push New Delhi towards an open alliance with the US and its partners. With its huge military and strategic capabilities, New Delhi always had the potential to challenge increasing Chinese influence in Asia.

Despite assertions of a “befitting reply”, the reluctance of the Indian government even to accept the intrusions at the LAC showed that New Delhi did not want to be in a place where it was being pushed by circumstances. Whatever the Chinese or the US strategic calculations may be, India has been wise in taking time to respond to the unexpected challenge and the 20 casualties. 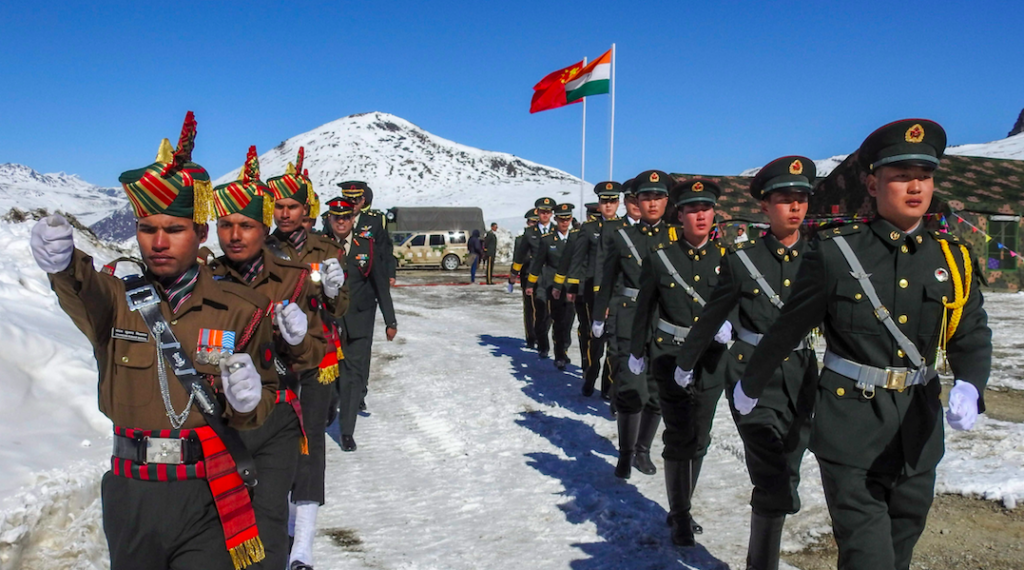 Indian and Chinese soldiers jointly observe the New Year 2019 at Bumla along the Indo-China border in Arunachal Pradesh. Photo: PTI/File

For the public opinion and for BJP’s own support base, a ‘digital strike’ of banning few apps may be fine.  But how to deal with the economic challenge of cutting ties with India’s biggest trading partner and a potential large investor will need a long-term strategy and a series of supportive actions. Sudden disruptions could create difficulties for pharma, textile, electronic and auto sectors.

Despite going further closer to the US, India’s importance within the evolving Asian economic architecture will depend on its own economic growth and its linkages with neighbouring regions. India’s economic influence within South Asia is declining. Its linkages with Central Asia are minimal. As it is not part of the RCEP, it will become less attractive to Southeast and East Asia. FTA negotiations with the European Union are frozen. Breaking economic ties with China will probably make us atmanirbhar. But Indian ambition has to be at the centre of Asian and Indo-Pacific economic dynamism rather than out of it.

Many in India and outside may like an aggressive approach towards China. However, de-escalation from both sides is the only sensible approach, particularly when India and the world is struggling with COVID-19 and its economic impact. It may take some time but it is worth keep trying.

China has clearly broken India’s trust. But foreign policy conduct is rarely based only on trust. Can the US be trusted, particularly under Donald Trump? Suspicions about China’s assertiveness are growing in many countries. India should take advantage of these developments by further upgrading its ties with all of them. This can strengthen its position vis-à-vis China. However, becoming a frontline state to contain Chinese power, as suggested by a leading Indian newspaper in its editorial, is not sensible. Pakistan has been a frontline state for the US for decades. Except for a tiny elite which benefitted from this status, the Pakistani society has paid a heavy price. India should not be following this path.