At the special representatives' talk between NSA Ajit Doval and Chinese foreign minister Wang Yi, the two countries said that pending the final settlement of the issue, it was important to maintain peace and security at the border areas. 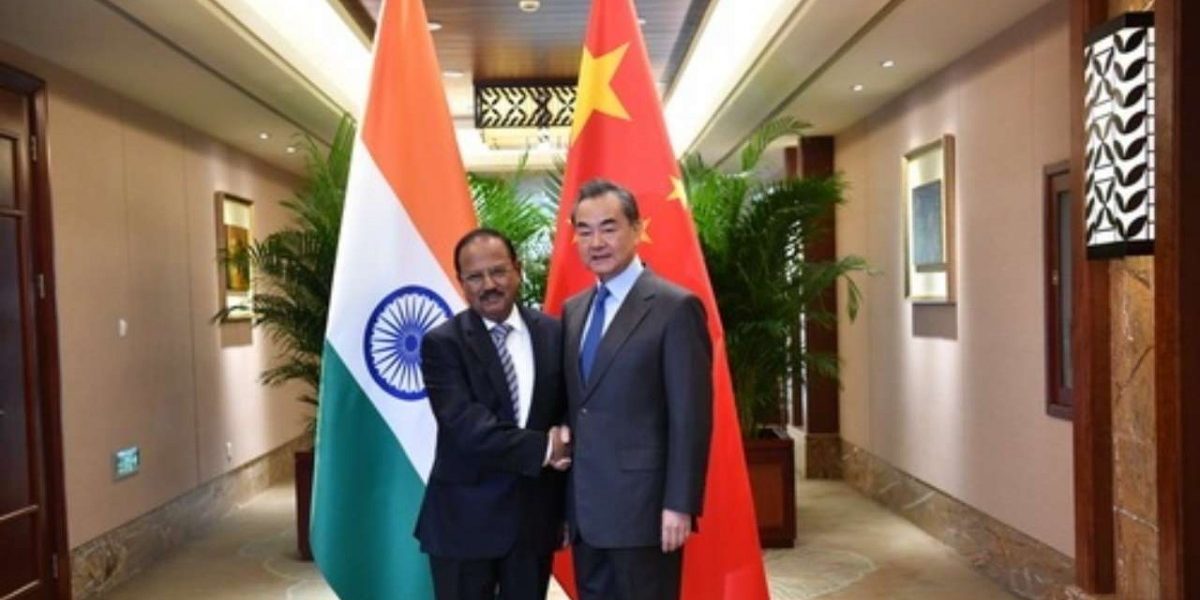 New Delhi: Special representatives of India and China agreed to “intensify” and “advance” negotiation for a “fair, reasonable and mutually acceptable solution” to the disputed boundary during “forward-looking” discussions on Saturday.

India’s national security advisor Ajit Doval and Chinese state councillor and foreign minister Wang Yi met at Chengdu for the 21st round of Special Representatives’ talks. At the end of the discussions, both India and China issued separate press releases.

Both used the same adjectives for the tone of the talks – “positive, constructive and forward-looking”. There was a reference to the ‘informal summit’ at Wuhan in April having improved atmospherics and provided strategic guidance – though the Indian press note mentions it four times more than the Chinese communique.

Also read: The Ghost of Wuhan Will Haunt India for Years

On a resolution for long-pending border dispute, the Indian ministry of external affairs said that both sides had agreed to “intensify” their efforts, which is a new phrase compared to last year.

Recalling the strategic guidance and support to their work provided by the leaders at the Wuhan summit, the special representatives resolved to intensify their efforts to achieve a fair, reasonable and mutually acceptable solution to the India-China boundary question at an early date. (MEA press release)

The word ‘intensify’ was used in India’s press release of the Wuhan summit, though the Chinese skipped this term in their readout in April. The Wuhan summit took place just eight months after India and China stepped back from their 72-day-long face-off at Doklam.

While both countries reiterated that early settlement served “fundamental interests”, MEA also said that both senior officials also “underlined the importance of approaching the boundary question from the strategic perspective of India-China relations”.

The Chinese foreign ministry press release, which was only released in the Chinese version on Saturday night, said that both sides will (as per different online translation engines) “strive” or “advance” negotiations for “an early and equitable and mutually acceptable solution to the border problem”.

Both the press releases said that pending the final settlement of the boundary dispute, it was important to maintain peace and security at the border areas.

India also said that two special representatives agreed that “boundary question does not affect the overall development of the bilateral relationship” and patted their backs on “mature handling” of issues at the border areas since the Wuhan summit.

Both India and China proposed a “series of positive and constructive suggestions” on confidence-building measures to promote “exchanges and communication between their border personnel”.

The two special representatives directed the bilateral Working Mechanism on Consultation and Coordination for Border Affairs to “work out” the details at an early date.