Race to the South: Is New Delhi Playing Catch-Up With Beijing in Africa?

New Delhi’s biggest challenge is not China, but its own inability to craft a sound vision for its engagement in Africa and deliver on the promises that it makes. 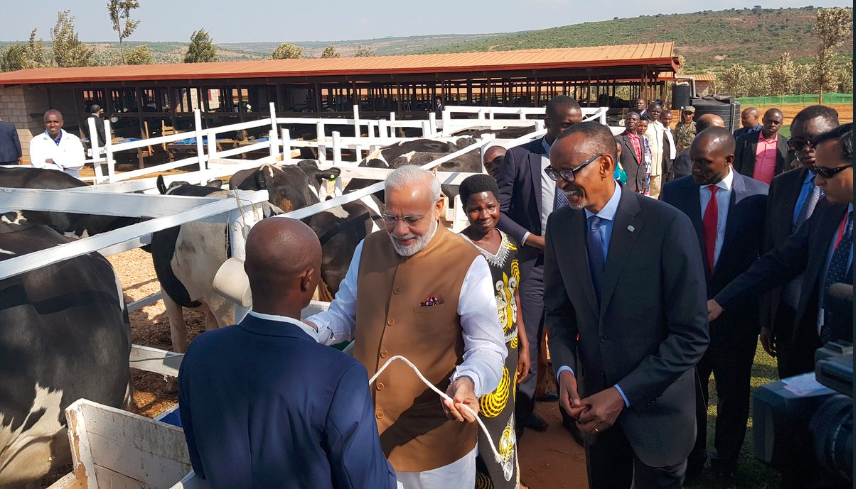 On the eve of the seventh Forum on China-Africa Cooperation and after the shift in New Delhi’s position on the Belt and Road Initiative, China and India engagement in Africa creates reasonable speculation around the idea that the two emerging powers are in a race to extend their sphere of influence into the continent. While India and China are aware of each other’s strategic positioning and ambitions, the two countries should define a positive agenda based on their respective capacities.

Prime minister Narendra Modi recently toured Rwanda and Uganda ahead of attending the 10th BRICS Summit in Johannesburg, taking the African-Indian partnership one step further. His visit comes in after Chinese President Xi Jinping’s own four-nation Africa tour. This week, India announced its openness to infrastructure projects under the Belt and Road in a clear shift from its traditional position. On the eve of the seventh Forum on China-African Cooperation, China and India investments in Africa create reasonable speculation around the idea that the two emerging powers are in a race to extend their sphere of influence into the continent.

Modi’s Africa tour is a function of the larger Indian strategy to increase its global footprint, which in itself is connected to the rise of China. But India is not engaged in a race with China over influence in Africa. The reason is simple: India cannot compete with China. While the two countries are aware of each other’s strategic positioning and ambitions in the continent, India is trying to create a parallel sphere of influence to the Chinese by adopting an alternate line of engagement based on its own financial and political capacity.

The key difference between New Delhi and Beijing’s engagement in Africa is the availability of financial resources. With its deep pockets, China seems an obvious choice for African leaders looking for fast development and, in some cases, regime survival. From 2000 to 2014, China spent $350 billion on various forms of financial assistance to developing countries, making it one of the world’s largest contributors particularly to Africa. In return, China takes contracts for the spending of those loans under the Belt and Road Initiative. 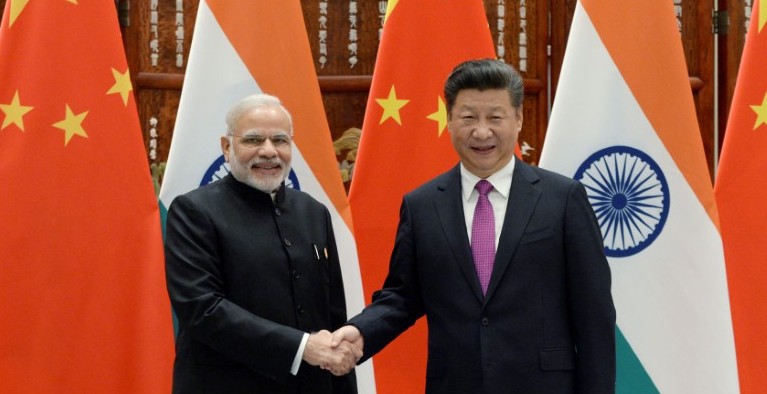 In its fifth year, the initiative looks highly profitable. Yet, the debt that many African countries might be incurring is virtually invisible as long as their economies are growing. So is the bubble that is bloating up China with risky assets in some African countries where external debt owed to China can reach up to 90% of GDP. Whether taking out cheap loans to build infrastructure needed to jumpstart the economy will prove itself a rational economic decision or a debt conundrum is yet to be seen.

In the meantime, while President Xi opens new free trade zones in Djibouti, Modi is seen donating 200 cows to Rwanda in a symbolic gesture in support of President Kagame’s rural development scheme. While the Chinese open a military base in Djibouti, Rwandan soldiers receive training by India. These examples are not to portray that there is absence of financial assistance from India. During the Africa tour, Modi extended two lines of credit worth $141 million and $64 million for electricity lines and agriculture and dairy production respectively. He also opened a $200 million credit line for Rwanda.

Indian lines of credit to Africa are on the rise with peaks in 2007, 2012 and 2015 when the three India-Africa Forum Summits were held. Yet, the widening gap between the total credit committed and disbursed is posing barriers to the full realisation of mutual gains. While the total credit that India promised to Africa is close to $9,133 million, only 42% has been disbursed. This gap is even larger in the agriculture sector, a key pillar of India-Africa partnership.

Since 2004, approximately 26% of the total credit extended to Africa has been committed towards agriculture and allied sectors in 29 countries, but only 39% of this amount was actually disbursed by the Indian Exim Bank.

New Delhi is aware of its inability to invest heavily in Africa, but that does not deter it from trying to spread its influence on the continent through the facilitation of human resource development. Technology transfer can also make a difference with India getting the Strategic Trade Authorisation (STA-1) status from the US. Best captured in the words of the Tanzanian Prime Minister Kassim Majaliwa, “India may not be building all the hospitals in Africa, like China is, but is training all the doctors and nurses in the continent.” It is in this sense that the Indian approach is arguably the best option possible given the relative shortage of resources against the Chinese.

Indian engagement strategy in Africa is also relatively ambiguous compared to China’s pragmatic approach. This does not mean that there is an absence of interest though. While addressing the Ugandan parliament, Modi gave his ten principles to denote India’s engagement with Africa noting that the continent remains India’s top priority. “As global engagement in Africa rises, we must work together to keep Africa from turning into a theatre of rival ambitions and make it a nursery of the ambitions of Africa’s youth.” Such an exclamation declares that India wishes to steer away from Chinese interests and create a separate identity in Africa.

New Delhi has been trying to drive a foreign policy agenda in Africa by spearheading people-to-people and business-to-business exchange as the foundation of a long-term partnership. This comes as a complement to India’s growing diplomatic investments in Africa. In the past four years, India’s top leaders visited 25 African countries. Though small when compared with President Xi’s 79 visits to 43 African countries in the last 10 years, this seems to be changing with India’s recent announcement to expand its presence in the continent from 29 to 47 embassies by 2021.

For India, Africa has become more significant because of Beijing’s proactive engagement in the region. But at the same time, India’s long neglect and the inadequate economic capacity are serious disadvantages in face of China’s strategic push and economic muscle. New Delhi’s biggest challenge is not China, but its own inability to craft a sound vision for its engagement in the continent and deliver on the promises that it makes.

For China, India’s facilitation of human resource development and technology transfer can inspire alternative models to its heavily finance-based approach. The New Development Bank could become the point where India and China converge into a constructive agenda for the continent under a multilateral framework. As emerging powers, the two countries can (and should) have a positive footprint in Africa’s history and future alike.