What India Can Do to Mend Ties With Nepal

A recalibration of the Indian position on Nepal needs to look beyond the conventional lenses of politics and security towards a deeper understanding of the Indo-Nepali relationship.

The aftermath of an electoral loss is never genial. But going by the Indian media’s reaction to the victory of the UML-Maoist Left Alliance in Nepal, it feels as if the Left Alliance’s victory is India’s own loss, or so the various commentators want us to think. Was India caught unawares in a historic election – by any standard – for a country that has been steeped in political instability for nearly three decades now? The popular narrative wants us to think so, but it was clear from the moment India belatedly backed the Madhes uprising – and threw in an economic blockade for good measure – that it had truly lost the narrative in Nepal.

The Indian flip-flop on the Madhes position, its failure to fully understand the impact the earthquake had on the Nepali people and its unusual diplomatic manoeuvres – some would say forceful, even – to implement a more inclusive constitution have all been discussed relentlessly. Now, in the aftermath of the Left Alliance’s victory, there have been suggestions that India should recalibrate its position on Nepal, that China is the big winner and that India should mend ties with Nepal.

But rare is the Indian commentator who looks at Indian foreign policy vis-a-vis Nepal beyond the political and security lens. Rarer still is the commentator who will argue that it is the single-minded emphasis on politics and security that have soured ties between the two nations. For, across much of modern history, if there is one constant in Indo-Nepal ties, it is a narrative of unwanted intrigue. This narrative has been honed to the hilt by Nepali political leaders who find it convenient to tag their opponents ‘anti-national’ at any hint of proximity with the South Block, and by Indian diplomats who have often overreached their positions to counter any hint of ‘anti-India’ tilt.

What is certain is this: Indian political capital in Nepal is at its lowest; there is anger at the blockade and the overt political interference and many are glad China has been able to present itself as a counter to the traditionally ‘India-locked’ status. India may have assisted in the peace process and the democratic transition and Nepal’s original 1950 democratic movement had active support from Indian political leaders, but there are few who remember the latter. As for the former, well, the blockade overshadowed any good that India may have done in the recent past.

If a recalibration of the Indian position on Nepal is needed, then it’s time to look beyond the conventional lenses, and perhaps tap into what is euphemistically called ‘soft diplomacy’: a projection of soft power, undertaken via the cultural connections, the long shared histories and a deeper understanding of the Indo-Nepali relationship beyond politics and security.

“Perhaps NAI (National Archives of India) should start a research fellowship to promote research on its archival holdings related to Nepal. It would be one way to tackle the poor research connections between the two countries.”

“Several fellowships for those who want to work on the personal papers at Nehru Memorial Museum and Library and in the state and lower-level archives in North India would also be a good idea. This could be jointly instituted by Nepal and India.” 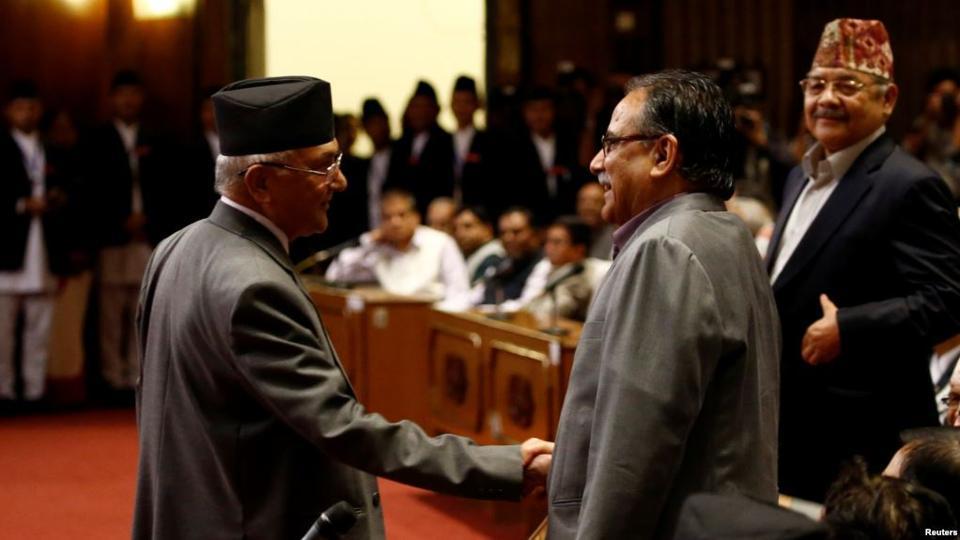 Yes, several scholarships are already available to Nepali students (around 3,000, according to ex-President Pranab Mukherjee), and there are thousands of Nepali students who study in Indian universities. But what Onta is arguing for is an acknowledgement of a shared history and the possibilities of a joint effort towards research in academia.

As he has previously written, “current Indian researchers on Nepal demonstrate very little awareness of the substantial amount of social science writings on Nepal (especially anthropological)”, and that “Indian political scientists, especially those working on Indo-Nepal relations, have seldom been able to establish positions that are clearly independent of those forwarded by the government in power in New Delhi.” As a corollary, even Indian media commentaries are regarded as building a case for the official Indian position on Nepal.

Also read: With the Left Alliance Now Dominant in Nepal, India Must Reach Out With Positive Agenda

Mending ties via increased cooperation in academic research may not excite the Indian academic or the foreign policy wonk, but for Nepali researchers, it’d surely open up new avenues. A larger, more cohesive effort of knowledge-sharing between the two countries will also lead to a better understanding of each other, something India has failed to do via its political manoeuvres.

Another prospect which could open up a new channel of ties between the two countries lies outside the purview of standard diplomatic fare: infrastructural and technical support in cricket, which now rivals football in its popularity across Nepal.

Nepali cricket has been in the news for all the right reasons, and its U19 team recently beat the U19 Indian team in the Asia Cup before eventually losing in the semi-finals. The team also qualified for the 2014 World Cup T20 in Bangladesh, where it put up a formidable effort in the group stages. The foundation has been laid, but Nepal is still a fair distance away from competing with the best teams in the world. But the national team’s success has inspired many to take up the sport, with multinational ‘premier leagues’ now a regular feature across the country.

Although India may find a Nepali cricket fan tinged with the same notions about the Indian cricket team as about the country, it can become a formidable ambassador by offering support to the Nepali cricket machinery, not just infrastructurally, but also by building a case for Nepal across world cricket using its dominant position in the sport. Those who argue this is outside the official diplomatic purview often forget that Indo-Nepali ties were rooted in culture before modern political boundaries or sovereignty came into play.

These are just two of the many ways in which India and Nepal can acknowledge a long history of shared cultures. There are of course other elements that must come into play. For example, despite India’s long history of foreign aid and assistance to Nepal, Indian projects remain unfinished, or in stasis, like the long-awaited Pancheshwar hydropower project on the Mahakali river, the proposal for which was floated ‘almost two decades ago’. As professor S.D. Muni wrote: “[India] must complete long pending projects in Nepal and initiate new ones that create confidence and goodwill among ordinary Nepalese.”

India has lost the goodwill of ordinary Nepalis because of a multitude of reasons, not least because of what appears to be its overbearing attitude towards the Nepali political process. It can repair them by using non-traditional diplomatic means, rather than presenting itself as a political agent. South Block needs to step back from the political process and consider the importance of building the people-to-people ties that originally shaped the modern relationship between the two countries.