The pivot from SAARC in 2014 to BIMSTEC in the second term is yet another demonstration of Indian policy to keep Pakistan in a separate silo regionally. 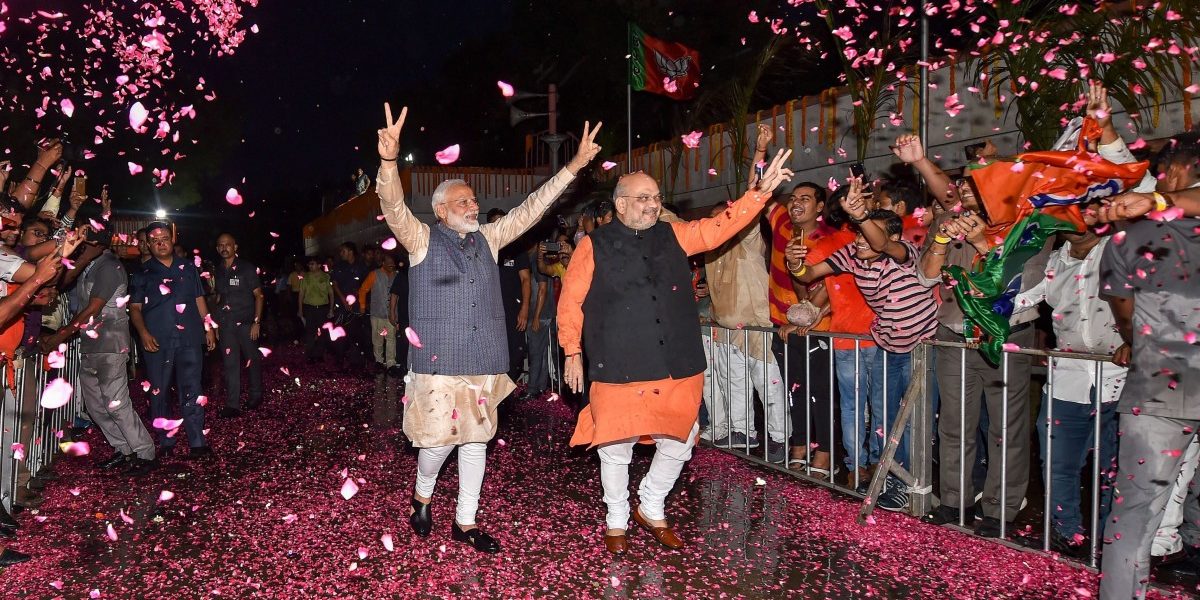 New Delhi: India has sent out invitation cards to the six members of BIMSTEC – the sub-regional South and South-East Asian group that includes Nepal, Bhutan, Myanmar, Bangladesh, Thailand and Sri Lanka – Kyrgyzstan (as chairman of the Shanghai Cooperation Organisation) and Mauritius to attend the oath-taking ceremony of Narendra Modi for his second term as prime minister.

The announcement was made three days before the May 30 ceremony, with MEA spokesperson Raveesh Kumar saying the invitations were “in line with the government’s focus on its ‘Neighbourhood First’ policy”.

Kumar said that the prime minister of Mauritius was in the list as he was “chief guest at this year’s Pravasi Bhartiya Divas.”

While Mauritius is a close ally and was also present five years ago, the inclusion of Kyrgyzstan is to indicate that India’s foreign policy extends beyond its immediate neighbourhood.

The pivot from SAARC in 2014 to BIMSTEC in Modi’s second term is yet another demonstration of the Indian policy to keep Pakistan in a separate silo regionally.

In May 2014, the then Pakistan prime minister Nawaz Sharif had been part of South Asian leaders who witnessed the swearing-in ceremony in the forecourt of Rashtrapati Bhawan. Five years later, relations have deteriorated to the extent that India and Pakistan conducted airstrikes in each other’s territory. The Indian Air Force operation inside Pakistan was also an electoral campaign issue highlighted extensively by the BJP and Modi as an achievement of a muscular security policy.

Pakistan Prime Minister Imran Khan did have a phone conversation with Modi on Sunday to convey his congratulations, but it doesn’t seem to have thawed ties. Both leaders will be attending the SCO summit in Bishkek in early June.

Ever since India refused to attend the 2016 SAARC summit in Pakistan, New Delhi has shifted focus towards BIMSTEC as a regional integration workaround to the pan-South Asian grouping.

It began with an outreach to the BIMSTEC leaders on the sidelines of the BRICS summit in 2016 and plans were outlined for revival of the underfunded grouping at the Kathmandu summit in 2018.

Bangladesh is sending its head of state instead of Prime Minister Sheikh Hasina, as she will be travelling to Japan. Incidentally, Sheikh Hasina had also missed Modi’s first swearing-in ceremony in 2014, as she had been similarly away in Japan on a foreign tour.

Myanmar’s State Counsellor Aung San Suu Kyi is scheduled to travel to Hungary and Czech Republic later this week, so she won’t be available on the dates. Thai Prime Minister Prayuth Chan-o-Cha is currently deep in discussions to form a coalition government after elections.

According to sources, Thailand is likely to send a senior minister as a special representative. Myanmar is currently deliberating sending a suitable high-level representative for the high-profile event.