During Visit to Bhutan, Jaishankar Must Address Hydropower Issues

Hydropower is one of the major areas of cooperation between the two countries, but is also a cause for Bhutan's concern. 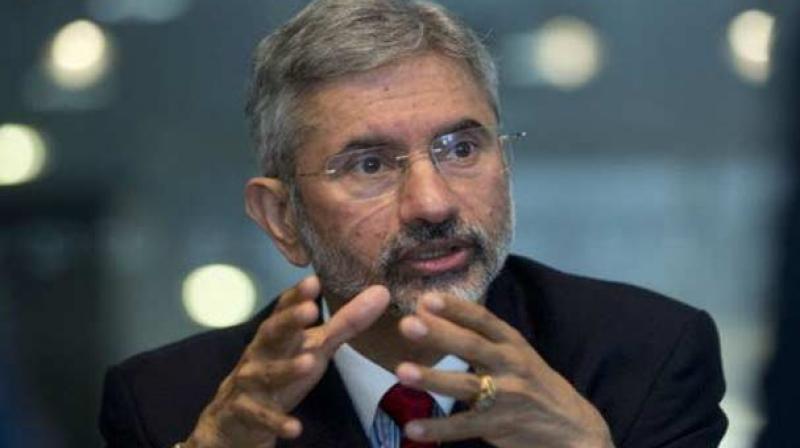 Indian foreign minister, S. Jaishankar is on a visit to Bhutan from June 7-8. According to the Ministry of external affairs, Jaishankar is likely to meet the king Jigme Khesar Namgyel Wangchuck, Lyonchhen Dr Lotay Tshering, Prime Minister of Bhutan, and his counterpart Lyonpo Dr Tandi Dorji. The press release further adds that during the visit “the two sides will discuss entire gamut of bilateral relations, including the upcoming high-level exchanges, economic development and hydro-power cooperation”.

India and Bhutan are considered to be the closest friends in the world. In post-independence times, an early move in this direction was made by Jawaharlal Nehru, under whom India signed a friendship treaty with Bhutan. When this treaty was revised in 2007, it made Bhutan to not “to be guided by the advice” of India in the conduct of its foreign policy. It also frees Bhutan from seeking India’s approval on arms purchases “as long as the Government of India is satisfied that the intentions of the Government of Bhutan are friendly and that there is no danger to India from such importations”.

Also Read: India’s Real Problem Lies in its Bhutan Policy, Not the Border

One of the major areas of cooperation between India and Bhutan is in the hydropower sector. As a water rich country, Bhutan has a capacity to generate about 30,000 MW of hydroelectricity every year. India is assisting Bhutan in achieving this target. In 1961, India and Bhutan signed one of the first hydropower cooperation pacts, to harness electricity from the transboundary Jaldhaka river. It was completed in 1966. Then in 1974, India and Bhutan signed an agreement on the Chukha hydropower project. The Indian government provided 60% grant and a 40% loan for this project. It was fully commissioned in 1988, and Bhutan assumed control over it by 1991.

In 2006, India and Bhutan signed an agreement under which they agreed to “facilitate, encourage and promote the development and construction of hydropower projects and associated transmission systems as well as trade in electricity between the two countries, both through public and private sector participation.”

In 2009, they signed an additional protocol to the 2006 agreement in which India agreed to assist Bhutan in developing a minimum of 10,000 MW of hydropower and import surplus electricity from the project to India by 2020. To achieve the target, a number of Indian hydropower companies are active in Bhutan.

Besides helping Bhutan in generation of hydroelectricity, India is also its largest importer. It is estimated that on an average, Bhutan has been supplying around 5,000-5,500 million units every year to India. 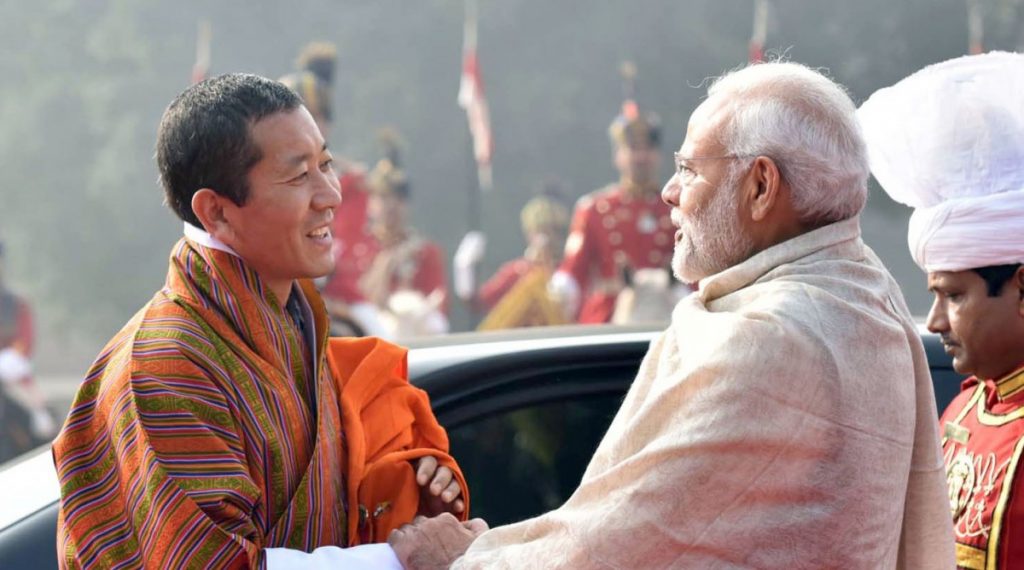 Despite such cooperation, India’s engagement in the hydropower sector of Bhutan is a cause for concern for a section of its population. One of the concerns is growing hydropower debt. According to the Royal Monetary Authority of Bhutan’s annual report of 2016-17, Bhutan’s total debt against India is about Rs 118.77 billion. Of this, 94.11% were outstanding public debt on hydropower projects while 5.89% represented debt taken to finance the Balance of Payment. It is estimated that the three ongoing projects – Mangedchhu and Punatsangchhu I and II (PI and PII) would further increase the Bhutanese debt against India.

Second, guidelines issued by the Indian Cross Border Trade of Electricity in December 2016 were seen as unfavourable to Bhutan. In July 2017, in an effort to clarify the provisions of the CBTE guidelines, a Bhutanese delegation met Indian officials in New Delhi. During the meeting, the Indian officials assured that the guidelines would not apply to or impact the government-to-government projects between India and Bhutan. The Kholongchu project, whose foundation stone was laid down during the Indian prime minister Narendra Modi’s visit to Bhutan in 2014, was stopped. The work started in 2018 after an amendment in the guidelines.

Third, the tariff for the export from the hydropower projects are also a concern to Bhutan. In 2018, Modi and Tshering expressed satisfaction at the progress of the 720 MW Mangdechhu hydropower project in Bhutan. They also welcomed the mutually beneficial understanding reached between the two countries on the tariff for the export of surplus power from Mangdechhu project to India.

A number of other concerns are highlighted in a report prepared by the New Delhi-based Vasudha Foundation in 2016. On its findings speaking to thethirdpole.net, then managing director of Druk Green Power Corporation, Chhewang Rinzin, said:

“In many ways the [Vasudha] report helps us in understanding that maybe we need to do little bit more, but it would have been better if the report had mentioned whether we are following the laws and policies of the Kingdom of Bhutan…… But I do agree that, even without Vasudha Foundation’s report pointing it out, maybe we need to do a little bit more…… Today many bigger projects that started have come to stop because of political reasons…..From that point of view, I think Bhutan has to learn and ensure that we do not get into same type of trap. That would have been more useful than the existing report, which was not balanced, and seemed to accuse us of doing nothing. We are investing millions and millions into environment and social impact assessment and also into implementing the mitigating measures, and this was not represented [in the report]”.

Besides, a number of hydroelectric projects are located in geological sensitive areas and could cause a serious disaster to the local population, including the PI and PII projects. According to a joint study by the Comptroller and Auditor General India and Royal Audit Authority of Bhutan, the PI was awarded to Larsen and Tubro Company without investigating the extent of “geological surprises” it could cause. Later, as some geological faults were found, work was stopped, and the project now faces a delay. it was scheduled to be finished this year, but will not be completed before 2022.

Likewise, in January 2016, the PII came across a shear zone in its downstream. As a result, this project is likely to be completed after addressing the fault in September 2019. It was supposed to be completed in 2018. Such delays also add to Bhutan’s financial burdens, which is already under a huge hydro debt.

A change in India’s hydropower relationship with Bhutan is also needed for strategic reasons. China’s ambition to establish its footprints in Bhutan is a serious security issue for India. During the Doklam military stand-off, although Bhutan’s stand was supportive of India, there were murmurs in parts of Bhutan to establish close relations with China. In his piece in The Hindu, Omair Ahmed writes that for a minority of Bhutanese, China and not India is the “natural” partner.

The shadow of hydro projects also falls on Bhutan’s relations with India and China. At the time of the military stand-off, in a piece for the Indian Express Tenzing Lamsang argued that more than Doklam, it is hydropower deficits that the Bhutanese are worried. He lists a number of policy-related measures taken by India which deeply affect Bhutan.

During Jaishankar’s visit, and a number of upcoming engagements, India must try to address the hydropower related worries of the common Bhutanese person.