Three years before Mauritius got its independence, Britain had separated the Chagos Islands to carve out a ‘British Indian Ocean Territory’ in 1965. 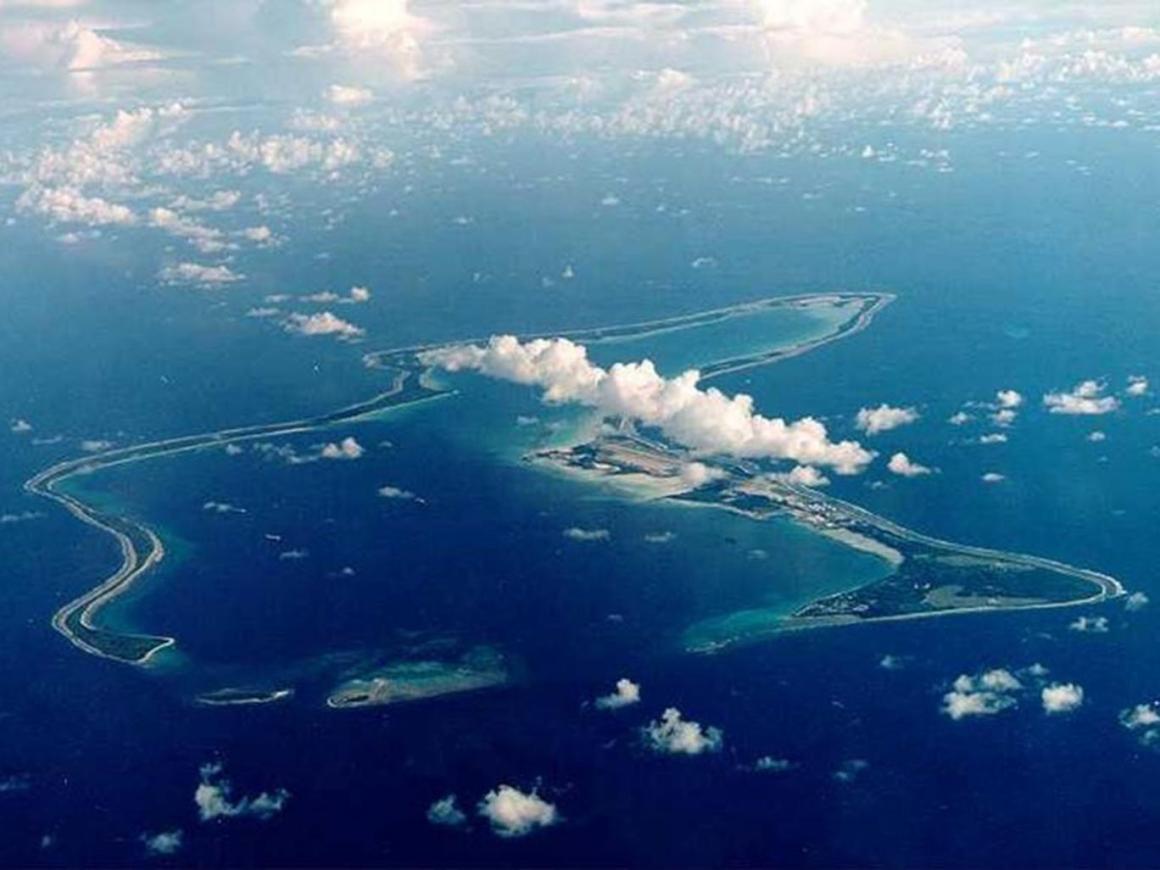 Aerial view of the US military base at Diego Garcia in the Indian Ocean. Credit: Reuters

New Delhi: India has submitted a written statement to the International Court of Justice (ICJ) in support of Mauritius’s demand for sovereignty over Chagos Archipelago from Britain.

Sources told The Wire that New Delhi submitted its statement on the Chagos question to The Hague-based ICJ on February 28, a day before the deadline.

The ICJ was asked by the UN General Assembly to give its advisory opinion on whether UK’s continuing possession of Chagos was in violation of international law. The General Assembly had agreed through a resolution on June 22, 2017 to refer two questions to the UN’s main judicial organ to give their advisory opinion. India was one of the 94 countries that voted in favour of the resolution.

After receiving the request, ICJ had fixed a deadline of January 30, 2018, for “the United Nations and its Member States” to furnish information.

But about two weeks before the deadline, ICJ extended the last day to March 1. The extension was mainly on the request of the African Union, which had requested permission to also ‘furnish information’ to the world court. Accepting the request, the court then extended the time limit till March 1 and the comments on written statements to May 15.

The extension in time limit was welcome as in mid-January, India was still debating whether New Delhi should take the step to back Mauritius at the ICJ.

According to sources aware of the contents of India’s statement, New Delhi had reiterated its previous position that the process of decolonisation should be completed. India emphasised that the sovereignty of Chagos should revert to Mauritius.

In 1965, three years before giving independence to Mauritius, UK detached the Chagos Archipelago to form a separate British Indian Ocean Territory, expelled the population and then leased the territory to US to establish a military base on the largest island of Diego Garcia. As part of the 1965 ‘Lancaster House’ undertakings, Mauritius had got £3 million in compensation and a commitment that Chagos would be returned once UK decided that there was no defence-related purposes to the islands.

As The Wire had reported earlier in January, Mauritius had made a strong request to India to submit a statement to bolster its position before the ICJ, which could give its advisory opinion as early as mid-2018.

An advisory opinion of ICJ is not legally binding, but carries “great legal weight and moral authority”.

According to sources, the US had been apprised by India about the background to the decision to submit a written statement.

India had explained to the US that the written statement was a traditional foreign policy position and necessary to give assurance to a long-time ally in the Indian Ocean.

There had been a debate within the Indian government over taking the step of presenting a legal argument, especially since New Delhi did not want the US to move out of the Indian Ocean and leave a vacuum for the Chinese to fill in.

This is, of course, a reflection of the current geopolitical reality in the region.

But for a long time, India had been a staunch and active opponent of the military base at Diego Garcia.

According to a former US diplomat R. Grant Smith, US naval ships could not visit Indian ports for a long period as they had to fill in a questionnaire which included a query whether the vessel had called or will call on a port not under control of a littoral state.

“It was a complicated bit of wording which really meant, ‘Has this ship been to or is it going to Diego Garcia,’ which was a base to which the Indians objected considerably,” said Smith, who had two postings in India in the 80s and 90s, in an oral history narrative to the Association of Diplomatic Studies and Training.

The MEA’s annual report of 1983-84 dwelled considerably on the expansion of the military base. It stated that the base had been expanded to allow for deployment of ground forces to US, Africa and Asia, with B-52 bombers also to be deployed.

As per the report:

“The existence of foreign bases and the military presence of non-littoral states in the Indian Ocean has been a matter of grave concern for India. Great Power military presence has a naturally deleterious impact on the security environment of the countries of the region as it introduces new tensions and conflicts and accentuates existing ones, thereby threatening peace and stability in our neighbourhood and in the world in general.”

Next year’s annual report also stated that India “continued to work for the removal of all foreign military presence from the Indian Ocean”.

“India maintained its support for the claim of Mauritian sovereignty over the Chagos Archipelago, including Diego Garcia, and called for its early return to Mauritius,” said the ministry’s 1984-85 annual report.

With the weight of history, it was difficult to suddenly take a contrary Indian position on Chagos despite concerns of Chinese presence, South Block finally decided.

In discussions at the official level on India’s written statement, US was categorically told that India was not looking for a change in the security framework in the Indian Ocean. This is also what India had said while voting in favour of the UNGA resolution last year.

It was not an explanation that the US would have been happy to hear, since both London and Washington had approached India to prevail upon Mauritius to withdraw the UNGA resolution.

India is perhaps Mauritius’s closest bilateral partner. Indian President Ram Nath Kovind is currently on a state visit to the Indian Ocean island on invitation to be the chief guest at celebrations to mark 50 years of independence.

The pressure on India had been made both in New York through the permanent missions and through meetings with senior officials. The matter had been raised by both the US National Security Advisor H.R. McMaster and US secretary of state Rex Tillerson with their counterparts in the run-up to the resolution being tabled in the UNGA.

On the other side, Mauritius had wanted India to be a co-sponsor. However, India refused the offer, claiming that remaining on the outside would allow it to have a channel of communication open with the US.

Incidentally, as per diplomatic sources, India had advised Mauritius to renew the offer to the US to lease Diego Garcia as a military base even if sovereignty was returned.