Despite SC Ruling, India Abstains Again on Vote on LGBT Rights at UN

When the original resolution for creating a post for an independent expert on the protection for LGBT rights was approved in June 2016, India had abstained from voting. 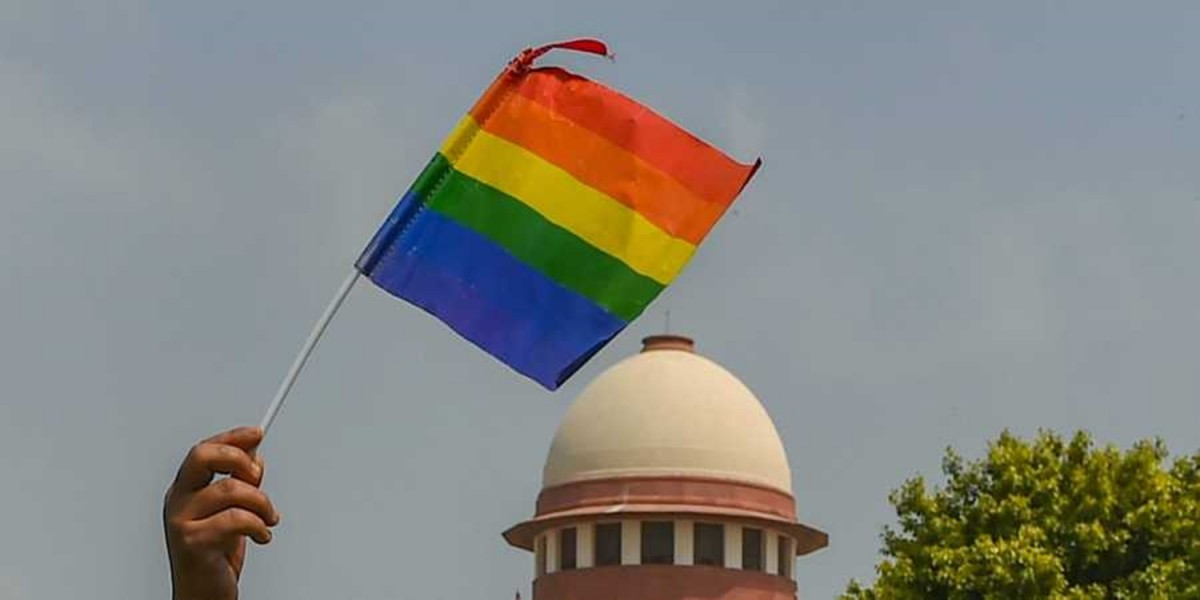 New Delhi: The Supreme Court may have decriminalised gay sex last year, but it seems the Indian government didn’t think that it was enough to revise a three-year-old position as it again abstained on the renewal of the mandate for an independent expert on protection for LGBT rights.

At the Geneva-based 44-member UN human rights body, 27 countries voted in favour to extend the mandate of the Special Rapporteur (SR) for protection against violence and discrimination based on sexual orientation and gender identity (SOGI) for next three years on Friday.

India joined Hungary, Burkina Faso, Angola, DRC, Senegal and Togo in abstaining from the vote. Twelve countries, including China and OIC member states, voted against the proposal for a second term for the independent expert.

When the original resolution for creating a post for the independent expert was approved in June 2016, India had abstained from voting.

India didn’t give any explanation for its stance at the chamber, but then MEA spokesperson Vikas Swarup had responded by saying that New Delhi’s vote was dictated by the sub-judice nature of the case challenging the constitutional validity of Indian Penal Code’s Article 377.

“As you also know, the Supreme Court is yet to pronounce on this issue. As such we had to take this into account in terms of our vote on the third UN resolution to institutionalise the office of an independent expert to prevent discrimination against LGBT persons,” the spokesperson said on July 2, 2016.

Two years later, the Supreme Court scrapped the provisions of Section 377 that criminalised ‘unnatural sex’ between consenting adults. The landmark judgment was issued on six petitions that approached the Supreme Court for review of its 2013 verdict that had overt-turned a 2009 Delhi high court order which had first de-criminalised homosexuality.

Nine months after the historic SC order, India abstained on the mandate renewal for the special rapporteur, who is supposed to act as a global watchdog to protect the rights and prevent discrimination on the basis of sexual orientation

Official sources told The Wire that the judgment of the apex court didn’t have a bearing on India’s position at UN Human Rights Council. “It was a narrow verdict which basically was related to the issue of ‘consent’,” said a senior government official.

Therefore, despite the SC verdict, India did not change its position. “The mandate and the language of the text goes much beyond the scope of the (supreme court) order. The government itself has no position on gay rights per se… it has not brought any legislation. There was no need to change our position on abstention,” he explained.

In 2016, member states of the Organisation of Islamic Conference (OIC) had spearheaded opposition to the appointment of an independent expert. They had proposed 11 amendments, out which seven were adopted. India had voted in favour of at least six of the amendment proposed by the Islamic bloc.

On Friday, Pakistan, on behalf of OIC, again tabled 10 amendments to the resolution claiming that the mandate violated the cultural and religious norms of sovereign nations. “It has the potential to generate violence against the same group of people that it claims to protect,” said the Pakistani representative.

All these proposed amendments were rejected. India voted in favour of four amendments but abstained on the rest.

India’s stance over the years

Advocacy for LGBT rights at United Nations bodies has had a history of nearly two decades.

The first resolution in UN human rights council related to gay rights was approved in 2011, but India had not been a member at that time.

Thereafter, resolution 27/22 was passed in September 2014, which called on the UN human rights chief to update a report to share “good practices” to overcome discrimination based on sexual orientation. India was among seven countries on the abstention bench.

Across the Atlantic in the UN’s New York headquarters, gay rights issues were brought in via resolutions relate to extrajudicial, summary and arbitrary executions.

India had abstained when the term ‘sexual orientation’ was first introduced in a resolution condemning extrajudicial executions at the third committee in 2002. But another resolution two years later, which retained the term, was voted in favour by India.

In November 2010, the third committee approved an amendment which did remove the term ‘sexual orientation” a resolution criticising extra-judicial executions. India was among the 70 countries that voted unsuccessfully against this amendment and sought to retain the term. On the main resolution, India voted in favour of the resolution which called on states to prevent all extrajudicial, probe them sincerely and bring perpetrators to justice.

Thereafter at the UNGA plenary in December 2010, the US reintroduced an amendment to bring back the term ‘sexual orientation’ into the third committee’s resolution. Interestingly, India voted with the majority to insert back the phrase.

Two years later in 2012, India voted along with the Latin American and western countries to reject another attempt by OIC countries to remove of the term ‘sexual orientation’ from the regular resolution at the third committee.

Similarly, in 2014, India also voted against Egypt’s proposal to delete the term from the third committee’s draft resolution on extrajudicial killings and also supported the adoption of the un-amended resolution at the general assembly.

Two years later in November 2016, India followed the same path at the third committee – voting against yet another amendment to remove the reference to ‘sexual orientation’ in a resolution.

That year, the report of the UN human rights council generated controversy in the third committee as the Geneva-based body had set up the new post of an independent expert for rights of sexual minorities despite a strong opposition.

Botswana submitted a draft resolution that consideration of the report of UNHRC should be deferred till the “legal basis” for the mandate of new Special Rapporteur was determined.

Three days after India voted against a resolution that sought to delete the phrase ‘sexual orientation’, India backed Botswana’s resolution which was approved by 94 votes. Thereafter, the Latin American countries had brought an amendment to the resolution to delete the text deferring the HRC report. This time, India abstained.

During the 73rd session in November 2018, India voted against an amendment introduced by Bangladesh to delete sexual orientation from the resolution condemning sexual orientation. A month later at the UNGA plenary, India backed the third committee’s resolution on extra-judicial killing.

Also read: Celebrating the Long Journey That Has Led to This Pride

Another organ of the UN where India’s position on gay rights could be scrutinised was the UN Economic and Social Council’s committee on NGOs that recommends consultative status for voluntary organisations.

A 2012 academic paper documenting “India’s Interactions with the UN System on the Issue of LGBT Rights” showed that India had abstained when the committee had started to approve the granting of consultative status to LGBT NGOs from 2006. India had always backed the yearly postponement the application of International Lesbian and Gay Association. But, in 2011, India broke the mould and voted for ILGA’s application, even though it was not approve finally.

Thereafter, in May 2013, India voted in favour of applications of Australian Lesbian Medical Association and Austria-based Homosexuelle Initiative Wien. But the next year, India was the sole abstainer on the submission of Allied Rainbow Communities International.