India has received proposals to conduct 5G trials from six companies, including from China’s Huawei and ZTE. 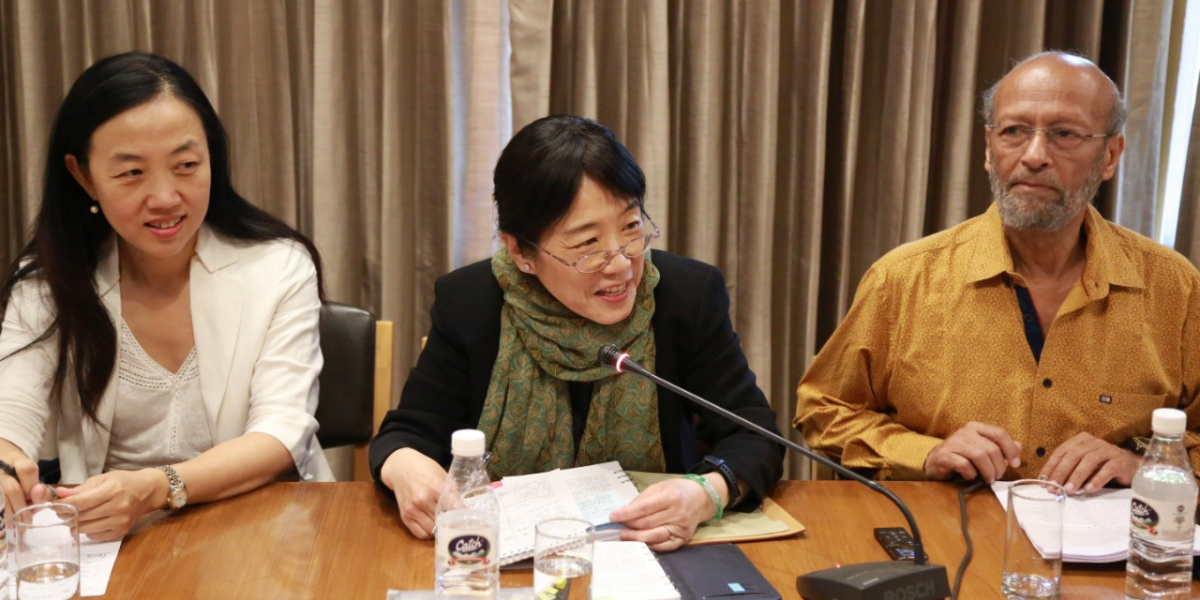 New Delhi: After Prime Minister Narendra Modi suggested India collaborate with Silicon Valley over 5G, the head of a visiting Chinese government delegation has urged the country to take an “independent” and “inclusive” decision on accessing the latest wireless technology – even as she asserted that Chinese telecom major Huawei would be a good fit to achieve India’s dream of a digital economy.

Last week, even as the US and China were negotiating a return to the table over their ongoing trade war, Prime Minister Modi had suggested to President Donald Trump that 5G technology could be an “exciting new area” for collaboration between New Delhi and Washington.

Modi told Trump that with a billion potential users of 5G wireless technology, “the way India moves or whatever choices India makes will essentially determine the way the global trend will go”.

As part of a larger trade war, US officials have been telling partners to freeze out Huawei, arguing that the firm allows the Chinese government to spy on foreign citizens.

Also read: As 5G Rollout Nears, the Unending Debate Over Health Effects Is Back

However, after Trump met with Chinese counterpart Xi Jinping on the sidelines of the G20 summit in Osaka, he indicated that the US was willing to take a softer line on Huawei.

Speaking in Delhi on Monday, Yang Yanyi, who is a member of the foreign affairs panel of the Chinese People’s Political Consultative Conference national committee, said that India should have an “open and inclusive” approach to cooperation in this area.

“I always believe that the Indian government will act or make decisions in the best decision of the country, independently,” said Yang, who had been previously posted as China’s envoy to the European Union.

In the meantime, she noted, it would be in its “best interests to have an open and inclusive approach to cooperation and also work closely with those who have the best technology because that will really enhance the competitiveness of both”.

“Cooperation should not be exclusive,” added the retired Chinese diplomat during an interaction with journalists on Monday.

India has received proposals from six companies, including from China’s Huawei and ZTE, to conduct 5G trials. A green light to Chinese firms would be considered after a committee chaired by the principal scientific advisor makes his recommendations.

Huawei and ZTE both have a presence in India though Indian officials have blamed Huawei of hacking part of the BSNL network as part of a retaliatory strategy against ZTE, which had won a contract Huawaei wanted.

“Huawei enjoys cutting-edge technologies and I think it will best facilitate India’s realisation of its dream of becoming a digital economy and building up competitiveness,” said Yang. 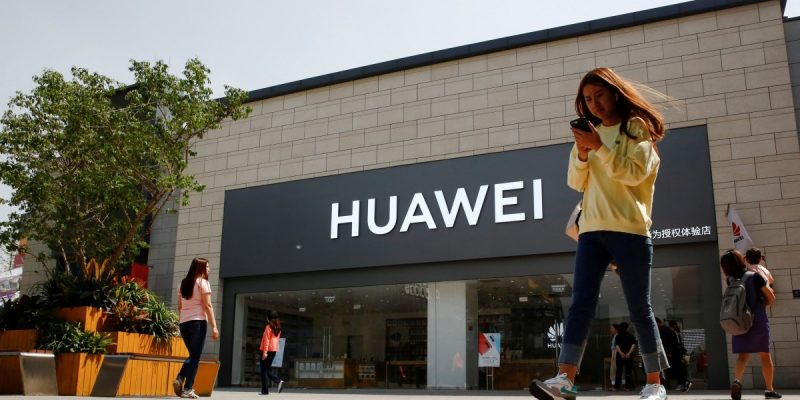 A woman looks at her phone as she walks past a Huawei shop in Beijing, May 16, 2019. Photo: Reuters/Thomas Peter/Files

She argued that there was a need to “guard against the attempt of some forces in the world, in the West to monopolise science and technology”.

“Some of them could not stomach the fact that developing countries can also excel in science and technology and innovation. They should feel a sense of shame to exert state power to attack, suppress private competitive Chinese companies”.

Another member of the Chinese delegation, Zhu Feng, a professor of international relations at Nanjing University, said that the ban on Huawei was a “sign of panic” that Chinese firms would start mushrooming in high-tech areas like Huawei.

The “Huawei ban is totally illegal and unfair…Where is the loophole for leaking security?” he asked.

He hoped that “Indian friends” will recognise the injustice over the justification – and urged them to read Malaysian prime minister Mahathir Mohamad’s remarks on Huawei.

Echoing her colleague’s words, Yang said that the West was “working on people’s nerves to achieve their objectives”.

“I will repeat this, I have full confidence that the government here will make an independent decision for the best interest of India and also for the common interest of us all,” she reiterated.

On the issue of the Indo-Pacific, Yang said that even as the US and other countries have said that the region should be free and open, there had been a “stronger emphasis” on military and defence cooperation. “The rhetoric and narrative to my ears have been quite confrontational,” she said.

Recalling her participation at the Raisina Dialogue in 2018, Yang noted that there she had heard a lot of talk of a military bloc between the Quad and that she “was concerned.”

The ‘Quad’ is the informal grouping of the US, Australia, India and Japan.

She agreed with the views expressed by India and ASEAN that the “Asia Pacific and Indian Ocean region should not be viewed as contiguous, territorial spaces, but as closely integrated and inter-connected regions”.

The retired Chinese diplomat that there was “attempt to deepen mistrust, miscalculation and patterns of behaviour based on zero-sum game”.

“We should not allow ourselves to play into the hands of those who have their own strategic interests,” she added.