In Modi-Putin Meet, What Was Omitted from Mutually Agreed On Pacts Is Significant

In the 21st annual bilateral India-Russia summit held this week, the two sides failed to sign some key defence deals and a major security agreement which had been agreed upon earlier.

New Delhi: Russian President Vladimir Putin’s brief stopover in New Delhi earlier this week for the 21st annual bilateral India-Russia summit, alongside the maiden 2+2 dialogue between the respective foreign and defence ministers, was marked more by what was omitted than the raft of 28 assorted pacts that were mutually agreed upon.

This was particularly true of numerous defence deals and at least one major security agreement, all of which are either in an advanced state of negotiation, or nearing closure, but failed to make the final cut on December 6.

Eventually, however, just two military pacts were signed at the inaugural ‘2+2 dialogue’ ahead of the summit meeting between Putin and Prime Minister Narendra Modi.

Of these, the more publicised deal, worth Rs 5.124 crore, was to acquire and licence-build 6,01,427 Kalashnikov AK-203 assault rifles for India’s military at a government-owned facility at Korwa in Uttar Pradesh.

The other was an agreement to renew, for the second time, the India-Russia Intergovernmental Commission on Military Technical Cooperation (IRIGC-M&MTC), till 2031.

The contract to locally manufacture AK-203 7.62x45mm rifles via a transfer of technology, which was initially agreed under an Intergovernmental Agreement (IGA) in 2019, will be executed by the Indo-Russian Private Limited (IRPL) joint venture (JV).

The state-run Advanced Weapons and Equipment India Limited and Munitions India Limited, carved out recently from the disbanded Ordnance Factory Board, jointly own the majority 50.5% stake in IRPL; Kalashnikov has a 42% share in the JV, while Russia’s defence export agency Rosonboronexport holds the remaining 7.5 % in the assault rifle project.

Industry officials said that under the deal India would, over the next few months, take delivery of some 20,000 AK-203’s imported directly from Russia for $1,100 each to meet the Indian Army’s (IAs) urgent operational requirements. These rifles would supplement 70,000 AK-203’s which India had agreed to import from Russia in August 2021 for Rs 324 crore.

However, series rifle production at the Korwa plant, which was inaugurated in early 2019, is likely to begin in the New Year, with IRPL required to begin indigenising components and sub-systems for the AK-203’s within 18 months thereafter.

The IRIGC-M&MTC, on the other hand, that was extended for a decade, serves to facilitate military commerce between Moscow and Delhi. It is of vital importance to India, as over 60% of almost all platforms operated by its three services were of Soviet or Russian origin, or both.

Instituted in 2000, the annual IRIGC-M&MTC meets alternately held in Delhi and Moscow have, over the years, proved beneficial to both sides in resolving diverse military equipment-related issues, especially with regard to spares and after sales maintenance.

“Putin’s much-hyped visit failed to deliver substantive results from India’s principal material supplier,” said Amit Cowshish, former financial advisor to the ministry of defence (MoD) on acquisitions. This was despite a host of military procurements that had already been finalised but remained inconclusive, he added.

The MoD’s Defence Acquisition Council, headed by defence minister Rajnath Singh, had sanctioned the procurement of 5,175 Igla missiles and 800 launchers. Of these 2,300 missiles were to have been imported directly, 1260 acquired in kit form for assembling locally by the state-owned Bharat Dynamics Limited (BDL) in Hyderabad and the remainder licence-produced by it.

Other pending contracts include the 2015 Intergovernmental Agreement (IGA) to acquire and locally build 200 Kamov Ka-226T ‘Hoodlum’ light utility helicopters (LUHs) for the Indian Air Force (IAF) and the Army Aviation Corps (AAC). This IGA had envisaged the import of 60 Ka-226’s off the shelf and the licensed production of another 140 by the state-owned Hindustan Aeronautics Limited (HAL) to urgently replace legacy LUHs that were being operated by the IAF and the AAC since the mid-1960s with near-disastrous consequences. 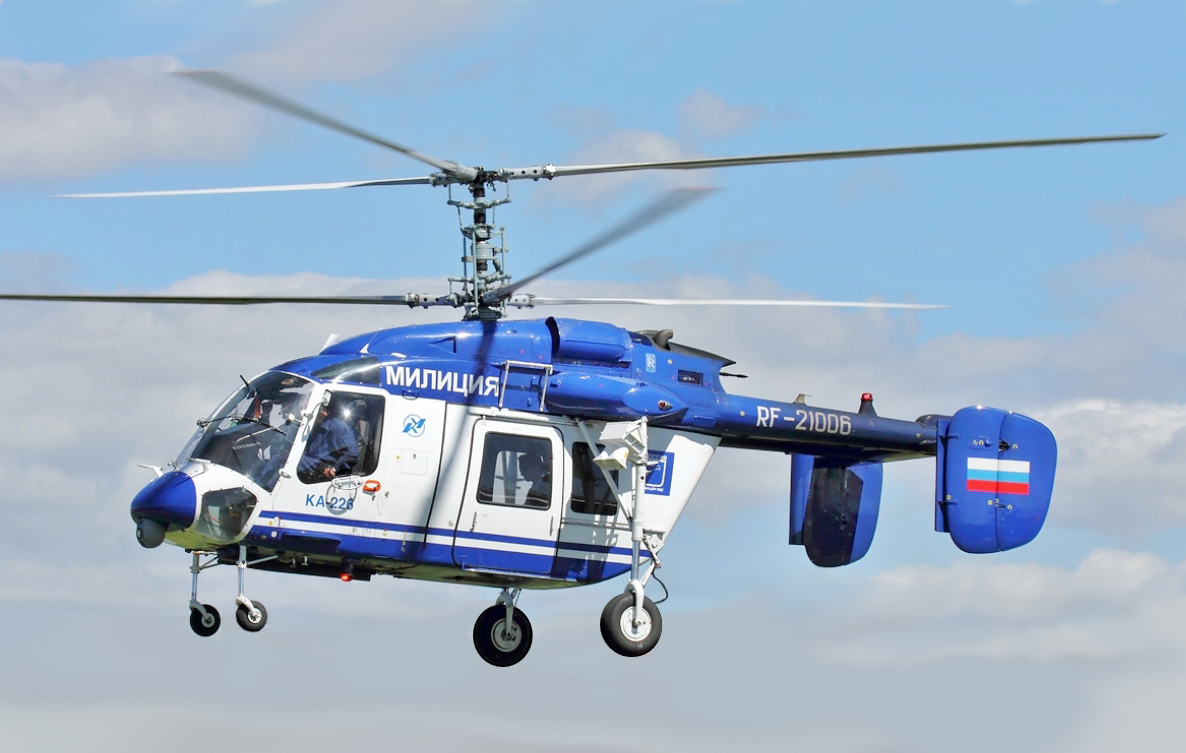 But differences over price and technology transfer issues had deferred the deal, and senior industry officials recently told The Wire that India’s MoD was now “seriously considering” exercising the option to merely acquire 60 Ka-226Ts in fly-away condition and foregoing their licensed production.

They said that HAL remained “unwilling” to launch the Ka-226T assembly line at its Tumkur facility near Bangalore, as it would rival its locally designed, albeit long-delayed LUH that had received its initial operational clearance (IOC) from the Centre for Military Airworthiness and Certification (CEMILAC) earlier this year.

Thereafter, the MoD had recently approved the series manufacture of 12 LUHs – six each for the IAF and the AAC – to eventually replace the in-service licence-built Cheetah (Aerospatiale SA 315B Lama) and Chetak (Alouette III) rotary platforms that lacked modern avionics and were plagued by poor serviceability and a high accident rate.

HAL anticipates orders for at least 187 of its LUHs – 126 for the AAC and 61 for the IAF – and official sources said was “amenable” to the MoD acquiring 60 Ka-226T’s as a “stop gap” measure till it ramped up production of the indigenous platforms.

The IAF has also been in protracted negotiations with Russia to procure an additional squadron of 21 twin-engine MiG-29 fighters that were lying in an “unassembled and mothballed” state for around Rs 60 billion and 12 extra HAL-built Su-30MKI’s as replacements for an equal number lost in accidents in recent years.

Once acquired, these 21 MiG-29s would supplement three squadrons of 60 MiG-29 Fulcrum-A aircraft-52 single-seat and eight twin-seat fighters – which were inducted into the IAF 1986 onwards. These fighters are presently undergoing an upgrade to MiG-29M levels at the IAF’s Base Repair Depot in Nasik, western India, under a Rs 3,842 crore programme agreed with Russia in 2008.

Negotiations for the add-on MiG-29s comes at a time when the IAF is facing a severe drawdown in its fighter squadrons, from a sanctioned strength of 42 to less than 30 squadrons. Furthermore, successive Defence Parliamentary Committees had in recent years warned the MoD that if the IAF did not “swiftly” induct additional fighters, its combat squadron strength would decline further to around 25-27 squadrons by 2022. The IAF is poised to imminently retire 10-12 squadrons of MiG-21 ‘Bis’ ground attack fighters and an undetermined number of ageing Jaguar SEPECAT platforms, further depreciating its air combat parity with regard to nuclear rivals Pakistan and China.

India is also believed to have concluded discussions for leasing yet another Project 971 ‘Akula’ (Schuka-B)-class nuclear-powered submarine (SSN) for the Indian Navy, in addition to the one it had hired in March 2019 for 10 years for $3 billion and which is scheduled for delivery in 2025.

Earlier, in June 2021 the Indian Navy had returned a similar SSN to Russia, some 10 months before its $1 billion lease was set to end due principally to maintenance issues. International treaties forbid the sale of SSNs, but leases are permitted provided the boats are not fitted with missiles with ranges of over 300km.

During Putin’s visit, the two sides also failed to clinch the long-anticipated Reciprocal Exchange of Logistics Agreement (RELOS), permitting both militaries to access logistics and support facilities at each other’s bases and ports. RELOS has been awaiting closure since 2019.

“The tentativeness and caution displayed by the two sides in confirming material buys were un-anticipated,” said a two-star Indian Navy officer. This is despite the reality that Russia will remain India’s principal defence equipment supplier for decades to come, despite Delhi diversifying its procurements from countries like France, Israel and the US, he added, declining to be named.