In an interview, Macron had put the ball in the Indian government’s court on which details could be revealed to the opposition in New Delhi. 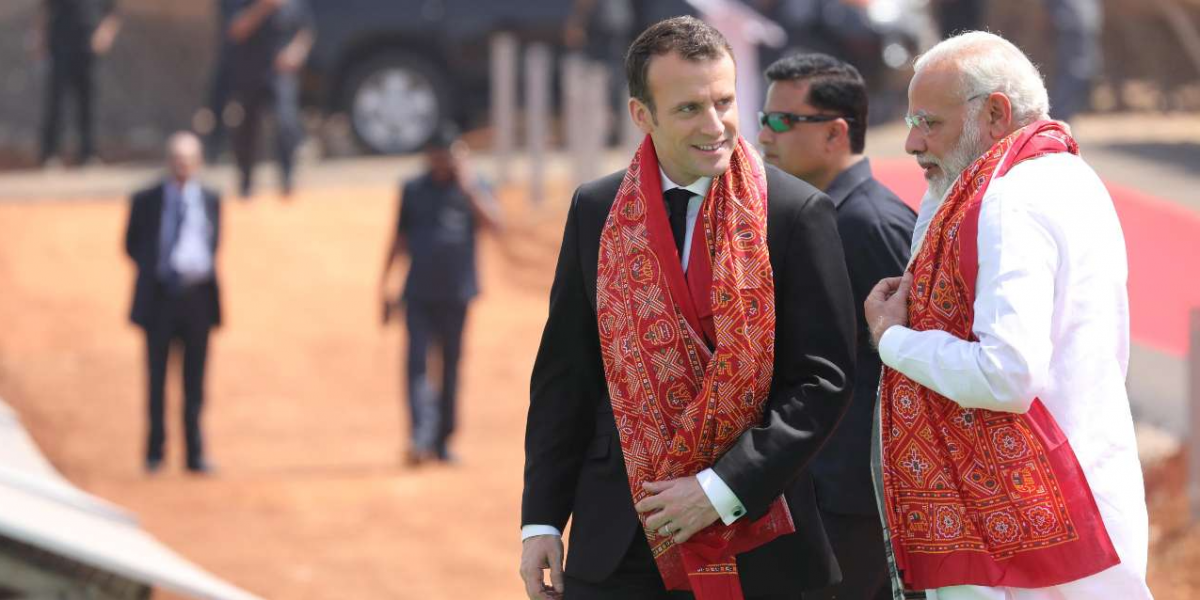 New Delhi: France waded into the political firefight between the Indian government and the opposition over the Rafale deal on Friday. The French government claimed that a bilateral pact legally binds both countries from revealing information that impacts “security and operational capabilities”.

However, the French government’s statement appears to be at odds with earlier remarks made by President Emmanuel Macron in an interview with India Today, where he acknowledged that the Narendra Modi government has the liberty to reveal details of the deal to the opposition and parliament.

During the debate on the no-confidence motion in Lok Sabha on Friday, Congress president Rahul Gandhi said that French President Emmanuel Macron had told him that there were no restrictions on revealing the cost price of the 36 Rafale aircraft.

“Defence minister Nirmala Sitharaman had said she will tell the country about the cost. Then she said it’s a secrecy pact between both countries. I asked the French president about this secrecy pact but he denied the existence of any such pact. He also told me that he had no problems in making public the cost,” Gandhi said.

Following his speech, Sitharaman said that Gandhi’s allegations regarding the Rafale deal were “completely wrong”.

Within a few hours, the French foreign ministry spokesperson issued a statement on Gandhi’s remarks. “France and India concluded in 2008 a security agreement, which legally binds the two states to protect the classified information provided by the partner, that could impact security and operational capabilities of the defence equipment of India or France,” he said.

He pointed out that the provisions of the security agreement “naturally apply to the IGA concluded on 23 September 2016 on the acquisition of 36 Rafale aircraft and their weapons”.

In the interview, Macron, however, had put the ball in the Indian government’s court on which details could be revealed to the opposition in New Delhi.

“First of all, you have these commercial agreements, and obviously you have competitors and we can’t let them know details of the deal. In India and in France, when the deal is very sensitive, we can’t reveal details because of business reasons. Part of the absence of answers to some technical issues is these commercial agreements and the interests of different companies. Secondly, there are some discussions to be organised by the Indian government, and they will have to consider which details they would want to be revealed to the opposition and parliament. I am not the one to interfere in such a discussion, and you too must realise that we have to consider commercial sensitivities.”

Neither Macron’s interview in March this year nor the French foreign ministry’s statement seem to make any comment on the release of cost price of the aircraft.

Vipin Narang, a MIT political science professor, posted on his Twitter account that a security pact does not rule out the disclosure of cost price.

“No one is asking how the AESA works or what it costs. Quite certain no secrecy agreement prevents a government from price disclosure to its own citizens,” he said.

Congress member Manish Tewari tweeted a copy of the agreement with the comment that “price of procurement of any platform is not covered by articles of this agreement”.

https://t.co/JtjotLiI5h. The Indo French Confidentiality Agreement of 2008 is at Page 2416-2425 of this link.Price of Procurement of any Platform is not covered by Articles of this agreement.Even an over stretched interpretation doesn’t lends itself to spin Def Min put onto it

It defines classified information as “information and material to which a specific level of security classification has been accorded, regardless of its nature and mode of transmission, which requires protection against compromise, destruction, removal, disclosure, loss or access to any uncleared and unauthorised person, in the interest of national security in accordance with national laws and regulations of the respective parties”.

While details of the pricing have been a source of political controversy, the basic pricing structure was already revealed in 2015 after the deal was signed, in an off-the-record interaction with defence journalists.

As senior defence expert Ajai Shukla noted in 2017, the Modi government’s deal for 36 Rafale aircraft works out to Rs 1,063 crore per fighter, while the UPA tender for 126 rafales would have worked out to an “indicative cost of Rs 714 crore per fighter”.

While it appears as if the UPA got a better bargain, what should be noted is is that the Modi government’s deal also includes a few extra goodies – what it calls “India-specific enhancements” for each fighter – some of which add up to the aircraft’s cost. This makes it difficult to make a strict apples-to-apples comparison.

Why does all this matter? Because the Centre has maintained that its deal is on “better” and “cheaper” terms than those quoted in the earlier UPA tender.

As Shukla notes, “The BJP insists this condition has been met. However, the government has released no figures for Dassault’s earlier quote, nor a cost breakdown of what Dassault is being paid for 36 Rafales.

On Friday, asked for cost breakdown by the media in November 2017, Sitharaman promised: “We will give you the figures that you want.”

She ordered defence secretary Sanjay Mitra, who was sitting beside her, to provide them. Despite repeat enquiries, no figures have been released so far.