For the third consecutive year, there has been a drop in the share of South Asia in the total loans and grants given by the government, including the ministries of external affairs, finance and home affairs. 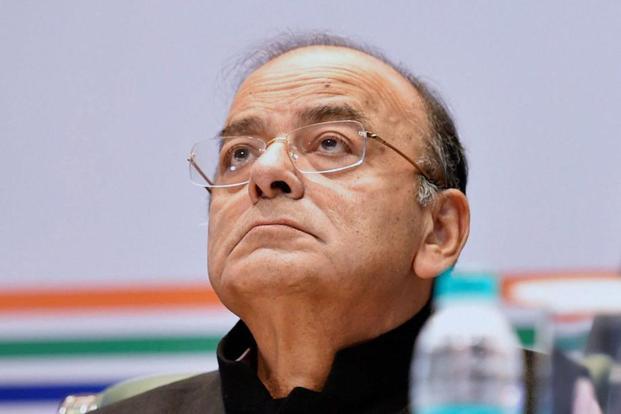 New Delhi: Even as Nepal would get almost double in aid from New Delhi next year, South Asia will have the lowest share in India’s total external loans and assistance in nearly a decade.

In the Union Budget released on Thursday, the Indian government’s total allocation for foreign aid in budget estimates of 2018-19 was Rs 7,659.62 crore. This was an increase from the budget estimate of the current financial year of Rs 6,793.87 crore. However, the revised estimates for this year has been again cut down to Rs 5,820.01 crore – a drop of 22%.

For the third consecutive year, there has been a drop in the share of South Asia in the total loans and grants given by central government, which includes the ministries of external affairs, finance and home affairs.

In 2017-18, six south Asian countries will account for 66% of external assistance, as per the revised estimates. In absolute numbers, they may be getting a much higher aid amount, but their commensurate share in India’s external assistance is down sharply. This would be a sharp drop from the highest share – 89% – recorded in 2011-12.

Next year, there is a further drop. India’s neighbourhood will account for 60% of external assistance in the budget estimate of 2018-19.

However, there has been a notable exception. Nepal’s aid projection has been increased by over 43% to Rs 650 crore in the next financial year.

This sharp rise occurs in the background of India reaching out to Nepal’s Left alliance which won the parliamentary elections and is set form the next government.

External affairs minister Sushma Swaraj reached Kathmandu on Thursday afternoon, and her first appointment was with the Communist Party of Nepal (Unified Marxist-Leninist) (CPN-UML) chairman K.P. Sharma Oli, widely expected to be the next prime minister. India will have to do some deft diplomacy to repair ties with Oli, who had been at the helm during the border ‘blockade’ of 2015.

The veteran Nepalese leader, who had once been known to be close to India, is now seen to be assertive vis-à-vis its giant southern neighbour. One of Oli’s first stops after winning the election was to visit the Nepal-China border at Rasuwagadhi – signalling his intent to strengthen ties with Beijing.

While Nepal has seen a big jump, there has not been a similar sharp rise for India’s other South Asian neighbours. Afghanistan’s revised estimate for 2017-18 actually saw a slashing by half from Rs 125 crore to Rs 65 crore. But, it goes up to Rs 175 crore next year. Afghanistan is a strategic relationship for India, especially since Washington expects New Delhi to keep up its economic development assistance. US President Donald Trump had touted the India-Afghan partnership as a key part of his South Asia policy.

Aid for Bangladesh, Sri Lanka and the Maldives also has a similar pattern – a big cut this year, with either a restoration or only a marginal increase in their allocation for 2018-19.

The Indian ocean nations of Seychelles and Mauritius – where India has strategic projects – also saw a dip in their aid allocations in the revised estimates for 2017-18.

While South Asia takes up major chunk of India’s aid, Bhutan garners the lion’s share within this segment. Therefore, due to the size of India’s Bhutan assistance, any fluctuation in utilisation leads to complication in the Ministry of External Affairs’ (MEA) negotiation with finance ministry which has been rather stingy with South Block.

Last February, then foreign secretary S. Jaishankar had said MEA’s “big challenge” utilising its Budget had been in Bhutan. Two big dams, Punatsangchhu-I and Punatsangchhu-II have seen their completion schedules gone awry due technical troubles and geographic vagaries. “They have been the primary cause for the ministry not spending its allocation and these are not easy allocations to divert elsewhere because I think some of those flexibilities do not exist with us,” Jaishankar told the parliamentary standing committee.

With the foreign office not being able to spent most of its allocation, the finance ministry has consistently not accepted the MEA’s projection for its budget over the years.

In the Union Budget proposals tabled in parliament on Thursday, there has been a cut in MEA’s budget for the current year with the revised estimates brought down to Rs 13,690 crore from the initial allocation of Rs 14,798.55 crore – a cut of 7%.

MEA had conveyed to the parliamentary panel that the reason given by finance ministry for not accepting its projections – and even slashing the amount in the revised estimates – have been its uneven utilisation over the financial year.

Jaishankar cited “diverse local conditions, political uncertainties, security concerns, varying budgetary cycles, and the difficulties of applying and aligning Indian procurement rules in foreign environments with different local norms” as some of the reasons that the ministry could not entirely control the expenditure schedule.

Looking at the brighter side, MEA officials point out that the budget of the ministry in the budget estimates for 2018-19 has breached the Rs 15,000-crore mark .