China was among the eight countries that India received data from on the floods after ISRO made a request for international disaster relief support.

New Delhi: India has acquired satellite imagery from eight international space agencies, including China, to monitor the extent of floods which have devastated three states, killed over 190 people and affected over 7 million people.

On Friday morning, the new Chinese ambassador-designate to India, Sun Weidong tweeted that following ISRO’s request to international agencies, China had provided India with data for flood-hit regions to assist in flood relief efforts. “Hope all gets well soon,” he wrote.

MEA spokesperson Raveesh Kumar subsequently noted that India had “activated” the International Charter: Space and Major Disaster on July 17 to acquire satellite imagery from different space agencies of the floods.

This request was made through the National Remote Sensing Centre (NRSC) on behalf of ISRO, which is a member of International Charter Space and Major Disasters. Set up under the UN’s Space based Information for Disaster Management and Emergency Response (UN-Spider), state space agencies are part of a collaborative network to share data and products based on the requests made by members.

Since India joined the Charter in 2001, it has made requests – or ‘activated’ the network 24 times.

Therefore, the 25th ‘activation’ by India and 612th of the Charter in last 18 years took place as a routine exercise this month.

“Due to the heavy floods in India, the Charter was activated on July 17 by NRSC. Under the Charter, so far data has been received from 8 countries, including USGS, CNES, ESA, ROSCOSMOS, Chinese National Space Agency (CNSA) and 3 others. ISRO has also provided information to other Space Agencies in response to similar requests,” he added.

The above-average rainfall has led to floods in Assam, Bihar and Uttar Pradesh. The north-eastern state has been the hardest hit, with the death toll reaching 75. There is apprehension about further floods, after Bhutan released excess water from Kuricchu Hydropower reservoirs which could lead to rise in water level in seven districts in Assam. 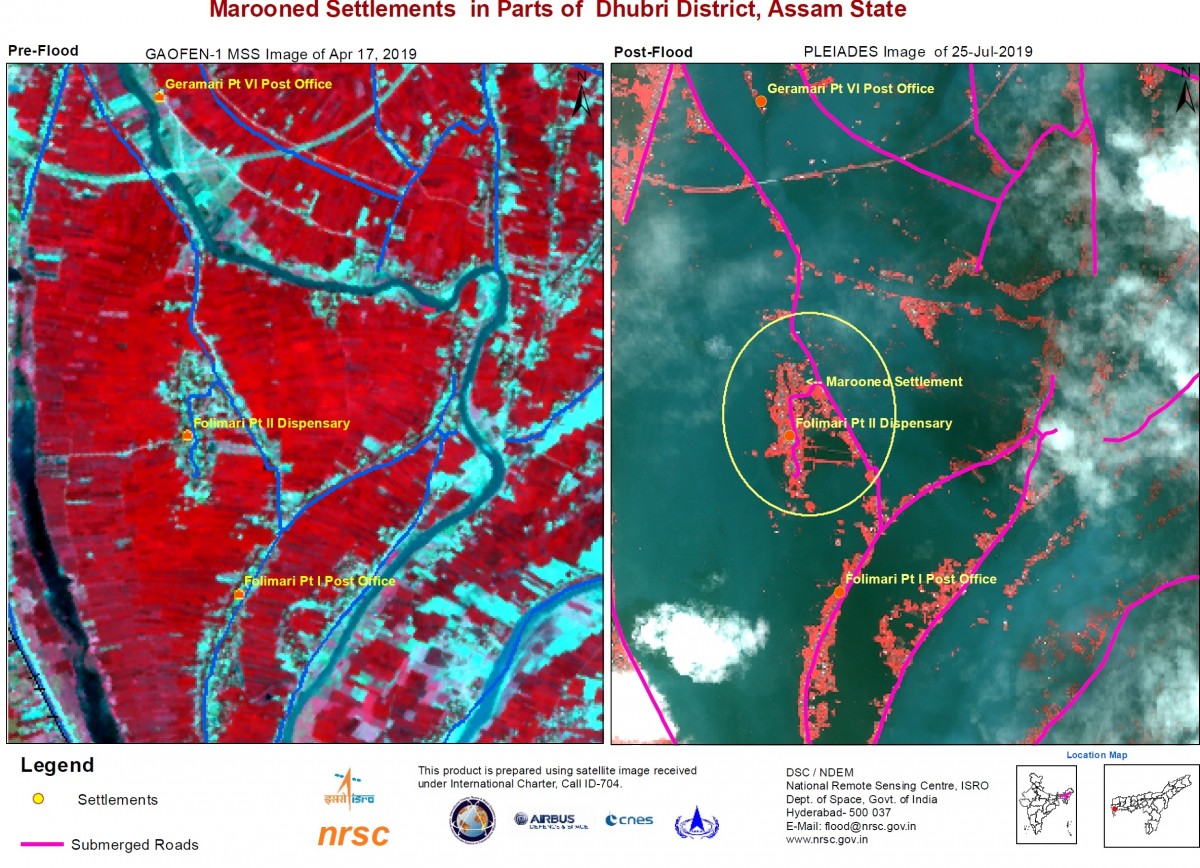 Overall, 3.4 million people in 2,753 villages located in 18 districts across Assam have been impacted by the floods.

Following India’s July 17 request (Call ID-704), 30 ‘products’ have been received from various agencies. The Chinese space agency’s imagery related to districts of Dhubri located near Bangladesh, Marigaon in central Assam and Dhemaji in eastern part of the state.

The last ‘activation’ that India had done was for Cyclone Fani which hit Orissa this May. 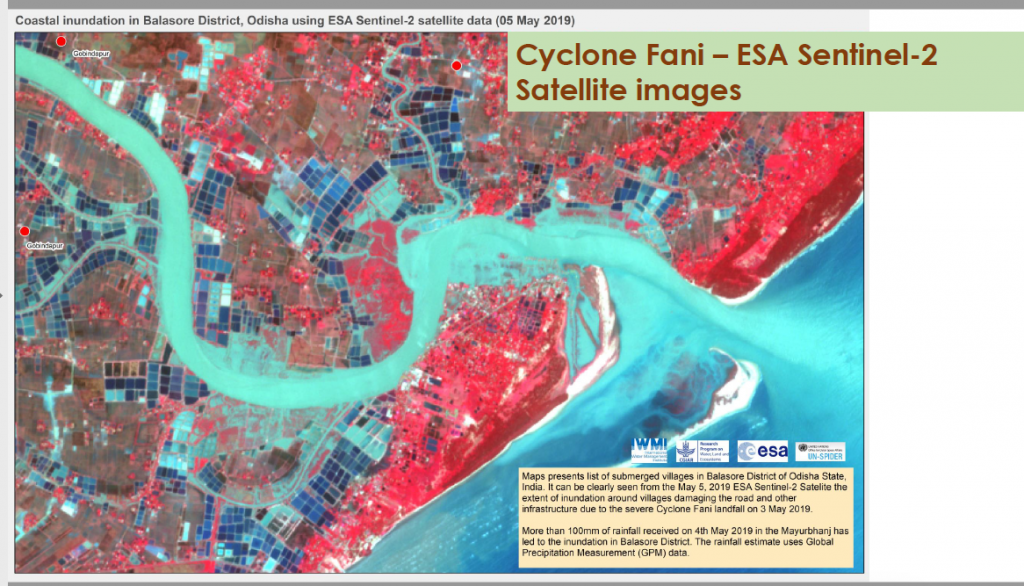 A year earlier, India had also activated the Charter on August 16, 2018 after Kerala was inundated by floods.

According to a newsletter of the Charter, several of the value-added products for the Kerala floods were based on real-time requirements and were put to use for organising relief activities. Satellite imagery of the Kerala floods