With the term ‘Indo-Pacific’ being mentioned only once in the revised strategy, it is clear the core focus for the navy wisely remains the Indian Ocean. 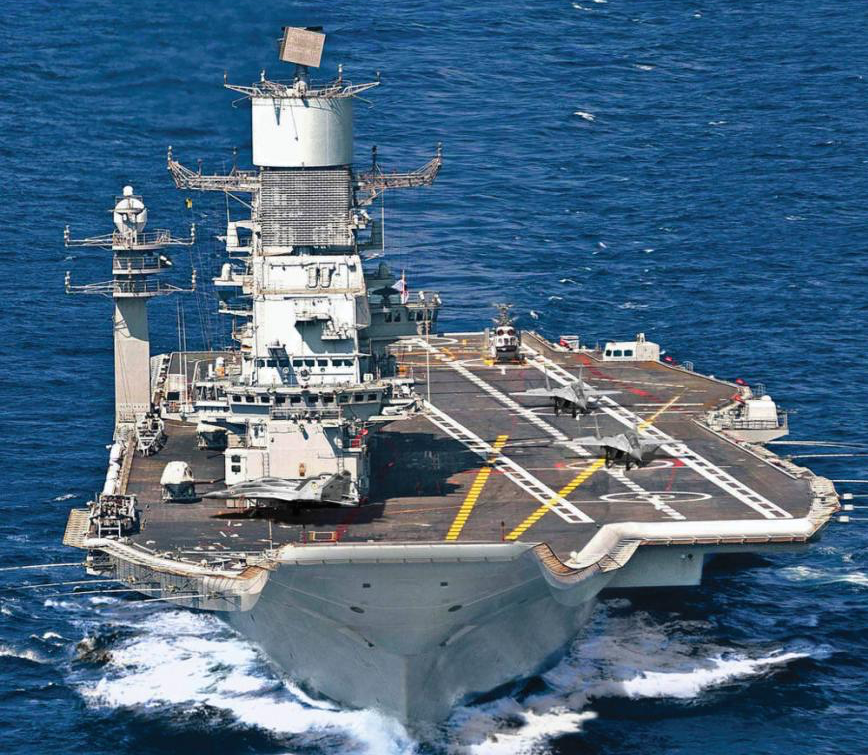 Credit must be given to India’s Chief of Naval Staff Admiral Robin Dhowan for articulating a proactive strategy for the navy’s expanding roles and responsibilities in the Indian Ocean over the next ten years. This is evident from the recent official publication of India’s comprehensively revised maritime security strategy Ensuring Secure Seas, although it is currently still under restricted distribution. This change is in contrast to the 2007 maritime strategy which it replaces, which was relatively conservative.

This strategy is marked by a critical development, the growing civil-military consensus on the importance of the sea for India’s prosperity and security. This was not the case when my second book, India’s Maritime Security, was published 15 years ago. At that time, there were few among the top political leadership in the then BJP-led NDA government who fully understood the growing political-security and geo-economic importance of the Indian Ocean for India. Indeed, during my stint at the National Security Council Secretariat (NSCS) in New Delhi at that time, there were senior ministers who refused to accept a blurring of lines between civilian and military issues at sea. This was most forcibly apparent when ten Pakistan-based Lashker-e-Taiba terrorists used the sea route to travel from Karachi to carry out the Mumbai terror attacks of 26-28 November 2008. In its aftermath the then Congress-led UPA government carried out an overhaul of coastal security and, in February 2009, formally gave the navy an expanded responsibility for the overall maritime security of the country, including coastal and offshore security. This was an unprecedented responsibility for an armed service whose role in relation to government had largely been limited to assistance to civilian authority.

Economic factors also lie behind the civil-military convergence over maritime security. With higher economic growth fuelled by greater energy consumption, India is dependent on the Indian Ocean for both trade and energy. Over 90% of India’s foreign trade by volume and 70% in value terms is seaborne, accounting for 42% of India’s GDP. Its oil imports have increased to nearly 80% of total demand. Most major international shipping lanes in the Indian Ocean are located close to India’s island territories.

The navy’s primary driver towards increasing its capabilities is China’s assertive policy towards India and the expansion of Chinese influence in the Indian Ocean, which it perceives as possible encirclement. Pakistan’s naval aviation and expanding submarine force also present a threat to the Indian navy. The possibility that nuclear-armed missiles could be deployed aboard four Pakistani surface ships would require these ships to be tracked as a priority, thereby requiring considerable Indian naval effort and resources.

Modi’s first visit outside Delhi after his swearing-in ceremony was to go aboard the Indian aircraft carrier Vikramaditya off Goa in June 2014 and induct this powerful warship into the navy. In March 2015, Modi unveiled a four-part framework for the Indian Ocean, focusing on: defending India’s interests and maritime territory (in particular countering terrorism); deepening economic and security cooperation with maritime neighbours and island states; promoting collective action for peace and security; and seeking a more integrated and cooperative future for sustainable development. For the first time, Defence Minister Manohar Parrikar formally released the navy’s official strategy at the Naval Commanders Conference in New Delhi on 26 October 2015. Earlier this week, Modi held the first combined commanders conference aboard the Vikramaditya, 40 nautical miles off the Kochi coast in the Arabian Sea.

Although the revised strategy is not the result of this initiative, it serves to complement it. With the term ‘Indo-Pacific’ being mentioned only once in the revised strategy, it is clear the core focus for the navy wisely remains the Indian Ocean. Indeed, it is significant in five ways.

First, the revised strategy expands India’s areas of ‘maritime interest’ in meaningful ways. These include ‘areas of national interest based on considerations of Indian diaspora, overseas investments and political reasons’. Since the Indian Maritime Doctrine of 2004, revised in 2009, India’s areas of maritime interest have been defined as both ‘primary’ and ‘secondary’. While the ‘primary’ area has broadly encompassed the northern Indian Ocean region, the 2015 strategy expands this both southwards and westwards to include the south-west Indian Ocean and the Red Sea (formerly a ‘secondary’ area of interest). The ‘secondary’ area of interest is also expanded to include the western coast of Africa and the Mediterranean Sea.

Second, it pointedly advances the former Manmohan Singh government’s policy of becoming a ‘net security provider’ to island states in the Indian Ocean. The strategy seeks to ‘shape a favourable and positive maritime environment’ for enhancing net security in India’s areas of maritime interest.

Fourth, as the sea trials of India’s first Arihant-class nuclear-powered ballistic missile submarine take place, the new strategy emphasises the assurance of punitive retaliation in accordance with India’s ‘no first use’ and ‘non-use against non-nuclear weapon states’ policy. Importantly, it notes that ‘SSBN deployments also counter an adversary’s strategy of seeking advantage from nuclear posturing or escalation’.

Fifth, the strategy emphasises the importance of maintaining freedom of navigation and strengthening the international legal regime at sea, particularly UNCLOS.

The Indian navy’s operational footprint in the Indian Ocean has also increased in the last eight years since the publication of its 2007 maritime strategy. The navy has played an active role in counter-piracy operations in the Arabian Sea since 2011 when pirates reached waters near India’s Lakshadweep chain of islands. This is in addition to its much-publicised anti-piracy patrols in the Gulf of Aden and the Somali basin since 2008. It has also carried out Non-combatant Evacuation operations in Libya (2011), Kuwait (2014) and Yemen (2015), as well as Humanitarian Assistance and Disaster Relief operations such as cyclone relief (in 2007, 2008, 2013 and 2014). Navy-to-Navy staff talks now take place with over 20 countries and institutional bilateral/trilateral exercises with 11 countries. In August 2013, a dedicated communications satellite for the navy, GSAT-7, was launched for surveillance purposes.

This diplomatic activity is matched by changes to the Indian’s navy’s capabilities and posture. Its fleet of 14 submarines, 27 principal surface combatants and nearly 100 patrol and coastal combatants, alongside two squadrons of maritime patrol aircraft, is to be expanded with the reported aim of becoming a 200-ship navy in the next decade. As a result, India has one of the most ambitious warship building programmes in the world, with only the US and Russia significantly more active. Of the 40 warships currently under construction in India, there are ten principal combatants including aircraft carriers, nuclear-armed ballistic-missile and conventional submarines, and destroyers and frigates.

However, the navy remains some way from possessing the capabilities that would be required for the degree of maritime dominance in the Indian Ocean to which India is now aspiring. The navy’s fleet is ageing, with an estimated 60% of vessels reported to have reached various stages of obsolescence. Warships under construction are suffering considerable cost and schedule over-runs. The Scorpene-class submarine is the first to be acquired in 16 years, in an attempt to stabilise the fleet’s fast-dwindling numbers. The navy is 16% below strength in officer ranks and 11% below strength in non-commissioned ranks. In August 2013, the navy suffered its worst peacetime accident when an ex-Russian Kilo-class conventional submarine sank in Mumbai’s naval dockyard, killing 18 personnel. This highlighted shortfalls in training and safety, and led to the resignation of the navy chief in February 2014. Diplomatic relations with the Maldives, currently under considerable strain due to political differences, urgently need to be improved.

Rahul Roy-Chaudhury is the Senior Fellow for South Asia at the International Institute for Strategic Studies (IISS) in London. He is the author of two books on India’s maritime affairs, Sea Power & Indian Security (1995) and India’s Maritime Security (2000). He is currently writing a new book on India’s New Maritime Strategy for Adelphi.