Explainer | Kartarpur, the Making of a Diplomatic Corridor

With the opening of the much-awaited corridor, both India and Pakistan would like to demonstrate that they can smoothly operate the movement of pilgrims across an international border.

A view of Gurdwara Kartarpur Sahib in Pakistan. Photo: PTI

The significance of Kartarpur

For the last 18 years of his life, the founder of Sikhism, Guru Nanak, stayed at Kartarpur in Pakistan’s Narowal District. This was the location where Guru Nanak founded the first Sikh commune, laid the code of ethics and also chose the second guru for the new religion.

Kartarpur, which lies on the banks of river Ravi, also marks the last resting place of Guru Nanak with both a grave and a samadhi. It’s a direct reference to the legend of the fight that broke out between Guru Nanak’s Muslim and Hindu devotees over his funeral rites. There are several versions – some say that a mighty storm disrupted the fight. Another says that night fell over the bickering devotees, who then promised to resume the argument the next day. But, when both sides convened again, they found the body had disappeared and had been replaced by a mound of flowers. The Hindus cremated half of the flowers, while the Muslims buried their share.

Till last year, there had been a two-storey decrepit gurdwara building amidst farmlands stretching as far as the eye can see. Now, it is at the centre of a massive complex of kitchens, dormitories and langar hall – which have cropped up since the ground-breaking ceremony on November 28 last year. 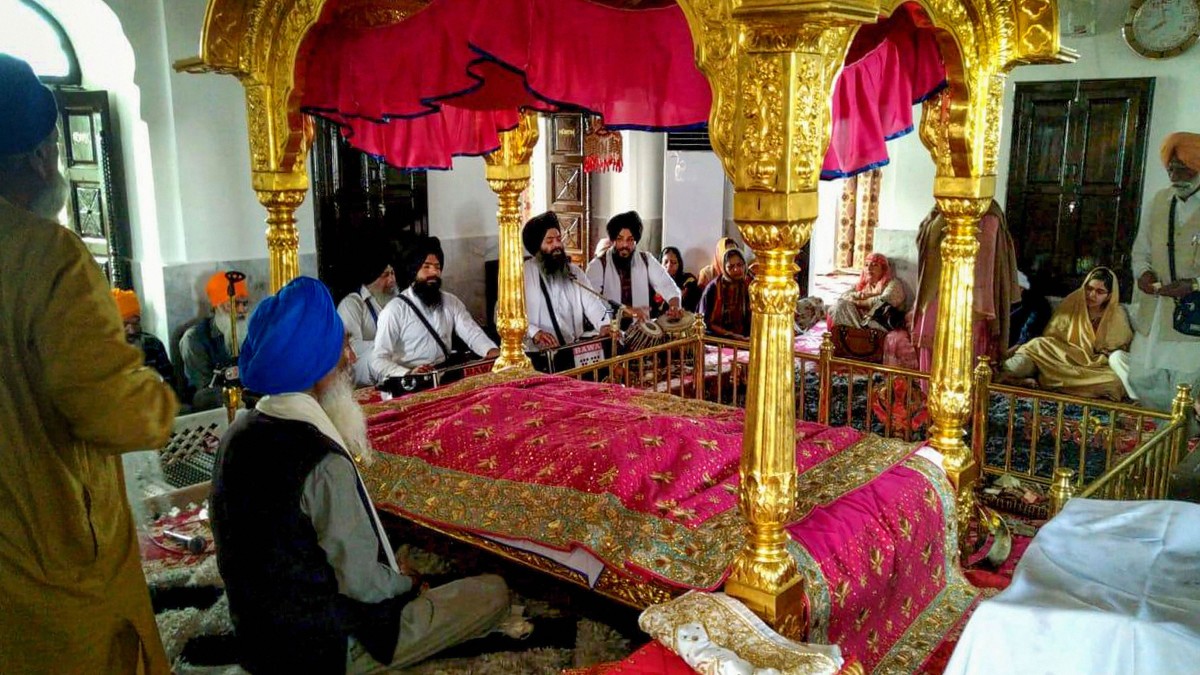 Why did Kartarpur remain in Pakistan following the Partition in 1947?

In his first political rally of 2019, Indian Prime Minister Narendra Modi stated that the Congress government in 1947 “could not keep this place (Gurdwara Kartarpur Sahib) with the country”. He was speaking at a rally in Gurdaspur, which is actually the correct place to understand Kartarpur’s fate during partition.

As a 2015 Tribune article notes, the incumbency board of the district commissioner of Gurdaspur is rather unique. It lists Mushtaq Ahmed Cheema as DC from August 14 to 17 in 1947. From August 17, an Indian DC Chanaya Lal takes over. This is because till August 17, the entire district of Gurdaspur was supposed to be part of Pakistan – but for a last-minute change of plans.

In his book The People Next Door: The Curious History of India-Pakistan Relations, former Indian envoy to Pakistan, T.C.A. Raghavan notes that an Australian geographer OHK Spate had been commissioned by the Ahmaddiyas sect to prepare the case for Gurdaspur and Qadian to be in Pakistan.

The final partition award of Gurdaspur to India fuelled decades of conspiracy theories in Pakistan – as the district was the sole physical link to Kashmir. India was able to hold onto Kashmir after the tribal invasion in 1947, after Indian army was able to send provisions through National Highway 1 passing through Pathankot.

Also read: Before Kartarpur Corridor Launch, Trepidation, Righteousness and the Shadow of Kashmir

But Raghavan argues that award of Gurdaspur was an “extra consideration to the Sikh faith for the enormous loss they had suffered because many of their principal religious sites – Panja Sahib, Kartarpur Sahib and Nankana Sahib – would fall in Pakistan”.

If Gurdaspur had gone to Pakistan, Amritsar would be almost surrounded by Pakistani territory, he pointed out. “It was much for this reason that Lord Wavell, the viceroy preceding Mountbatten, in a draft partition plan he had made a year earlier had also awarded Gurdaspur to India,” wrote Raghavan. 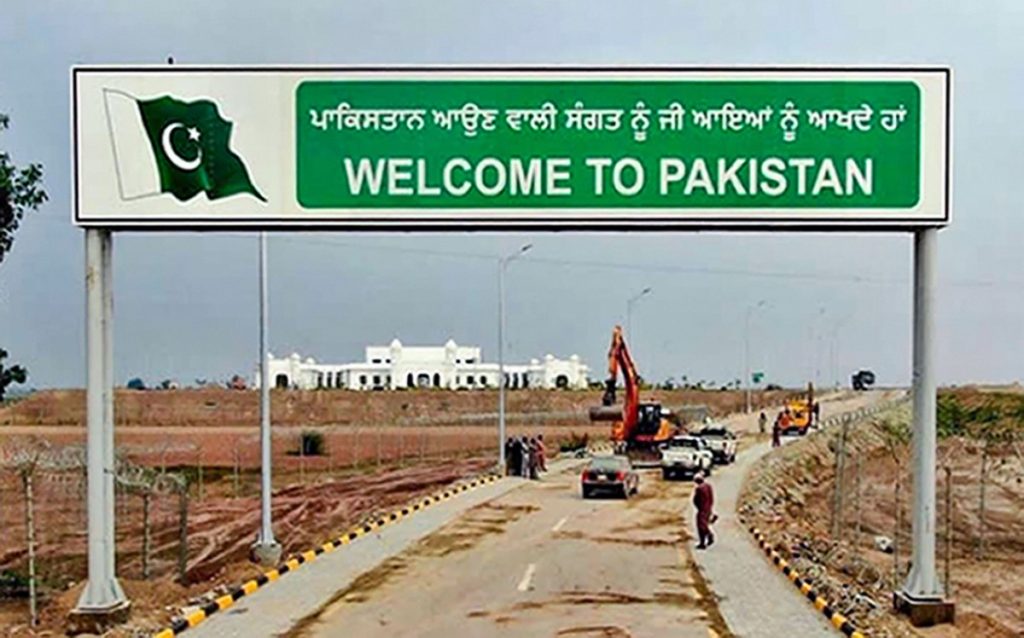 This point was earlier made by Ishtiaq Ahmed in the Friday Times’ ‘Splitting India’ series in 2013. The awarding of three out of four tehsils of Gurdaspur district to India was done by choosing the tehsil boundary and not the actual course of the Ravi-Ujh river.

Ahmed wrote that Radcliffe’s plan was nearly identical to former Viceroy Wavell’s ‘breakdown plan’. Wavell’s reason “for giving the three tehsils of Gurdaspur to India was to protect Amritsar from being surrounded on all sides except the east by Pakistani territory”, he noted.

While the argument for Gurdaspur to be included in the Indian union had a persuasive strategic element with the link to Kashmir and adjoining presence of Golden Temple, there was likely no similar multi-faceted combination of claims for Kartarpur.

Sidhu later told Indian media that Bajwa told him that Pakistan would open the corridor to Gurudwara Darbar Sahib at Kartarpur on the 550th birth anniversary of Guru Nanak in 2019. It took the Indian side by surprise, as corridor proposal had been on the backburner for years.

The Indian government tried to pip Pakistan by getting cabinet approval first and then holding the foundation stone ceremony on November 26 last year at Dera Baba Nanak, two days before Pakistan’s scheduled ground-breaking event at Kartarpur.

There was a scramble for credit with New Delhi blowing dust off files to point out that it was Atal Behari Vajpayee who had first proposed the corridor project in 1999 during his historic bus journey to Lahore.

But, according to a newspaper report in November 2000, Pervez Musharraf, now the chief executive of Pakistan after his coup, had given a nod to the trans-border corridor project. The Tribune spoke to then chairman of the Pakistan Gurdwara Prabandhak Committee, Lt Gen (retired) Javed Nasir who described that a plan to construct 1.5 kilometre corridor to connect to Gurudwara at Kartarpur has been approved.

The proposal was given a go-ahead, as per Nasir, to mark the ‘Yatri year’ in 2001. It, obviously, never took off.

Three years later, then Indian prime minister Manmohan Singh announced the provision of a Kartarpur corridor on September 1, 2004 on the eve of 400th anniversary of Prakash utsav. Three days later, foreign secretary Shyam Saran requested Pakistan to include the holy site in the list under the protocol. “This was not agreed by the Pakistani side,” said MEA spokesperson Raveesh Kumar. 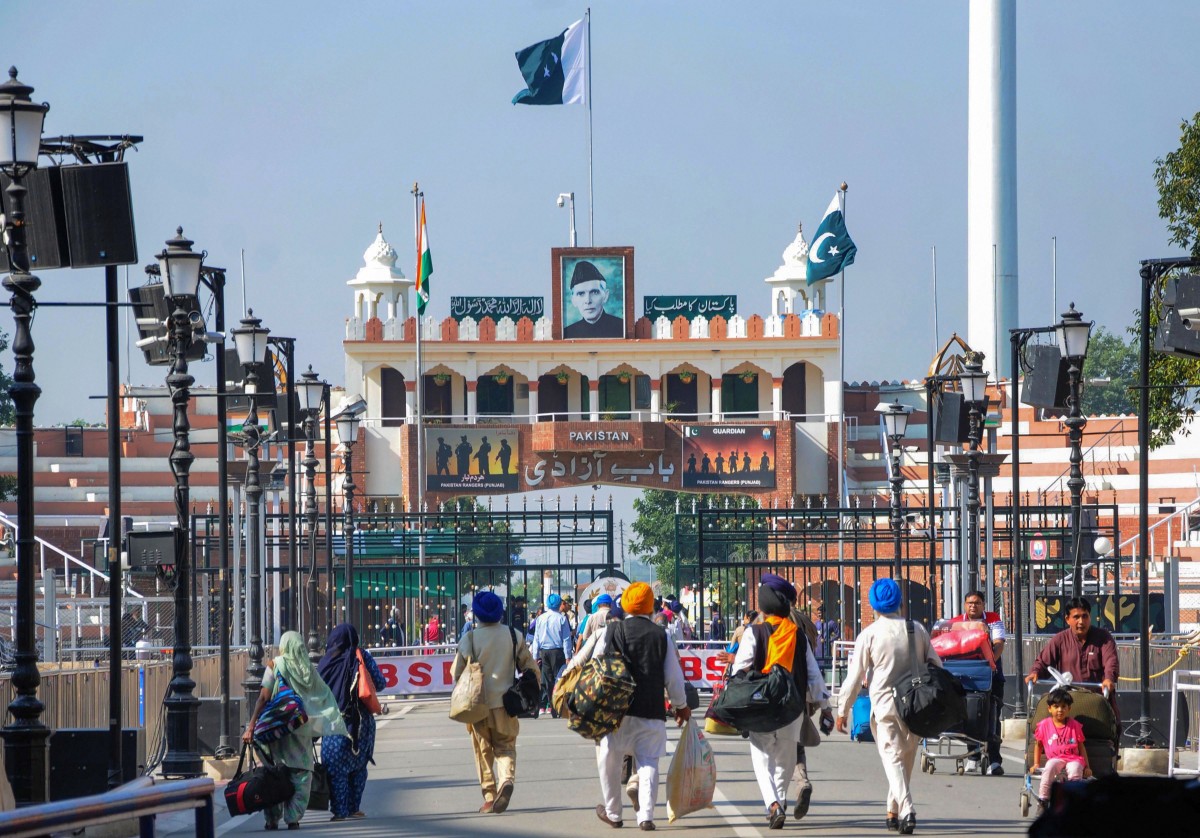 Sikh devotees leave for Pakistan via the Attari-Wagah border to celebrate the 550th birthday of Guruk Nanak at Gurdwara Kartarpur Sahib in Pakistan on November 5, 2019. Photo: PTI

A written answer from ministry of external affairs tabled in Rajya Sabha stated that in 2005, India proposed that Kartarpur Sahib to be included in the list of shrines under the ‘Protocol on Visits to Religious Shrines-1974’. Then in June 2008, then Indian external affairs minister had apparently proposed to start talks to discuss modalities for a visa free travel through a corridor to Kartarpur Sahib Gurdwara in Pakistan with Shah Mehmood Qureshi. “However, no response has been received from Pakistan side till date,” said the reply submitted by the government.

In 2010, Punjab assembly had passed a resolution calling for setting up the Kartarpur corridor.

In an answer submitted to the Lok Sabha in March 2018, minister of state for external affairs V.K. Singh said that government has received requests from “time to time” to set up the pilgrim corridor till Gurudwara Kartarpur Sahib in Pakistan.

“Government’s view is that a faster and more efficient manner to ensure easy access to the sacred Shrine of Kartarpur Sahib for all Indian pilgrims is by seeking inclusion of Kartarpur Sahib Shrine and also further liberalisation in the ‘1974 Protocol on visits to Religious Shrines’,” he said.

How has the Kartarpur corridor survived India-Pakistan tensions over the past year?

For over 70 years, devotees could only gaze across the border to Kartarpur Darbar Sahib from a high embankment near Dera Baba Nanak. Therefore, the ability to physically pay obeisance at Kartarpur by travelling from one shrine to another has huge emotional resonance in Punjab. This is recognised by all the political parties in the state – who have all competed politically to show their devotion to the cause.

When Sidhu boasted that his visit paved way for the Kartapur project, the Shiromani Akali Dal wwasere not amused. SAD is in alliance with the BJP not just at the Centre, but also in Punjab. Any hurdle in the project could have led to blowback and impact their plans to return back to power

Congress’ chief minister Captain Amarinder Singh also does not see eye-to-eye with his party colleague, Sidhu – and has publicly expressed his security misgivings about the corridor. But, he knows that Kartarpur could lead to a lot of political capital, which he doesn’t want to Sidhu to run away with all the credit.

The general elections in April-May this year meant that domestic politics would not allow the NDA government to be seen to be pulling out of the Kartarpur project, despite the February Pulwama attack and the subsequent Balakot airstrikes.

For Pakistan, the August 5 move by India in Kashmir did put it in a dilemma – but it was an obvious choice but to push ahead with finishing the Kartarpur corridor. Pakistan’s position that the visa-free corridor was a ‘gift’ to the Sikh community without any political motive meant that it could not let setbacks in the bilateral relationship dictate its policy on Kartarpur project. It was also easy to sell the project domestically, especially when it seems that Indian media reports project New Delhi’s view about the security concerns in opening the corridor.

Can Kartarpur corridor be a positive multiplier in India-Pakistan relations?

Both countries have their own obvious domestic calculations and reasons behind getting this corridor opened and to be seen taking the credit for it. Still, there is not much appetite in the two capitals to be reaching out – even though Kartarpur project may have opened a tiny window of opportunity.

With the opening of the much-awaited corridor, both sides would like to demonstrate that they can smoothly operate the movement of pilgrims across an international border. While the corridor operation may not get impeded, the project itself is unlikely to lead to any improvement in the relationship under the present circumstances.