E.S. Reddy Was a Gentle Warrior in the UN Against Apartheid and Injustice

A personal tribute to the man who also did much to promote Mahatma Gandhi’s legacy in South Africa. 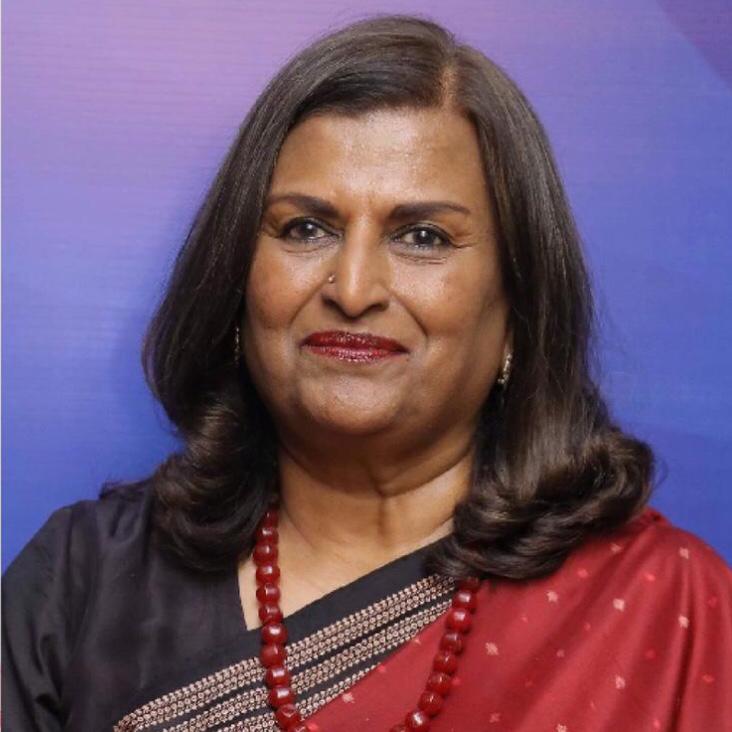 What can be added to the many tributes already paid to E.S. Reddy, who passed away on November 1?

Among many others, Ramachandra Guha, Gopalkrishna Gandhi and Ismail Wadi have all lauded his skills and achievements as a tireless anti-apartheid crusader, a global diplomat, an erudite and generous scholar, writer and archivist.

E.S. Reddy’s life was directed against righting injustice, whether based on race, religion, caste, or gender. South Africa, Namibia, India,  Palestine – every cause engaged and interested him. And he did all this, while deeply involved in his demanding career at the UN and finally rising to the rank of assistant secretary general.

He began his career in the UN in 1949, and shortly thereafter, became deeply involved in the UN Special Committee against Apartheid. He served as the secretary of the committee from 1963-1965 and spearheaded the implementation of the arms embargo against South Africa. He ensured that Oliver Tambo, Bishop Ambrose Reeves and Miriam Makeba were duly received and hosted at the UN. Later, from 1976-1983, he served as the director of the UN Centre against Apartheid. He also headed the UN Trust Fund for South Africa, and the UN Educational and Training Programme for Southern Africa. He served too as the executive secretary of the World Conference against Apartheid in 1997.

I would like this tribute to be a personal one, not just because we happen to be part of an extended family, connected through the complex web of relationships that Indians are well known for.

The real reason I have to dwell on the personal is because my own debt to him is so very deep and unforgettable. I had always admired his work on South Africa, and we had discussed the nature and injustice of apartheid many a time. Though he was of a generation before mine, we shared the idea that India had a vital stake in seeing a truly equal and democratic South Africa emerge from the liberation and anti-apartheid movements.

But little did we know then, that I would be posted to South Africa in early 1994, as part of the three-member team of Indian diplomats to restore diplomatic ties, and to reopen our Missions which had been closed for four decades, as part of India’s diplomatic strategy to end apartheid in South Africa. Before I went to South Africa, he generously gave me innumerable introductions, so much good advice, and such valuable historical material, that I was unfairly advantaged to succeed.

He cautioned me to remain colour-blind, and, while respecting the invaluable contributions of the South African Indians to the struggle, to be ever-conscious of the enormous injustice perpetrated on the majority African population. He also warned me about the lack of knowledge about the great legacy left by Mahatma Gandhi after his 23 years in South Africa, due to both censorship and the warped views of an apartheid regime.

All these inputs helped me immeasurably during the initial few months in Johannesburg, where I interacted closely with the African National Congress (ANC) leadership. E.S. Reddy’s name was a magic talisman that opened every leader’s door –Nelson Mandela, Thabo Mbeki, Walter Sisulu, Archbishop Desmond Tutu, Ahmed Kathrada, Cyril Ramaphosa, Mac Maharaj, Ela Gandhi, Winnie Mandela in the ANC, and even Chief Buthelezi. Frank Mdadalose and the Zulu King, of the Inkatha Freedom Party, when I met them later in Durban. 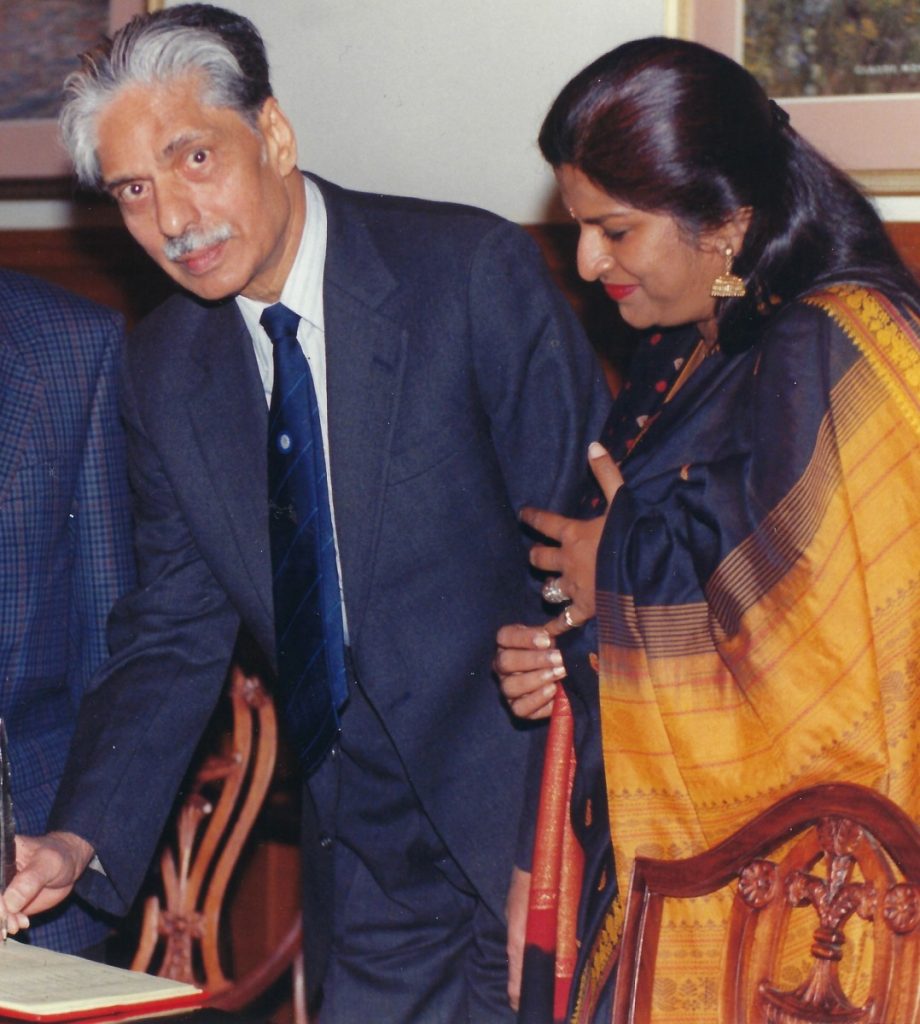 Turning now to Mahatma Gandhi’s legacy and heritage, my meetings with Ela Gandhi, (who became a Member of Parliament) and Sita Duphelia, who were the two granddaughters of Gandhiji (and the faithful few with them, who had struggled to keep the flame of his message burning with little or no support from the authorities) were crucial to the task of ensuring that Gandhiji occupied the place he should in South African history. When Gopalkrishna Gandhi, the grandson of Mahatma Gandhi, was later appointed as India’s high commissioner, it always gave me great joy to see the grandchildren of Mahatma Gandhi together representing both India and South Africa.

When I moved to Durban in May 1994, as India’s first consul-general, and we were looking for a new office, it seemed highly appropriate to set it up in the Old Station Building, from where Gandhiji began his historic journey from Durban to Pietermaritzburg, where he was ejected from the train and experienced the transformative moment that began his evolution into the apostle of civil disobedience, Satyagraha, and non-violence.

Again, it was E.S. Reddy who suggested we install a statue of Gandhiji in the lobby of the building, and a bronze plaque on the exterior, and that we should hold a high-level function to publicise this historic event. We inaugurated the Consulate, the statue and the plaque on Gandhi Jayanti, October 2, 1994, with Thabo Mbeki as the chief guest. Even in his speech on the occasion, vice president Mbeki referred to E.S. Reddy and his great contribution. An amusing footnote at this event was his assuming I was E.S. Reddy’s daughter – and I responded that I would have been proud to claim that relationship, but it was not so.

On the question of Gandhian heritage, Fatima and Ismail Meer, whom I met, again thanks to E.S. Reddy, were seasoned ANC stalwarts. They also played a tremendous role in promoting Gandhiji’s heritage. Fatima Meer edited and published in 1995, the most comprehensive archival reference book on Mahatma Gandhi’s writings and speeches in South Africa – a weighty tome at 1,248 pages. I have a precious copy, autographed by President Mandela and Sonia Gandhi, who jointly released the book. Fatima Meer also wrote the screenplay for the joint Indo-South African film The Making of the Mahatma, directed by Shyam Benegal, which went on to win the National Award in India. Again, E.S. Reddy contributed with his guidance and archival contributions to both these major projects, but as usual, took no credit for either.

For all of us, who owed so much to E.S. Reddy’s erudition and advice, his visit to Durban in 1995 was a great honour. He received an honorary doctorate of philosophy from the University of Durban Westville and the daily flow of visitors to see him during his stay was phenomenal. It would have been even more so perhaps in Johannesburg or Pretoria.

It was my privilege to represent his family, both in Durban at the University Investiture, and in later years, at his Padma Shri Investiture in Rashtrapati Bhavan. Those were only two among the many awards and accolade he received, including the Companions of Oliver Tambo and the World Peace Council Awards.

Even after his retirement from the UN in 1985, he served as a senior fellow of the UN Institute for Training and Research and also was a trustee of the International Aid and Defence Fund for Southern Africa. As Ismail Wadi says:

”He was active in the international campaign against apartheid for more than 70 years, and was the most consistent and influential UN official working behind the scenes to build bridges between southern African liberations and governments around the world.” I remember that all my Indian diplomatic colleagues serving in New York at our UN Mission spoke of him with deep respect and admiration over the years. He himself once told me, with a shy smile, that he had been personally involved in almost every resolution tabled in the UN against the apartheid regime of South Africa. In the initial years, the anti-apartheid campaign and boycotts had many doughty opponents in the UN itself, as well as in some member countries, so his task was not always an easy one. Fortunately, he received much support from several African and Asian countries, and his skilful diplomacy brought many disparate nations together to champion this cause.

Another remarkable quality of E.S. Reddy was his total acceptance of women as equals, which was remarkable for a man of his generation. His wife, Nilufer, is an artist and an intellectual in her own right, and his daughters, Mina and Leyla, have inherited their father’s zeal, perseverance and courage, as they have dedicated their careers to helping the lesser-advantaged grow and thrive.

E.S. Reddy also gave me all the material needed to publish a detailed article on ”The Contribution of Indian Women to the Liberation Struggle in South Africa”, which was published in both South Africa and India. He was determined that the part played by women in the freedom struggle should be appropriately recognised and honoured. I regard him as a champion of women’s rights and a true feminist.

E.S. Reddy’s generosity has richly endowed archives at Yale University, the ANC website, the Nehru Memorial Museum and the Universities of Witwatersrand and Durban Westville, among many others.

He had three great causes in his life and work – to see a free and equal South Africa, to cherish the heritage and memory of Mahatma Gandhi, and to see India grow into an egalitarian and tolerant nation. He was a world citizen in the truest sense, with a great belief in humanity.

And while he lived a long, happy and productive life, he leaves us, his followers, a little sadder and somewhat diminished, without his guiding hand. The world was a better place when this gentle warrior was a part of it.

Latha Reddy is a former Indian diplomat who served as consul-general in Durban, ambassador in Portugal and Thailand, Secretary (East) in MEA, and Deputy NSA.