The US Has Shown Its Teeth With Trump's Afghanistan Policy, but Can It Bite?

If implemented, the new policy will likely lead to confrontation with nuclear-armed Pakistan, but that does not mean the US should shy away from holding Islamabad's feet to the fire. 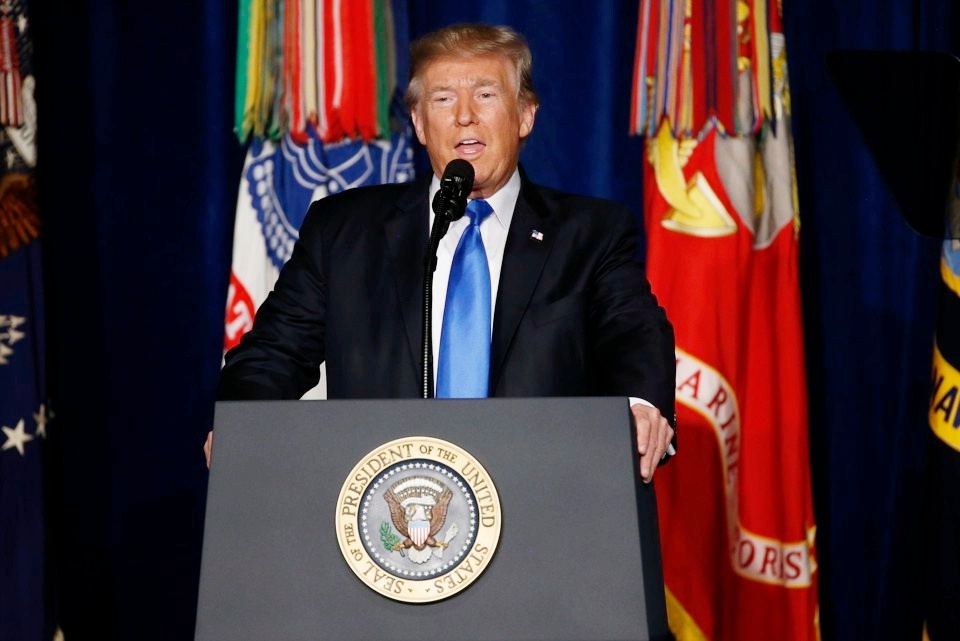 Donald Trump, the 45th US president and the third one to preside over its war in Afghanistan, has finally outlined his much-awaited Afghan policy. The wounded giant has bared its teeth but will it bite? At least that’s the question the Pakistani military planners are trying to answer in the immediate aftermath of Trump’s speech, which has put that country on notice. In a calculated departure from his predecessor Barrack Obama’s Afghan policy speech at the West Point Military Academy in 2009, Trump has vowed to score a military victory in Afghanistan. The words victory or win were conspicuously absent from Obama’s address. Trump also underscored that what stands between the US and victory in Afghanistan, inter alia, is the Pakistani support to the Afghan Taliban. And he is spot-on.

There is no way that the Taliban could have waged a relentless war against the Afghan state and people without its leadership enjoying sanctuary in Pakistan. The demise of the Taliban emir Mullah Omar, killing of his successor Mullah Akhtar Mansoor and the selection of his replacement Mawlawi Haibatullah Akhunzada, all inside Pakistan, show that while the Taliban’s tentacles may be in Afghanistan, its nerve centre remains on Pakistani soil. The Taliban’s sword arm, the so-called Haqqani Network (HQN), remains the Pakistani Inter-Services Intelligence Directorate, the ISI’s veritable arm. The HQN’s key financial lynchpin, Nasiruddin Haqqani, was killed within a 30-minute drive from the Pakistani parliament. The Taliban leadership enjoying safe havens deep inside Pakistani urban and rural areas makes it difficult to decapitate it by drone strikes and too risky, politically and militarily, for the special forces to go after them. Unlike the al Qaeda or ISIS, which run franchises, the Taliban still retains a top-down leadership structure, with the leadership controlling logistics, operations and even ownership of the deadly attacks inside Afghanistan.

There is no way to even create a semblance of victory without neutralising the Taliban leadership inside Pakistan, and that’s what Trump has got right. How the Trump administration and the US military in Afghanistan go about achieving it is what would decide whether the US president meant business or if it remains an empty rhetoric. That Trump’s statement that the US “can no longer be silent about Pakistan’s safe havens for terrorist organisations, the Taliban and other groups that pose a threat to the region and beyond”, indicates that he intends to follow through with his warning.

Trump is right that no other US ally has taken tens of billions of dollars and helped kill so many American troops as Pakistan has done in the past 15 years. The US president was on the dot to state: “But that will have to change. And that will change immediately.” To drive the point home the US Secretary of State Rex Tillerson, while recalibrating what victory may mean, has subsequently put all the punitive options vis-à-vis Pakistan on the table, including potential action inside Pakistan. Tillerson’s statement that the US is “going to attack terrorists wherever they live. If you are providing safe havens to terrorists, be forewarned” suggests that if Pakistan may be in for a rude awakening instead of the usual tongue lashing that the previous US administrations have been giving it periodically.

The proof of Trump’s Afghan policy pudding will indeed lie in its eating – how he fleshes it up and implements it. US congressman Ted Poe, who has consistently called for a harder line with Pakistan, spelled out what the incremental sanctions regime might look like, when he tweeted: “if Pakistan does not stop aiding terrorists with American blood on their hands we must cut all aid to Islamabad 2) revoke their MNNA [major non-NATO ally] status 3) designate Pakistan a State Sponsor of Terrorism.”

Indeed, a calibrated, incremental coercive regimen has to follow the tough talk to produce the desired results. Though Pakistan pretends that it does not rely on the US for military aid, the fact is that its army has benefited immensely from over $30 billion received from the US in the past 15 years or so in coalition support funds. The Pakistani military has access to US technology due to its MNNA status.

Additionally, an array of economic and diplomatic levers is available to the US to choke the Pakistani military. There are reports that the US actions “could potentially include sanctioning Pakistani government officials with ties to terrorist organisations”. In fact, this is where the Trump administration should begin: impose travel and diplomatic restrictions on Pakistani military officials who run their Afghanistan operations. Not only should the gravy train come to a halt but the Taliban-handlers and terror-backers should not be able to roam free elsewhere in the world.

Will Trump’s new policy lead to a diplomatic confrontation with nuclear-armed Pakistan? If implemented in letter and spirit, it most likely will. Should the US shy away from holding Pakistan’s feet to fire? Absolutely not.

That Pakistan can wear a nuclear suicide vest to every negotiation has to be put an end to. If the US could stare down a much mightier Soviet Union, it could easily put the Pakistani military in its place. Remaining consistent in its Afghanistan endeavour is the key to US success there. Trump has rightly removed the withdrawal timetable and reiterated the US commitment to Afghanistan, albeit on the condition the Afghans put their own house in order and shoulder their fair share of the struggle. This is a critical distinction as the Afghans are not able to do much about the Pakistani cross-border subversion, which has to be tackled by the US.

The Afghans, on the other hand, could and must improve their country’s governance, rout corruption, curtail warlords and militias, and forge national unity. While some portray Trump’s call to India to increase its role in Afghanistan as a red rag to Pakistan, it is actually an acknowledgement of the Afghan sovereignty. India has been Afghanistan’s partner in peace and rebuilding, and has extended it the much needed economic, educational and reconstruction assistance. No one, least of all Pakistan, should be allowed to dictate who the Afghans choose to build diplomatic relations with.

India has never committed troops beyond the sub-continent, except for peacekeeping, and is unlikely to do so in Afghanistan as well. Similarly, Afghanistan never allowed its soil to be used against Pakistan even when the latter went to war against India thrice. Afghanistan should not be held hostage to Pakistan’s paranoia. Pakistan’s backing of Taliban and its HQN wing threaten the Afghan people, democracy and state. Trump has given an excellent roadmap for prevailing in Afghanistan, and for the Afghan people and state to trounce those who wish to drag it back to the middle ages. Hopefully, he can put it into practice swiftly and completely.