China publicly remained silent on pull-out of Chinese troops in Doklam, but explicitly stated that all Indian troops have withdrawn and that it will continue to “exercise its sovereign rights”. 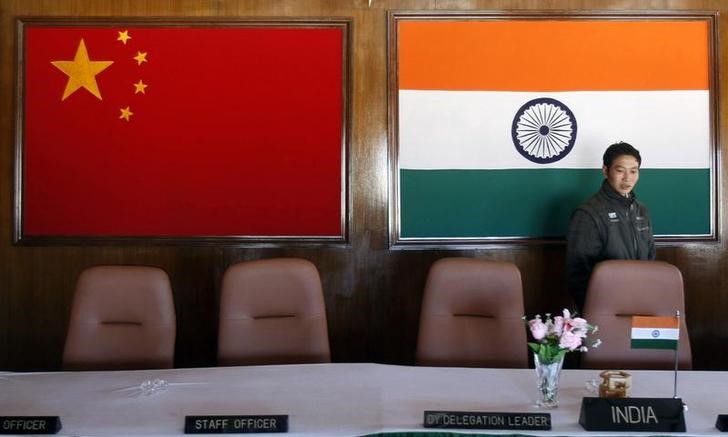 A man walks inside a conference room used for meetings between military commanders of China and India, at the Indian side of the Indo-China border at Bumla, in Arunachal Pradesh, November 11, 2009. Credit: Reuters/Adnan Abidi/Files 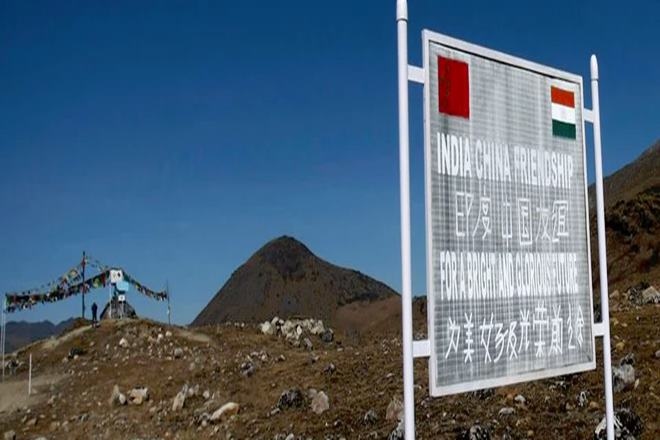 India and China have withdrawn their troops on territory claimed by Bhutan. Credit: Reuters

New Delhi: Ending the nine-week-long Himalayan stand-off, India and China have withdrawn their troops who were eye-balling each other on territory claimed by Bhutan. However, there is no clarity on the status of China’s road building efforts in Doklam, which was the original trigger for Indian soldiers to move in and for additional Chinese troops to be deployed to mark them.

India claimed that both countries had reached an understanding on a quick “disengagement” of border personnel at Doklam, based on diplomatic communications. China publicly remained silent on pull-out of Chinese troops in Doklam, but explicitly stated that all Indian troops have withdrawn and that it will continue to “exercise its sovereign rights”.

Through the day, there were three statements issued by the two Asian giants on the resolution of the Doklam crisis – two press releases by India and one by the Chinese foreign ministry.

The ministry of external affairs were the first to herald the news, with a statement late Monday morning, that an “expeditious disengagement of border personnel at the face-off site at Doklam has been agreed to and is on-going”.

The Indian statement suggests the status quo ante now prevails, but there is no clarity on whether it was the status quo ante that prevailed before China started building the road, or before Indian soldiers went in to stop them building that road – prompting the two month long face-off with People’s Liberation Army (PLA) soldiers that China deployed in order to put pressure on the Indian troops to leave.

In her statement to parliament on July 20, India’s external affair minister Sushma Swaraj had suggested withdrawal of troops by both countries as a solution.

About an hour after the Indian statement, the Chinese foreign ministry held the daily briefing in Beijing, where the first question was on Doklam.

In her reply, spokesperson Hua Chunying said that Indian troops have withdrawn to their side of the border. “At about 2:30 pm on August 28, the Indian side withdrew all its border personnel and equipment that were illegally on the Chinese territory to the Indian side. The Chinese personnel onsite have verified this situation,” she said.

There was, however, no explicit mention whether China had stopped its road construction or withdrawn its troops. Instead, she added: “China will continue with its exercise of sovereign rights to protect territorial sovereignty in accordance with the stipulations of the border-related historical treaty”.

She listed the steps that China had taken since June 16 – from lodging representations to briefings for the international community.

Despite the gaps in information, her words were a confirmation that the Doklam crisis of the last two months was finally over. But, the statements also left many questions unanswered.

While she didn’t directly answer whether road construction had stopped, Hua noted, that “in light of the changing landscape on the ground, China will make necessary adjustments and deployment as it sees fit.”

She added that that Chinese border troops will “continue with their patrols in the Dong Lang area”, which seemed to be a demonstration of the “exercise of sovereign rights”.

“China will continue fulfilling its territorial rights &interests”: https://t.co/TZE052WPWA Does that include road-building? Did we blink?

With confusion prevailing on whether China had withdrawn its soldiers, India issued a second, more expansive statement in the evening.

“We had, earlier in the day, announced that following diplomatic communications, expeditious disengagement of border personnel of India and China at the face-off site at Doklam was ongoing. This process has since been almost completed under verification,” said the MEA spokesperson Raveesh Kumar.

The two changes from the morning response was that the spokesperson had specifically stated that border personnel of both India and china had ‘disengaged’ from the stand-off. Also, India also echoed the Chinese statement that the disengagement had been done “under verification”, which seems to imply a mutuality in withdrawal.

The stand-off began on June 16 when a Chinese PLA team was spotted constructing a road on the Dolam plateau in the Bhutan’s Doklam region.

Initially, the Royal Bhutanese Army confronted the PLA team. Then, the Indian army came down from their post on Sikkim side of the border on June 18, beginning the face-off.  The stand-off had been termed as the most serious confrontation between Indian and Chinese soldiers since the 1962 war.

The “disengagement” comes just a week before Indian Prime Minister Narendra Modi is expected to travel to China to attend the ninth BRICS summit at Xiamen.

China had claimed that India had trespassed into Chinese territory and had demanded that New Delhi should first withdraw its troops as condition before any “meaningful” talks. Both Bhutan and India had called for a return to the status-quo before the PLA activity of June 16.

The statement issued by the Indian foreign ministry states that an understanding has been reached due to the diplomatic channels remaining open over the weeks.

“In recent weeks, India and China have maintained diplomatic communication in respect of the incident at Doklam. During these communications, we were able to express our views and convey our concerns and interests,” the MEA press release said.

The MEA statement, however, does not mention whether there has been a return to the status quo of June 16, as demanded by both India and Bhutan.

In its June 30 statement, India had specified that road construction by China in Doklam “represent a significant change of status quo with serious security implications for India”. India had noted that the “security implications” would be an effort to change the location of the tri-junction boundary between India, China and Bhutan.

Strategic experts also pointed out that China’s regular intrusion into western Bhutan, could have been to get more territorial depth. Chinese deployments in the narrow Chumbi valley remain highly vulnerable to Indian artillery fire.

China had previously build roads into Doklam, but had not been seriously challenged. This time, the road construction went much further south, with plans to connect the road north of Torsa nala to the Zompelri Ridge, where Royal Bhutan Army has a post.

There had been speculation that the motivation and timing of the road construction could have been to drive a wedge between Bhutan and India. China had been miffed at New Delhi over Dalai Lama visit to Tawang and non-participation in ‘Belt and Road Initiative’ summit. There were also talk about President Xi’s trying to shore up a muscular image ahead of the National Peoples’ Congress in November.

Military experts, however, pointed out that the timing could also have been dictated by weather conditions. At those heights, the only window for construction activities is only open from June to September.

However, most Indian experts agreed that China was likely taken by surprise at the Indian cross-border challenge to its road construction.

When the Indian side did make a decision to confront the Chinese team, they only had to go forward another 150 metres from their permanent defence positions – which gave New Delhi substantial advantage in sustaining the stand-off. There were around 300 Indian troops at the peak of the face-off.

The source for China’s claim over Doklam and the tri-junction at Mount Gympochen is the 1890 convention signed between Great Britain and China’s Qing empire on the borders of Sikkim and Tibet.

During the last two months, Beijing had been waving the 19th century pact as the only basis for resolving the impasse at Doklam. The Indian side had, however, pointed that the 1890 treaty’s watershed principle when applied on the ground at the border led to the tri-junction being located near Batang La. The Chinese were adamant that the second sentence in Article 1 of the 1890 convention had to be taken into account which only mentioned Mount Gymochen.

The Chinese spokesperson reference to “border-related historical treaty” – a nod toward the 1890 treaty – means Beijing will continue to remain active in the region.

In contrast, the Indian statement said that both “agreements and understandings reached on boundary issues must be scrupulously respected”.

India had argued that China’s road construction was in violation of a 2012 “understanding” between the special representatives that the tri-junction boundary point would be decided “in consultation”  with all three countries.

There was also no mention of Bhutan in either the Indian or Chinese statements. The small Himalayan nation had been at the middle of the Chinese state media’s campaign that it was being “bullied” by India into supporting its position. India had stated that Indian troops had entered Doklam in active coordination with Bhutanese authorities.

While India and China have seen several major border stand-offs, Doklam has been a singular experience in their 67-year-old diplomatic relationship. Not only was Doklam a ‘trilateral’ dispute, the media blitz by the Chinese government and their  media wings – both in print and digital – was unprecedented, compared to previous stand-offs. There was, comparatively, more restraint by the Indian government, which mainly repeated talking points from the June 30 statement. Bhutan remained tight-lipped after issuing the initial press release.

The Indian side indicated that while the immediate crisis in Doklam may be over, the “disengagement” was perhaps only the first step in a “process”, which may involve further activation of border management mechanisms.

“India’s policy remains guided by the belief that peace and tranquillity in the border areas is an essential pre-requisite for further development of our bilateral relationship,” said MEA spokesperson. However, he said that Modi and Xi had agreed in June in Astana, to not allow differences into disputes and agreed to strive for stability in India-China relations to become a steady anchor in a volatile world. “We look forward to continuing engagement with the Chinese side on this basis,” said Kumar.