'Disappointed Over UN Show': US Lawmakers Call on India to Distance Itself From Russia

India is the only major US ally that has declined to publicly criticise Moscow, though it has called for an end to violence. 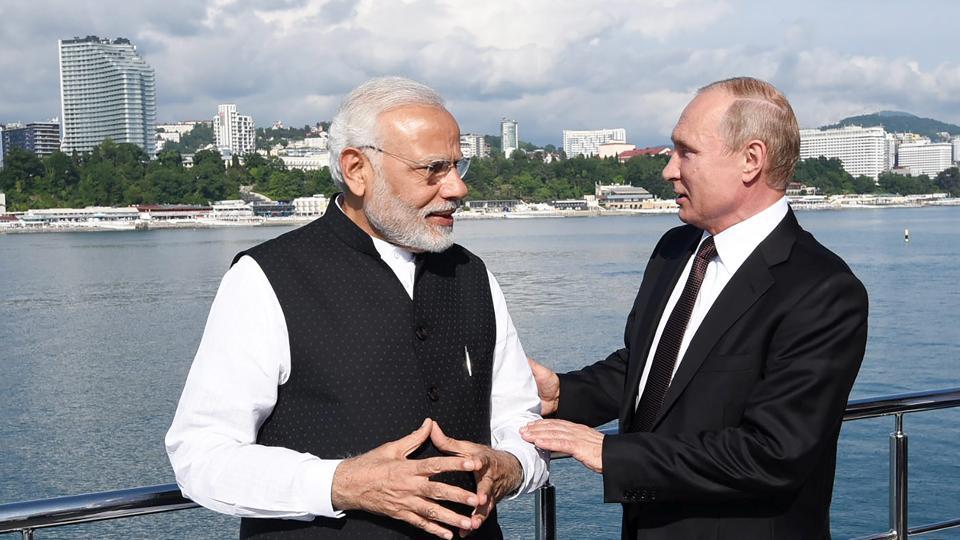 New Delhi: US lawmakers have called on India to distance itself from Russia, its main arms supplier, after the invasion of Ukraine, which New Delhi has yet to condemn.

US lawmakers, both Republicans and Democrats, have expressed “disappointment” over India’s decision to abstain from voting on the resolution condemning the Russian invasion of Ukraine at the United Nations Security Council (UNSC) and the General Assembly, reports have said.

New US sanctions on Russian banks will make it harder for countries to buy major defence equipment from Moscow, a US diplomat said, though no decision had been reached on Washington granting a waiver to New Delhi to take delivery of Russian surface-to-air missiles under an earlier contract.

Testifying before the Senate Foreign Affairs Committee, the assistant secretary (of the US State Department) for South and Central Asia, Donald Lu hinted that the US may reconsider its position on waiving sanctions against India.

The US refrained from invoking the provisions of CAATSA after India signed a $5.43 billion deal with Russia in 2018, for purchasing the S-400 missile defence system from Russia though there were talks of sanctions back then.

Lu’s statement on possible sanctions against India came after Senator Chris Van Hollen of D-Maryland asked Lu, “Will this vote of India (at UN) affect CAATSA?”

“I am not able to prejudge the decisions of the president or the secretary on the waiver issue or on the sanction issue, or whether Russia’s invasion of Ukraine will bear on that decision,” Lu additionally said in reply.

“What I can say is that India is a really important security partner of ours now, and that we value that partnership. Moving forward, I hope that part of what happens with the extreme criticism that Russia has faced is that India will find it is now time to further distance itself from Russia.”

Lu also noted that India had already cancelled orders for Russian-made weapons, such as the MIG 29 aircraft, anti-tank weapons, among others.

Russia is India‘s main arms supplier, though since 2011 New Delhi has reduced its imports from Moscow by 53% and raised purchases from the United States.

Lu said the Biden administration hoped that New Delhi would move away from Russia and that US officials have held talks with India to “underscore the importance of a collective response condemning Russia’s invasion”.

India is the only major US ally that has declined to publicly criticise Moscow, though it has called for an end to violence.

“Let me say that all of us have been working to urge India to take a clear position, a position opposed to Russia’s actions,” he told the senate committee.

“So we’re making small steps and assure you we are on this and working every day to make sure that we are trying to close the gap between where we are and where our Indian partners are,” he added.

“We can already see an evolution in some of India’s public positions,” he said, hoping that New Delhi would further distance itself from Moscow after its invasion of Ukraine.

Senator Chris Van Hollen, considered lenient to India, said he was “extremely disappointed” with India’s decision to abstain from voting at UN on Russia. Hollen was among several lawmakers who categorically expressed their “disappointment” stating that India did not stand by the “values of democracy”.

Senator Jeanne Shaheen of the D-New Hampshire said that India should be put “on notice”, expressing her strong disappointment of India’s stance at the UN on Russian invasion. “India’s the world’s largest democracy. And so I had hoped that India would side with the rest of the world’s democracies in support of Ukraine,” she said.

In a separate development, Axios reported that the US State Department has recalled a cable that was sent to US diplomats and suggested some “frank language” to try to persuade India and the UAE to change their positions on Russia’s invasion of Ukraine.

The cable was sent to US embassies on Monday but recalled Tuesday afternoon, the report said.

“Continuing to call for dialogue, as you have been doing in the Security Council, is not a stance of neutrality; it places you in Russia’s camp, the aggressor in this conflict,” the cable said. “We strongly encourage you to take the opportunity to support Ukraine in the HRC, an opportunity you failed to seize in the UNSC [United Nations Security Council].”

A State Department spokesperson told Axios that the “language in question was never intended for clearance and the cable was released in error”. This is why it was recalled, the spokesperson said.