On August 24, around 53 internees and their families held a peaceful demonstration before the Indian high commission in Ottawa, Canada and publicly shared memories of the camp for the first time. 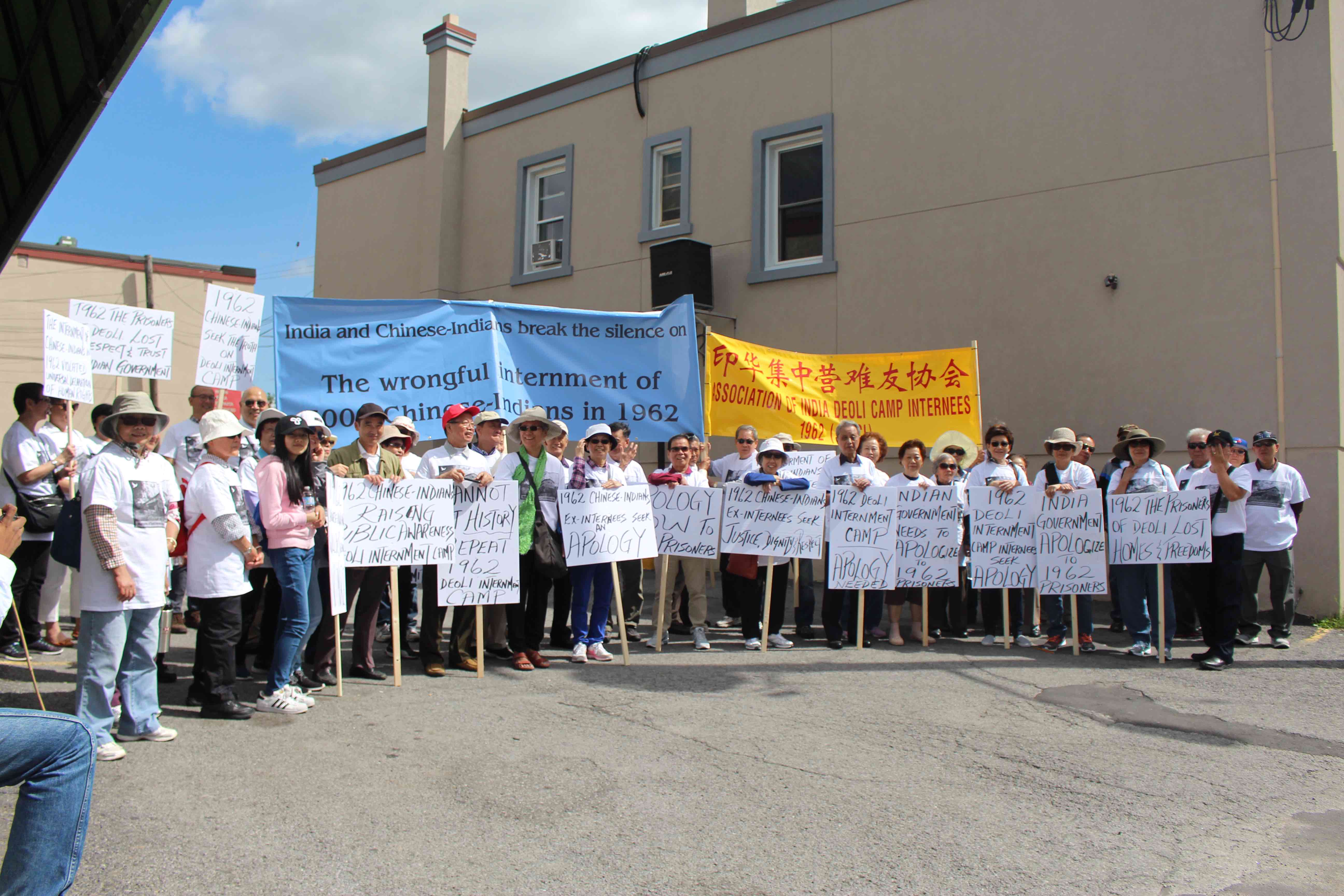 Chinese-Indians at the peaceful demonstration in front of the Indian high commission in Ottawa, Canada. Credit: By special arrangement/AIDCI

New Delhi: For the first time in 55 years, Chinese-Indians who were interned in a camp in Deoli, Rajasthan for months and even years following the 1962 war, held a public demonstration before the Indian high commission in Canada this week to demand an apology.

At the start of the 1962 Sino-Indian war, almost entire Chinese-Indian communities in Assam and Bengal were uprooted and transferred in trains to Deoli. Leaving behind their homes and business built over generations, they were suddenly corralled into hutments which had once hosted prisoners of war during previous world wars.

They were told that their stay would be only for weeks, but it stretched for two to four years. Out of the 3000 Chinese-Indian families who were taken to the Deoli barracks, 26 did not leave alive.

Once released, most of them found that rebuilding their lives in India was difficult amidst hostility and suspicion. They scattered all over the world and prospered, but remained silent about their treatment for decades.

Also read: Silent for Decades, Chinese-Indians Interned at Deoli After 1962 War Are Ready to Speak

It was only recently that the ageing survivors started to reach out to each other tentatively and began to realise that their chapter was not a part of modern Indian history. They started to meet informally, then had annual dinners, before forming the Association of India Deoli Camp Internees 1962 (AIDC) in 2010. 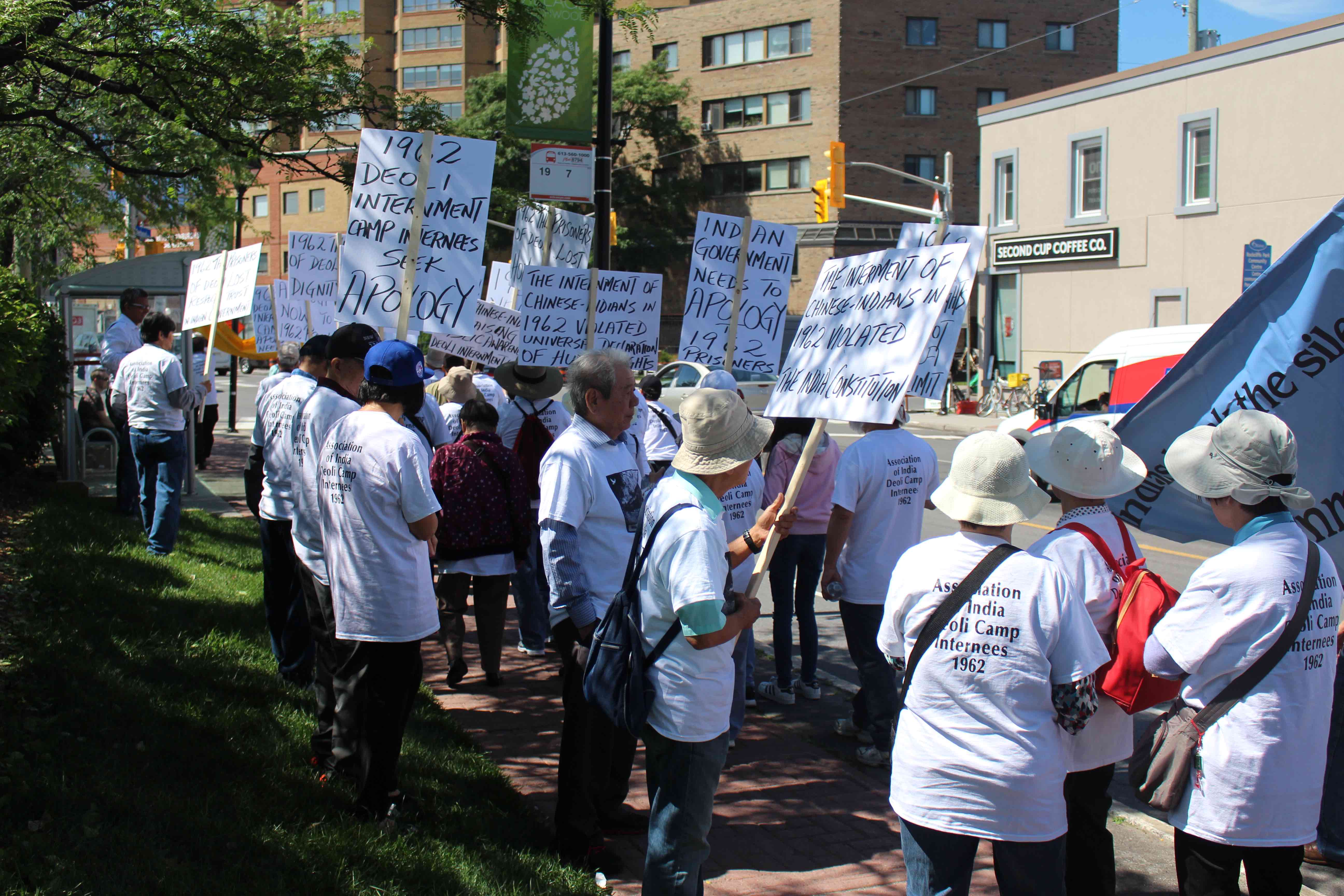 The August 24 demonstration in Ottawa was a big step for the Deoli-wallahs. Credit: By special arrangement/AIDCI

Their stories slowly started to come out – a memoir by a former internee, documentaries on their lives and even a 2015 visit to India by four survivors. But they have never got together for an event to publicly talk about their testimonies.

That’s why the August 24 demonstration in Ottawa was a big step for the Deoli-wallahs.

Early morning on thursday, around 53 internees and their families got together in a bus and left for the Canadian capital. For around three hours, they held a demonstration in front of the Indian high commission, which included a two minutes silence in memory of those who died during the interment. 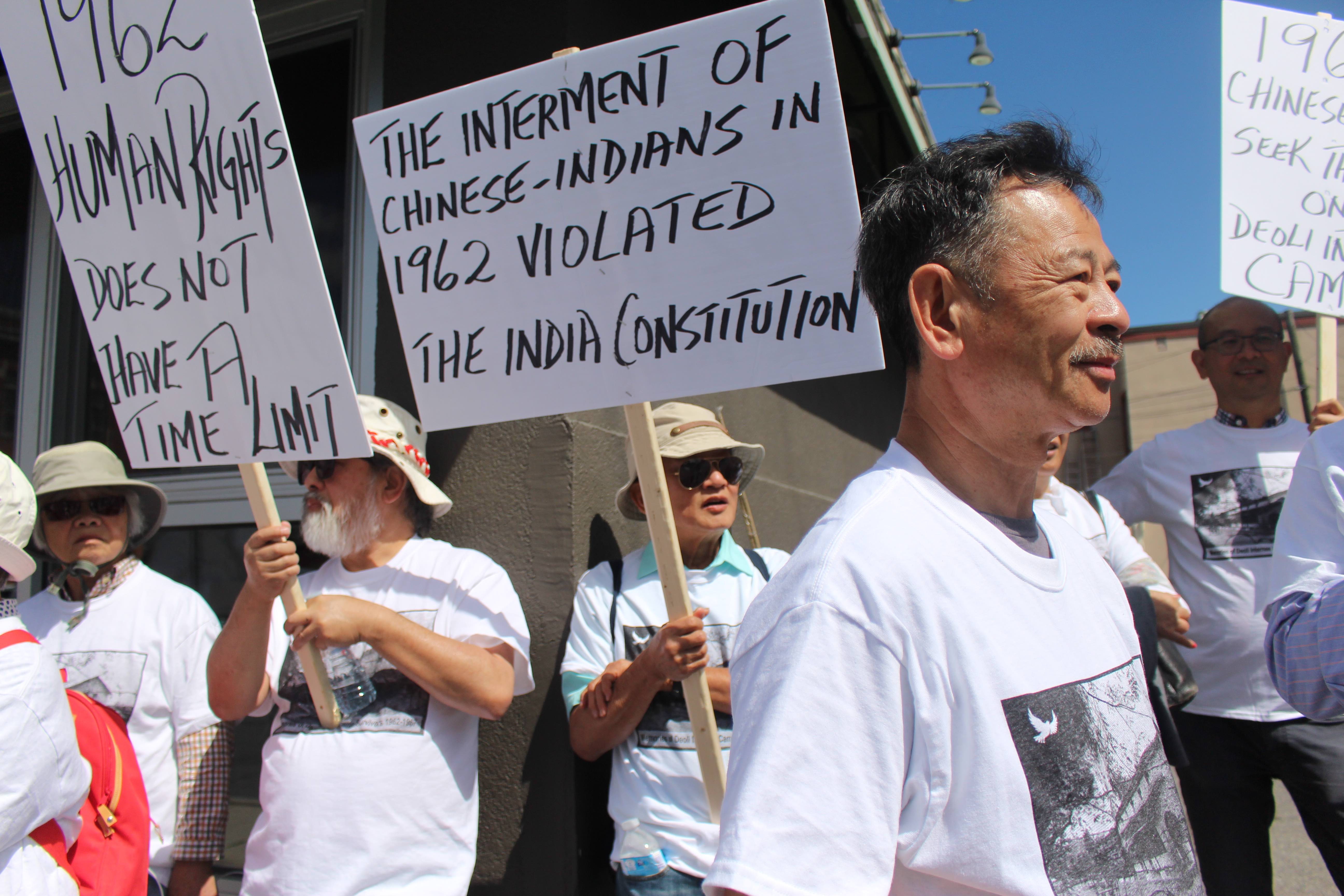 Chinese-Indians at the peaceful demonstration in front of the Indian high commission in Ottawa, Canada. Credit: By special arrangement/AIDCI

They held aloft home-made placards calling for apology from the Indian government. “Cannot let history repeat another 1962 Deoli Internment camp,” read a poster. Some of the participants publicly shared the memories of the camp, where they had lived under strict restrictions on their movement and amenities.

According to an AIDCI office-bearer, the Indian high commission did not accept their petition. The next day (August 25), the association’s current president Ying Sheng Wong and two former presidents delivered the letter to the Consulate General of India in Toronto. 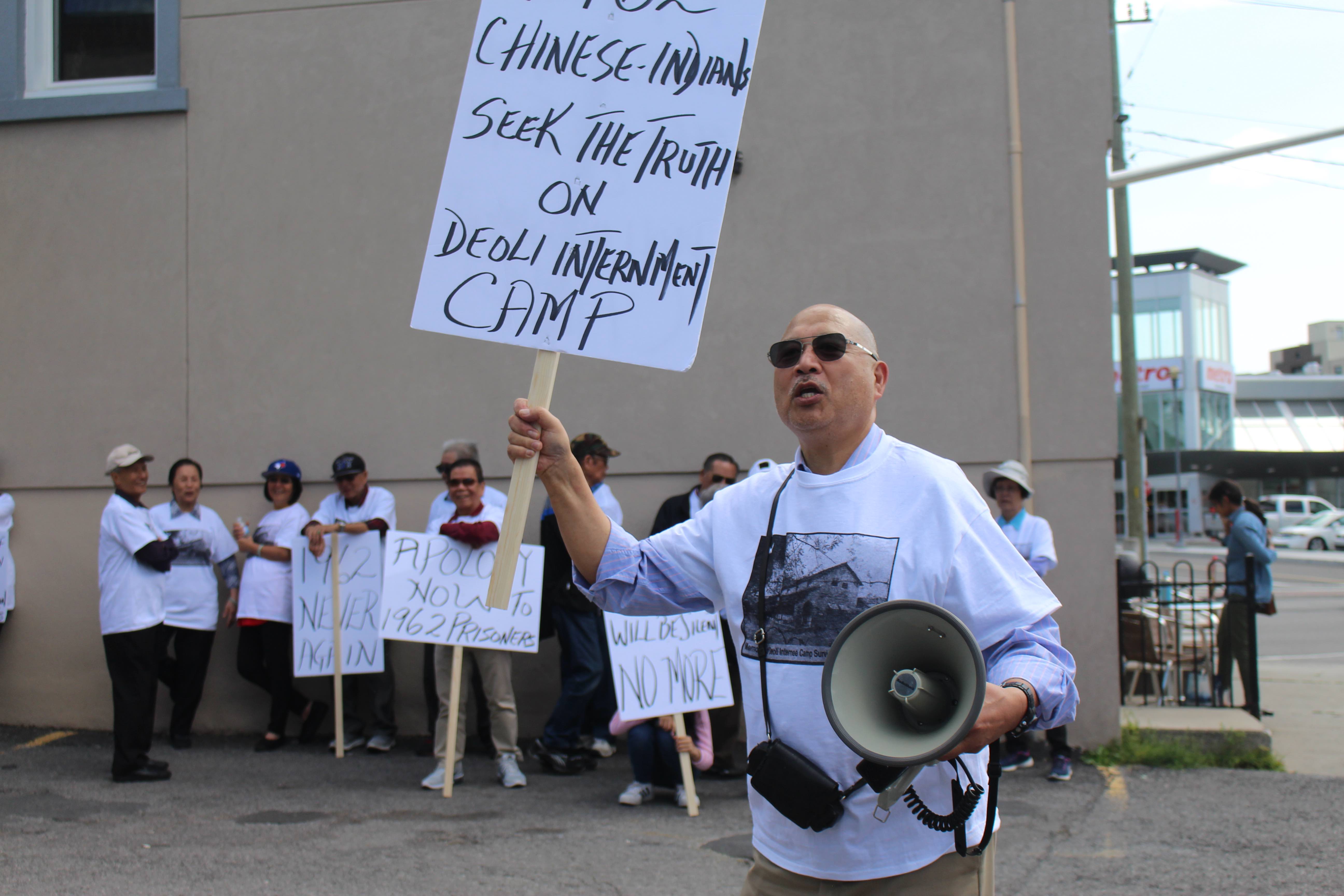 “Our next step is to continue our public awareness campaign of the 1962 Deoli Internment Camp to ask for the apology that these ex-internees are seeking,” said AIDCI’s Sheng Lin.

The AIDCI will again be gathering for their annual lunch for ex-internees and families on September 10.