At the very least, India must ensure that the Tibetan spiritual head's visit is kept low key. 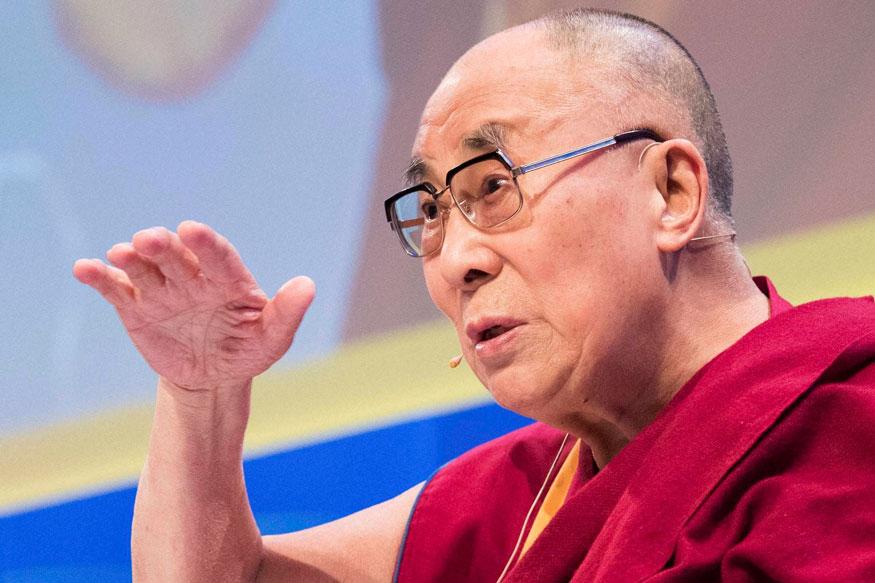 File photo of the spiritual leader of the Tibetans, the Dalai Lama. Credit: PTI

New Delhi still has two weeks to find a compromise formula on the Dalai Lama’s visit to Tawang that will allow both countries to put the issue back in the freezer. But what will happen if it does not try, or worse still, tries and fails? Will China take military action? And if it does, what will it be? This should have been the very first question the government should have addressed before embarking on the adventurism of the past three years. Instead, anyone who asks this question today risks being branded a traitor by Internet trolls of the BJP. So even many days after the Chinese unambiguous warning, it is the one question that no one, even in the media, has asked.

Needless to say, China will do what it considers to be in its best own national interest. From 2009 till as recently as 2015, it believed it had a strong motive for minimizing its differences with India. We were both members of BRICS; we had opposed the UN-sponsored onslaught on Libya and NATO’s proxy war on Syria, and we were wedded to the building of a multi-polar, as opposed to the US’s unipolar, world. But thanks to India’s stand on its intensifying conflict with the US over navigation rights in the South China sea, that perception has changed radically. Today, it may feel that its interests will be better served by doing the opposite and teaching India a lesson that not only New Delhi but the littoral states around the South China Sea will remember.

Ever since China revived the “nine-dash” line eight years ago and declared the South China sea to be part of its core security region, the US has not only been increasing its military pressure in the region but also encouraging the smaller littoral countries to ‘hang tough’ against the demands of Beijing. China claims that its demand has arisen out of nothing more than a desire to safeguard its interests in an area of vital importance to its economic and military security. It insists that it has no intention whatever of interfering in commercial navigation anywhere in the region, and requires only a military identification zone to be established covering the major  part of the South China Sea. This claim is somewhat disingenuous, but begins to make sense when viewed against its rising economic power, its growing hegemonic aspirations, and the US’ desire to contain both.

Beijing has seen the US attack Iraq, take the lead in destroying Libya and provide essential backup for the onslaught on Syria, all without a nod from the Security Council. It has seen two previous US administrations being dragged by its strongest allies, Israel and Saudi Arabia, to the brink of war with Iran. It has seen this expansionism remain a constant feature of three administrations, spread over twenty four years, that have differed with each other only in the justifications they have furnished for waging unprovoked war.

The Chinese state may be Confucian but its understanding of war and diplomacy is pure Clausewitz : rely on diplomacy to achieve the best possible outcome, and on defence to prevent the worst. It has been studiously trying to implement this policy with the US in the Western Pacific, but as its economic might has grown and the US’ technological capability to wage war from a distance has increased, this has become increasingly difficult.

After Obama’s ‘Tilt towards Asia’, the US now has more than 400 military installations spread in an arc around China, stretching from Japan and Okinawa to Australia. The Chinese are aware that the range of the US Navy’s standard, Block III, tomahawk missile is 690 miles (1094 kms) and newer versions, the Block IV and Block V travel even further. And they are worried that 70 percent of China’s industry is within this distance of the sea.

Nor has Beijing forgotten how the US Navy destroyed Gaddafi’s military capability by firing 133 ship-based tomahawk missiles into Libya in a single night. They cannot therefore be blamed for feeling vulnerable. Their definition of the south China sea as a core security region stems from this vulnerability, because the entire, colossal, industrial hub around Shanghai is only 511 miles from Okinawa.

This is a confrontation that only time, and careful handling, can prevent from spilling over into war. China began actively wooing India because it wanted its diplomatic help in averting, or at least softening, the edges of potential conflict. It was aware that India has tremendous soft power: it is a functioning democracy, has a very large market, threatens no one, and has an excellent record in policing the global commons. In addition, the million-plus NRIs who have settled in the US have become an indissoluble link between the two countries. India was therefore ideally suited to play the role of a moderator of conflict, much like heavy water in a nuclear reactor.

Modi forsook that role when he subordinated India to the US, so China may well be making a fresh set of calculations. If so these will in all likelihood be as follows: What message will confining ourselves to verbal protests when the Dalai Lama visits Tawang convey to the littoral states around the south China sea, and the US? If this is not one we want to send, what are our options? What message would a small war in the Himalayas send to the littoral states? Will such a war be containable? How will the world react?

We can only hazard a guess on how this debate will end, but betting that the Chinese will do nothing would be committing exactly the same mistake that Pandit Nehru made when he asked Indian troops to throw the Chinese off the Thagla ridge in 1962. India’s corps headquarters in Ladakh have noticed a steady build up in the launch pad facilities for artillery armour and aircraft across the Aksai Chin border. It estimates that the Chinese have reduced their launch time from a previously estimated two to three weeks to ten to twelve days. The Indians have noticed a bunching of military exercises closer to the Line of Control, which again shortens the time the Chinese need to start an offensive. And most ominous of all, a sharp increase in unmanned surveillance and missile defences against aircraft.

Against this activity on the other side, much needed and long promised weaponry has yet to reach the XIV corps from our side. Nor has it received any instructions on what is happening and what to prepare for. Today its military planners fear that were hostilities to begin in Ladakh, Pakistan may not be able to resist the temptation to pour Mujahideen into Kashmir. They army is therefore deeply worried that it may be forced to fight on three fronts simultaneously – against the Chinese on the east, against Pakistan on the north west and against non-state actors determined to disrupt supplies from the south west, ie from Kashmir.

Were the Chinese to decide that a small, easily won war would serve its strategic interests best because it would show up the hollowness of American support then, as Pravin Sawhney and Ghazala Wahab, authors of a recent book, Dragon on our Doorstep, have concluded after exhaustive research, India will lose. The terrain north of the border strongly favours the Chinese both in Arunachal and Ladakh; they vastly outnumber us, and with two railheads on the Arunachal border and all weather roads in Aksai Chin their logistical support is of the twenty-first century while ours is of the nineteenth.

India’s only advantage is that its airbases are at low altitudes and its aircraft can carry more fuel and weapons when they take off than their Chinese counterparts. But their capacity for giving Indian soldiers air cover has been severely eroded in the past two years by China’s rapid buildup of ground-to-air missiles and very sophisticated cyber war capabilities.

India will have the support of the US, but all that it can hope for is arms, and diplomatic support, neither of which will make a whit of difference to the outcome of the conflict. The truth is that it is not only the Tawang tract, but also much of Ladakh, that is indefensible in their present state of military and logistical neglect.

China may still decide not to force the issue of the Dalai Lama’s visit. But this possibility will vanish if Tawang becomes a media circus at the time of the Dalai Lama’s visit. The least that the Modi government should do is to follow the example of 2009 and ban the international, and all Indian media except the news agencies, from Tawang during his visit. Narendra Modi can go a step further and use the present standoff as a launch pad for repairing Sino-Indian relations as Wen Jiabao had done at Hua Hin in 2009.   But nothing he has done so far, in any sphere of policy has shown that he is capable of taking one step back in order to take two ahead.

This is the second and final part of a two part series on India-China relations.