"The capacity of the Chinese to build those projects is far greater than our capacity, both financially and technically and this has been a constant concern of the government." 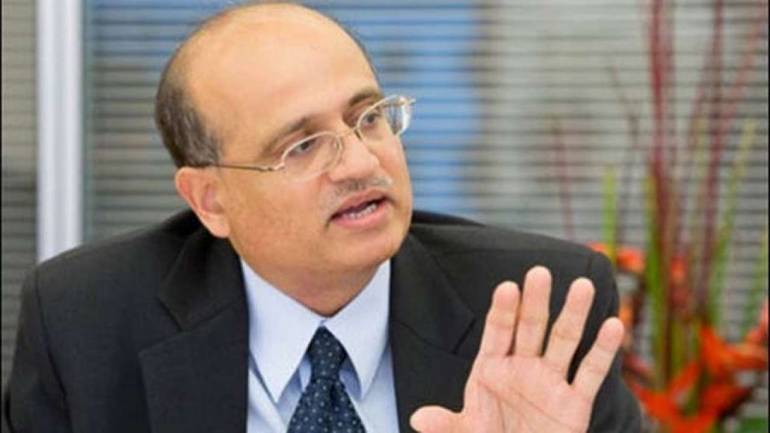 New Delhi: In a candid assessment, foreign secretary Vijay Gokhale said that China was “making headway” in infrastructure projects in South Asia and its “far greater” capacity to take up these undertakings are a “constant concern” for India.

Gokhale’s remarks were made to the Parliamentary Standing Committee on External Affairs at a hearing on February 16. These were reproduced in the latest report of the standing committee on the Ministry of External Affairs’ budget, which was tabled last week.

When the panel asked about China’s plans and proposals in the neighbouring countries, the ministry gave a measured reply stating that Indian assistance “should not be seen through the prism of competition from any third country, including China”.

However, in his ‘oral evidence’, Gokhale did not mince words.

He conceded that the “appearance of free money or cheap money as well as the quick execution of projects” had found many takers. However, experiences of increasing debt and high interest rates as a side-effect of the Chinese credit lines are “giving pause for thought” to India’s neighbours, he added.

Gokhale acknowledged that this re-evaluation of the cost of China’s large overseas project may not be enough to stop the Chinese juggernaut. “That is cold comfort to us in the sense that they are making headway in infrastructure projects in our neighbourhood,” he told the 12-member parliamentary panel.

“I think, the effort of our government in the last few years has been, therefore, to try to build some of the infrastructure projects which are of interest to those countries in our neighbourhood,” he added. Gokhale made a rather explicit link between Indian aid and Chinese advance in South Asia, which has so far not been publicly acknowledged by a senior Indian official.

India has been attempting to wean them away, he said, even as he post-faced it with a realistic admittance of superior Chinese capability.

“So, our efforts are to assist them in building infrastructure projects which will hopefully also be able to reduce the dependency on China in terms of infrastructure requirement, but that having been said, we have to acknowledge that at this point, the capacity of the Chinese to build those projects is far greater than our capacity, both financially and technically and this has been a constant concern of the government. We are continuously looking at how we address that concern.”

These are perhaps Gokhale’s first public remarks on China since he took over as the foreign secretary on January 29.

They have also surfaced in the current backdrop when India and China seem to be ‘re-setting’their relationship after a difficult period of strain over Doklam face-off and differences over Pakistan.

On the subject of Chinese projects in South Asia, he said, “The experience has been that while initially the appearance of free money or cheap money, as well as the quick execution of projects, which we have to admit, is very much a part of the Chinese modalities, was attractive to a number of these countries and they signed up very quickly to doing these projects”.

However, Gokhale said that there “have been some experiences in some of our neighbouring countries which are now giving at least some pause for thought”.

Gokhale, who had been India’s ambassador to China from January 2016 to October 2017, began his list of examples of Beijing’s controversial projects in the neighbourhood from Sri Lanka.

Sri Lanka entered into a debt-into-equity swap with China Merchants Port Holding company to get a majority stake for 99 years in the Hambantota port for $1.1 billion. 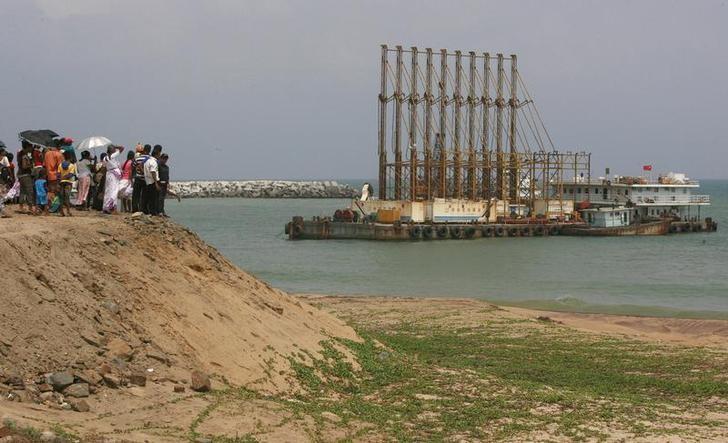 Moving to Bangladesh, he said that Chinese President Xi Jinping’s generous gift of soft loans worth billions of dollars during his 2016 visit may be getting delayed. “There has been some rethinking there,” he said. This has been due to much of the Chinese loans being offered “at interest rates comparable to international interest rates”, coupled with an insistence on “on buying Chinese equipment rather than tendering on international basis”.

There was a similar “rethinking” in Myanmar about the China’s plan to build a mega port and industrial zone in Kyauk Pyu in Rakhine State. The concern in the Southeast Asian nation was that the “sheer size of the port does not appear to be something that the Myanmar government is going to utilise in the next few weeks”.

The main difference between Indian and Chinese projects, Gokhale argued, was that the former are “largely demand-driven”.

“In other words, we wait for the governments of our neighbours to tell us what projects are required and then we proceed to do it rather than our offering projects to them. In this regard, our projects in Nepal, Bhutan and Bangladesh are prominent,” he said.

Bangladesh has the largest amount of Indian line of credits of $8 billion, followed by $1.65 billion in Nepal, $1.5 billion in Sri Lanka and nearly $700 million in Myanmar.

China has a clear advantage as a “very substantial net exporter of capital infrastructure”, said Gokhale. This was a result of its $12-trillion economy, as well as the vision of President Xi that “China will spread its presence abroad in an effort to protect its interest”.

In another part of the report, the ministry had said that following the 19th Communist Party Congress in October 2017, India will have to be gear up for a more aggressive Chinese foreign policy.

“The rise of China offers both opportunities and challenges and following the 19th Party Congress we will need to be prepared for a more confident posturing by that country,” MEA had said in a written statement to the panel on a question about factors shaping Indian foreign policy.

The ministry also acknowledged that China has gone ahead of India in the connectivity sector. “While we are working on the Asia-Africa Growth Corridor and the Chabahar Port development, China has clearly stepped up its role through the China Pakistan Economic Corridor and the Belt and Road Initiative,” said the MEA, as quoted in the report. 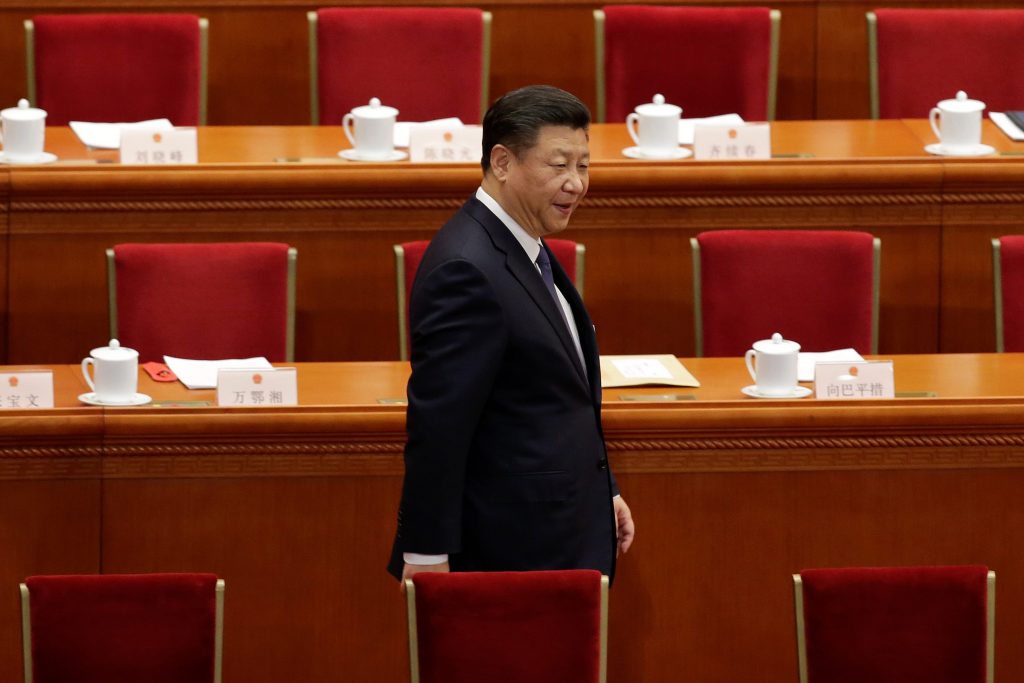 In a reference to the rising visibility of China in the India Ocean, the ministry said, “Not all such activity has been a positive for us.”

A response to increased activity by “extra-regional powers” in the Indian Ocean has been “deeper engagement, projecting our capabilities as a net security provider in the maritime domain, intensifying our engagement with Seychelles and other small island states as also through plurilateral platforms such as the QUAD, staging of maritime exercises and entering into bilateral relationships with other maritime powers”.

The ‘Quad’ is the short-hand name for the informal meeting of India, Australia, US and Japan which was revived last year at the official level after a decade of dormancy.

When the panel inquired whether MEA could formulate a “grand strategy”, Gokhale gave a strong pushback. “My own sense is that we are still at the beginning of what is going to be the shape of things to come”.

The Indian foreign secretary replied that “having a grand strategy when the world is in such flux, might land the Ministry of External Affairs with the pitfalls that the Standing Committee might then question us as to why we thought something was going to happen and did not”.

Gokhale said that the world was moving back into an age “where two countries, United States and China have put forward ideological position about what Foreign Policy consists of”.

China, just like the US, was becoming evangelical about exporting its ideology, even though “for 30 years, essentially talked of socialism with Chinese characteristics and that they did not export their policy”.

He pointed out that China had in the Party Congress last year “explicitly” mentioned that the “our model of economic development is something which can be shown to the rest of the world”.

The Congress had also showcased, he stated, a “concept of the community for the shared future of mankind, their sort of overarching theme on political relations is juxtaposed to the United States Cold War System of Alliances”.

“Now, how far this will go is a matter of debate, but we need to watch it,” he added.

“China for many years had said that they did not intend to do this because it was very typically a cold war construct which the Americans had done. Sir, as we know now, the logistics base in Djibouti is the first one where in October, the President, Xi Jinping, wearing combat fatigues addressed the soldiers, thereby removing even the veil of some ambiguity whether or not this is a military base.”

While he said that it would be difficult for India to formulate a strategy with the geopolitical situation still evolving, the Indian foreign secretary said that India “should and do have our worldview”. The Indian worldview “essentially centred on the concept of Vasudhaiva Kutumbakam,” asserted Gokhale.

He acknowledged that more work “needs to be done in fleshing that out”, but added that the intention as per the references made by Indian leaders under the concept “is not to fall between two stools”.