On Thursday, Swaraj had told Rajya Sabha that India’s position to end the stand-off at Doklam was for both the countries to withdraw their troops. 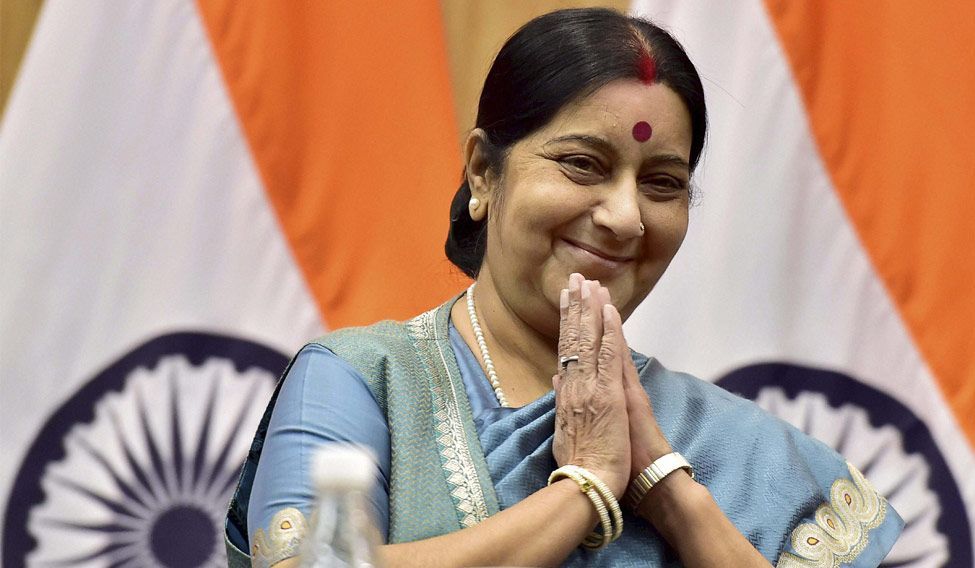 On Thursday, Swaraj had told Rajya Sabha that India’s position to end the stand-off at Doklam was for both the countries to withdraw their troops. She also asserted that “all countries are with us, as everyone feels that that they are being too aggressive on a small country like Bhutan – which had also protested in four days”.

The Indian foreign minister had reiterated India’s assertion that Indian troops got involved and crossed the border from Sikkim as by building a road at Doklam, China was trying to change the status-quo of the disputed tri-junction boundary point.

“She was lying to the parliament,” said the Global Times editorial, published in both its English and Chinese editions titled “Military conflicts to escalate if India refuses to withdraw troops”. The Chinese version of the editorial apparently referred to her as “female foreign minister”.

The editorial claimed that it was wrong to claim that India had got universal support. “First, India’s invasion of Chinese territory is a plain fact. New Delhi’s impetuous action stuns the international community. No other country will support India’s aggression”.

China has claimed that it was making a road on its own territory and therefore, the presence of Indian troops in Doklam was a violation of the 1890 Anglo-China agreement on boundary of Sikkim and Tibet.

Stating that Indian military strength is “far behind” China, Global Times asserted that that if the stand-off was escalated to a military conflict, “India will surely lose”.

It asserted that India should not count on support of US and Japan “because their support is illusory”.

“If India fancies the idea that it has a strategic card to play in the Indian Ocean, it could not be even more naive. China does hold a lot of cards and can hit India’s Achilles’ heel, but India has no leverage at all to have a strategic showdown with China,” said the editorial.

India, US and Japan have just completed join naval exercises, Malabar 2017. This was the first time that Japan had joined India and US in their annual bilateral naval exercises.

Further, the editorial warned that the longer the time that India took to withdraw troops, “greater the risk that it will face from a military counteraction and the more clout it will lose politically. China’s military pressure on India will increase every day and India will end up losing face and be totally disgraced”.

While the Global Times, like most media in China, is owned by the government, it is a matter of debate as to whether its editorials and articles are a direct reflection of the views of the Chinese state. During the current stand-off, Global Times has been particularly strident. At the same time, it was the the People’s Daily, a mouthpiece of the Chinese communist party, which raised the bar in terms of reference to the Sino-Indian war by re-publishing an editorial printed just before the onset of 1962 war.

After Swaraj’s statement in parliament, the Chinese foreign ministry spokesperson said on Thursday that diplomatic channels remain “unimpeded”, but added that “the withdrawal of Indian border troops who illegally crossed into China’s territory is the prerequisite and basis for any meaningful dialogue between the two sides”.

Meanwhile, normal diplomatic meetings continue, with a senior Indian diplomat from the ministry of external affairs taking part in the meeting of policy planning leadership of BRICS countries.

Next week, National Security Advisor (NSA) Ajit Doval will be in China for the meeting of BRICS NSAs. There is, however, not indication yet of whether he will have more meetings with Chinese officials on the sidelines of this meeting.

While Global Times editorial slammed India, the People’s Daily carried an op-ed article on the same day on the growing closeness between the various BRICS members: China, Brazil, India, South Africa and Russia.

India has tried to keep the temperature in New Delhi on an even keel, with limited public statements. The first formal Indian response was issued by MEA on June 30, followed by a reference by Indian foreign secretary in his speech and questions taken at two weekly media briefings.