The Budget for foreign aid has gone up substantially. 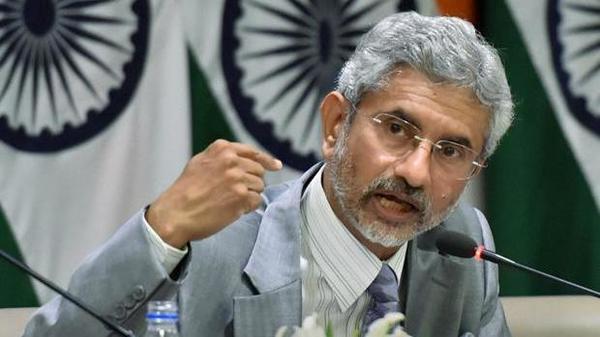 New Delhi: The first Budget of the Modi government’s second term saw a sharp hike in money allotted for foreign aid, largely on the back of the increased funding for projects in Mauritius, Maldives and the Himalayan neighbour countries.

According to the 2018-19 Budget, India plans to spend Rs 9,069.34 crore on various projects in foreign countries. This is not only a hike of 25% from the last financial year’s revised estimates, but also an ambitious 54% increase from what the Indian government actually spent as foreign loans and grants in 2017-18.

This is the biggest jump in foreign aid since the NDA government took over in May 2014. Previously, there had a spike in government spending in foreign aid by over 20% in 2015-16 compared to the previous year. However, it was followed by two consecutive years of shrinking expenditure, with the lowest dip at Rs 5,890 crore in in 2017-18.

While allocation for foreign grants and loans increased sharply in quantitative terms, there has been a gentler upward curve in terms of its share of the overall Budget of the government of India. From a high of 0.49% four years ago, it dropped to a low of 0.27% in 2017-18, and rose slightly to 0.33% in the 2019-20 Budget.

As usual, Bhutan continues to be allotted the largest share for a single country in India’s foreign aid budget. However, it has seen a substantial drop in proportion, with more countries getting a larger cut of the pie.

Modi is scheduled to travel to Bhutan next month, where he will inaugurate the 720 megawatt Mangdecchu project and discuss an additional hydropower project that would also require continuing financial support.

According to sources, the increasing funding was essential as several of India’s large proposals – Metro Express, Supreme Court building and also infrastructure at Agalega Island are expected to gather steam.

Similarly, India’s other key ally in the Indian Ocean, Maldives will also get a fresh infusion of funds.

India has been eager to gain lost ground by completing pending projects and other commitments ever since the 2018 September elections heralded the defeat of pro-China President Abdulla Yameen. Modi not just attended the swearing-in ceremony of President Ibrahim Solih in November last year, but also made Male his first foreign port of call after winning his second term.

The other big leap was made by Nepal. While relations with Kathmandu remain a bit strained, India has increased the allocation for its norther neighbour from an actual disbursement of Rs 376.61 crore in 2017-18 to an estimated Rs 1,050 crore in 2019-20 – a boost of 178%.

There has also been an increase in allocation for African countries to Rs 450 crore in 2019-20, with the next summit to be held soon in 2021.

Also read: Does Modi 2.0’s First Budget Back Its Promises With Adequate Expenditure?

The conspicuous missing piece in is the absence of any expenditure on Iran’s Chabahar port in the last two years.

The Iranian port, which is key to India’s connectivity plan to Afghanistan and Central Asia, had been given a separate head in the Ministry of External Affairs’s accounts two years ago.

In May 2016, India signed a trilateral agreement with Iran and Afghanistan for the transit of goods from Chabahar port, while Iran offered two berths for development.

India Ports Global Limited took over operations at Chabahar’s Shaheed Behesti port in December 2018. Till now, four consignments for exports have been sent by Afghanistan through this port.

But India’s development work at the port is virtually stalled due to the sanctions by the United States. While Washington has apparently given a waiver to India to develop Chabahar, foreign suppliers have refused to honour their contracts, worried they could still face strictures.

India did spend Rs 100 crore on Chabahar in 2016-17. But the allocation of Rs 150 crore in the next year (2017-18) was never used. Similarly, 2018-19’s budget estimate of Rs 150 crore for Chabahar has been whittled down to zero in the revised allocation. For 2019-20, MEA has been allocated an optimistic Rs 45 crore, but it remains to be seen if the development work is able take off amidst gathering war clouds in the region.

Overall, South Asia’s share has remained on a downward trajectory, falling to 58% of foreign aid, with India opening its wallet for the Indian Ocean in this Budget.

Meanwhile, the Indian government’s key instrument for diplomacy, the Ministry of External Affairs, has obtained a 14.7% hike in the allocation for 2019-20, compared to revised estimate for 2018-19. This means an even more respectable 19% rise when evaluated against the ministry’s actual expenditure in 2017-18.

MEA’s share in the overall government’s budget has, however, remained steady. The highest share was in 2015-16, when the MEA spent around 0.81% of the Indian government’s total expenditure. This plummeted to 0.65% the following year – and has since hovered close to that number.

The MEA will have to make judicial use of its allocated financial resources, with the government highlighting the proposal to add 18 new resident embassies over four years as a priority policy.

The opening of the new Indian missions was specifically mentioned by finance minister Nirmala Sitharaman in her budget speech on Friday. “This will not only increase the footprint of India’s overseas presence, but also enable us to provide better and more accessible public services, especially to the local Indian community in these countries,” she said.

So far, five new embassies have been opened in Rwanda, Djibouti, Equatorial Guinea, Republic of Guinea and Burkina Faso, with another four scheduled to be launched in 2019-20.