At the end of the virtual summit, the leaders of all five BRICS members released a joint statement extending support to UN-backed humanitarian assistance to Ukraine and pledged to "respect the sovereignty and territorial integrity of all states". 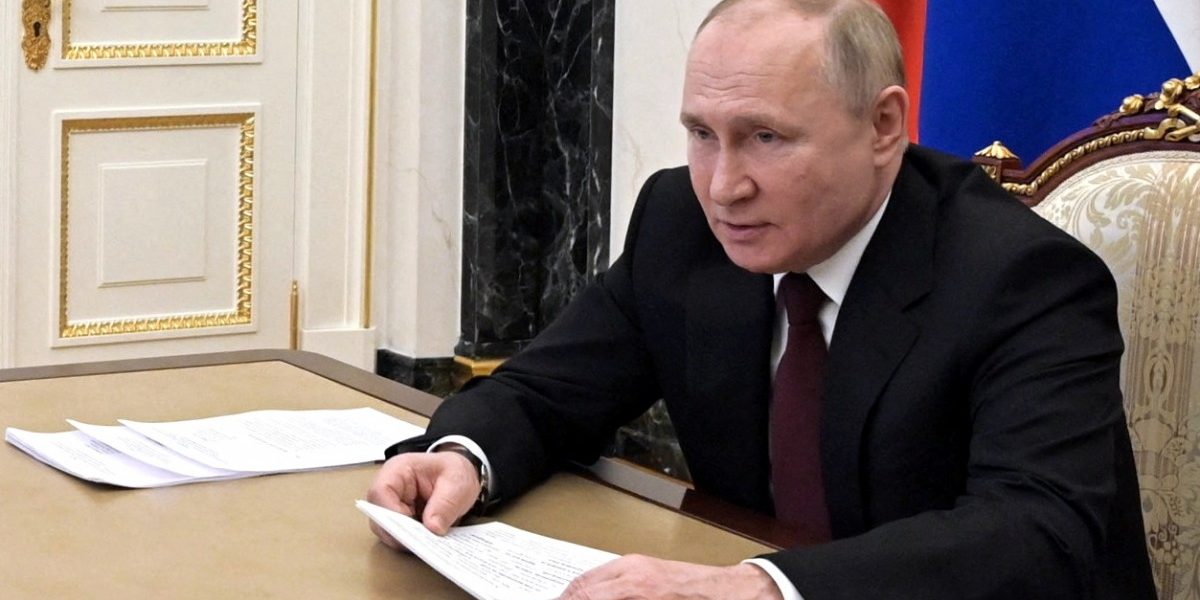 New Delhi: The BRICS countries, including Russia, China and India, jointly reiterated their support for UN-facilitated humanitarian assistance and peace talks to resolve the Ukraine war, even as leaders committed to respecting the sovereignty and territorial integrity of all states.

While no significant decisions were announced, the meeting was in the spotlight as it was the first major multilateral get-together attended by Putin since Russia invaded Ukraine on February 24.

At the end of the virtual summit, the leaders of India, Russia, China, Brazil and South Africa released a joint statement. This was the third consecutive year that the BRICS summit was held in the virtual mode.

The joint statement mentioned that the leaders expressed their national positions on the Ukraine war at the summit.

“We support talks between Russia and Ukraine. We have also discussed our concerns over the humanitarian situation in and around Ukraine and expressed our support to efforts of the UN Secretary-General, UN Agencies and the International Committee of the Red Cross (ICRC) to provide humanitarian assistance in accordance with the basic principles of humanity, neutrality and impartiality established in UN General Assembly resolution 46/182,” the statement read.

Further, the document also listed the leaders’ assurance to “respect the sovereignty and territorial integrity of all states, stress our commitment to the peaceful resolution of differences and disputes between countries through dialogue and consultation, support all efforts conducive to the peaceful settlement of crises”.

Besides Russia, China and India are also in the midst of a two-year-old military standoff in the western sector of their long mountainous boundary. India has claimed that Chinese troops had transgressed at several parts of the Line of Actual Control (LAC) in Ladakh, which resulted in fatal clashes between the soldiers of the two Asian giants.

In their opening remarks, which were broadcast in public, Putin called for stronger BRICS cooperation and took a swipe at the West, which he accused of inciting a crisis.

“Only on the basis of honest and mutually beneficial cooperation can we look for ways out of the crisis situation that has developed in the global economy due to the ill-considered and selfish actions of individual states,” Putin said.

He accused the West of “using financial mechanisms” to “shunt their own mistakes in macroeconomic policy onto the whole world.”

Among the various leaders, Chinese President Xi was the only one to explicitly refer to the Ukraine war by name. “The combination of the COVID-19 pandemic and the Ukraine crisis has resulted in disruptions to global industrial and supply chains, sustained hikes of commodity prices, and weaker international monetary and financial systems,” he noted.

Echoing his earlier remarks, Xi also took a swipe at the West by asserting that some countries were trying to “expand military alliances to seek absolute security, stoke bloc-based confrontation by coercing other countries into picking sides, and pursue unilateral dominance at the expense of others’ rights and interests”.

“If such dangerous trends are allowed to continue, the world will witness even more turbulence and insecurity. It is important that BRICS countries support each other on issues concerning core interests, practice true multilateralism, safeguard justice, fairness and solidarity and reject hegemony, bullying and division,” the Chinese President said.

China has been highly critical of the ‘Quad’ grouping, which senior Chinese officials have described as an “Asian NATO“. India, a fellow BRICS member, is also part of the Quad initiative, along with the United States, Japan and Australia.

In his public opening remarks, the Indian Prime Minister did not dwell on the Ukraine issue. He noted that the BRICS members shared a “very similar view of the governance of the global economy”.

“And so our mutual cooperation can make a useful contribution to the global post-Covid recovery,” Modi said.

He said the structural changes undertaken in BRICS in the last few years increased the influence of the grouping. It is a matter of happiness that membership to the New Development Bank (NDB) has increased, Modi said, adding that cooperation among the member countries has benefitted their citizens.